Wow I am getting so close to getting caught up! WOOHOO! Only 2.5 weeks behind at this point.

Sunday, September 12th we drove up to Hutchinson, Kansas (about an hour drive for us) to check out the Kansas STATE FAIR! Now if you remember the Minnesota State Fair was an annual thing for us and a pretty big deal. We knew this one wasn't going to be as big and def not as crowded (thanks to covid) but we still wanted to give it a shot. 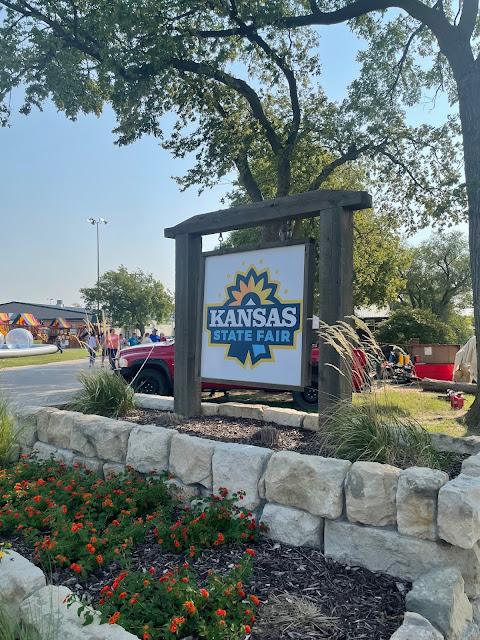 First stop (after the restroom and walking a WAYS) was the giant slide. Not quite as giant as the MN one but still fun. 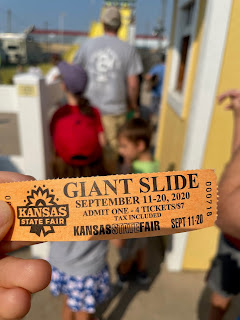 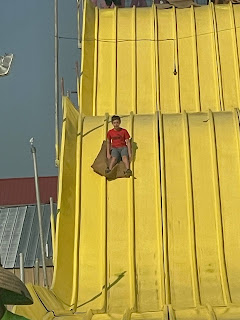 Then was 'breakfast' and coffee. French toast sticks and a chili cheese dog for Isaac. Girls had just finished eating cotton candy. I will admit the food isn't as big a deal here as it is in MN. 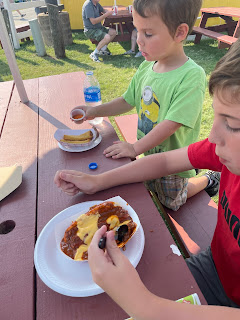 Isaac found mini-donuts! He was excited. They even had a little mini donut machine we got to watch, I'll see if I can get the video to post. 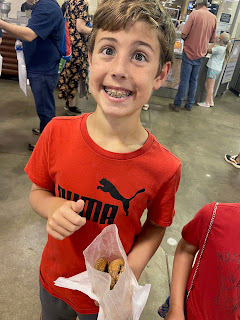 The one thing we had read about before coming was the ginormous butter sculpture! 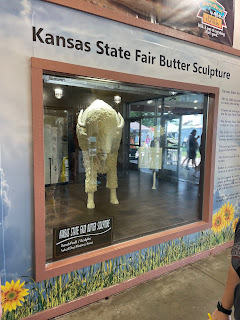 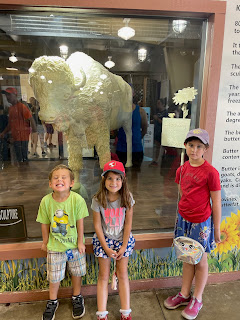 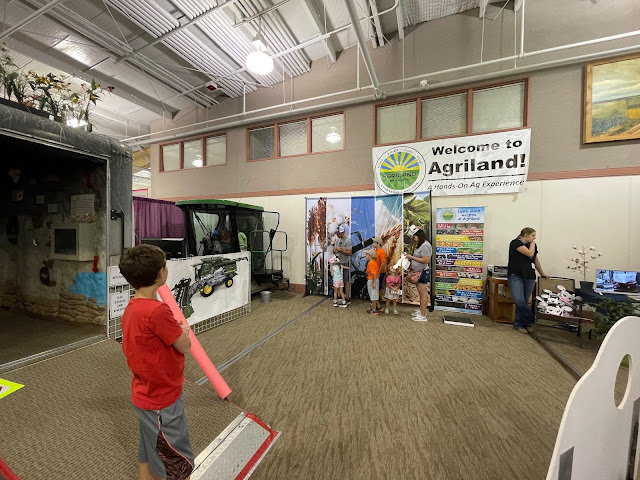 Then we all went for a ride on the little rail road. 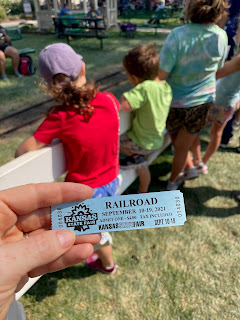 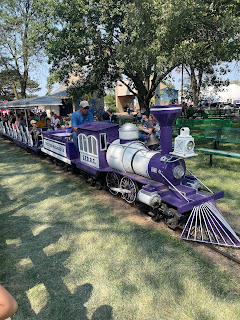 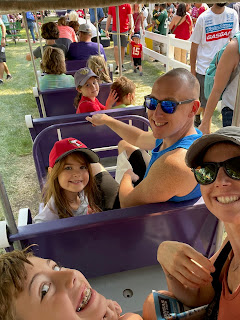 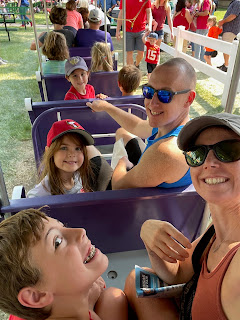 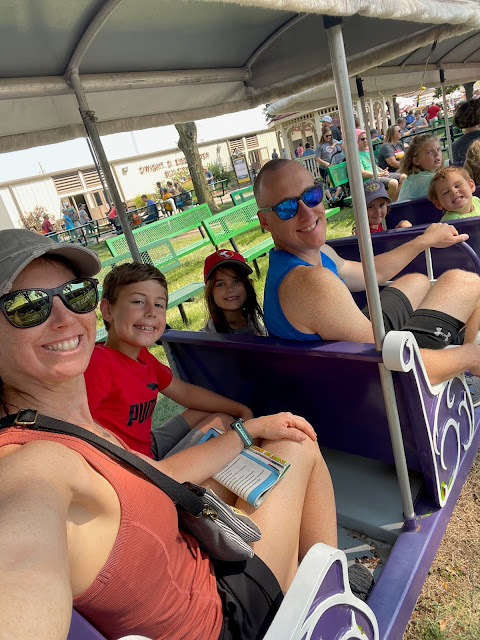 They had a Ye Ol' Mill like Minnesota... but definitely NOT like Minnesota! It was SCARY! Everyone was excited to go but when we realized it was scary with halloween stuff Thomas and Emma and Kyle said NO WAY. So just Isaac, Mary, and I rode it. Def prefer the MN ride. 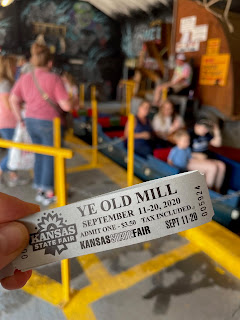 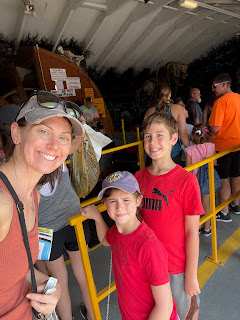 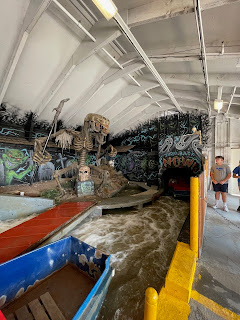 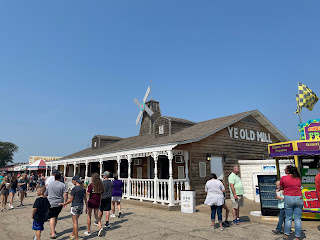 Off to the poultry barn. We found this online scavenger hunt to do through KState, we're suppose to be getting a T-shirt mailed to us for competing it, but it was a helpful way to keep us engaged and looking for answers to various questions. One was what's the longest earned bunny at the fair. 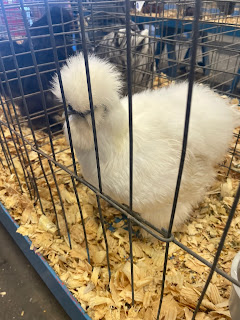 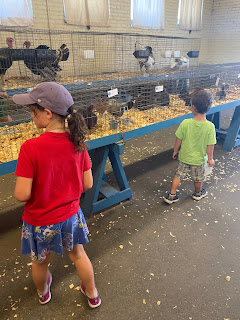 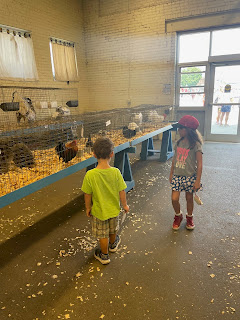 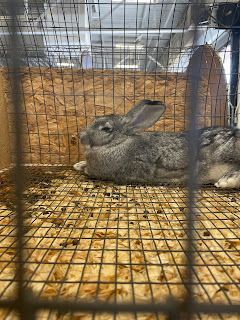 Found some cheese curds ALL THE WAY FROM WISCONSIN. lol 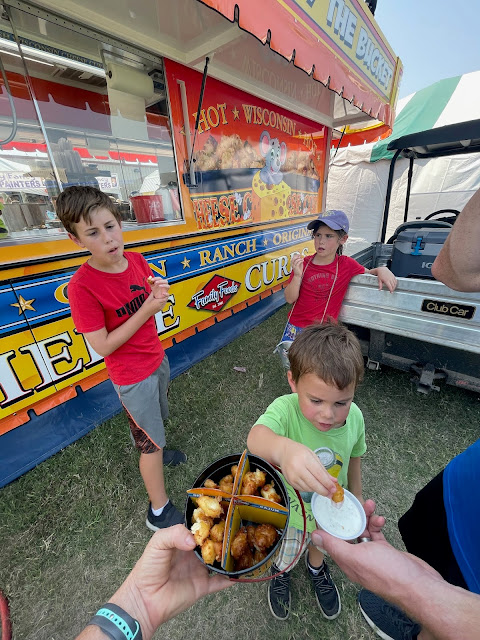 Thomas REALLY wanted to ride the Ferris wheel. Since the three of us did ye ol mill, Emma, Thomas, and Kyle were going to do the Ferris wheel but then Emma said no. We had to buy carnival tickets for this ride so had a few left over and divided them up. 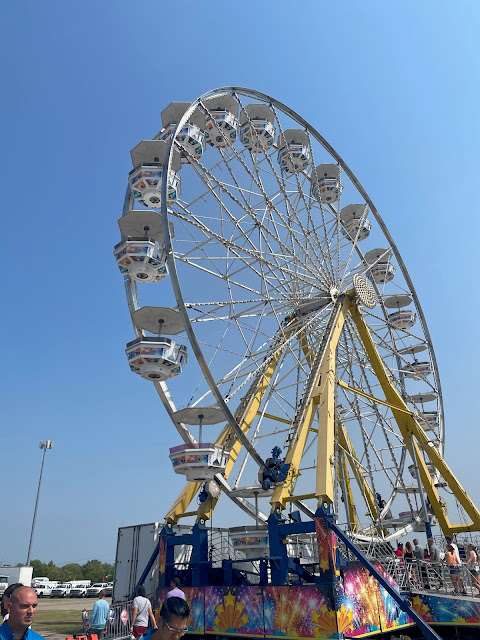 Instead of making an informed decision of course the other three immediately used their tickets (and probably immediately regretted it after walking down the midway and seeing all the other options) but they choose to use their tickets on the Magic Mirror Maze. 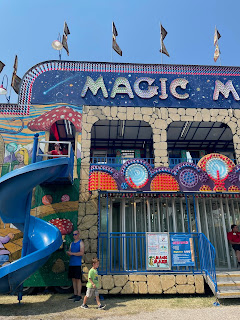 Thomas had a ticket left over and he rode the firehouse ride. I remember Isaac riding a similar one at Mall of America :-) 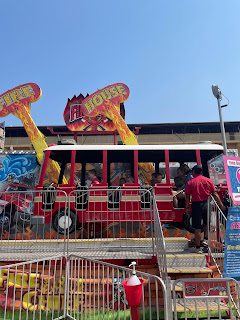 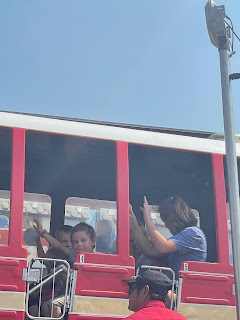 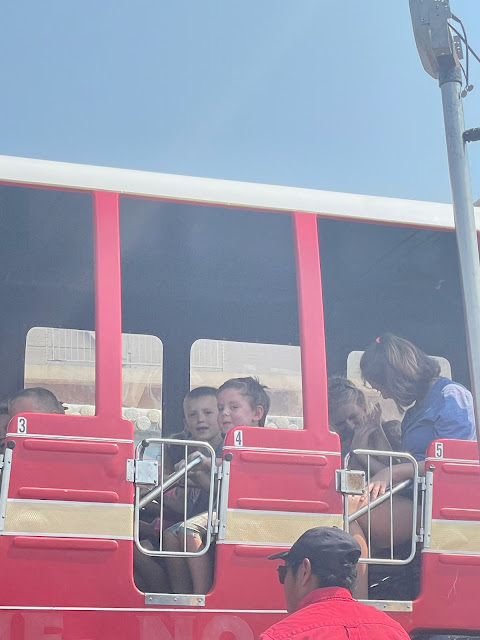 Emma was the last one with a ride left and she chose the roller coaster. The girl beside her was scared. 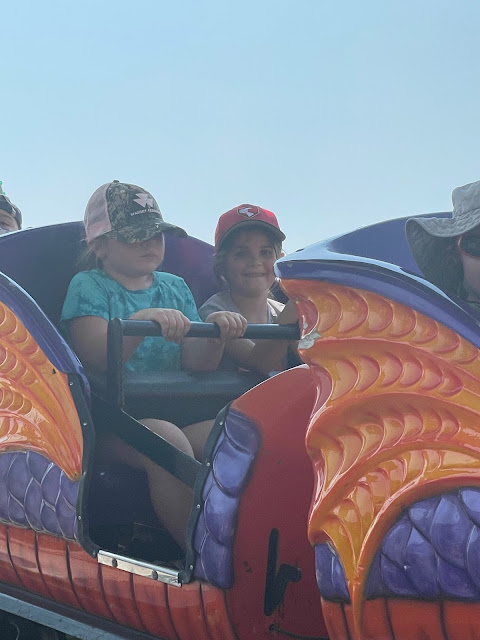 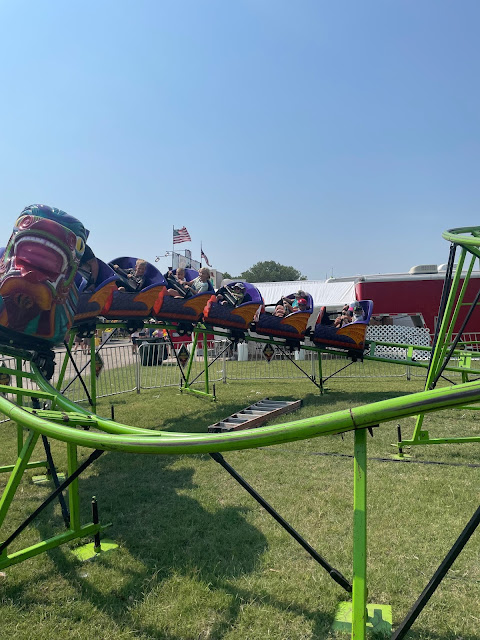 By this time we were all HOT! and getting tired so we headed back to the car. We pretty much made it through the whole thing, and still had an hour drive ahead of us. We didn't want to be away from Harpo too long so wanted to get back at a decent time. But overall it was a fun trip to a new State Fair.
posted at 9/29/2021 03:50:00 PM