Just when I think I am closing the gap on updating the blog, I get further behind. Goal is to bust out July, August and get caught up to September this WEEK!

Here's a collection of July photos from the 21st through the end of the month.

The girls had been wanting to do gymnastics, they were signed up in June... but ended up being more of an open gym... PE type class and they weren't learning anything. The evening classes weren't working with our schedule so I did a 2 week cram in four private lessons. They went Tue and Thursday for the two weeks before we were to be out of town... and then SCHOOL was starting so our summer was quickly coming to an end. Here they are in some of those sessions: 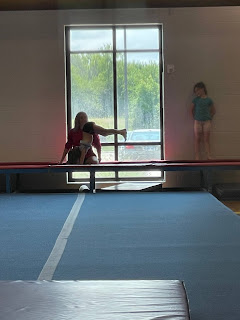 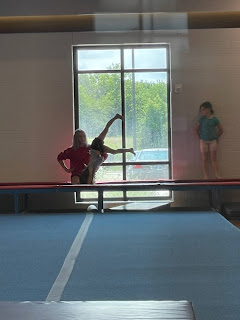 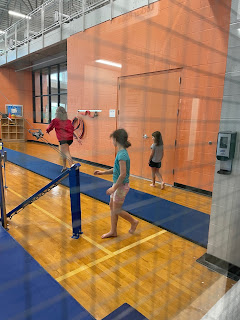 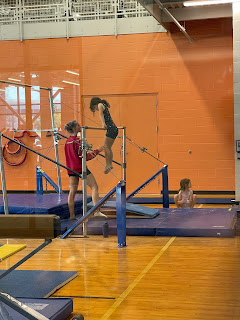 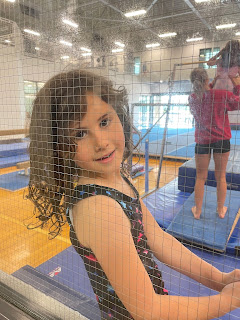 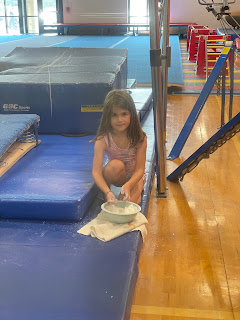 The girls had an Art Camp on July 21st in the afternoon. While they were at the Wichita Art Museum Thomas, Isaac, and I made a visit to exploration place. 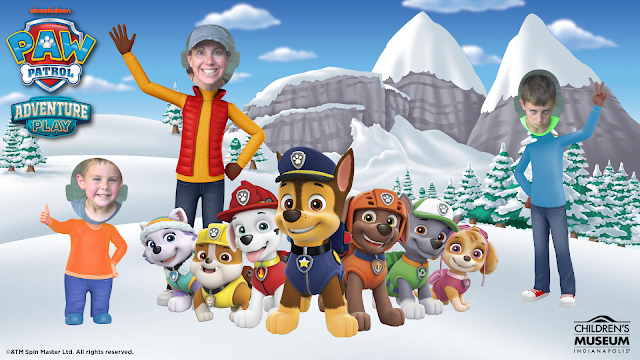 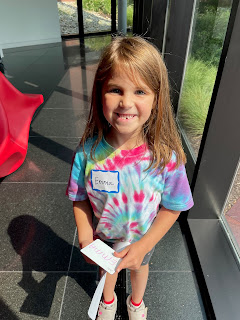 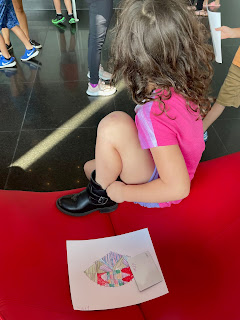 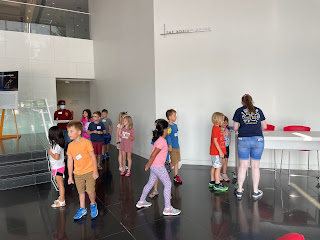 We had been taking advantage of the Parent Night Outs at the YMCA throughout the summer. They offered them twice a month on Saturdays, we probably did 3 or 4. The kids liked it because all four could go, they started in the kid zone, they'd get to swim, then have pizza and end playtime in the gymnastics area. Kyle and I would go out to eat and then we'd hit the Escape Room, cuz there was really nothing else to do. We've hit four of the room so far, and getting better with our problem solving skills. 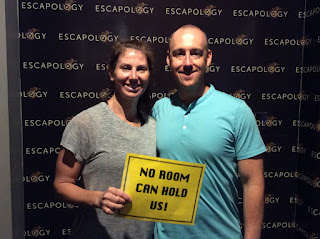 Trip to the Aviation Museum on July 24th. 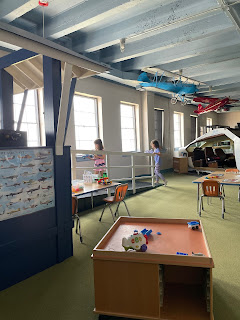 Beautiful sunrise that day. I had been leading a holy yoga class in the prayer garden... but no one ever showed up so I'd end up doing yoga by myself which I'm not complaining about :-)
Sun one way, moon the other, same time. 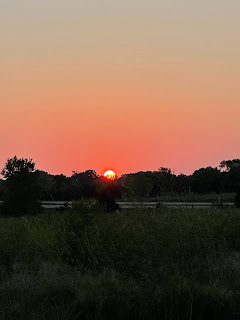 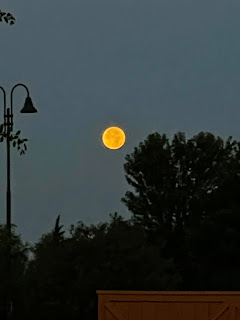 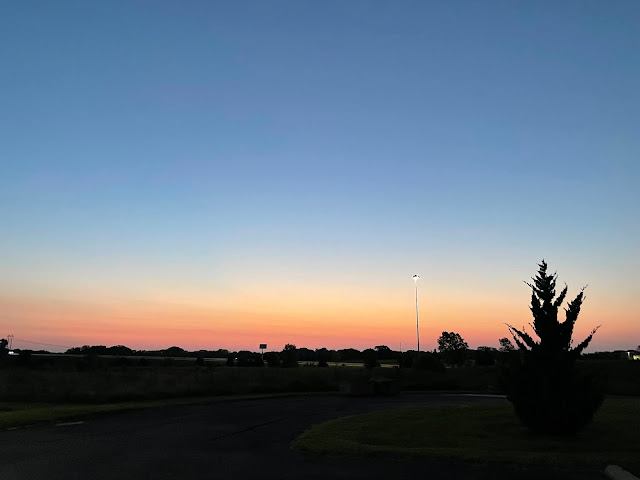 Thomas getting in a nap. He doesn't nap everyday, but when he does it's glorious :-) 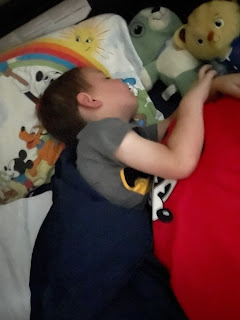 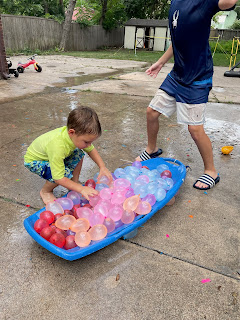 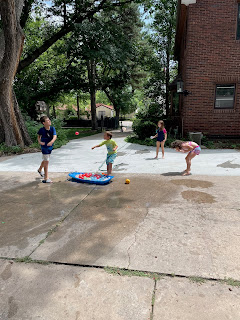 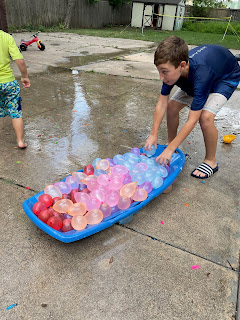 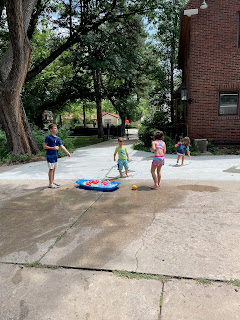 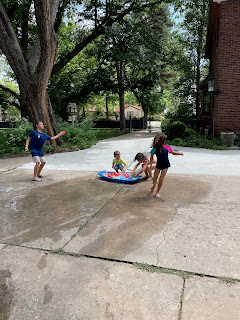 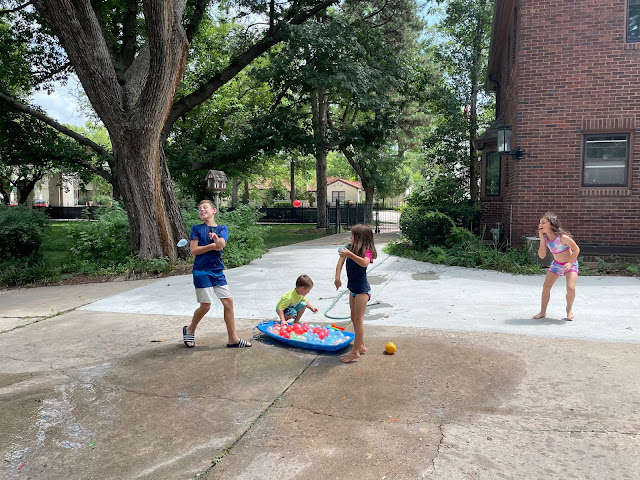 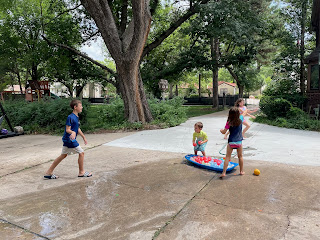 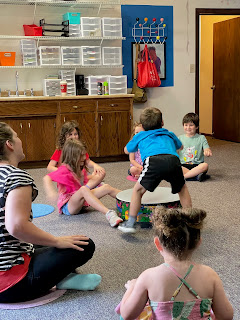 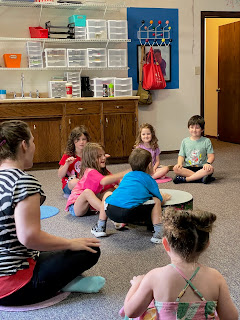 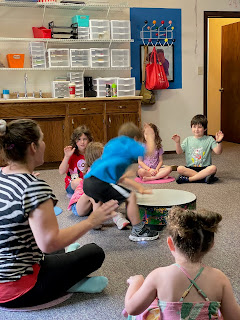