Isaac's dream of playing tackle football has finally come true! We signed him up last spring but they didn't  have enough for a league so they combined it with the flag football. So we signed up for fall ball. Got the call while we were in South Carolina for what team he was going to be on. I had a phone conversation with the coach and boy does it seem serious. It is the real deal and hard core. The coach had just got a list of boys from the city but his team had already been practicing for 2 weeks Monday - Tuesday - Wednesday -AND Thursday... once school started they would drop the Wednesday night practice. So Isaac had some catching up to do. They were to wear white shirts and black shorts for practice and it would be another week or so before they started contact. 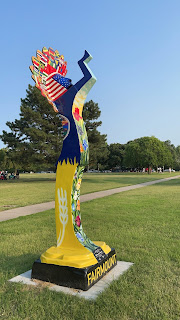 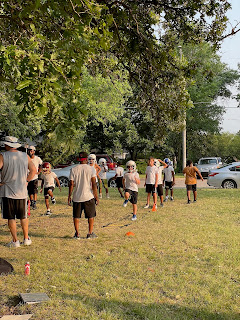 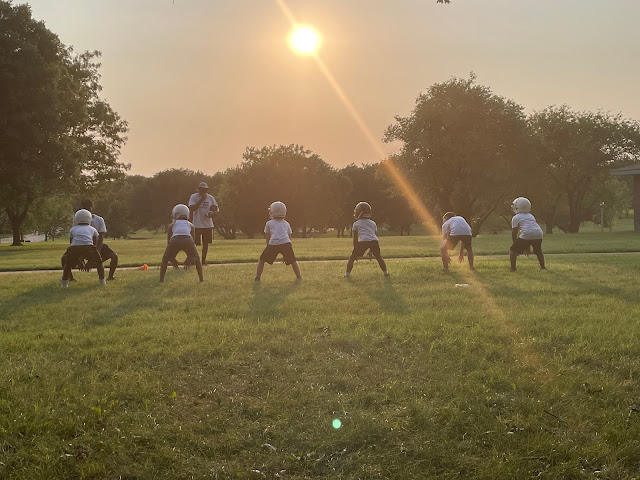 Isaac's first night was intense. As you can see in the photo above he had some learning to do... first off how to stand in the line, lol. He has never had a REAL practice and conditioning like this before and it was HOT! He ended up coming home and throwing up all over the back entry way. We talked about what real football looks like and if he want to play he's going. to have to put in the work. The next morning he was up and dressed in his practice outfit ready for the next night of practice, lol. So I guess you could say the throwing up didn't bother him.
2nd night getting fitted for pads and a helmet. 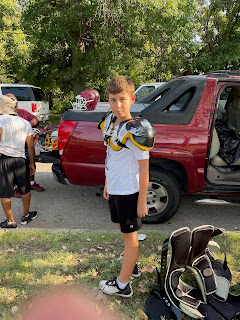 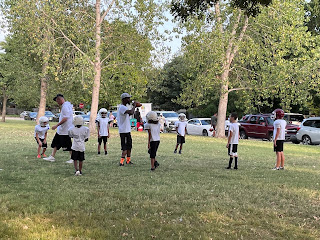 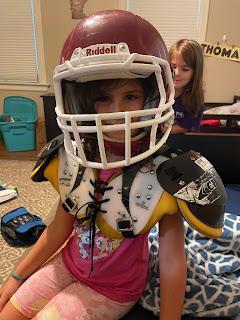 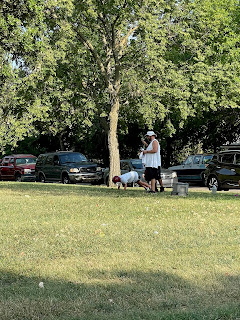 Lots of pushup happen. They are hard core, but fair. You don't listen: pushups. You don't follow directions: pushups. 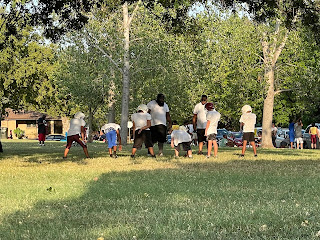 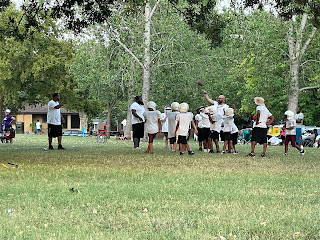 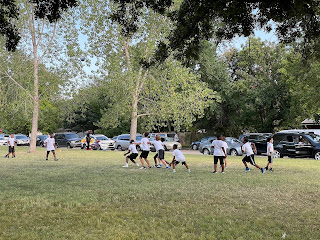 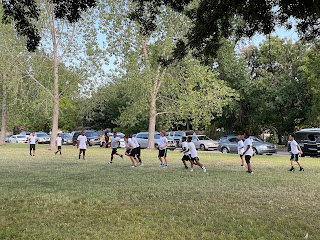 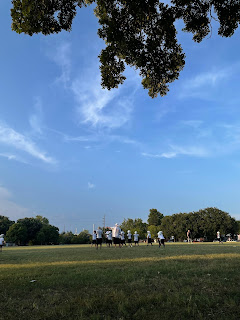 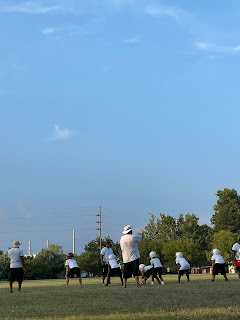 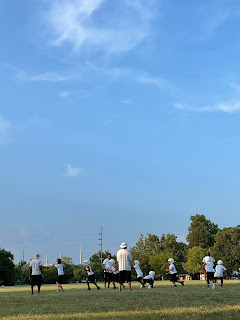