Wednesday October 19th we set off on a camping adventure. Back in August we were looking into going some place for the extended break from school. We made sure to schedule all four conferences back to back on Tuesday evening so we could make the most of the days off. I attempted to get Harpo a spot at the boarding hotel, but they were full. So then we began to look into places we could go and take him with us. When we were living in Kansas we kicked ourselves for never having visiting the Upper Peninsula of Michigan when we were so close (North Dakota as well) so we decided let's hit that bucket list. There were two camper cabins that allowed dogs in the state, one on the UP the other on the mainland. I called and booked it... not really knowing what we were getting into but enjoying the spontaneity of it. It's a rustic cabin, meaning no running water and no electricity but we did know there was a wood stove for heating the cabin and the wood was provided for the indoor fire only (not allowed to be used outside - we needed to bring our own wood for the outside fire ring, which we did). Also there was an outhouse about 20 feet from the cabin and a water well a little further.

The news alerted us a few days prior that the UP was getting hit with lake effect snow and where our campsite was, was getting up to 16 inches of snow! WHOA Hello October.

We got the van loaded, soft shell turtle on top and all and headed east. First stop was in Wausau, Wisconsin for lunch. The kids voted on Thai and it was super amazing! Good choice! 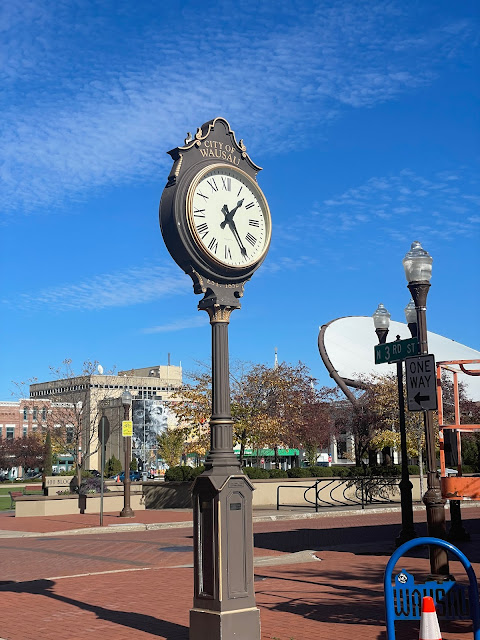 We continued on. It was chilly! Having known about the snow before hand we did switch gears a little, we unpacked the camping chairs, unpacked the hammocks, packed the snow boots and snow pants. Having being mid-October we were afraid we'd miss the peak of fall colors. But they were still pretty. 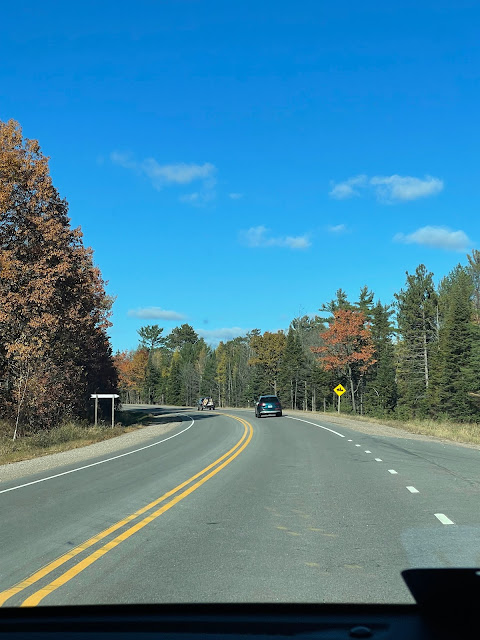 Made it to Michigan! This was a new state for ALL of us! I have a goal to hit all 50 states before I die and have even started a map for the kids, they are making some good ground and maybe they can hit all 50 before they're adults. 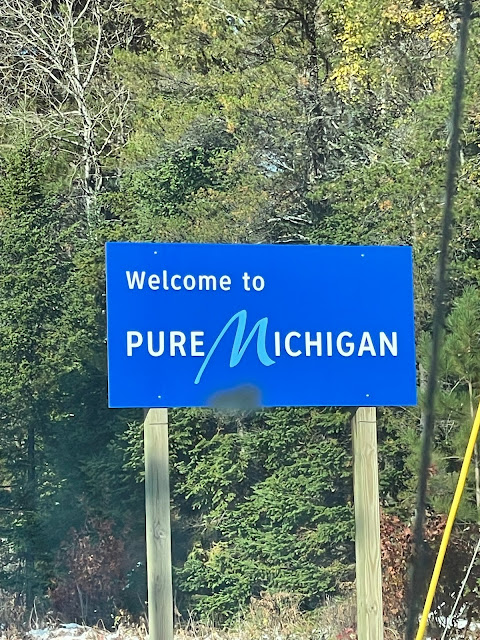 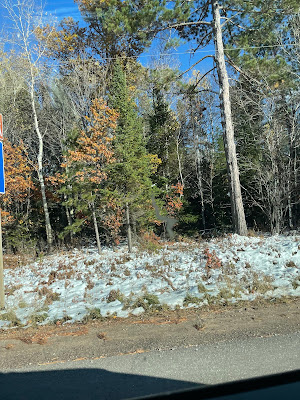 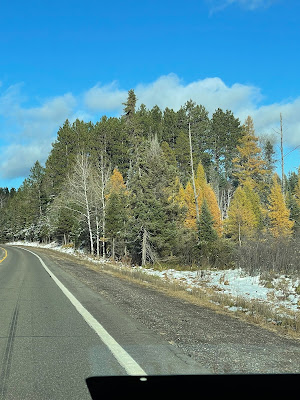 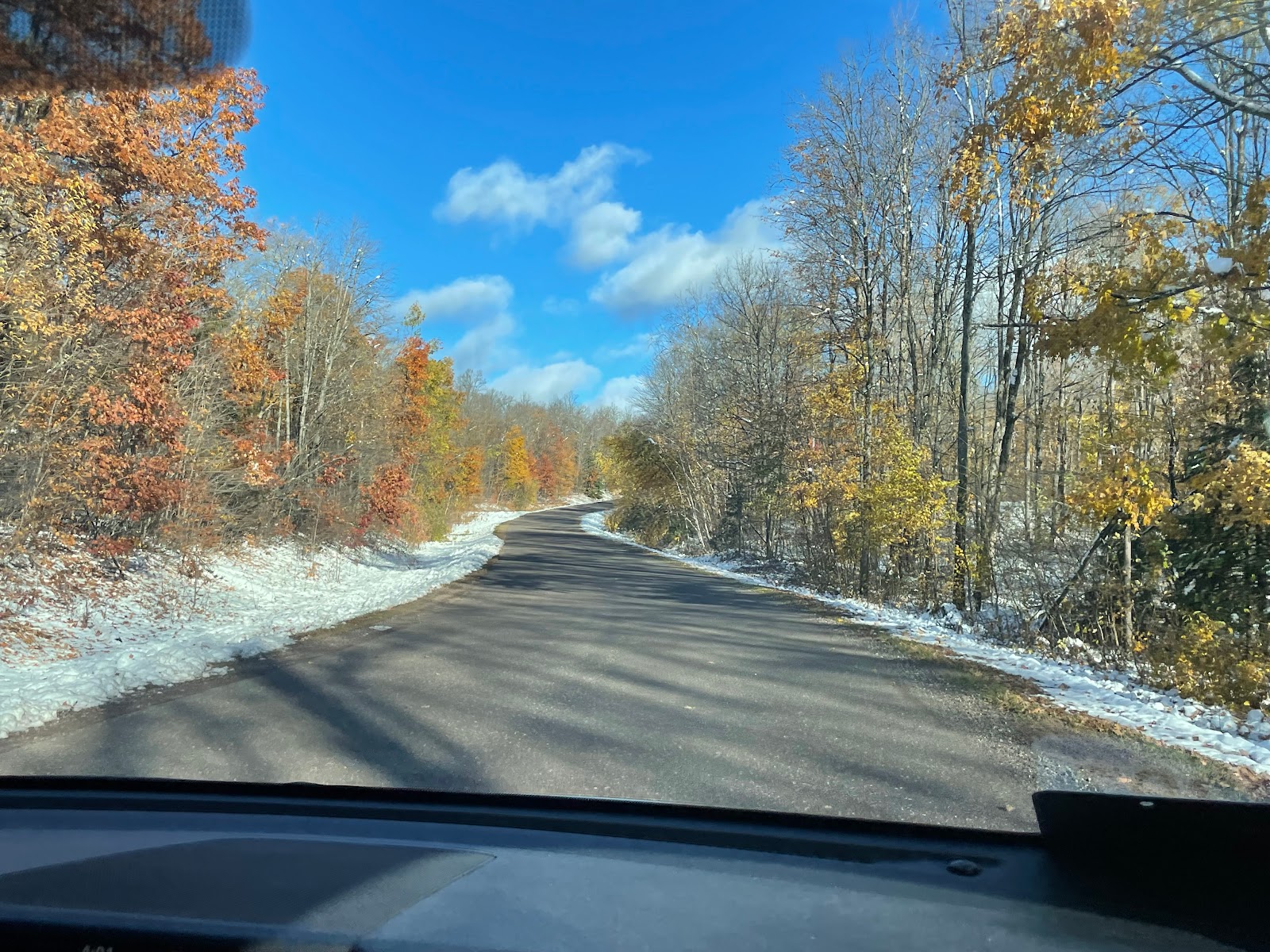 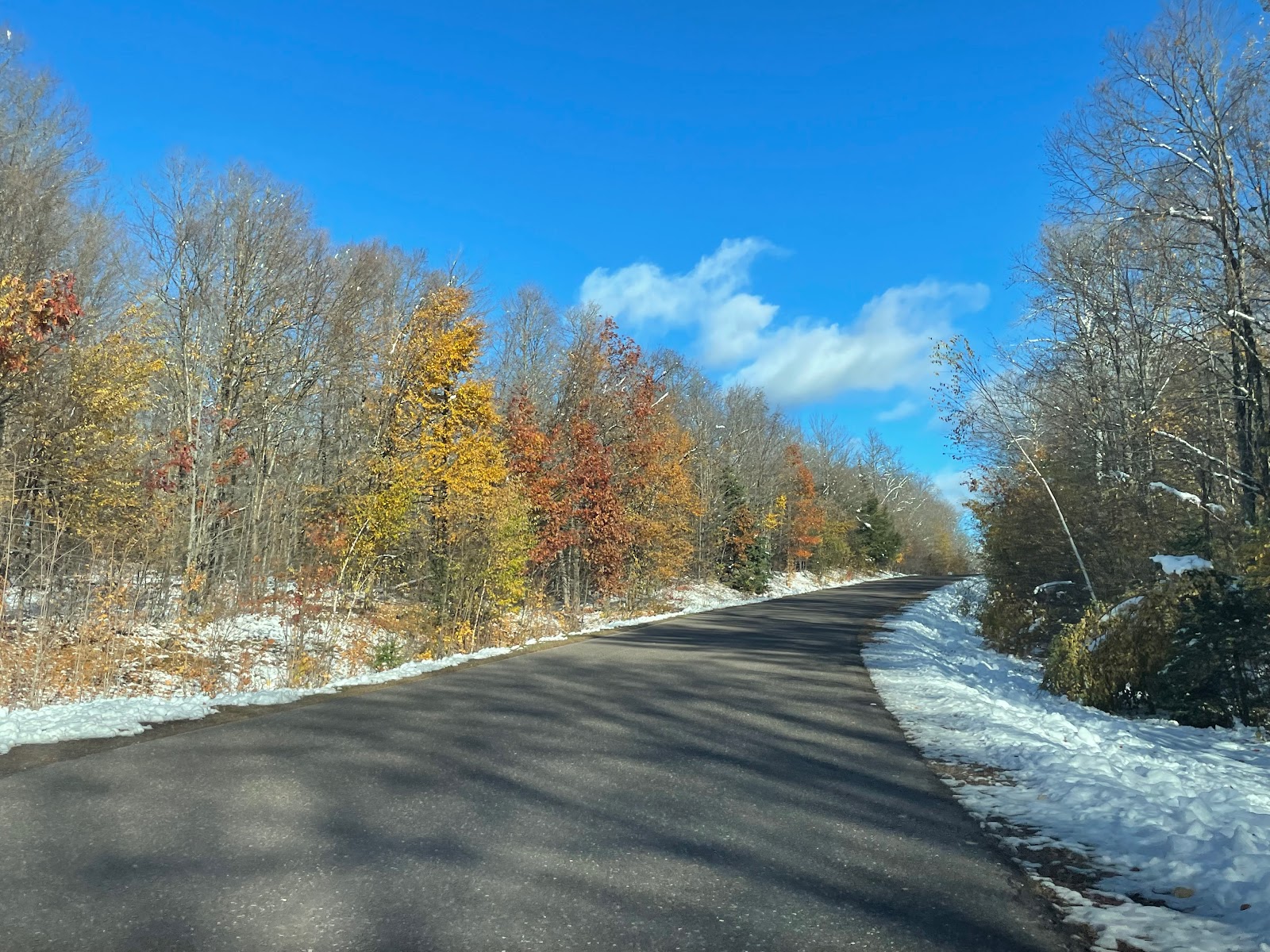 We made it to our cabin, there was a time change into Eastern Time, so our 4:00 planned arrival time turned out to really be 5:00 and the sun was setting quickly.  We did some exploring and got unpacked. 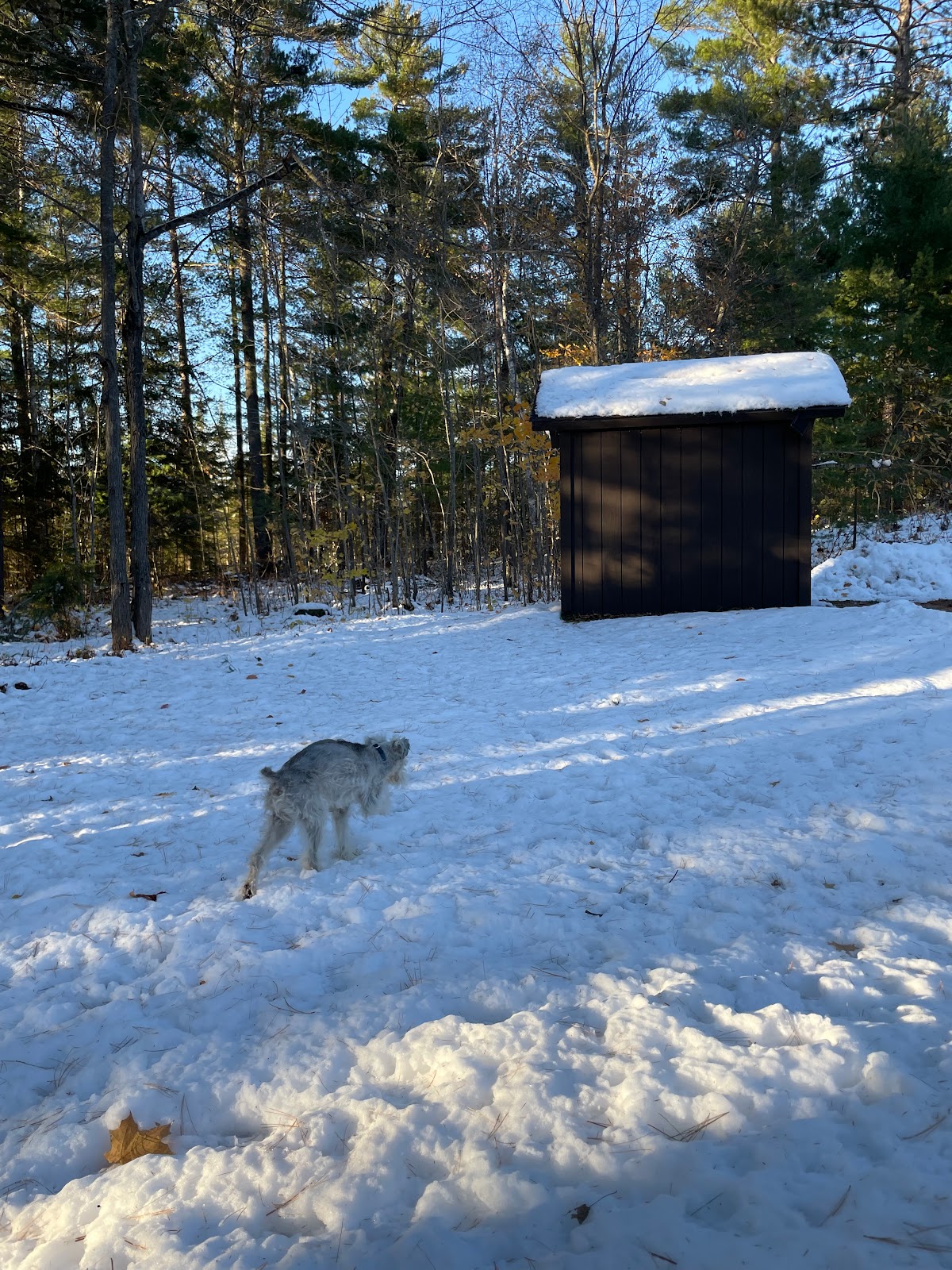 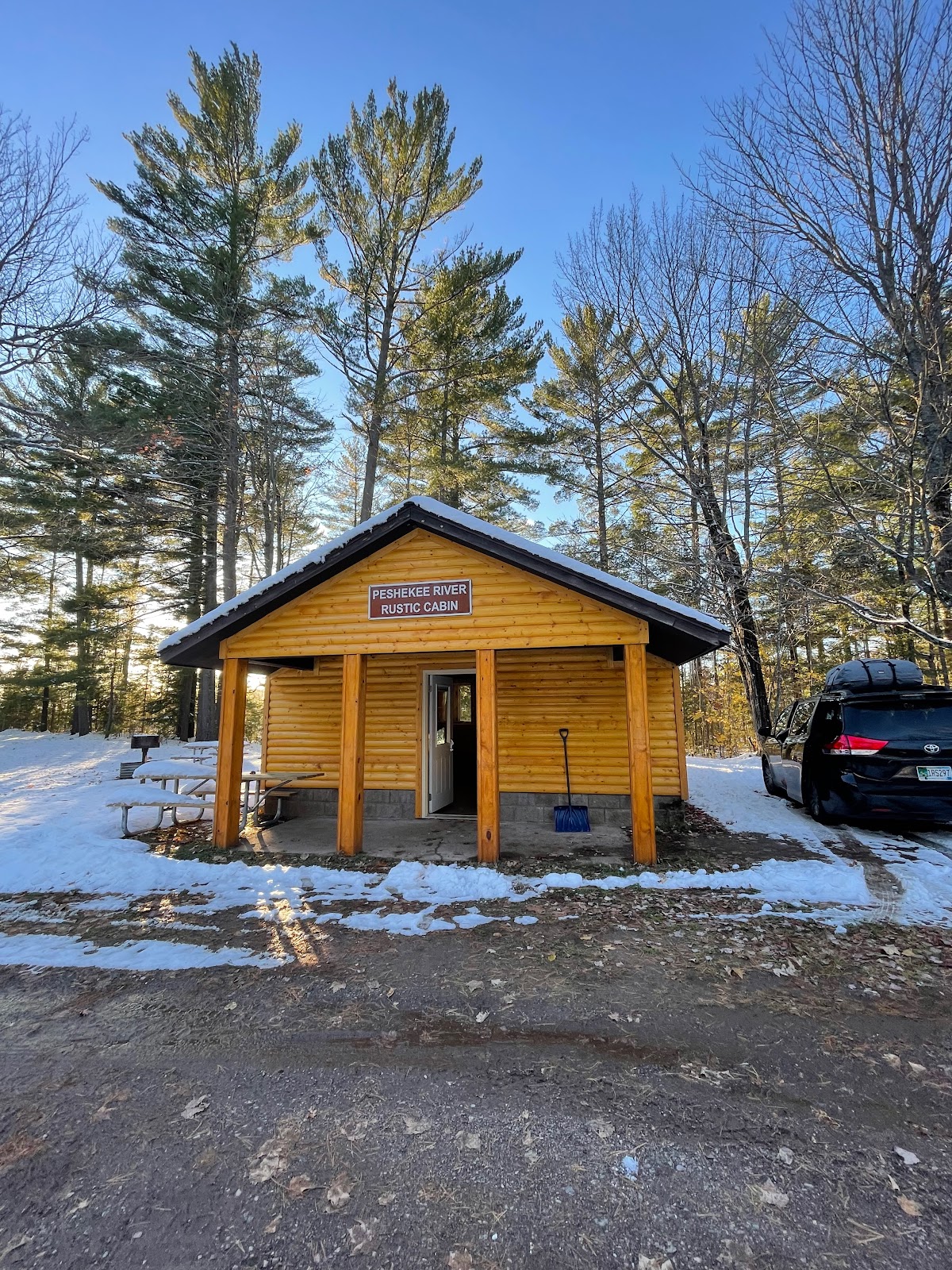 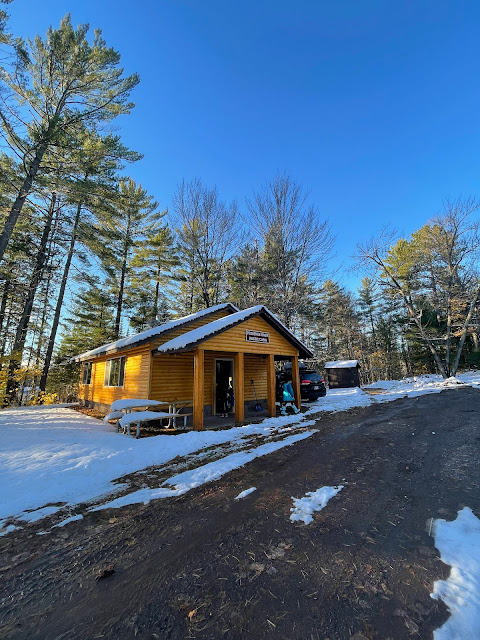 Started a fire to warm the place up a bit. It was a perfect little one room cabin that had a room on the back which was perfect to come in. The firewood was stored here and it allowed for us a place to drop our wet boots off and keep the inside of the cabin dry and clean. 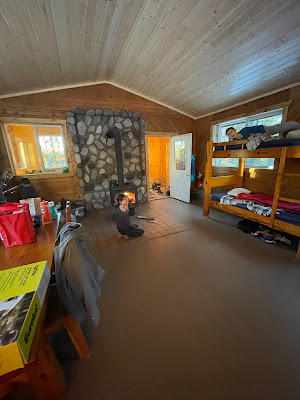 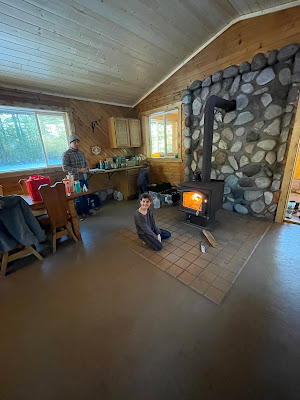 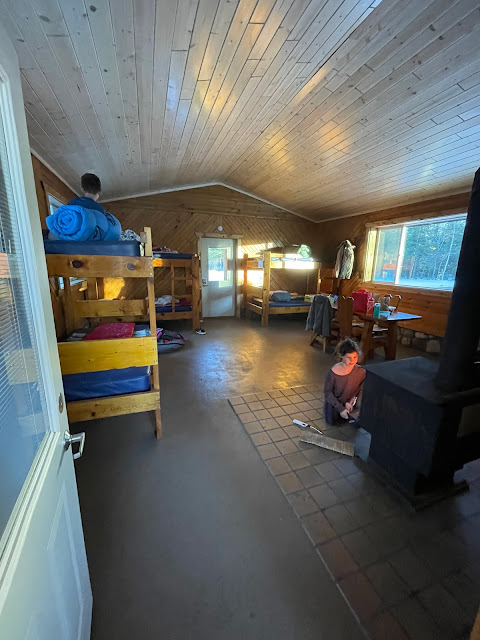 Harpo was like "WTF is this white shit on the ground!?!" lol It's been a while since he's felt this cold and had to deal with this snow. 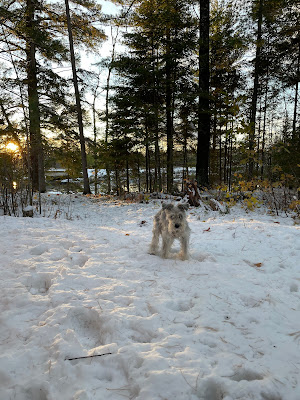 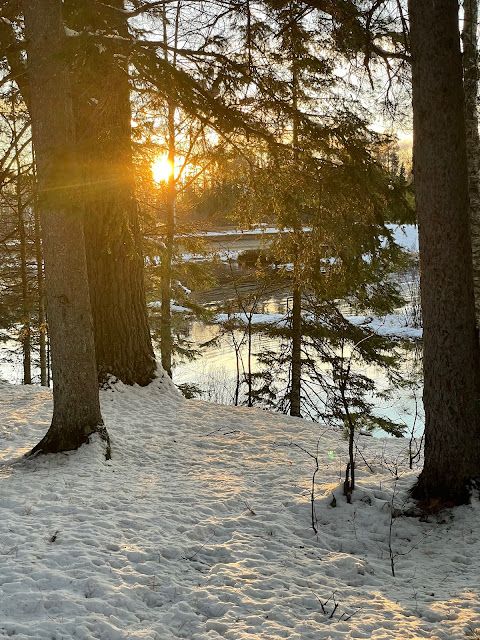 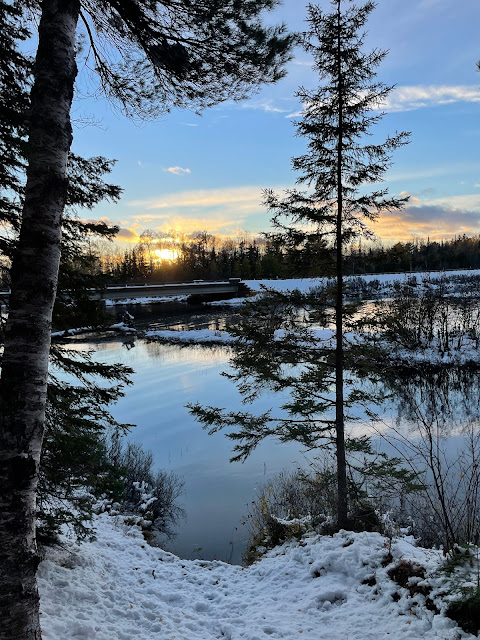 Beautiful lake views as our cabin sat right along the Peshekee River. The kids had fun playing in the snow. 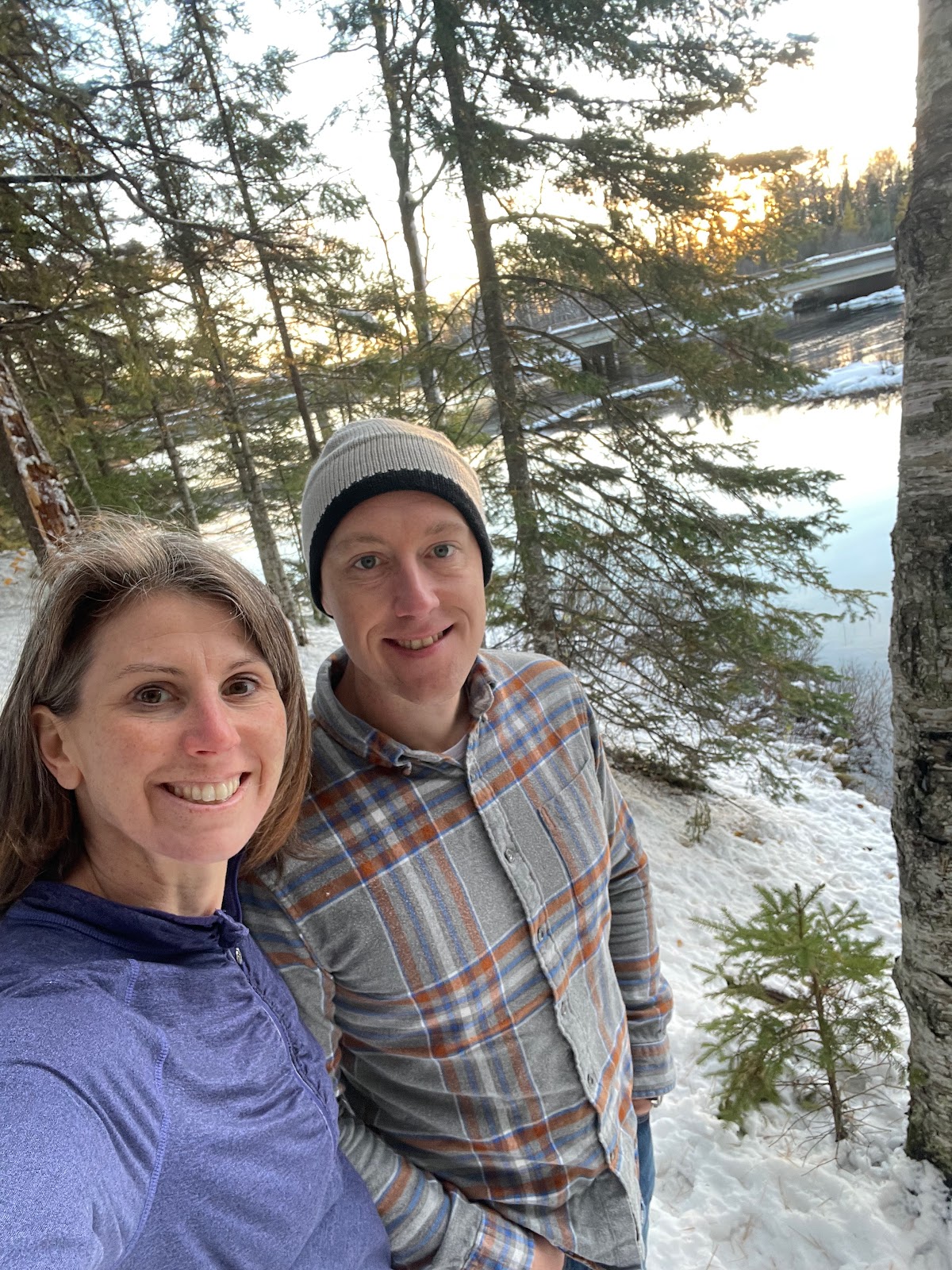 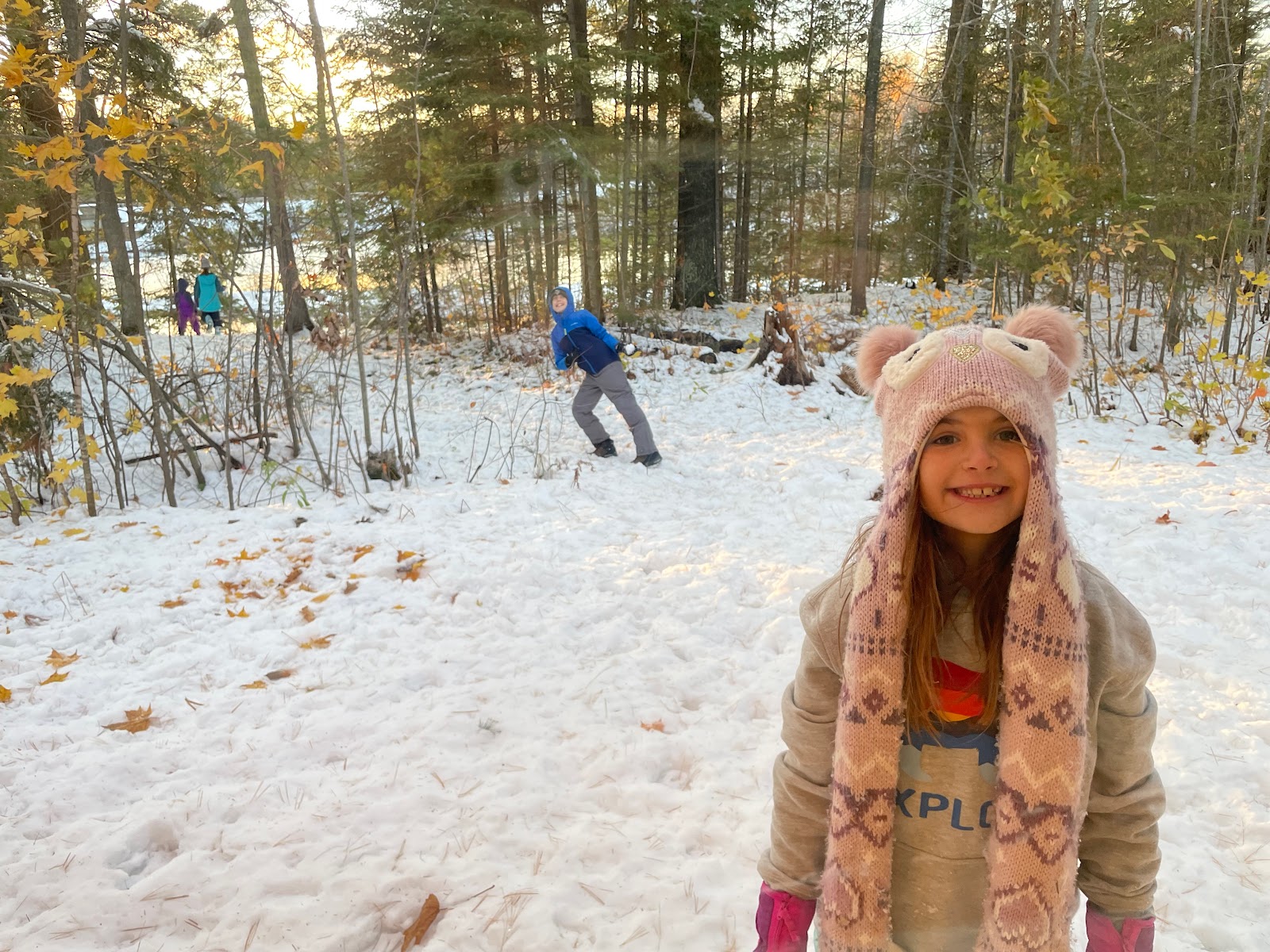 I broke out my drone quickly before it got too dark (cuz we needed to get dinner underway before night fell). 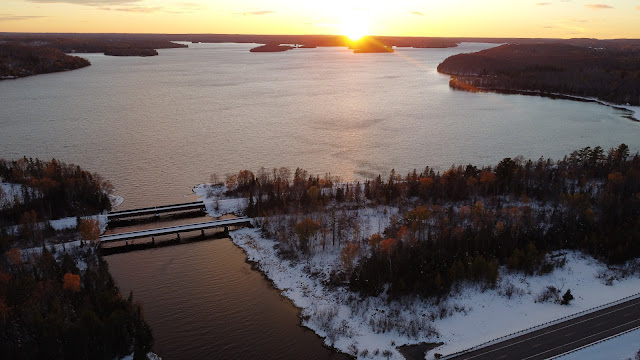 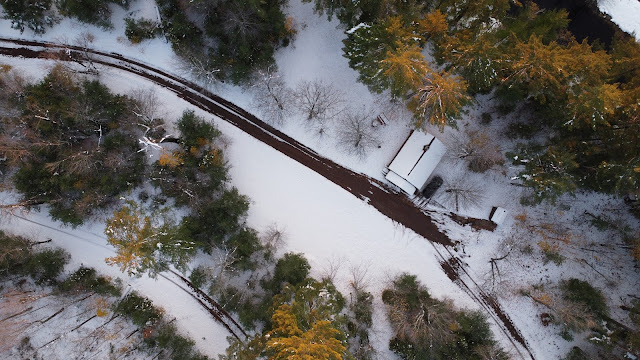 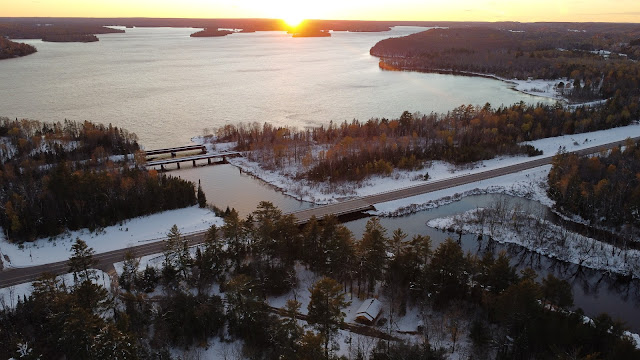 You can see the kids playing in this one, straight down from the cabin, those little specs in the snow. 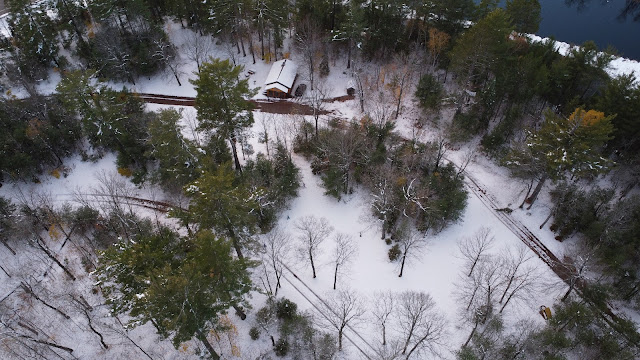