Saturday January 15th we dropped off Harpo at his "home away from home" aka Chisholm Creek Pet Resort. He pays a visit about once a month as we squeeze in these little vacay escapes when we have a long weekend. The kids were off school Monday for MLK, so this weekend we decided to head to Kansas City, a quick 2.5 hour drive away. Isaac has been reading through Rick Riordan's Percy Jackson series (since then he's into the next series and all the books in between) and it has sparked his interest for greek mythology so we planned to hit the art museum on Sunday to check out any greek sculptures.
Since the girls had their cheer performance on Friday evening we waited til Saturday. We did hit a bit of a snow storm, which slowed the trip. We got there about lunch time and headed into the city to explore the City Center (science Museum) while we passed time before meeting my cousin for dinner. 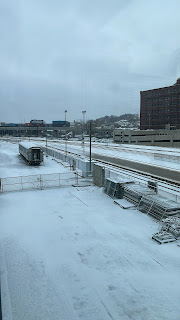 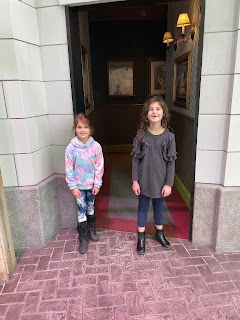 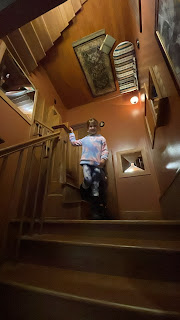 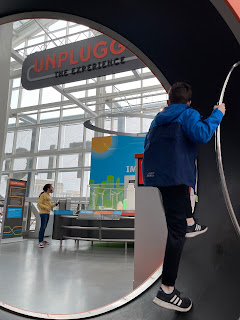 We love this museum, we've been a few times since we can get in free with our Exploration place membership. Love that program that lets you get in to other science museums around the country. Totally worth it! 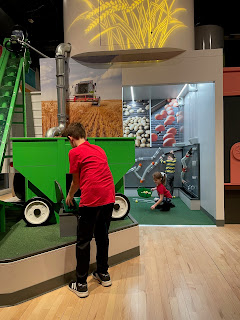 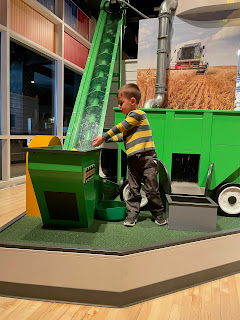 Captured all four in one frame playing so good together! 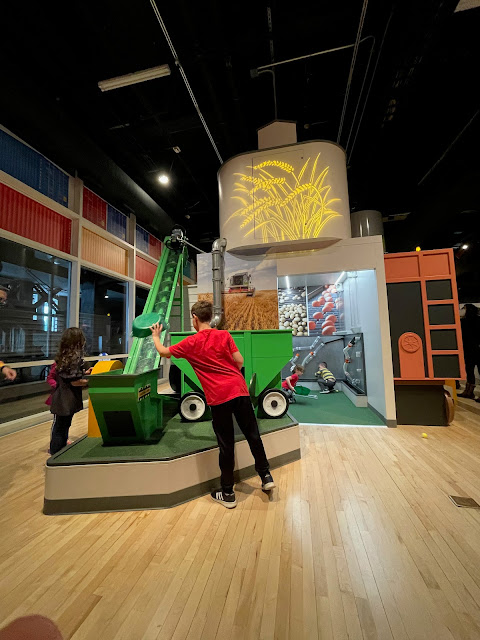 We left there and headed back south to meet up with my cousin and his husband that live in the city. I had hoped to see them more while we lived in Wichita, but covid put a wrench in traveling plans and getting together. After dinner we headed to check into our hotel. We were staying outside of the city because most things were booked up from the Chief's playoff game at Arrowhead stadium that weekend.
Kids got a swim in 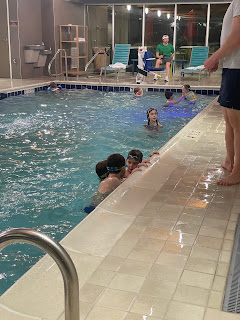 Sunday we had entry reservation at the Nelson Atikins Museum at 10am. 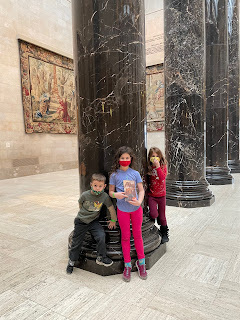 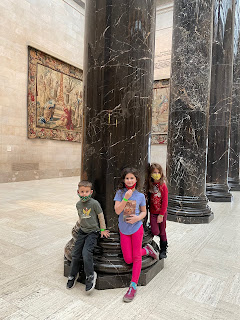 We found the few greek mythology pieces they had. This piece was interesting. 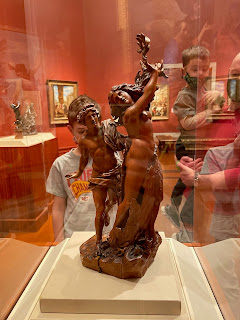 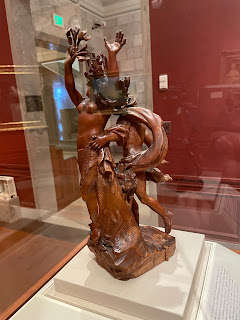 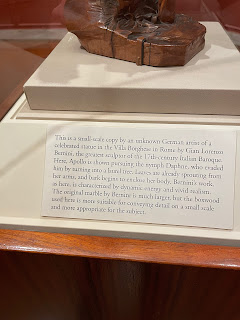 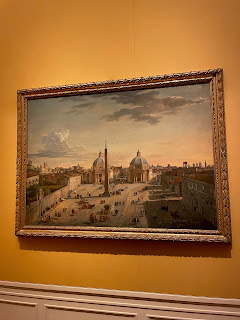 We found a pizza/brunch place to have lunch. Kids got this HUGE pizza! 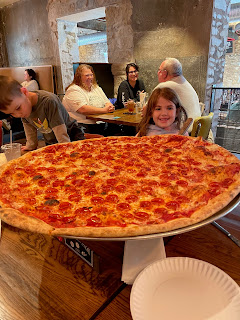 We headed back south to Overland Park where our hotel was and found this museum called Prairie Fire. We'd never heard of it but decided to sneak it in before they closed at 3:00. It was pretty cool and had a big hands on area for the kids. What was really cool is that it put together two previous places we'd been. There was an astronaut's helmet from the Cosmosphere and a fossil from Charles Sternberg. 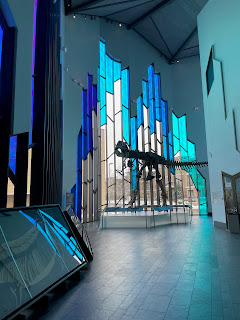 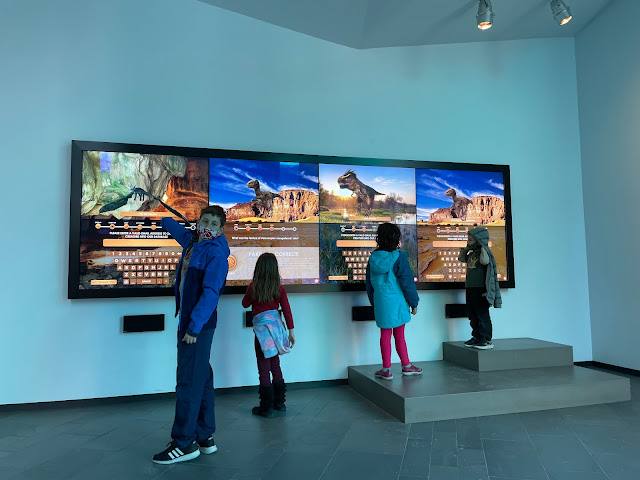 We made it back to the hotel in time for a swim and to watch the game. Oh we had pasta for dinner just before the game started across the street from our hotel. 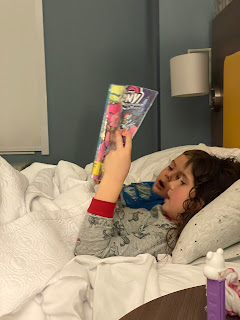 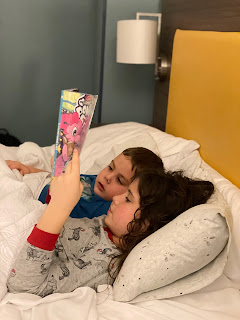 The next morning Kyle took the kids to the pool so I could be on my BSF leadership zoom call from 9:30-11am. Once my call was completed we checked out and headed home. We needed to get back to get the kids to their swimming lesson at 4:30. Fun quick weekend away.
posted at 3/06/2022 01:16:00 PM