The weekend before our neighbor girl ended up coming down with covid. Of course my kids were over there playing the day before the illness hit. They were under quarantine and the littlest boy - Thomas's good buddy had a birthday. He was suppose to come over and play but wasn't going to happen, so we delivered balloons and a little present to help pass the time. Little brother ended up getting it a full week later... then about five days later dad got it, then a few days later mom and older brother got it. So it literally hit their entire house in the span of a month. Some aren't as lucky as us to just quarantine for no reason when one gets it and no one else does. 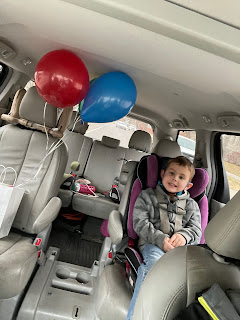 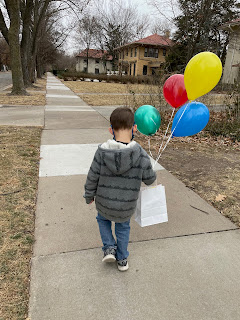 Emma was chosen as leader of the month in HER class so I got to attend the February leadership assembly as well. 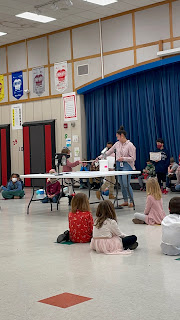 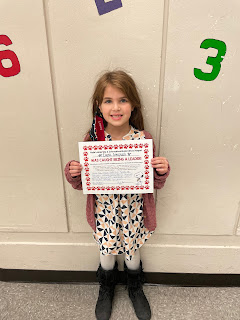 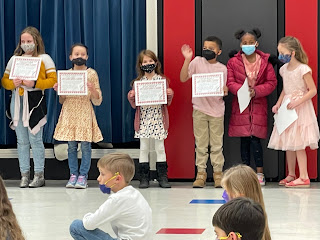 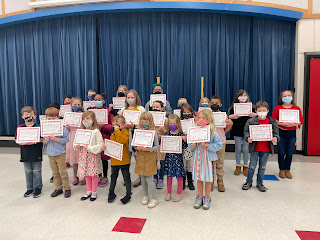 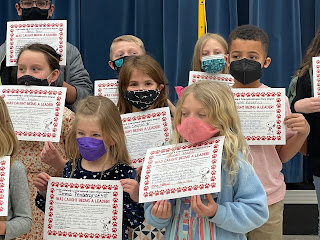 Harpo is such a good boy... well old man now at 15 years and 4 months. He had a tummy bug the week prior, but is doing better now. Besides needing a hair cut, lol. 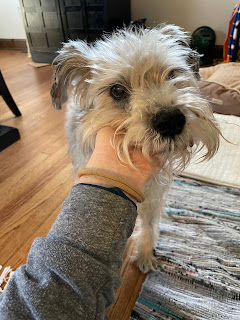 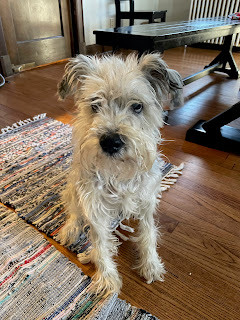 The chickens started laying again! They hadn't laid since they molted in about October. It was a pleasant surprise. 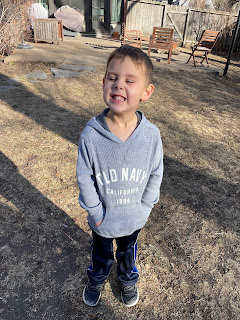 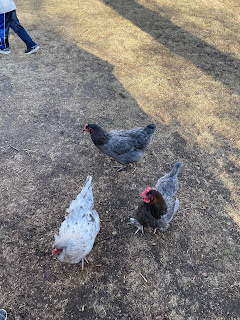 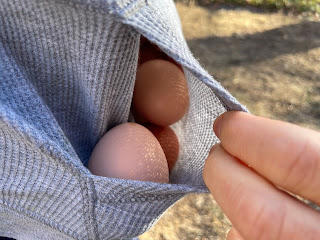 February 11th, Isaac was a finalist in the school spelling bee. We watched remotely. 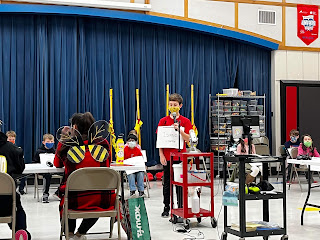 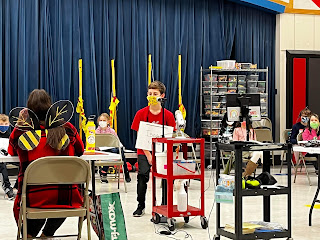 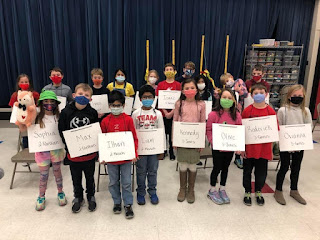 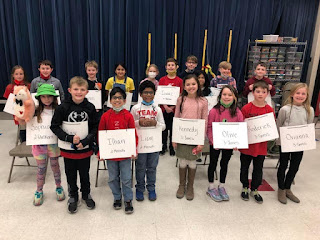 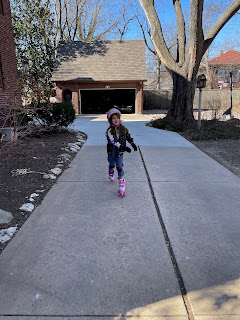 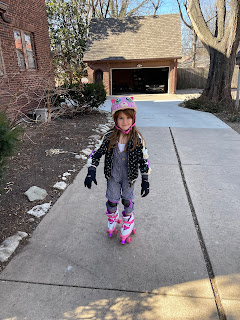