I wrote about the exciting week leading up to this weekend and the winter weather we had, Kyle making it home just in time to hop in the car and drive ten hours up north. After I taught my 6am Muscle Pump class on Friday we loaded up, took Harpo to his pet resort and headed up to Minneapolis.

Battling more winter weather, the trip from Wichita to Kansas City was PRETTY intense. Saw a wreck almost happen two cars behind us as a semi jack-knifed, numerous cars off the road. But we safely arrived in KC, stopped for lunch and a quick autuzone trip to put new wipers on the van. Then the rest of the way was clear roads and easier sailing. Well that was until northerner Iowa when the wind was horrific! Thought we were going to hit a storm (photo below on right) but it ended up just being really bad wind the whole way into Minneapolis. We arrive about dinner time, got checked into the hotel and I met up with a few friends at a nearby restaurant. It felt SO good to visit, I hadn't had a conversation like that in over two years. Very warm to my heart. Kyle was super dad and got the kids food to eat at Jersey Mikes then went back to the hotel to swim so I could visit with friends. 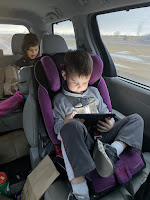 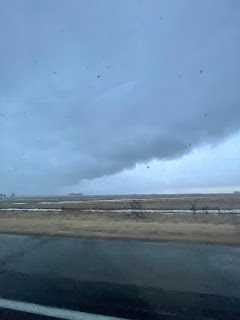 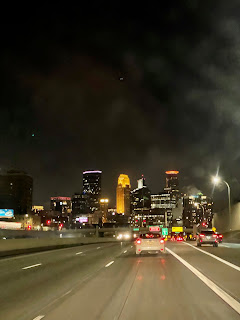 Saturday we saw four homes. This was one of them and also the one we went back to see on Sunday (spoiler alert it has since gone under contract) The market right now is crazy. The first house we saw had just come on the market that day and by lunch time our realtor said they had an offer. We weren't interested and that house was a little discouraging as to what this kind of money can buy now-a-days. We gladly passed. The second home renewed hope in this price bracket as to what we could potentially get. 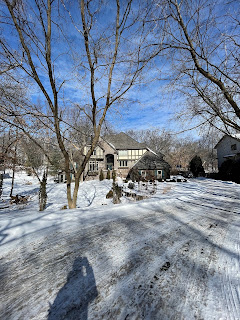 We had a lovely lunch with more friends who invited us into their home and fed us. Again SO good to visit and it was as if we never left. Love friends - well basically family that we can feel that way with.
That evening we had dinner at our spot: World Street Kitchen capturing a peek at the spoon and cherry on thew ay with a beautiful sunset. Went back to the hotel for some evening swimming time. 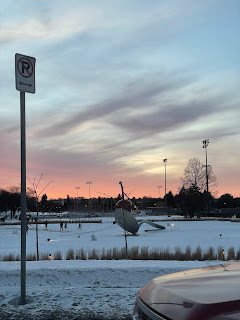 The next morning I got to hit my favorite yoga spot! Which felt AMAZING! I haven't been able to find hot yoga like Modo in Wichita and I sure did miss it. First time having to sweat in a mask but totally worth it. 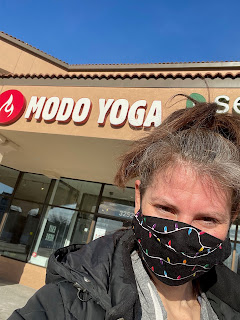 Back at the hotel we had breakfast and then got loaded up to go see another house. We had one new one and then were going back to see one from Saturday again. Few things that were fun, this bookshelf opened up to a secret room. And we loved the copper hammered sinks! 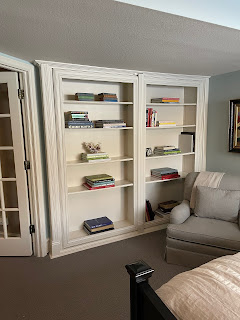 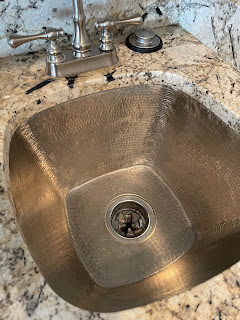 Brain was exhausted from viewing houses, so we took it easy that afternoon, drove around a little looking at areas on our way back to the hotel. Oh yes we did stop and see another. There was a new build, you never know from the new construction listings if the house is built or not even started. We don't have the timeline for a new build but when we pulled up to this lot the house was almost finished. We were able to reach out to our realtor again and he met us there to show us the inside of the place. So a total of 7 house viewings - 6 houses. That one was also nice because as we stepped out of the van we were immediately greeted by two dads chatting in a driveway who appeared very happy to see a van full of kids potentially looking. Turns out the house was a room smaller than we wanted. 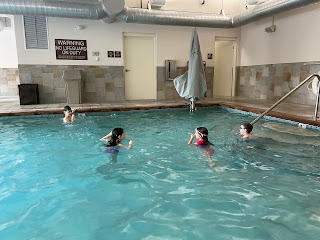 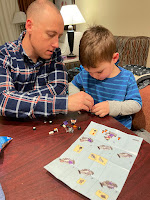 Above: Swimming and Thomas doing his lego prize that was in his state line bag.
Monday we had our hotel breakfast and headed out. I had a 9:30 leaders meeting call I needed to be on so we wanted to be on the road for that. While unsuceful in the house hunt it was productive to be in the area again and drive around various neighborhoods.
On the way up and the way down we listened to the Encanto soundtrack no less than ten times, lol! Def a favorite of the time right now.

Made it to Kansas City where we stopped to stretch our legs while Kyle took a work call in the van. Then we had dinner and headed home. 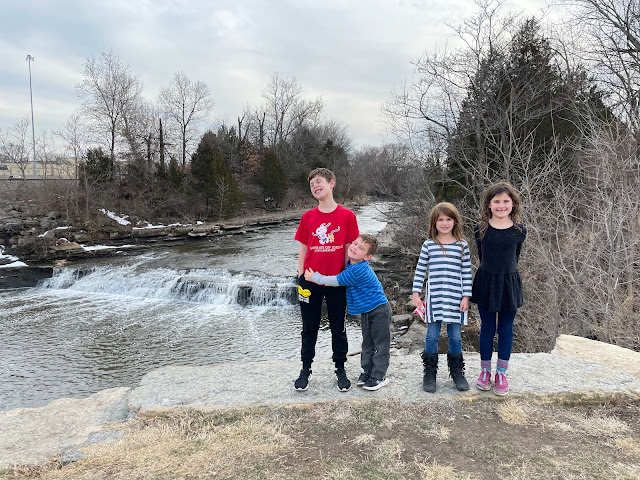 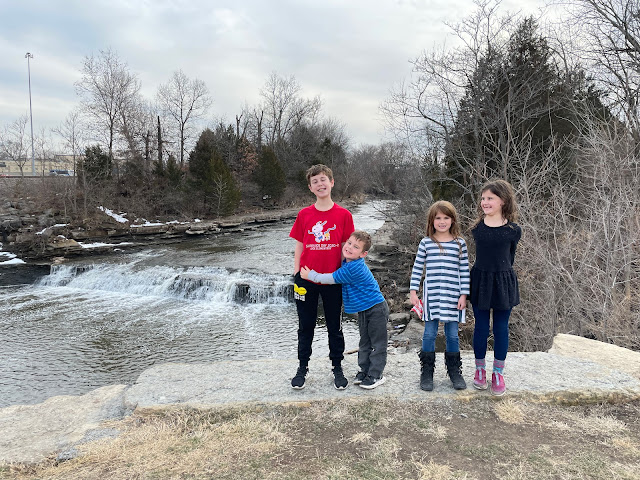 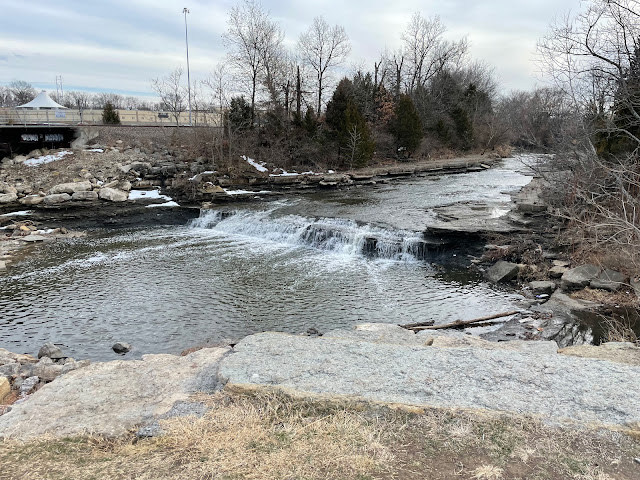 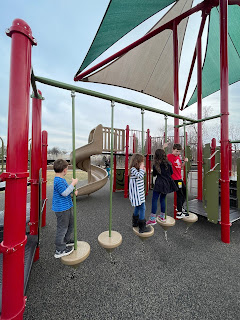 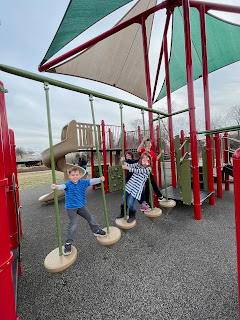