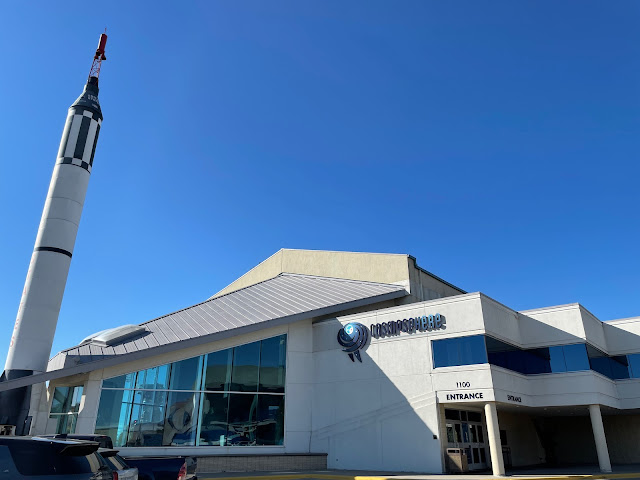 Thomas has really been into space lately and our Exploration Place membership gets us into the Cosmophere which is about 45 minutes away in Hutchinson, Kansas. So on weekend day we took a drive up, had lunch at this fun little place (See doggie photo below) and hit the museum. 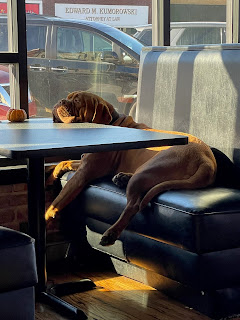 They are under construction in one section of the museum, there was a hutchinson college football game going on across the street and the parking lot was almost full. But when we got inside we pretty much had the place to ourselves. 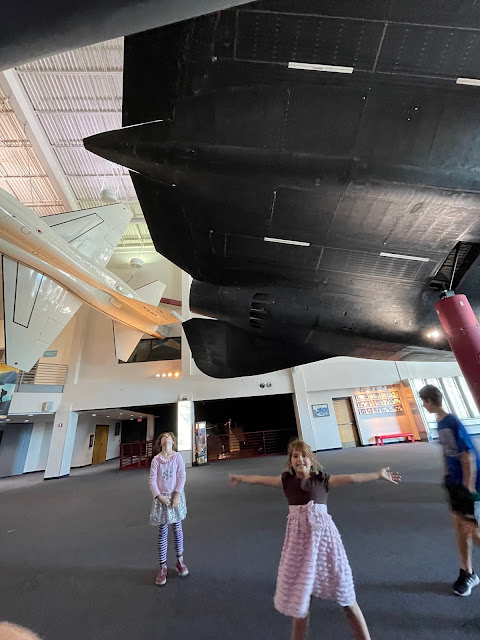 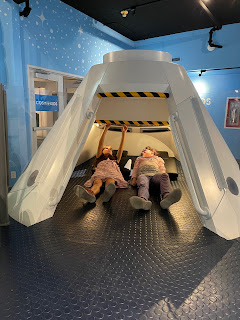 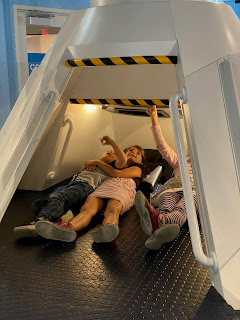 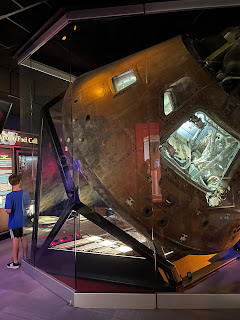 We have a "Good Night Kansas" book and this is one of the places mentioned in the book (goal is to do them all before we move) and this photo was the photo in the book for the Cosmosphere: 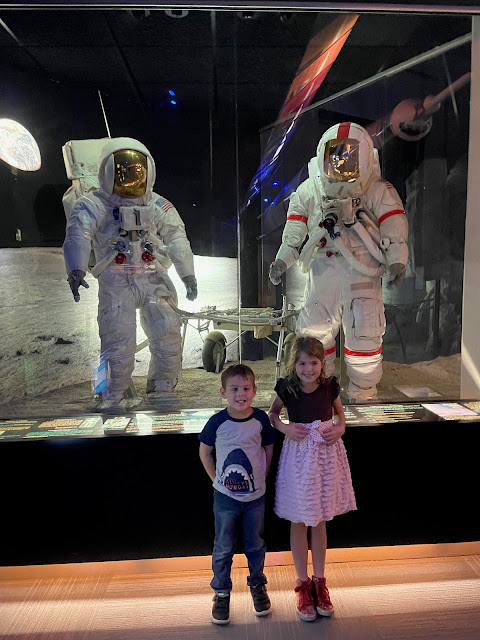 This was a model of the Apollo 11 lunar lander but they did have an Apollo 11 moon rock! Who knew this cool stuff was in the middle of tiny town Kansas. 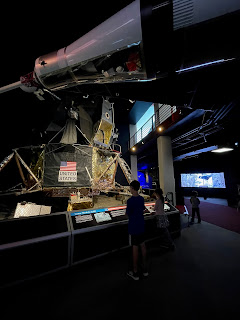 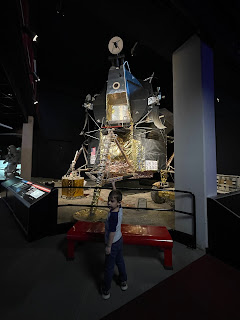 They had a kid area with some projects. The kids made their own rocks and got to use the air pressure contraption to blast them off. 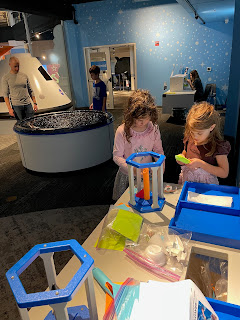 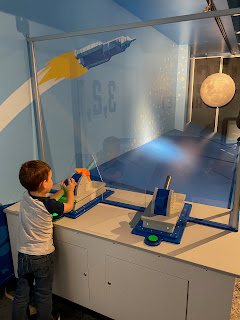 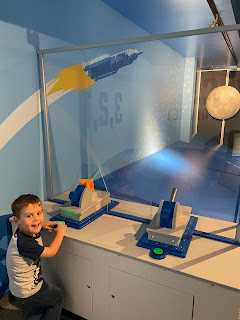 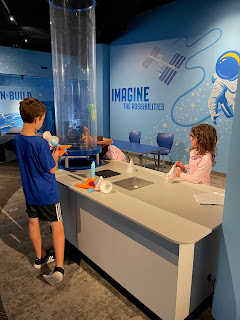 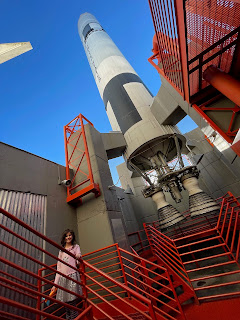 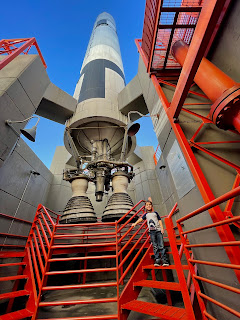 We recently watched the Apollo 11 film at Exploration place (literally three days ago from me writing this on Feb 1) It'd be interesting to go back to the Cosmosphere now after watching that. Thomas was also going through a Tom Hanks kick, and I think we watched Apollo 13 before we went here. We also watched the new film Filch (which kicked off the Tom Hanks kick - Thomas cried so hard at the ending of this one), we watched Cast Away, again Thomas bawled when Wilson floated away :-( we watched A League of Their Own, and I think that was all the Tom Hanks movies, oh we did watch Polar Express closer to Christmas.
posted at 2/01/2022 07:41:00 PM