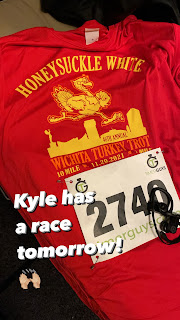 Saturday morning Kyle got up and headed to the race start. We had planned it and timed the map so we could hopefully see him. They were suppose to run down the west side of the river, then up the right by the keeper and back down to end at Century II. So we arrived at the keeper... it was pretty cold (for Kansas). Waiting... no runners anywhere, which I thought was odd. I just wondered if maybe this was a really small race. Waiting, waiting. Enjoying the scenery since we'd been quarantined for two weeks. 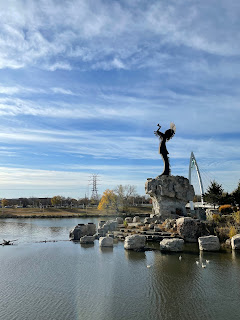 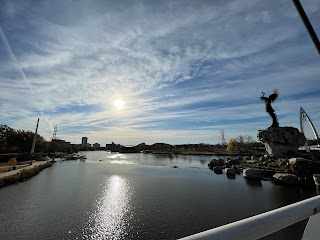 Then I get this text from Kyle, lol. He was at the finish line. So we loaded up in the van to go meet up with him.

Apparently the map they had online was WRONG! They ran south of Douglas along the river. We weren't the only ones waiting in the spot, since the map online showed that as part of the course... ugh. 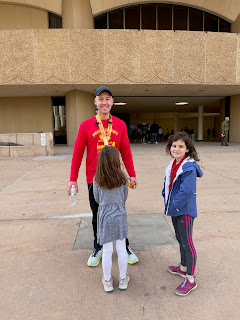 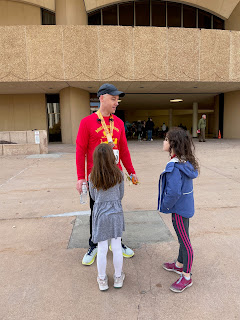 Got a few photos, enjoyed the fresh air. Then Kyle and Isaac went to get tested (since the girls, me and Thomas all tested negative the day before) I lost count of how many times we tested we were going about every 3 days. But we had tickets to a football game the next day and just wanted to be sure we were covid free. 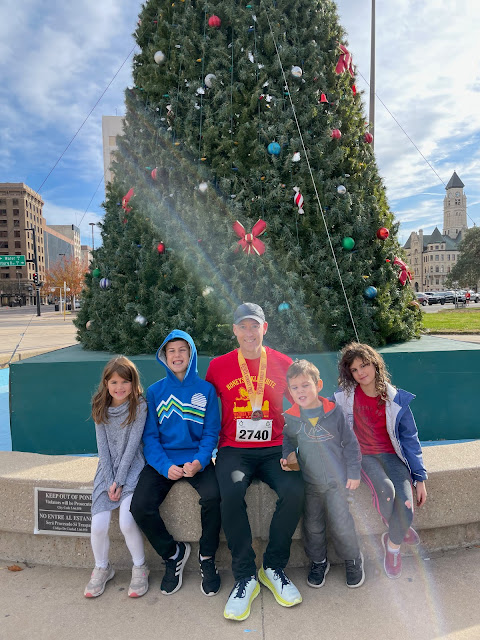 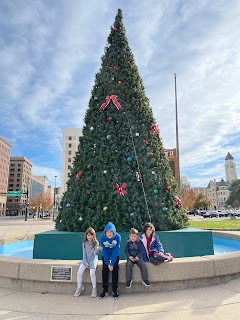 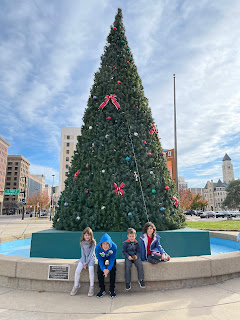 After lunch we went to the Great Plains Nature Center for a little walk. It had warmed up by then. The thing about Kansas weather is, it's winter in the morning and summer in the afternoon, literally! 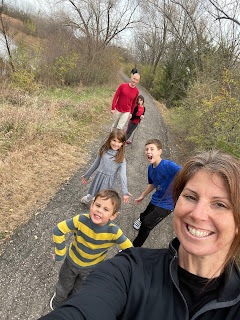 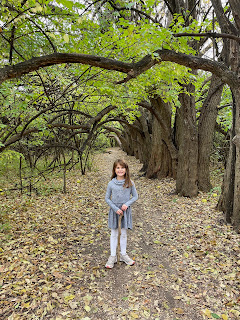 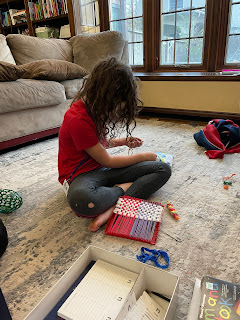