We didn't do too much for Thanksgiving this year. We had a turkey waiting to be cooked that was living in our freezer so our main goal was to use that up. We decided to grill it out on our ceramic grill... was thinking we'd eat around 1ish so started it that morning.

Watched some of the parade, which is my favorite thing about Thanksgiving. 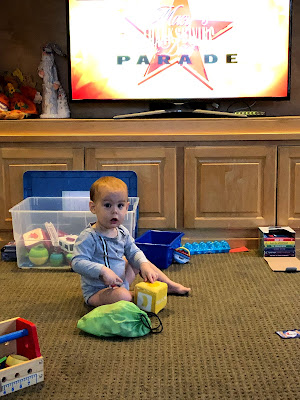 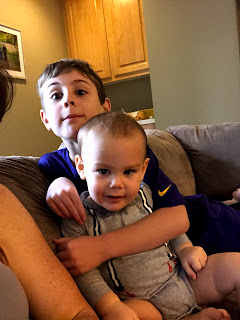 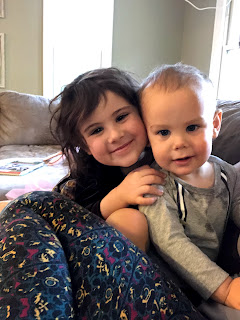 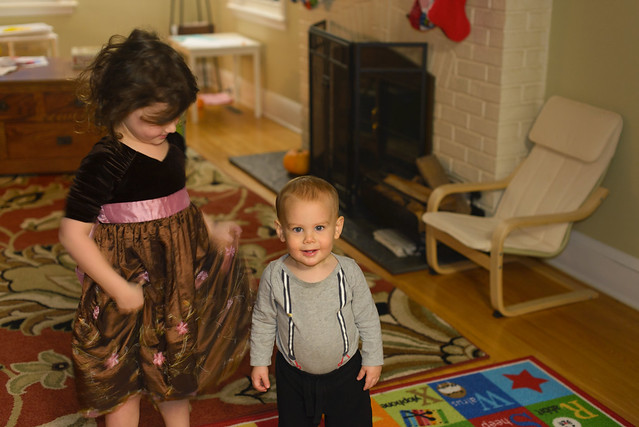 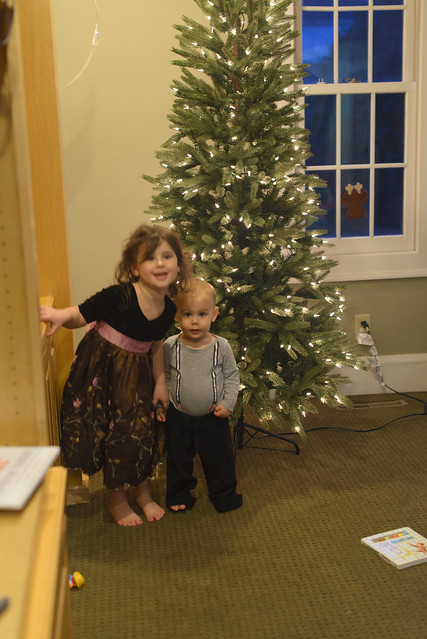 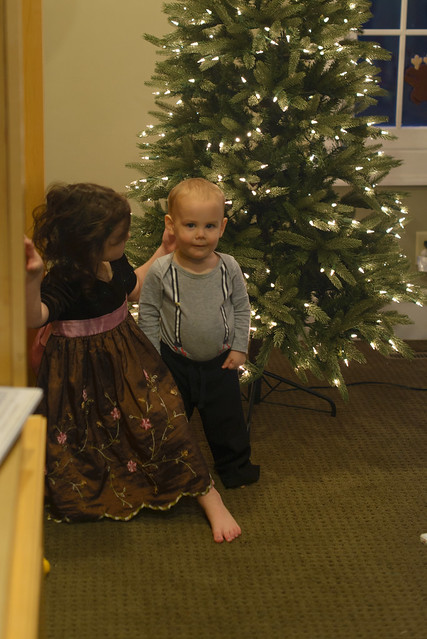 Mary was so cute and dressed for the occasion in her nice winter dress. 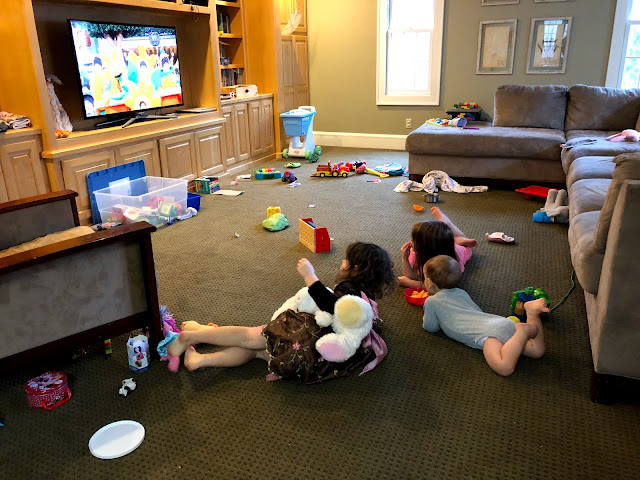 We made a couple Thanksgiving crafts to pass the day. 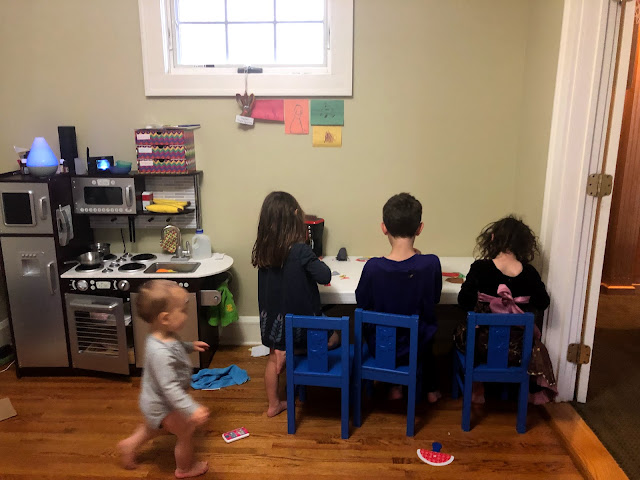 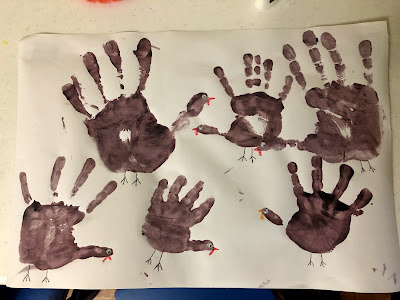 The turkey ended up taking a LOOONNNNGGGG time! It was an 18 pound turkey (since I got it late last year with our free coupon I was limited in sizes I could get and had to get a big one).
In the end it took about 9 hours. Ha! 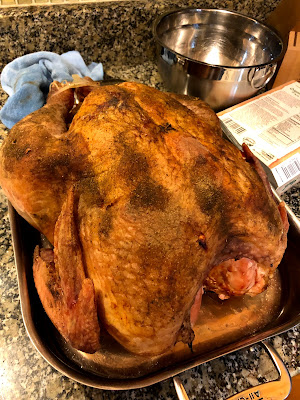 We were all pretty hungry by the time it was ready to eat. We had fended off the kids with snacks all day, lol. It was a nice meal together as a family :-) 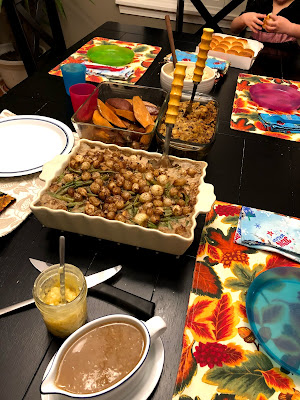 The following day we decorated our fake tree in the living room. This is the tree that has all our personal ornaments on it. Last year it was a little over crowded so we only did the kids' ornaments this year as well and Kyle's and I's annual ornaments. 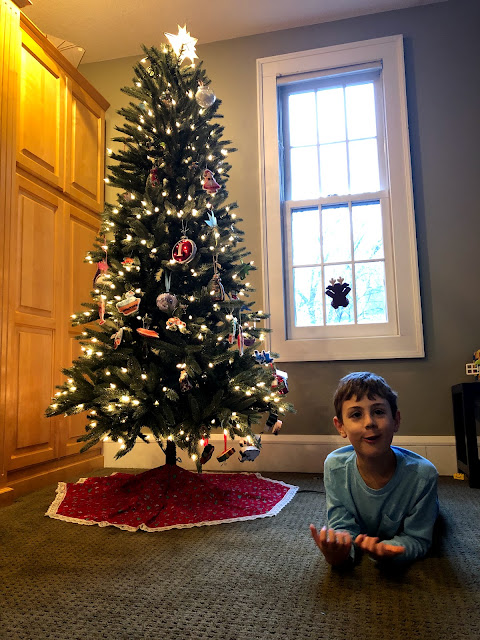 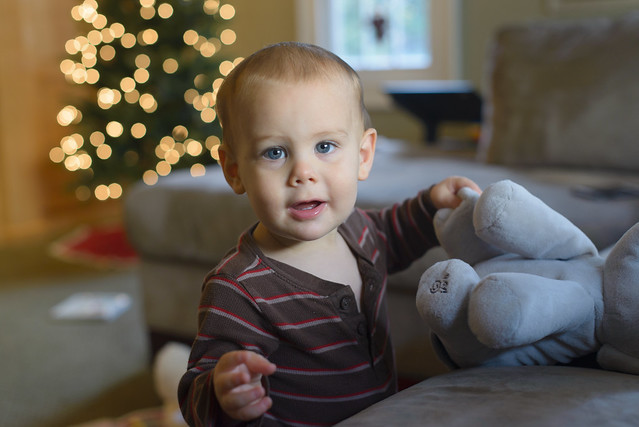 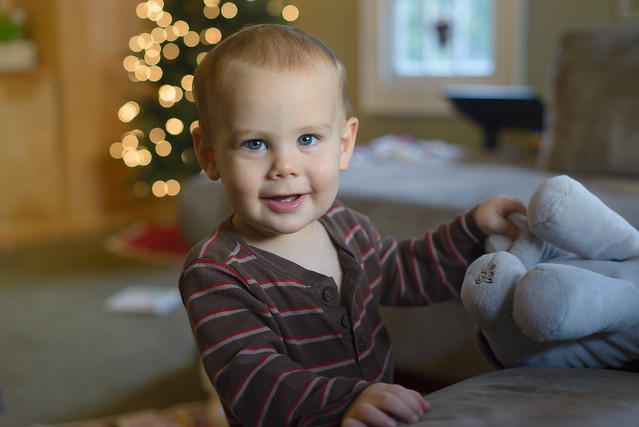 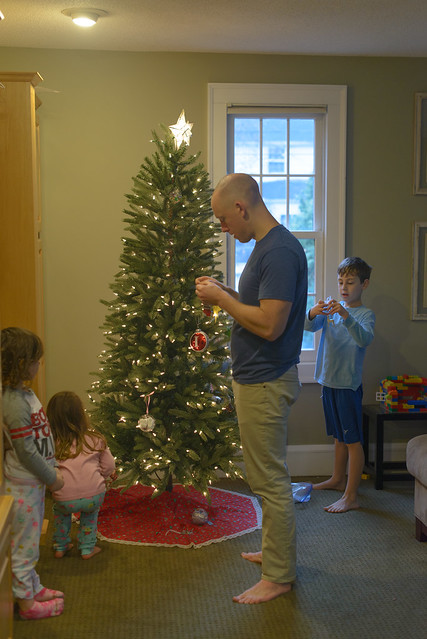 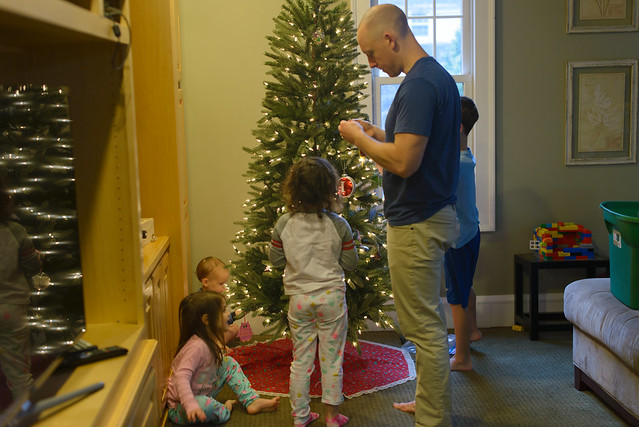 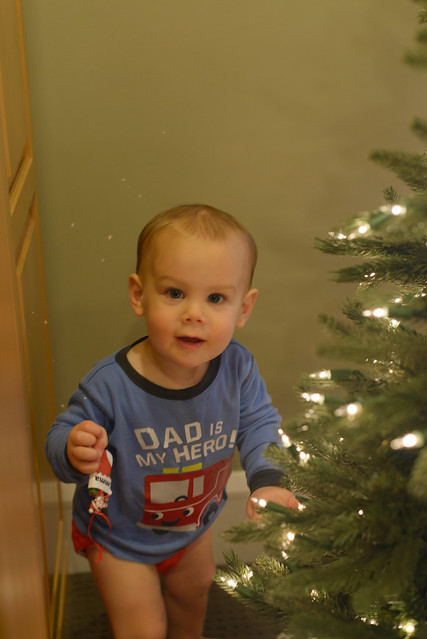 Our 2018 ornament is the tri-legged women from Sicily. This is the symbol of Sicily. We got this ornament when we went to Vulacno the island. It is made of black ash from the volcano. 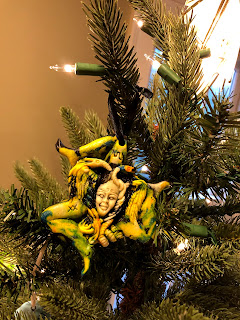 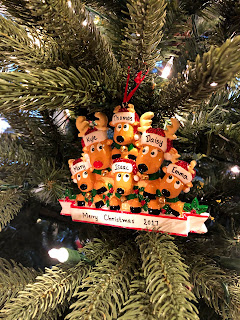 We didn't really have a 2016 ornament, might have to look for one about buying/selling a house. But December of 2016 I went to NYC for my cousin's wedding and this was their little party favor, so it works as our annual ornament :-) 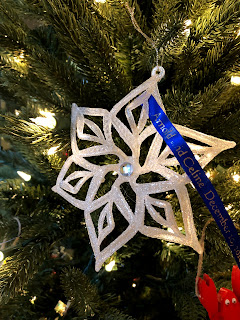 2015 is this linus ornament. That year my mom was visiting at the beginning of December and we went to see the Charlie Brown Christmas at the Children's Stages Theater. 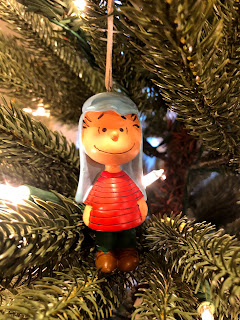 2014 is an ornament from FAO swartz toy store when we went there the winter before the girls were born. I'm so happy to have this ornament. One) it's a representation of a huge milestone trip, we had this trip planned but I was pregnant with twins and was so scared I wasn't going to be able to go. But I was!  Then it's also significant because FAO ended up shutting down :-( 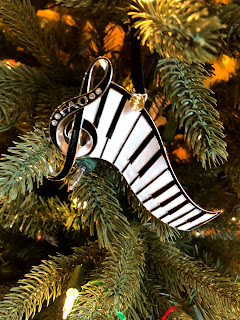 2013 was from our family trip to New England. We went to Boston, Maine, Cape Cod. So fun! And how easy it was to travel with ONE kid, haha. 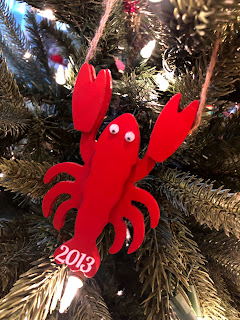 2012 was an ornament we got at church that year at Church of the Open Door. They had a little bazaar of items made from women in another small developing country. 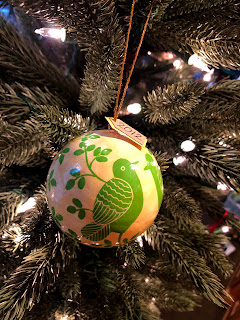 2011 was from our California trip, when I was pregnant with Isaac. 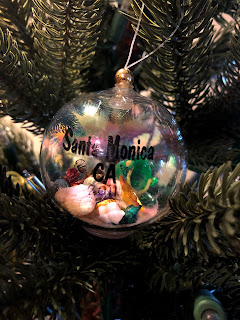 2010 was another NYC trip. Can you tell I LOVE NYC? :-) Especially at Christmas time. My cousin patty gave us this ornament and another one (it's a hotdog stand). This year Kyle and I were visiting over Christmas time and went to Times Square for New Years Eve/Day 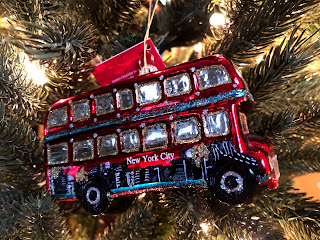 And our first ornament when the tradition started the year we got married. Our 2009 ornament was a glass globe which has since broken, but we can still keep the ornament. This year we explored cross-country skiing and felt this represented Minnesota life well. 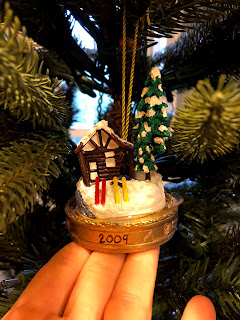 And this year I made these ornaments for the kids. I saw someone share a video on facebook and was inspired to make them... haha cuz you know I have so much extra time. Isaac actually was interested in helping and made his own name. 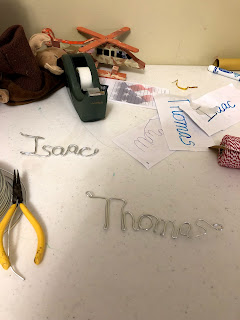 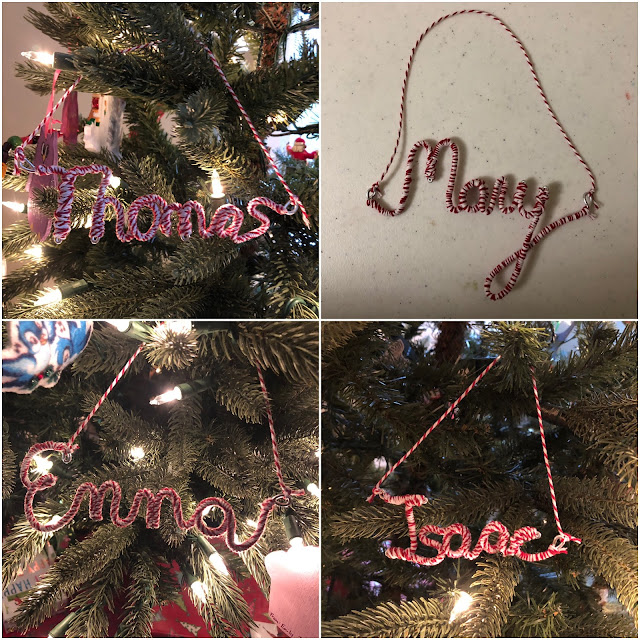