Last Friday we attended the Sky Zone Tot time. They had a little special Holiday session. We hadn't been to sky zone in forever, well like 3 years. Isaac was super bummed to miss, but he wouldn't have been able to do tot time anyway (it's for five and under) and it's ridiculously expensive when it's not tot time. But due to some technical errors and having to stand in line for 30 minutes we did get two free 60 minute passes so now we can hopefully take Isaac soon.

Thomas liked the trampolines but was more enthralled with the balls. Just like his big brother, I think he's going to be into sports. 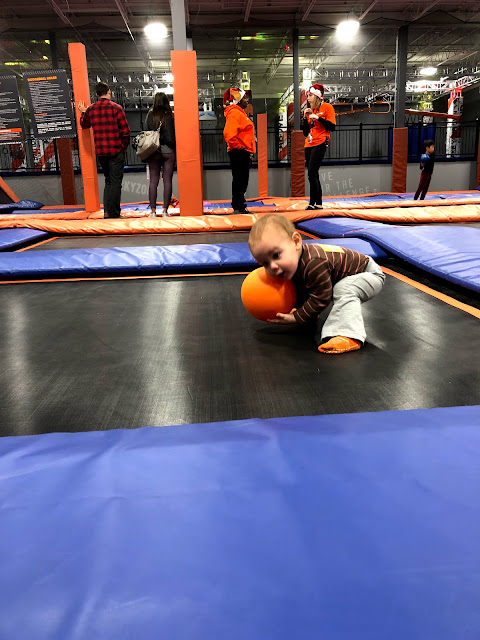 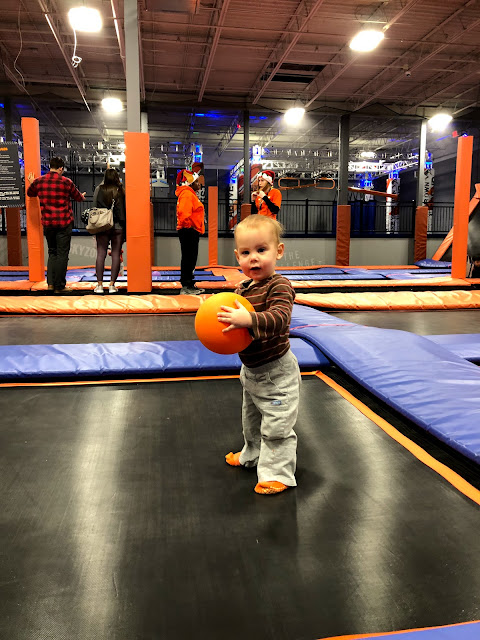 The girls loved jumping around. 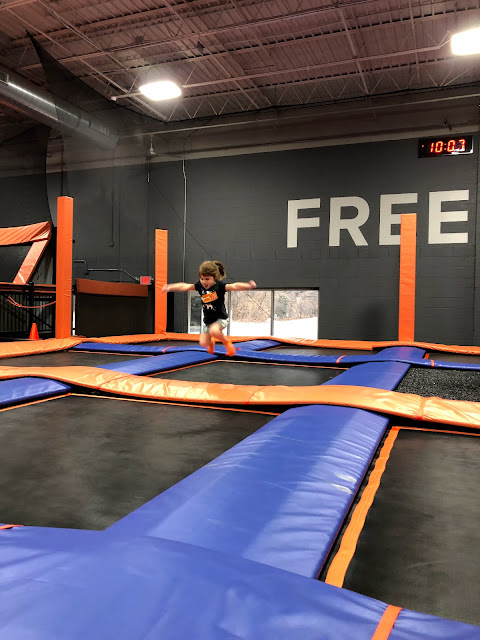 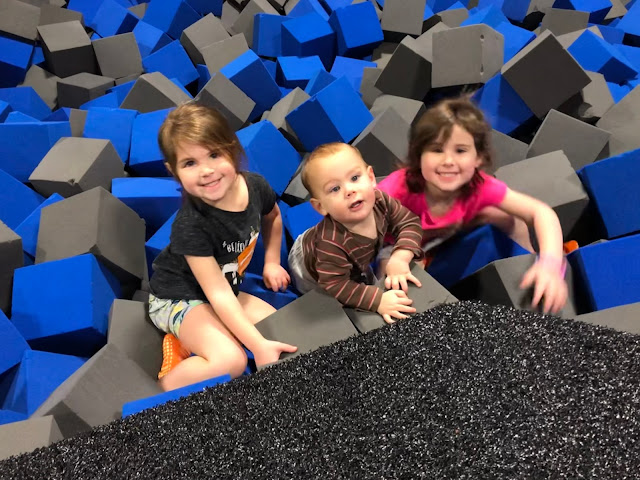 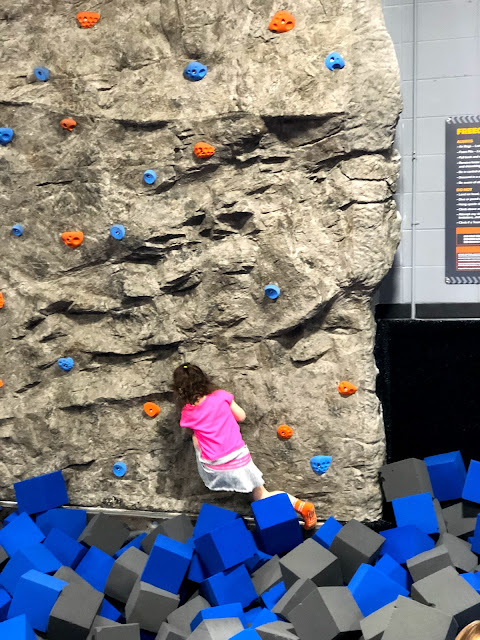 Friday morning I had noticed Thomas's eye was all goobered up. It got worse throughout the day Friday and this is what it looked like Saturday when he got up. I had to work so I didn't get to see him that morning, but Kyle sent me this photo, at least he's happy: 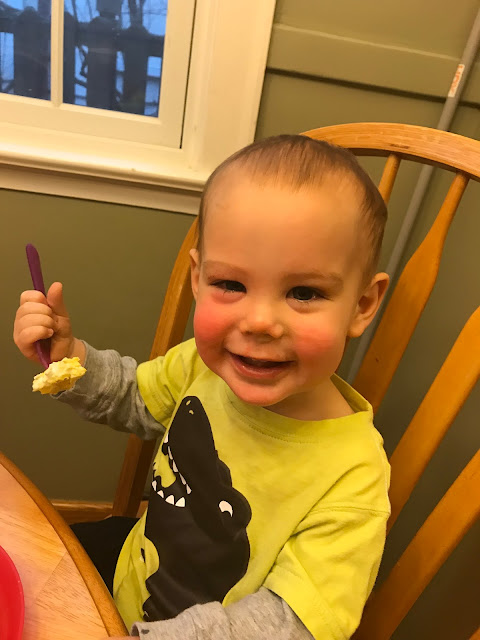 Saturday after work I ran to Costco to load up on groceries for the winter break. And we made Grinch heads for dessert. The kids were huge fans! 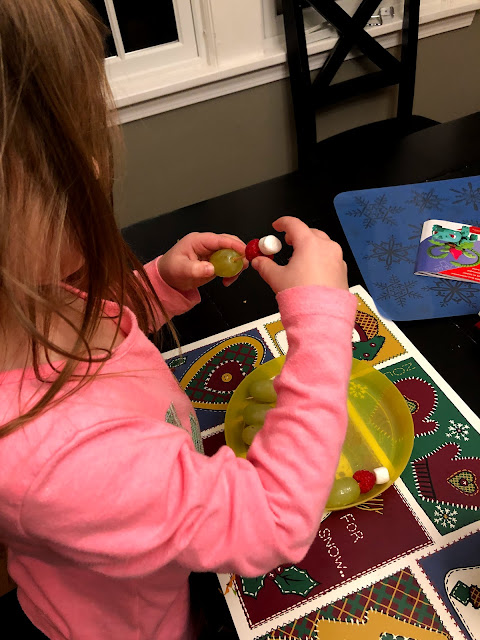 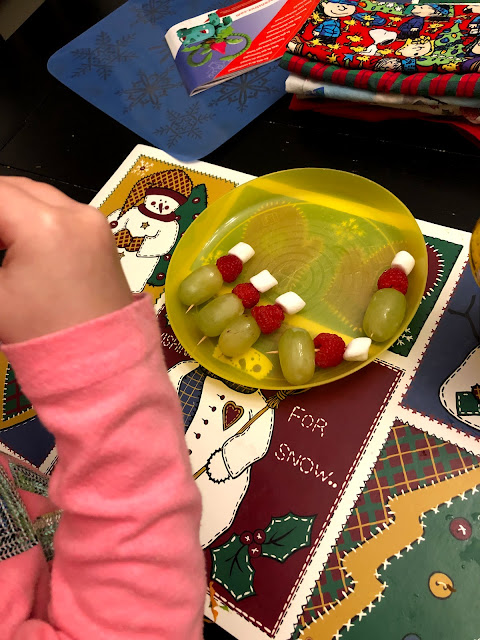 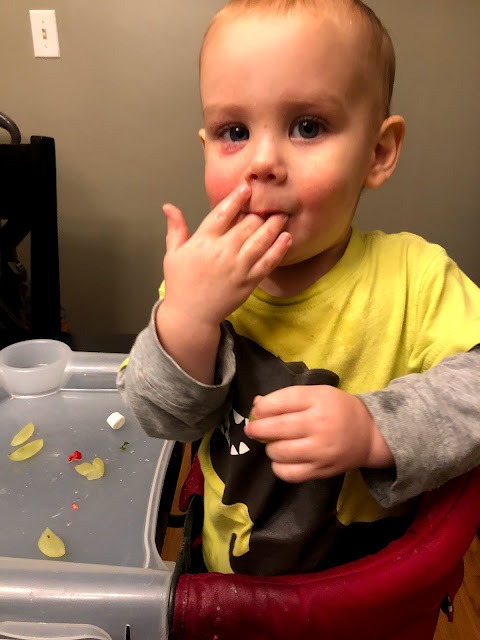 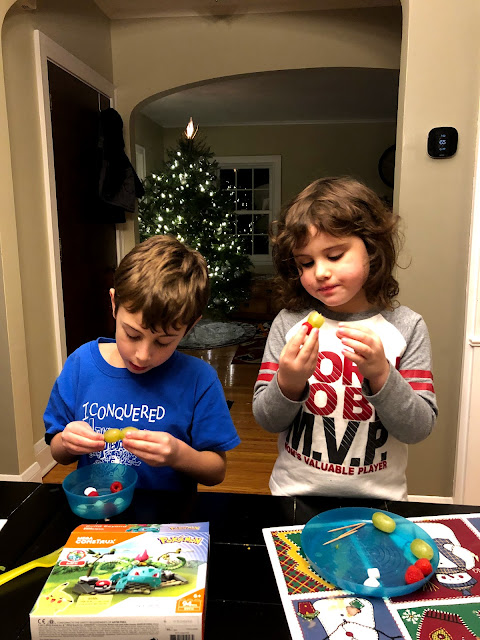 I worked on Sunday as well. Sunday evening bath-time, just had to capture Thomas's cuteness. They aren't little for long and it feels like this time is just flying by! I can't believe he's already almost 18 months old. And being baby number four baths are few and far in between, lol. We need to do it more often cuz he loves baths. But by the time evening comes it's been a long day and he's exhausted and ready to sleep. 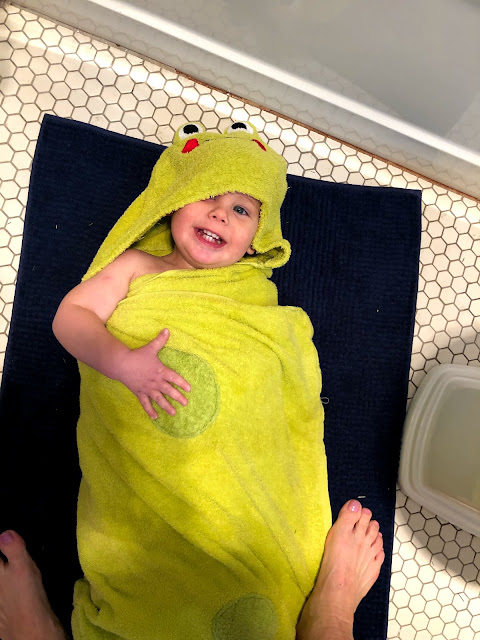 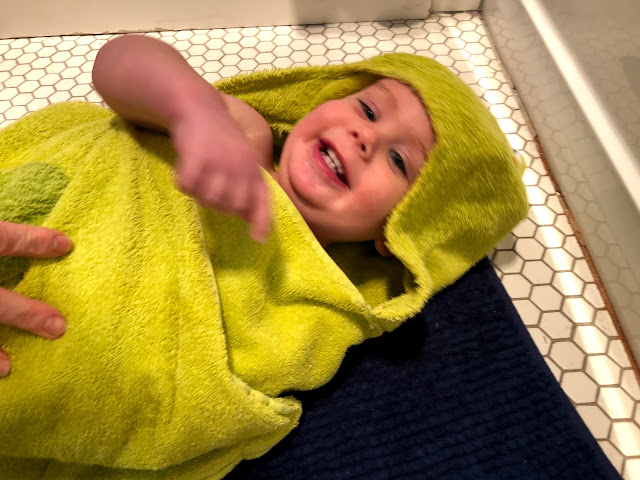 His eye is clearing up. Oddly enough he only had one day of gooey drainage the rest of the time it's just been red on the outside. It's pretty well cleared up now, but you can still see it here on day 3. 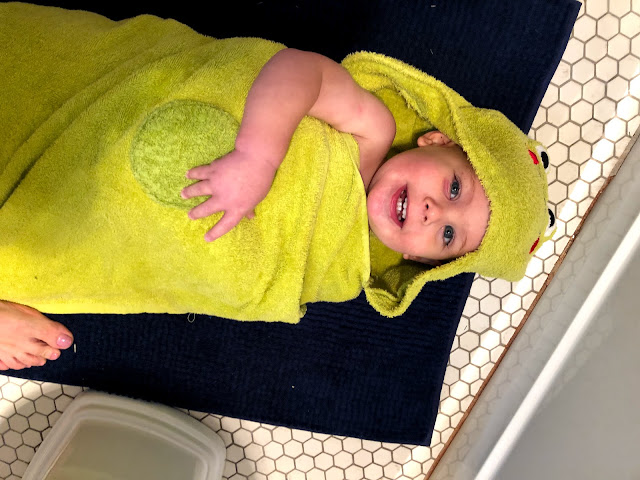 Monday morning was nice to all be home as a family, with Kyle off work Monday and Tuesday and me coming off a weekend of working, it was like our weekend.

I had to capture this moment to document it. When one of us goes to the basement, usually to leave since the garage is down there, Thomas will wave through the cat door on the basement door. LOL. If it's me and he's upset it's not a happy wave or peek through, but I think here Kyle had just gone down to grab something so he was checking it out. OH actually Kyle and Isaac were leaving to get Isaac's haircut so he was waving by to them. 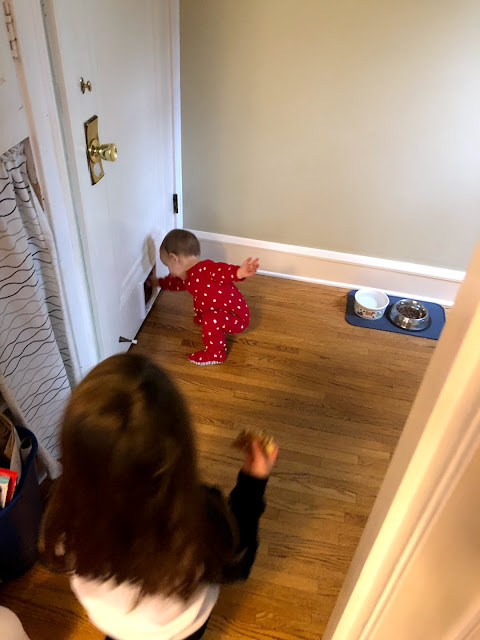 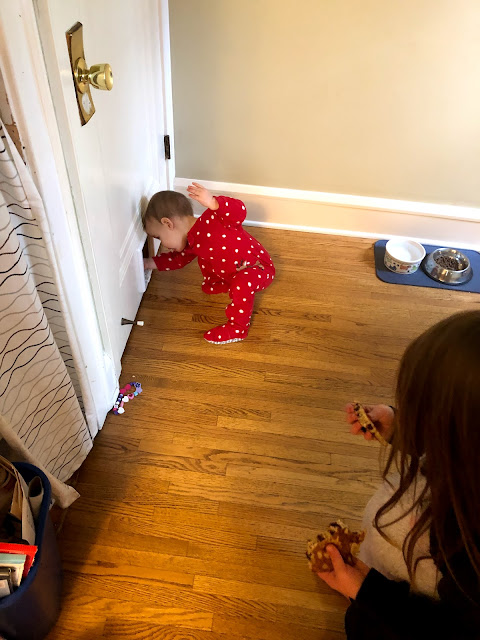 And we usually don't put him in footie PJs, but I wanted to put these Christmas ones to use. He reminds me of Mary because she wore these. Funny how we used sleep sacks a lot with Isaac. The girls were mainly in footie PJs and we use sleep sacks with Thomas as well. We are hoping the sleep sack will deter any climbing out of the pack and play. The girls ended up climbing out of their cribs at sometime around this age ::gasp:: I sure hope that doesn't happy with Thomas. We were lucky that Isaac never climbed out. Isaac got his big boy bed shortly after he turned 2 (in preparation for the twins). Man I can't even fathom that with Thomas he just seems so little and I want to keep him that way forever. When Isaac was this age he seemed so big. Crazy how birth order is so different and each one is a completely different experience.