I opened up my camera's SD card to get the Christmas Eve and Day photos off and discovered I hadn't edited photos since Halloween, so Thomas's 16 month photos were on there along with some thanksgiving, Christmas tree, Christmas PJs, and Isaac's birthday photos. So I added those photos to these blogs and am tossing this one in the mix a little late.


So these are Thomas's 16 month photos but I'll share what he's been up to lately at almost 18 months :-) I'll try to get 18 month photos and add them to this blog next week. 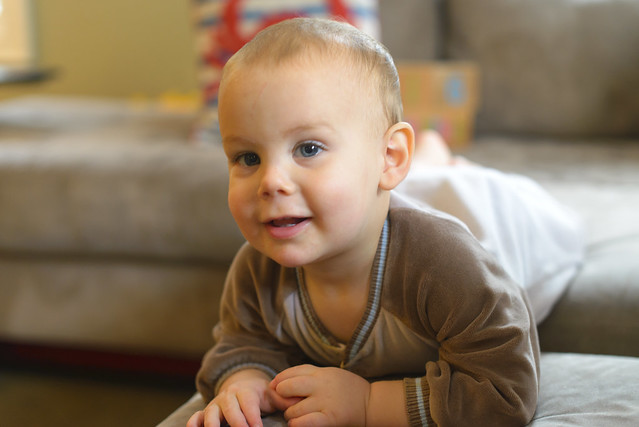 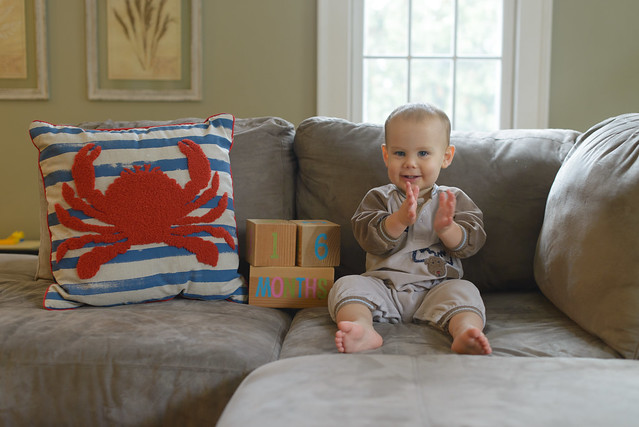 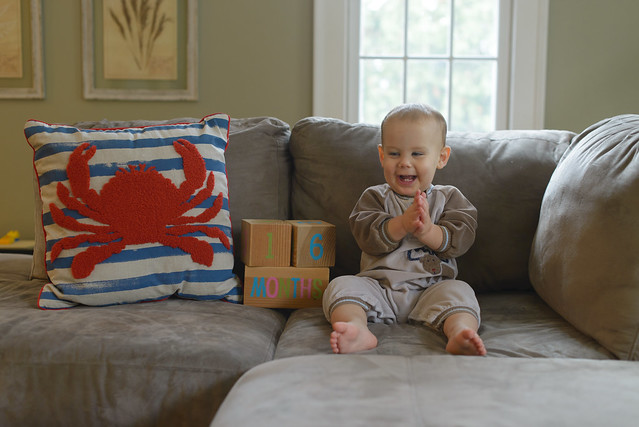 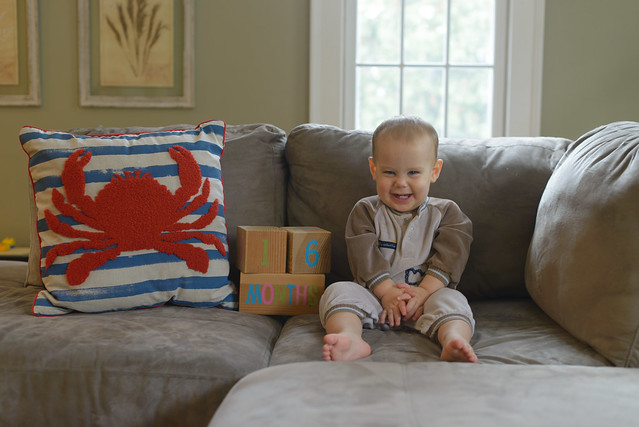 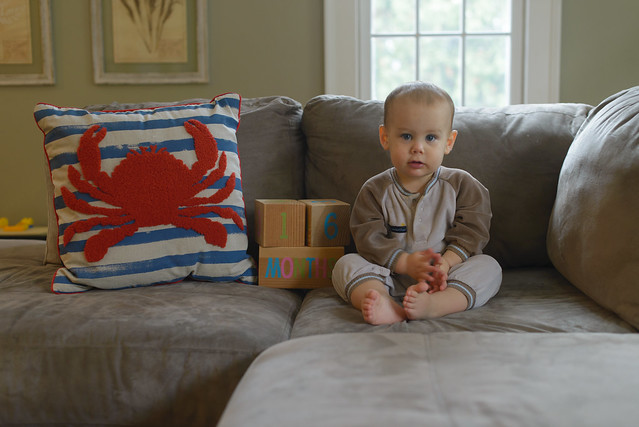 As you can see he is super adorable!!! Oh I just want to squeeze him all the time, lol. At the beginning of December I hosted a holiday party for my MoMs group (mothers of multiples) and we had rearranged the kids play room and kitchen, when we put everything back we left off the high chair in the kitchen so now Thomas is in a BIG KID CHAIR! He loves it! He had been sitting in the other ones for a while, but now he has an official spot. We kept the high chair in the dining room because sometimes it's nice to strap him in. But it is super sad for me because it means my baby is growing up. It's crazy how little he seems at this point compared to when we were at this point with Isaac he seemed like such a big boy and I embraced the change and growth. Maybe since this is our last baby it's just a little harder to soak in.

Food! Thomas LOVES food!! And he's not picky, he would eat constantly if we let him, well he basically does. He understands a lot even though he doesn't speak much. He says dad, mom, ball, book. We even heard him say Isaac the other day. This past week when it snow/slushed I asked the kids if they wanted to go outside with me while I shoveled. He ran over and grabbed his shoes ready to put them on.

He is obsessed with my phone, the kids ipads, or the remote. He gets pretty upset when we take them away after he's worked so hard to get to them. The kids ipads are only a problem if they leave them out and low at a level he can find them in our room. They just get them in the AM while I workout and are suppose to put them away in the basket. Thomas will run into my room after we get him out of bed looking for them to see if anyone forgot to put it away.

He loves bath-time and a new year resolution is to give him more baths so he can play. He loves dumping the water out and filling the cups. As for toys he just loves playing with his big siblings things. Isaac got a little track for his birthday that Thomas loves to play with. He also likes cars/trucks, of course books, and BALLS! He loves balls, throwing them and running after them. Before long he'll be playing catch with Isaac. His favorite book is a sesame street Easter board book and a jungle touch and feel book. Last year for Christmas we got him a box of board books, he's loved that set and will sit and take them in and out of the box over and over. He also likes to cook in the play kitchen. He pretends to eat the things the girls make him and he makes a little cappuccino and pretends to drink it. So cute.

He's got 8 teeth (I think). And seems to constantly be fighting a cold. Must be tat immune system boosting up. He had his first bout of throw up sickness just after Thanksgiving. Caught something from the children's museum. We all steered clear of it until the following week when we went back to the children's museum and Mary caught it. Then it made it's rounds in the family. Glad that's out of the way.