A friend of Isaac's mom told me about this skills camp going on this winter. We signed him up and he went to his first Saturday practice the morning I was in St. Louis. We hired a sitter to stay home with the girls and Thomas so Kyle could take him. He had a lot of fun. Then the following Saturday he had a yucky cough so we had him stay home. Then it was Thanksgiving and they didn't' have it. Then this weekend he was finally able to go back. He has so much fun playing soccer! 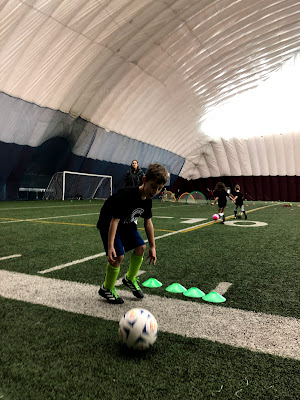 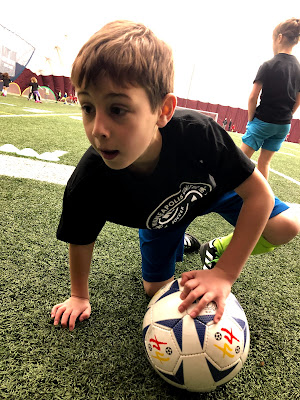 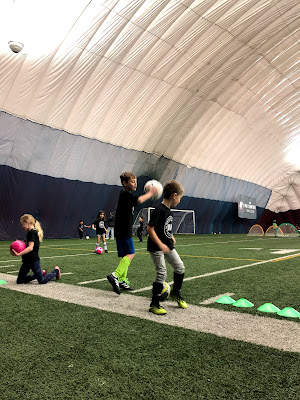 Him and his buddy had won the little game they played by collecting 5 cones, everyone else had 4, 3, or 2 cones. 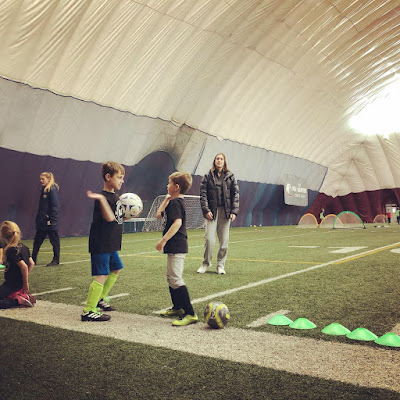 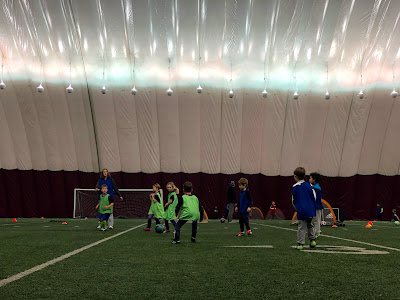 Even though it's a dome soccer field it's still pretty cold in there. I kept my coat on. But it works out good for Isaac because he gets so hot and sweaty that the cold air works in his favor to not get too over heated. It was COLD outside this morning as well I think it was 27 degrees. 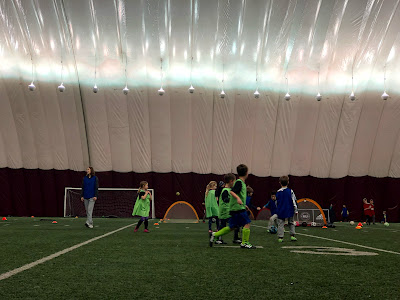