Getting a group photo this Christmas was a nightmare... we attempted it but really none of them made the cut, so might as well just share the fiasco...

I liked the setting by the front tree more, but the lighting was horrible... 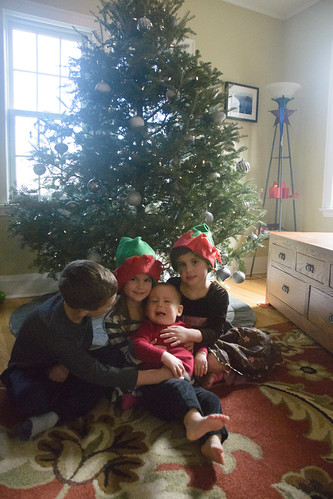 So we attempted the back tree, not much better for lighting or cooperation. Can ya tell Thomas is tired? This was right before we left for church. 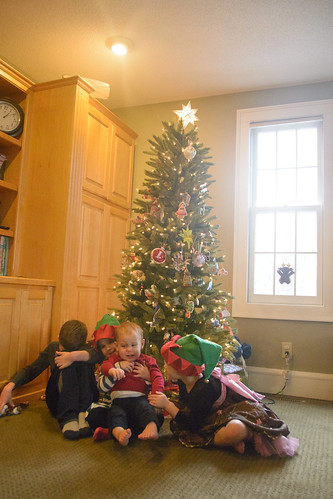 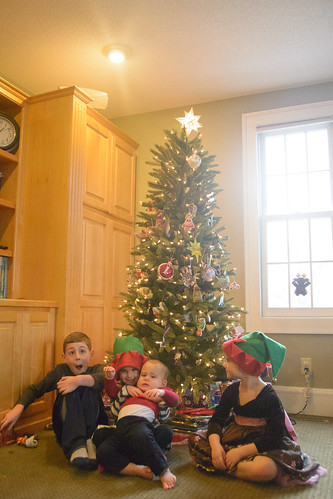 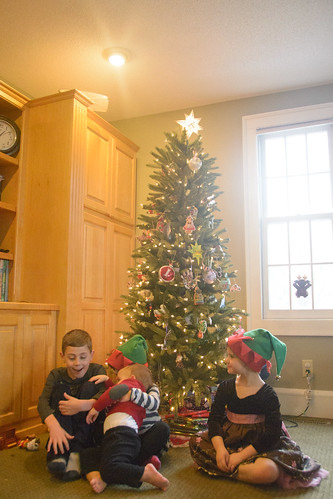 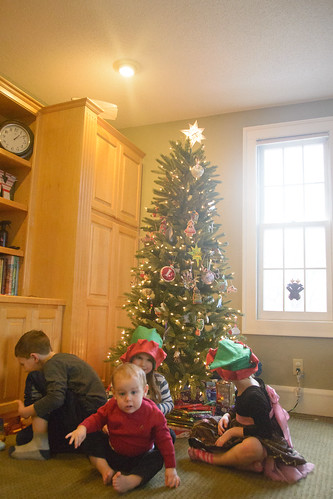 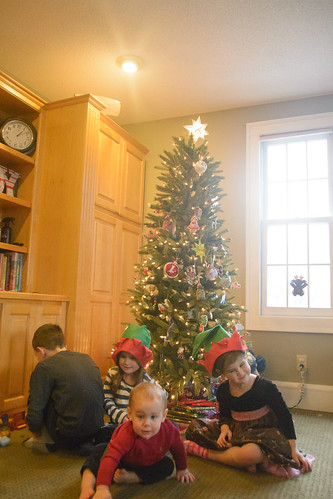 Our church location moved this past year. It's the same church we've been going to for 4 years but they are not in a actual church building. But the buildling is home to a couple of other churches. Our service was at 2:00pm. Which didn't really bode well for Mr. Thomas's nap time. He was super sleeping during and I had hoped he'd doze off. He almost did a couple of times but ended up perking back up.

Mary is in the same dress she has worn for the past three Christmas's, lol. Getting lots of use out of that one. 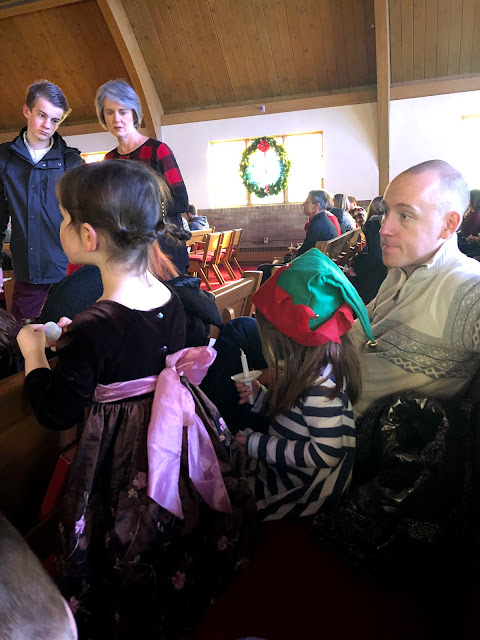 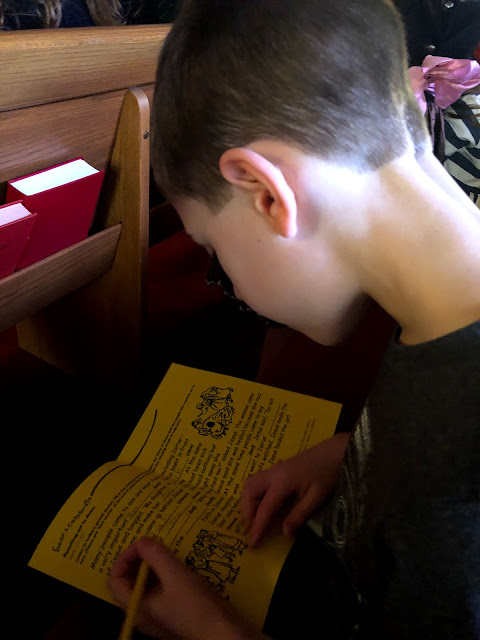 Missed the open eyed smile but at least he was happy at this point. 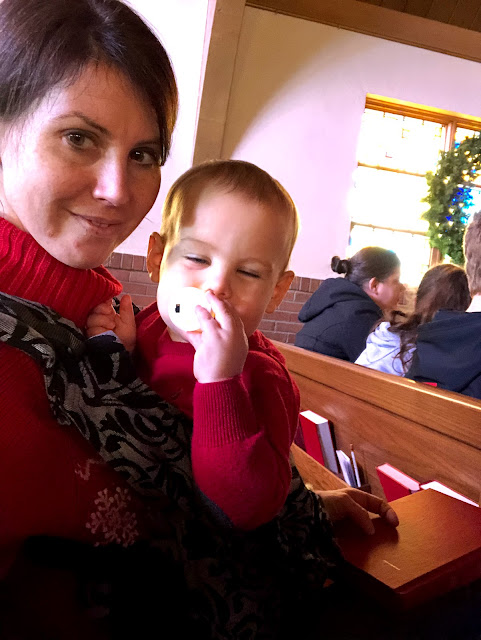 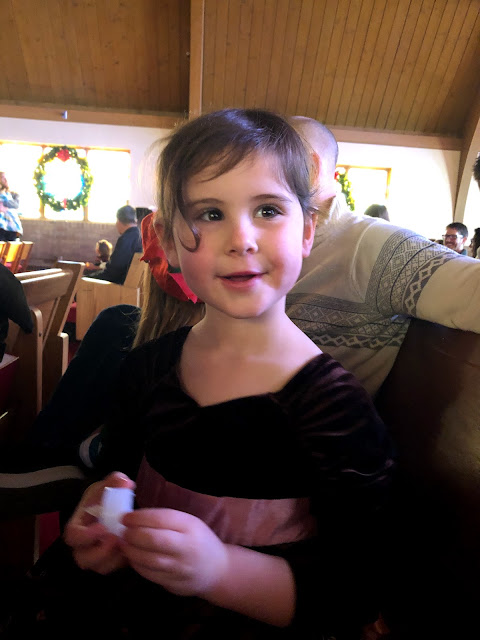 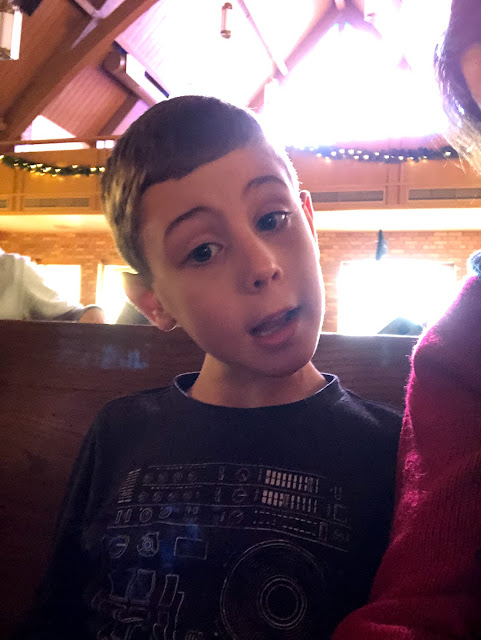 After church we had some time to kill before dinner. We drove over to InnerActive to utilize our membership and get some energy out. I didn't get many photos but Thomas was so happy to run around. (also no luck with him sleeping on the way there as we had hoped. fourth baby problems FOMO, so he never sleeps in the van when all the other kids are in there) 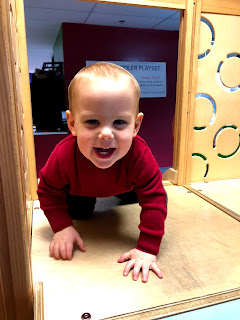 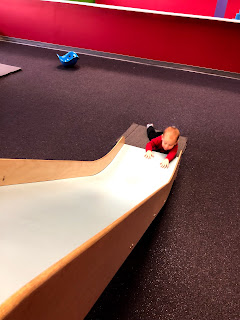 To go with last year's tradition (2017) we had dinner at Crave. We had gotten a flatbread pizza for the girls but they both prefered the sushi that Isaac and I were sharing. These kids love sushi... we'll have to find a happy hour sushi soon so we can afford to feed it to them maybe once a year, lol. Emma's our little elf. 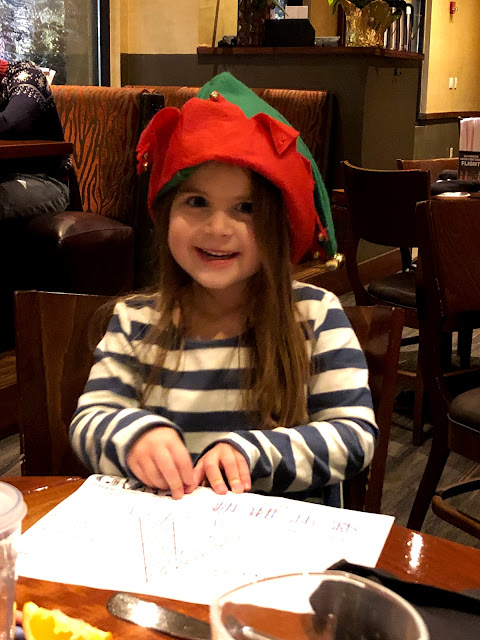 We got back home and attempted some traditions of reading a night before Christmas but they were so wound up and Thomas was beyond exhausted. We got Thomas to bed and let the kids watch a movie in our room. We watched the new Christmas Chronicles movie on Netflix. It was pretty good. 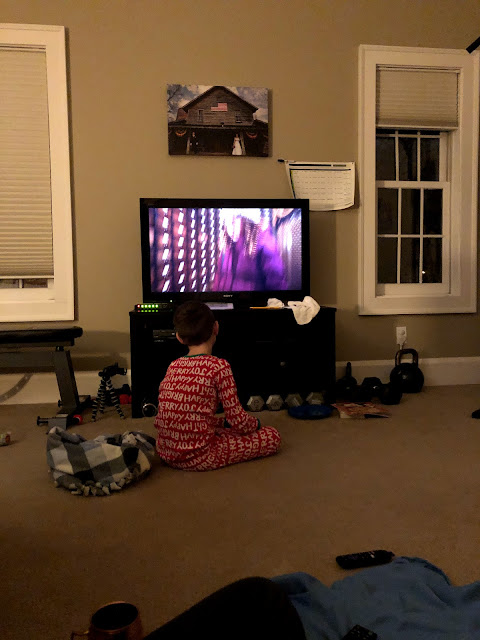 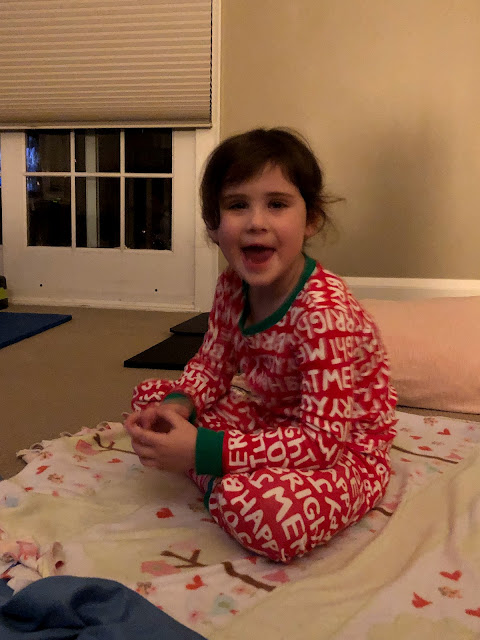 The girls really wanted to sleep in our room, so we agreed that maybe we can make it a tradition to sleep in mom and dad's room on NEW YEARS EVE, not Christmas Eve... just easier for everyone ;-)

The tree after Santa had filled the stockings. Santa even brought Kyle and I a new weight set. Isaac had asked me what I asked Santa for and I explained I didn't ask for anything because I don't need anything. I wanted him to spend his time on them not us. We had this last minute idea. Isaac said "Now you can get rid of your old weights and not store them under the  TV" lol. true buddy. 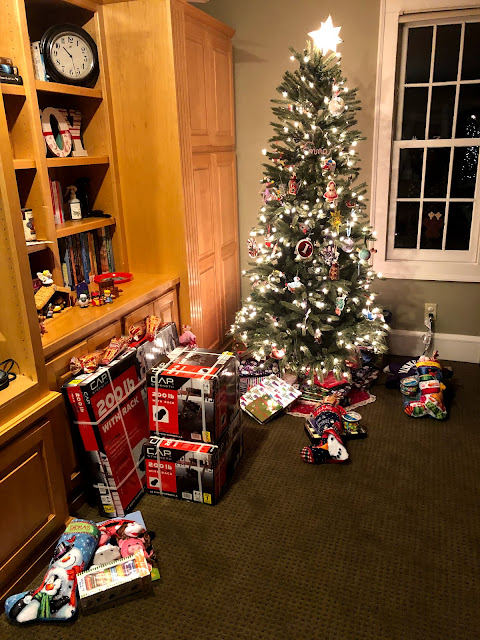 And the real tree. Yes we have a fake tree in the back of the house and a real tree up at the front. I keep this one as the 'mom' tree with matching ornaments and all the fun tradition ornaments go on the back tree. However the back tree is getting too small for all the ornaments we have to put on it. 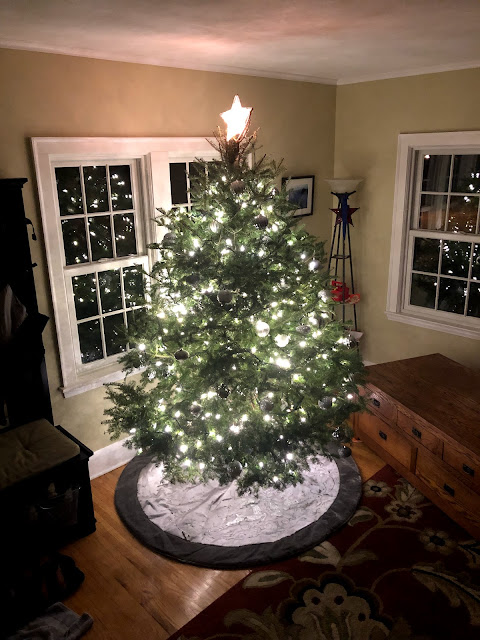