We had another visitor a week or so ago. We are spacing out any visitors 2 weeks just in the event someone get sicks. However Thomas was a little ill (no fever) but runny nose a week ago. Kyle's dad was still okay with coming even though we informed him. 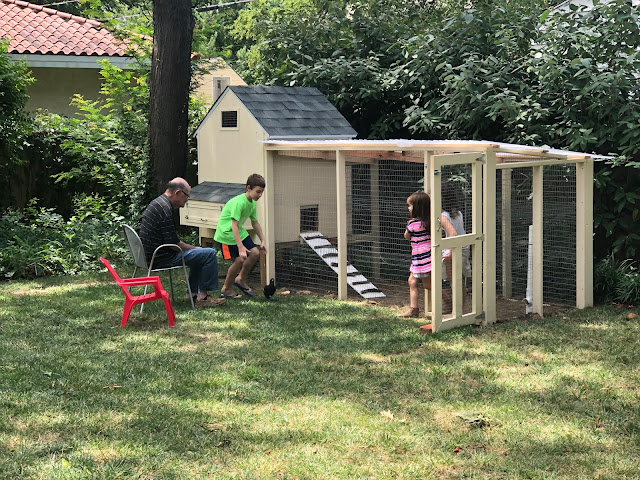 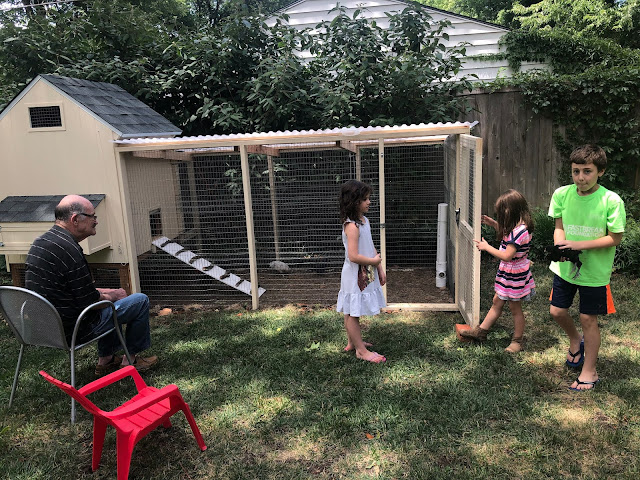 Isaac had a flag football game Friday evening. I haven't been to one yet, nor have the kids. Kyle goes each time and is helping coach. Well I was subbing for a cycle class the next week so I went to attend her class to get the run down since it's a location I don't normally teach at. The game was scheduled for 7:30pm. My cycle class was 5:30 to 6:15 so plenty of time with the 20 minutes travel TO football.... I get out of class and see I got an email a couple minutes prior stating "Reminder game is at 6:30pm" Holy crap! Well we were already late given it was 6:20. I called Kyle and him and Isaac hopped in the car and headed that way leaving Del and the other three kids at home for me to get when I got home a few minutes later. I got home, we loaded up and headed to football.. made it with about 20 minutes left of the game. Which was just fine with this crowd because it was HOT, the kids complained of the heat and sun and is was just miserable sitting there. 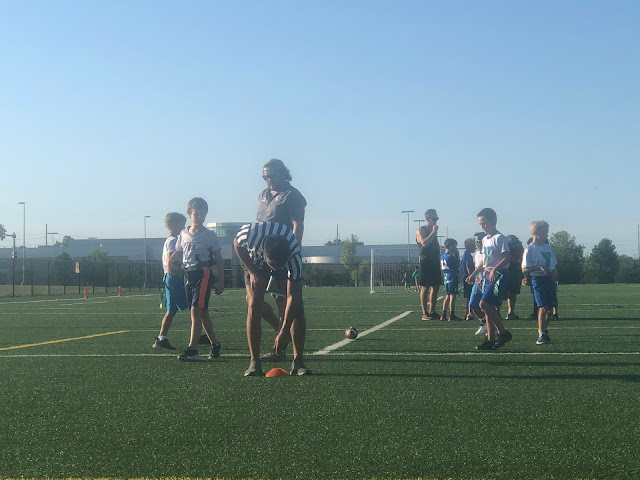 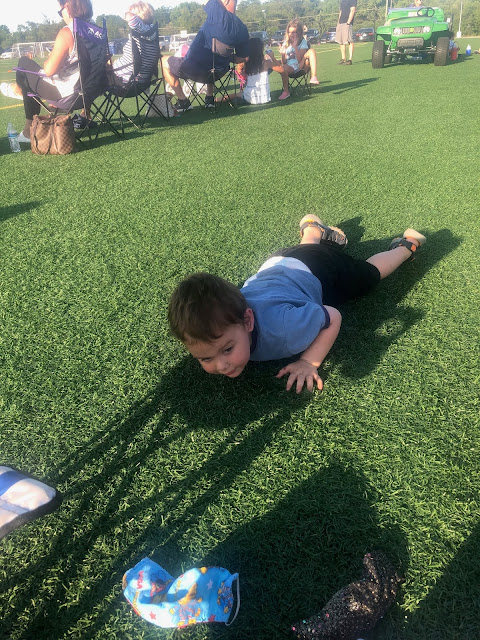 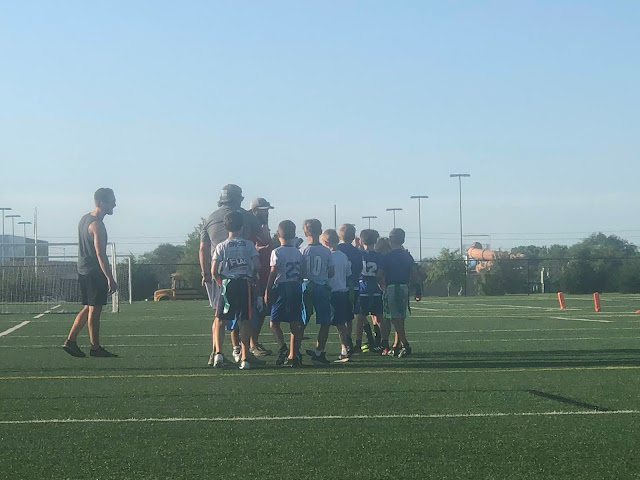 We left the game once it was finished and went out for ice cream. 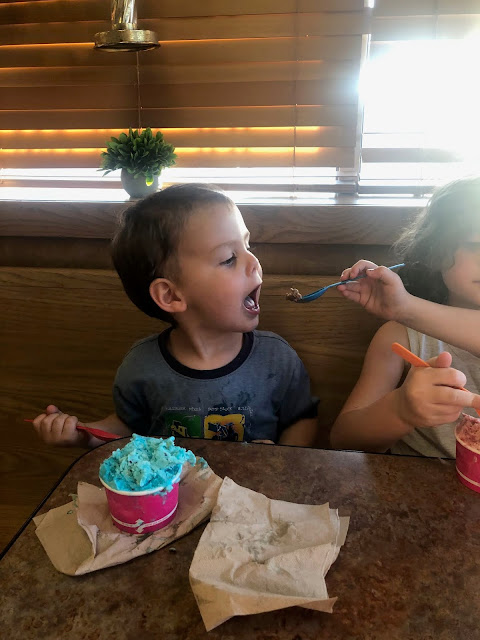 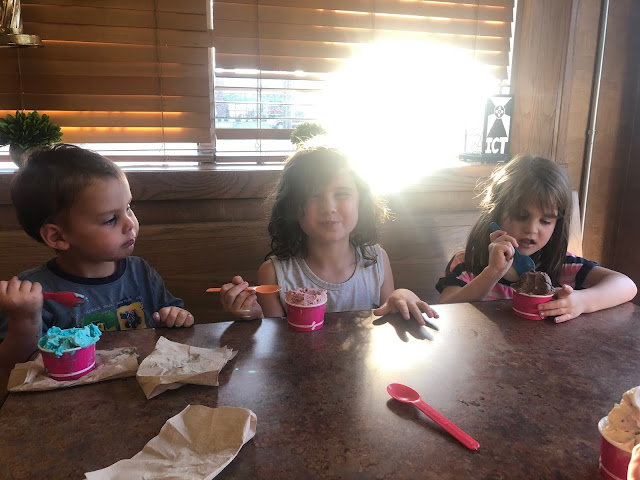 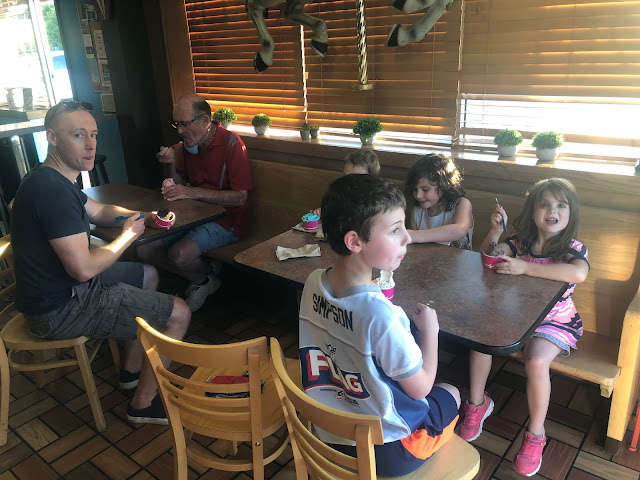 Saturday we went back to Tanganyika Wildlife Park. 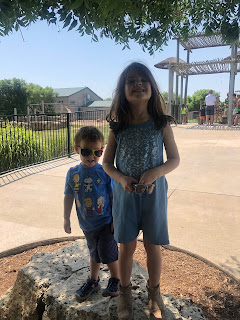 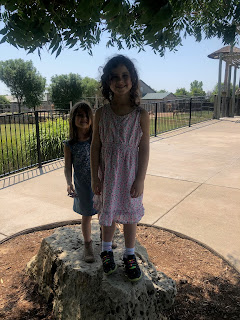 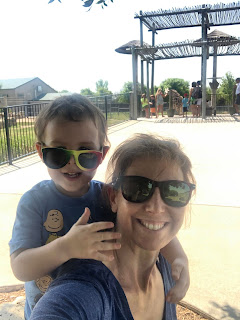 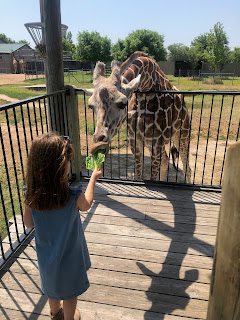 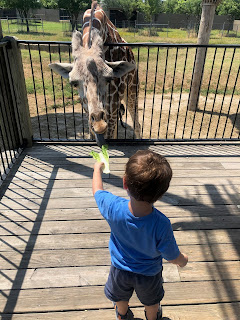 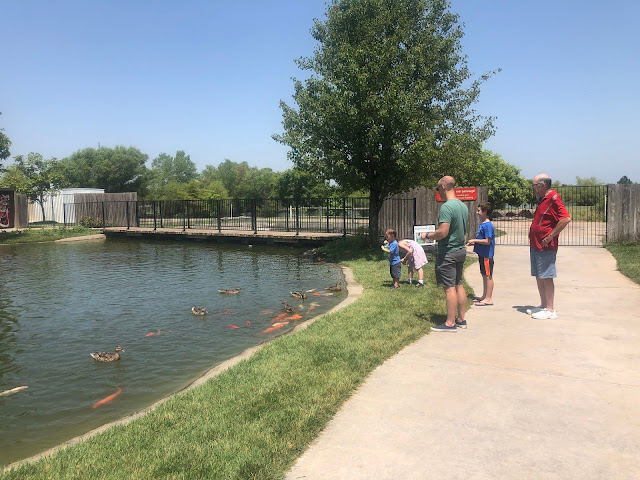 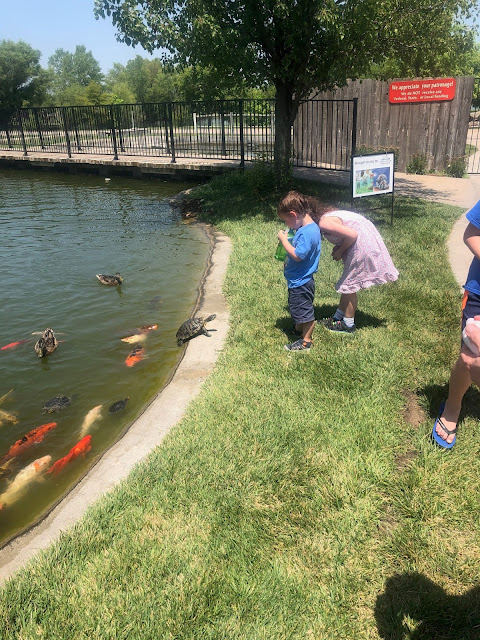 We signed up ahead of time to feed the hippo. We had to wait in a long line. This was more of a game, they were given three carrots to THROW into the hippo's mouth. 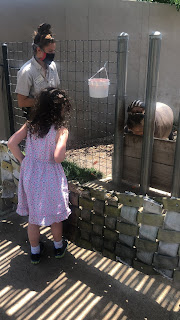 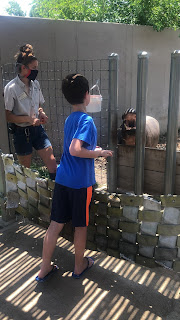 Then we fed the rabbits. 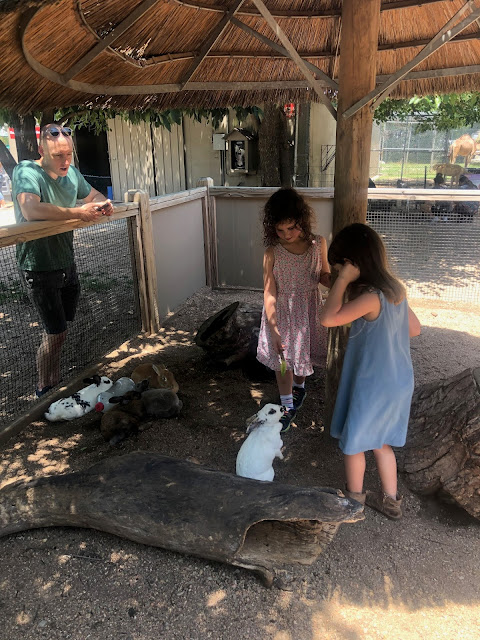 It was hot AGAIN, theme of summer in Wichita, surprise (missing Minnesota summers about now). We made our rounds and headed back home all exhausted from the heat.

Sunday Kyle and his dad with Isaac went golfing. I thought they were all going to golf, but ended up being only Kyle golfing and put in another group. Del and Isaac were just along for the ride and provided their own commentary of Kyle's playing, haha.

It was a quick visit, he ended up leaving Sunday evening but great to see him and for the kids to get to spend some time with their Grandpa.