Finally caught up with the chicken updates. This week they turned seven weeks old. They are finally figuring out how to sleep on the roost. I didn't want to have to interview but I was tired of seeing poor BeepBeep all covered in poop the next morning cuz they were sleeping huddled in a corner and BeepBeep at the bottom. So last week we s tarted going out there after they made their way into the coop and setting each one on the roost. They would hop off but we were at least showing them what to do. Then Tuesday night when we went out there BeepBeep was up on the roost!! Which was great news because she is the alpha hen and usually leads the way. I placed all the others up on top to get the idea but they were all off by the time I got through them all. Closed the door and called it that. Then last night I went out to repeat for number 5 in a row.... only to discover THREE up on the top roost. I shut the door, didn't touch anyone and figure they are getting the idea and the others will figure out soon enough so I don't need to do it for them anymore! WOOHOO.

Also last Friday we picked up some supplies from the barn store. Got some DE and horse stall refresher. It was getting rather stinky in their run and realized we needed a different solution for the ground covering. We went with coarse sand which I laid out Saturday morning. I also got a big fly trap. The flies have been OUT OF CONTROL. I thought they would eat them but not so much. Well last night I noticed them reaching up into the fly trap and eating them so that is progress! Hopefully they will start and the fly trap has def helped with fly control. We already have about 1,000 dead in the trap.

Setting up for the week 7 photos: 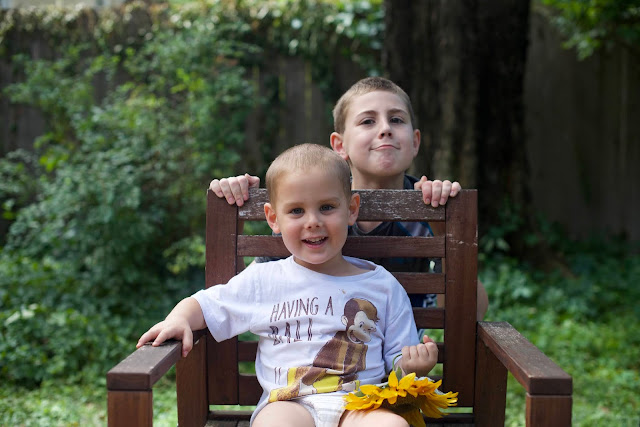 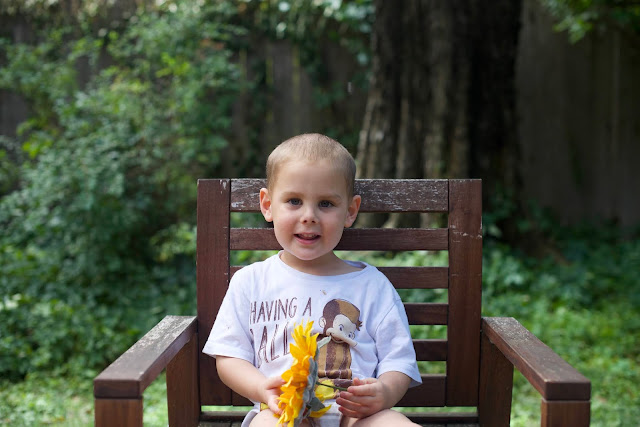 Attempted to take photos of them in the chair, but eventually found it was easier to capture each one in their own element. They did not like standing on the chair...

Still don't really know who are hens and who are roots.... Keep trying to see a difference in saddle feathers, tail feathers.... but not sure. Anna is really the only one that looks different. Maybe he's our only rooster, who knows. But Elsa and Lila's tail feathers look like Anna's, but could end up rounding out or pointy so who knows. Ya don't know til they crow! 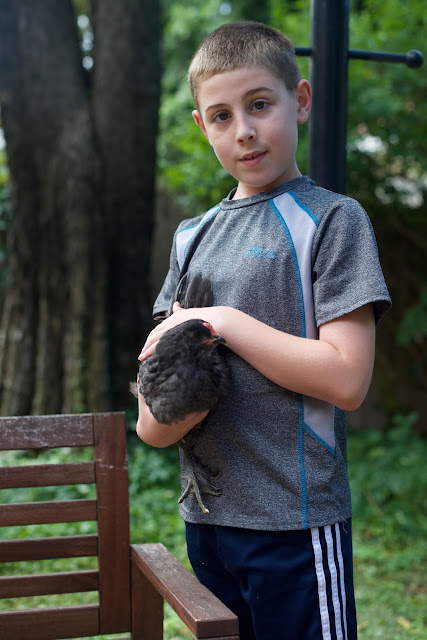 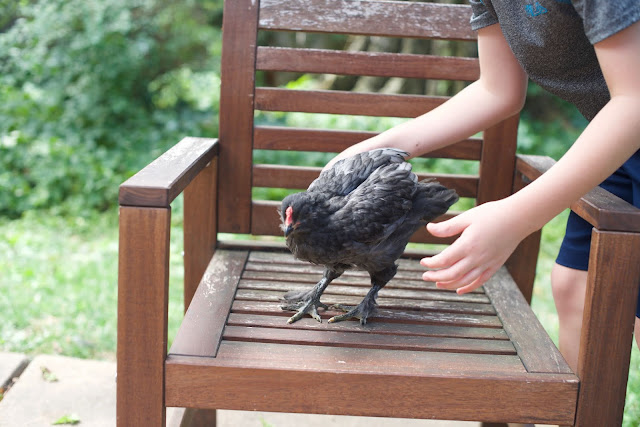 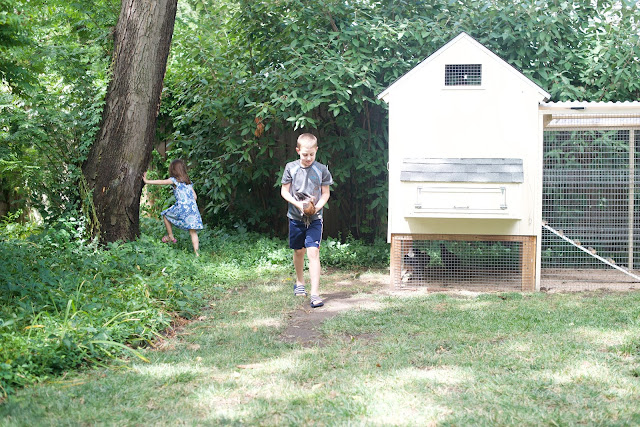 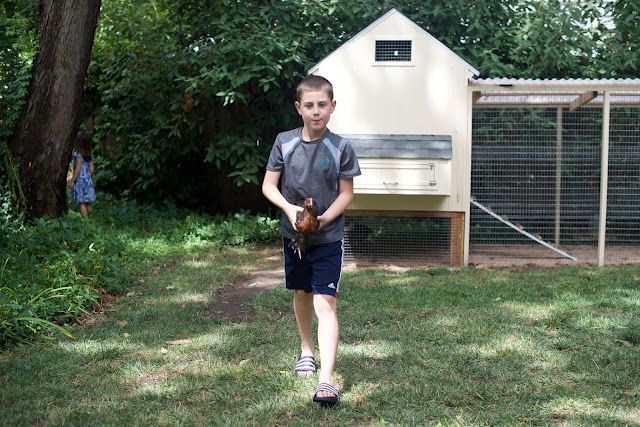 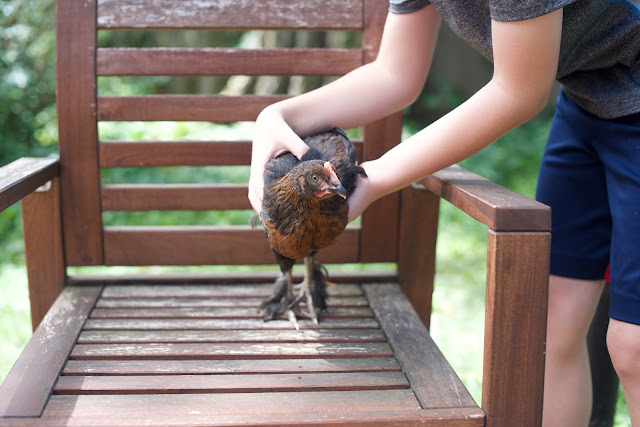 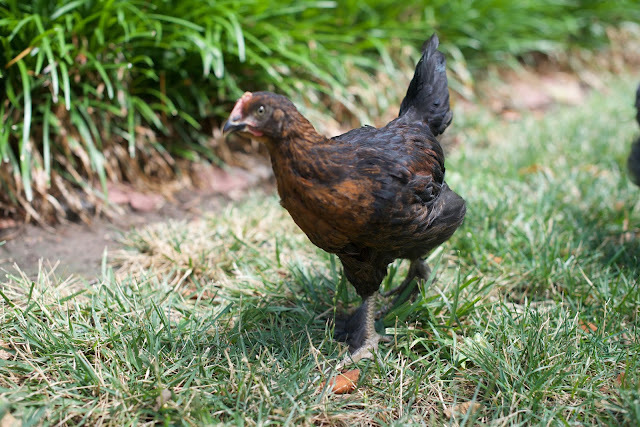 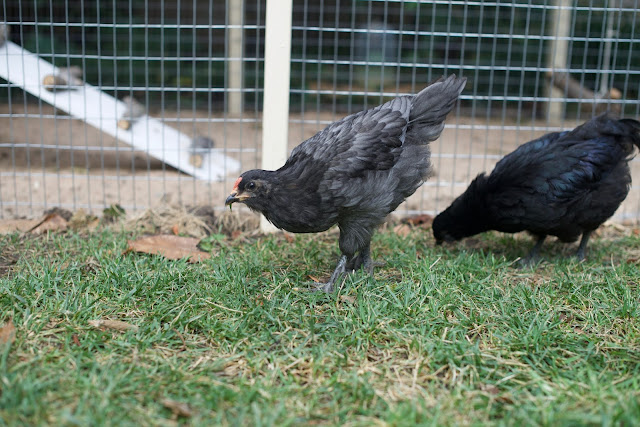 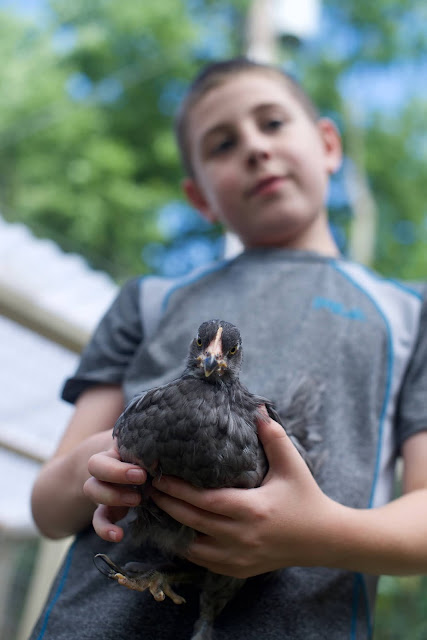 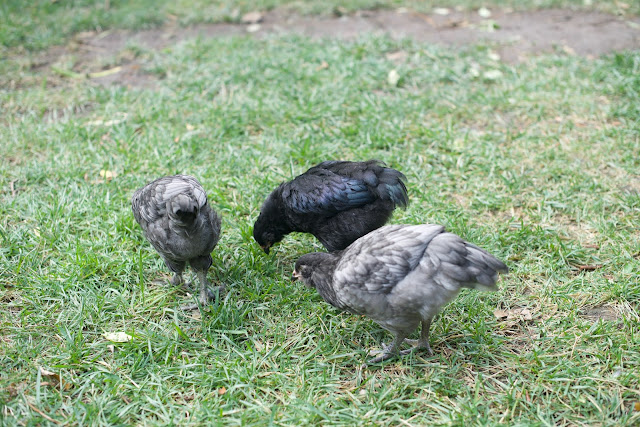