July 14th, 2020
Trying to get caught up here. Took 7 week photos today, so wanted to get last weeks posted. They are growing fast and harder and harder to capture their 'weekly photo' haha.

Here's what we got for the line up:
Elsa, Bernadette, Olaf, Mrs Bob, Beep Beep, Anna, and Lila

Here are some other photos of the process, lol. The kids have fun running around the yard chasing them. 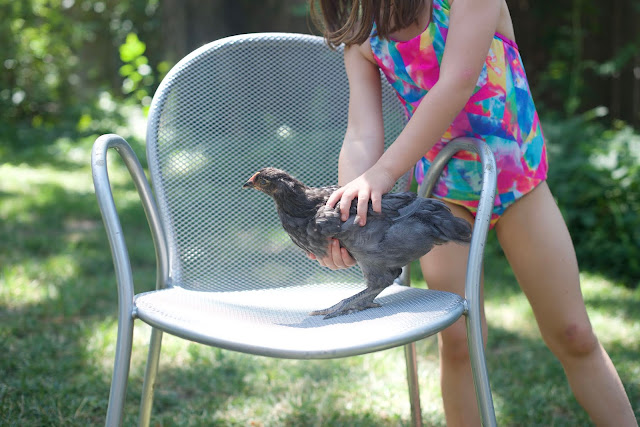 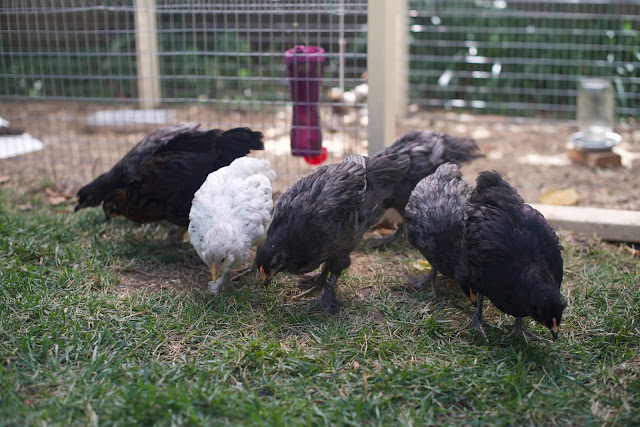 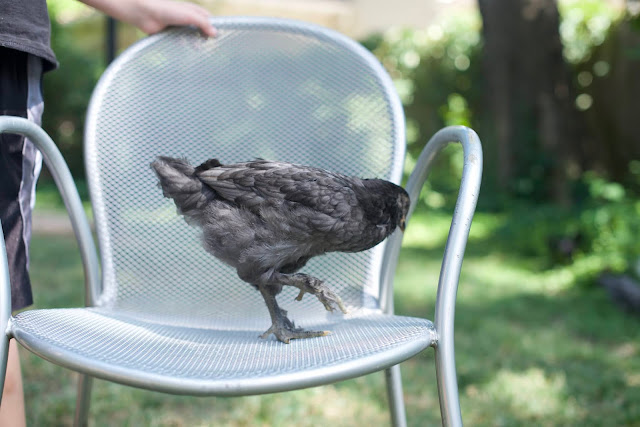 I had the kids hold the chicken for a SAFE shot and to get focus right, then they'd let go and I'd try to capture them standing there. Sometimes it worked sometimes it didn't. I have a fun collage I'm putting together but going to wait til I get today's photos in to share... unless I don't get it done this week then it will contain week 8 as well next week.

Here's Lilia, We have a hunch this one is a rooster too. 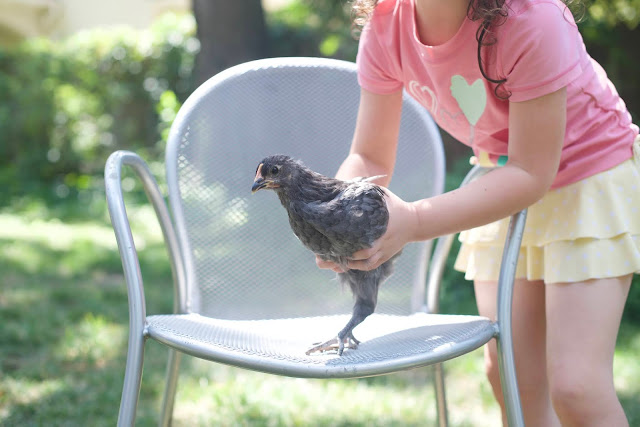 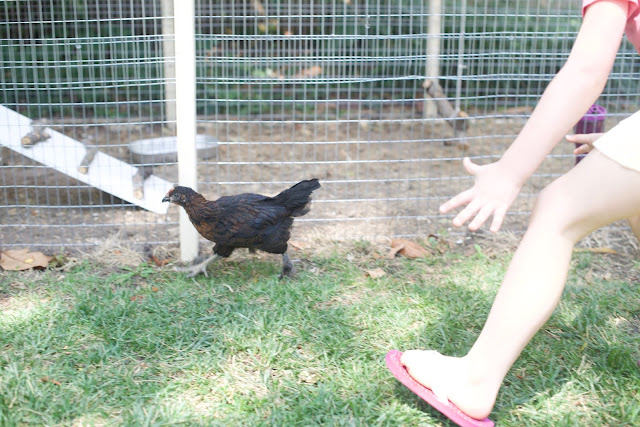 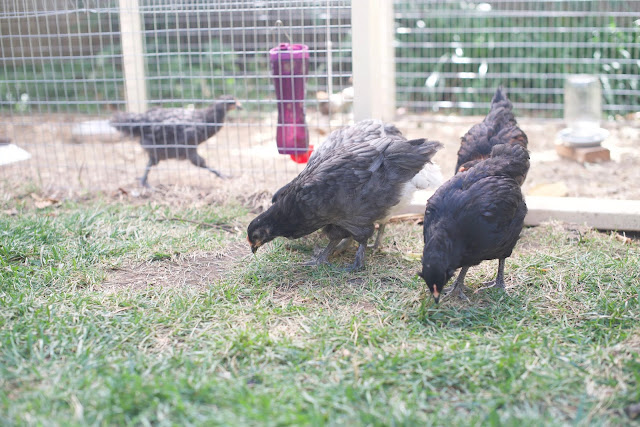 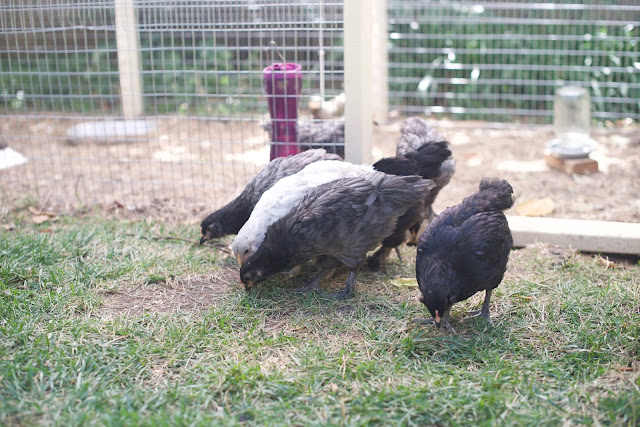 Week 6 is also about the time they started to forage in the tall weeds. Since this photo I have cleared out some of the awful vines a bit so it's not quite so exotic over there and we can see them better. They love it. Not sure what they're finding but hopefully it will help our backyard bug problem. 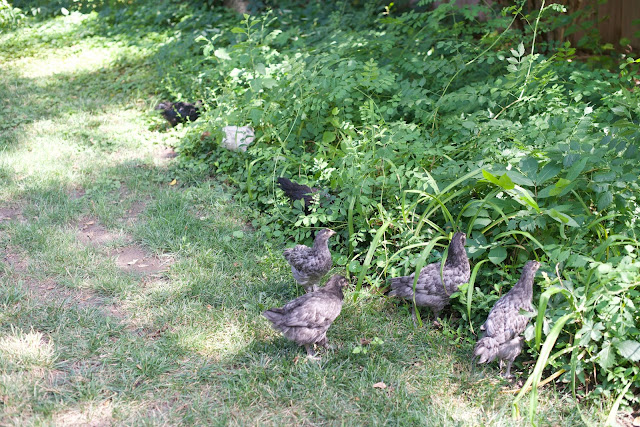 Mrs. Bob has the red bubbly comb. Thinking boy with the tail feathers and red comb but she could surprise us and end up being a girl. Our for sure girls are Beep Beep, Bernadette, and Olaf. 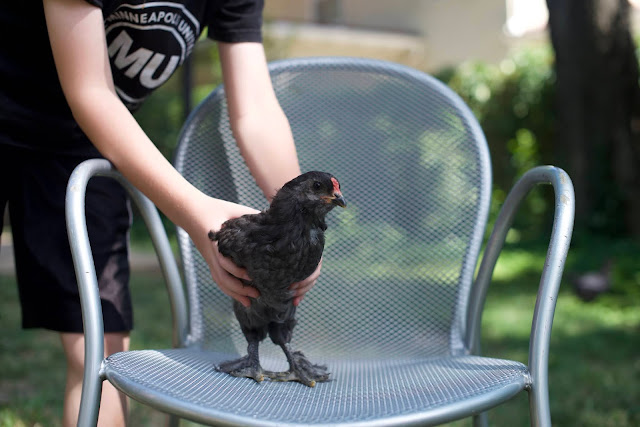 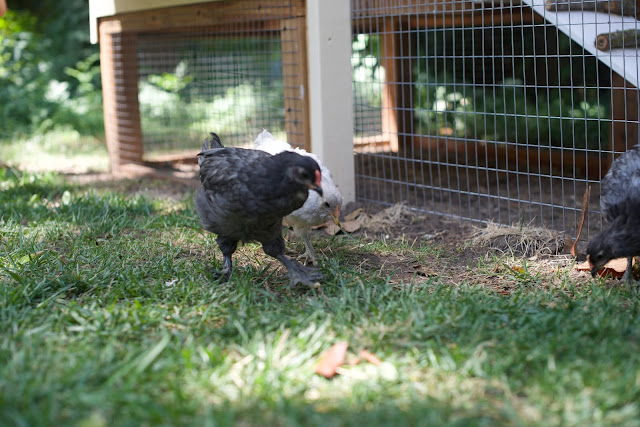 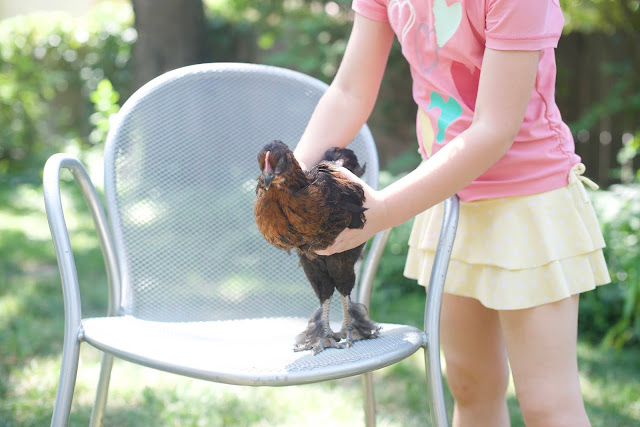 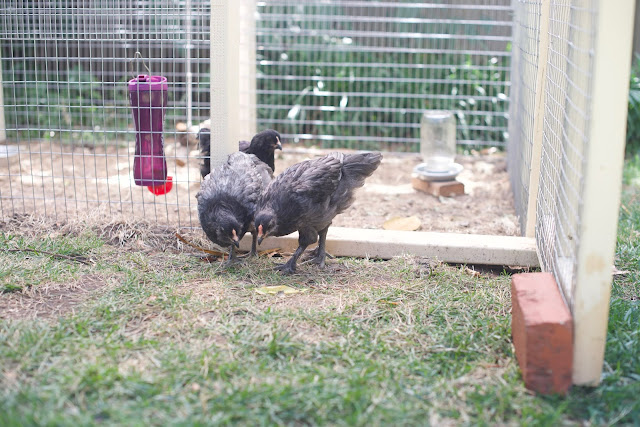 This was also the week we discovered the mice were foraging on the chicken feed outside overnight. As we were waiting and watching them go in their coop at the end of the night I see two mice bopping around trying to get to their food. The chicks would scare them off then they'd bounce around again... we killed three mice in our house a couple weeks ago. I happen to see one run across the kitchen floor. We set out traps and closed up two broken windows in the basement. Fingers crossed that was their only point of entry.... but we killed one shortly after the sighting. Then two more in the next few days. No other sign of them and the bait left out hasn't been touched. Since we have a bug/pest service, I called them. They gave us a lock box trap to set outside by the windows and a stack of sticky traps. I don't really like the sticky traps and prefer the snap traps which is what we use. But I decided to put two traps out to teach these mice a lesson... as well as move the chicks food inside. We got one mouse, which was sad I know. Isaac asked why we killed it outside... I said I know I shouldn't have but wanted to prevent them from eating the chicks food... hopefully that sent a message to the others. But now we don't have food out there so that should also solve that issue. Since this photo I have changed out the food container and we aren't using our PVC feeder anymore since it's more of a bulk feeder for outside. Maybe if we need to leave the chicks for a while it will be a good one for a longer period of time. 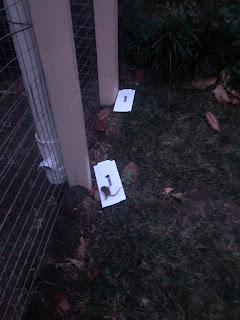 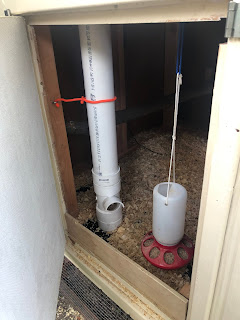