I pulled this out to reassemble to get our beach towels a place to hang. Glued it back so that next time we move they won't totally disassemble it. They took apart WAY TOO much stuff. 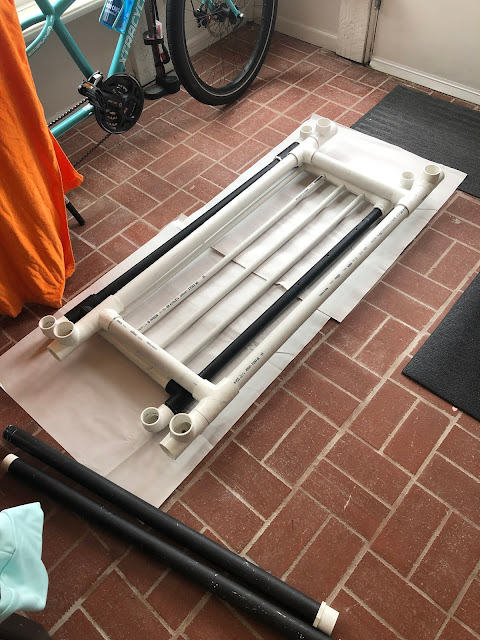 The fence has been a pain about to blow over with any sort of strong wind. I noticed it was opened one morning, actually opened... not wind. So I nailed these boards on to prevent anyone from opening it and also to give it some support until we can get it replaced. (which happens next month). Our. neighbor had braced it at one point then came over to brace it better but I told him it wasn't his responsibility and not to worry about it. It's in the far corner of our lot near the busy road so we planned to get the fence replaced and completely remove the gate.

One day it was really doing bad so Kyle and I had to get out there and do a better job of bracing it before it could be replaced. At this point I had a few bids waiting to hear back from one guy... which he still hasn't gotten back to me over a month later (such bad service here) so we went with the first company. I forgot to snap a photo of the bracing we put up. 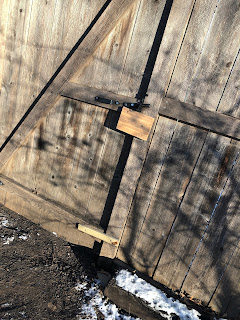 We have 3 sump pumps and they all have massive back up batteries. Apparently the KEY to keeping the basement dry in this 100 year old house. Well one morning... the morning Kyle was traveling for work this battery alarm was blaring and I could NOT get it to stop. It was a Tuesday, had to get the kids to school and Thomas and I to BSF so I just left it after attempting to get it to stop. Had a plumber come over later in the day and he was able to get it unhooked so the blaring would stop. I had tried unplugging and everything but it just wouldn't stop.

We recently did get it replaced so hopefully won't be an issue for a while. 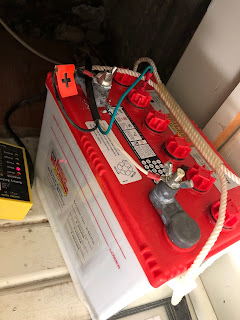 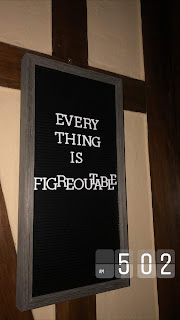 So all our closets have automatic lights, which are nice, when the door opens the light turns on and when it shuts it turns the light off. Only problem was the boys closet. When we'd be in there to put laundry away the door would swing shut on us leaving us in the dark. So I put this door stop on to prevent that. 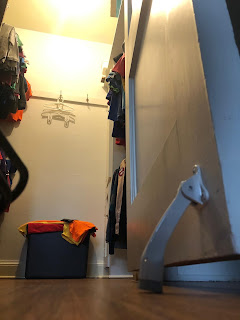