Sunday, March 22nd we decided to get out of the house and go for a drive. We had looked up natural moments of interest nearby and decided on Mushroom State Park which was only about an hour and a half drive away.

On our way there we discovered Kanopolis Dam, another state park that we stop at on the way home. 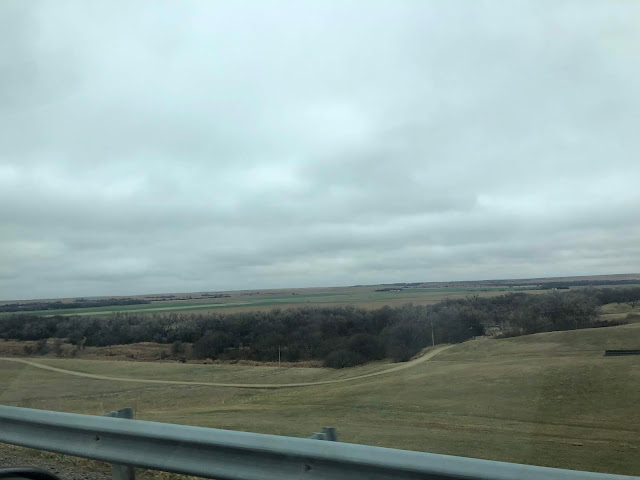 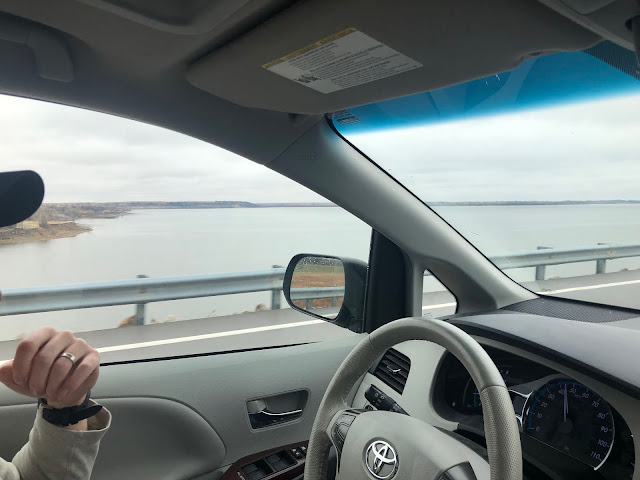 We turn down a dirt road, legit dirt road leading to a STATE park... it was clear the parks and rec department of Kansas is not as advanced as Minnesota State Parks. 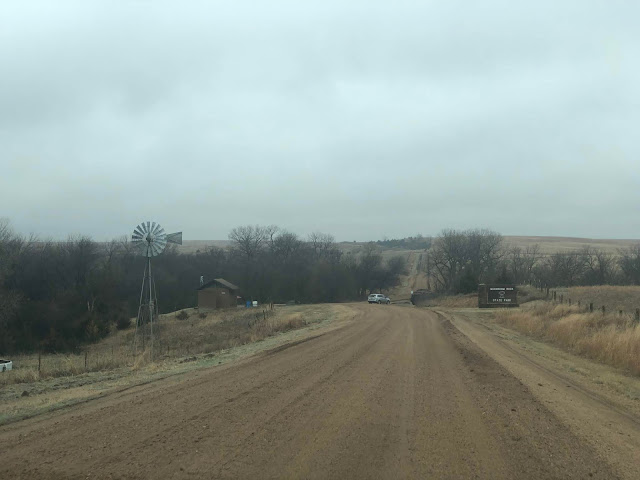 We arrived! LOL It was pretty weak, but still a fun adventure. 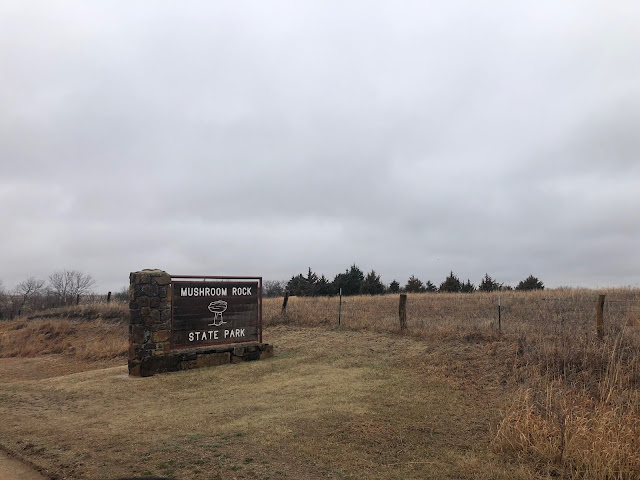 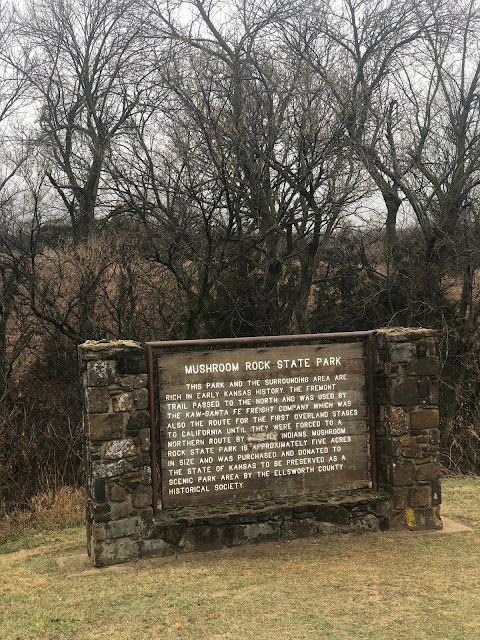 There was one other car there when we arrived but they left shortly after we got there. It was pretty chilly so our plan to have a picnic was replaced with lunch in the van, haha. Kyle and I were on our LAST day of the reset so we packed our food and the kids sandwiches as well. 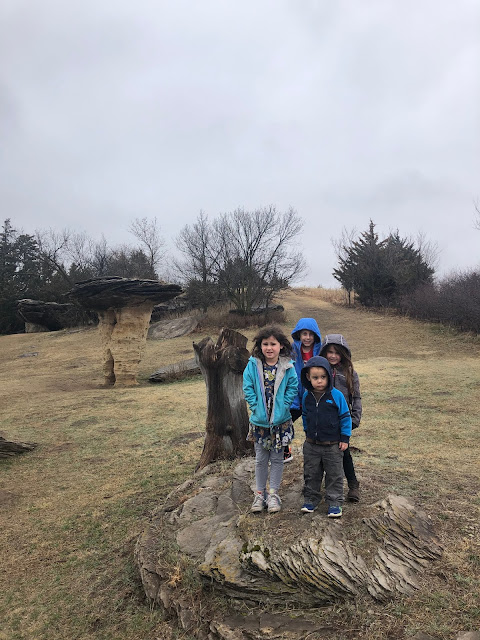 THIS is Mushroom rock: 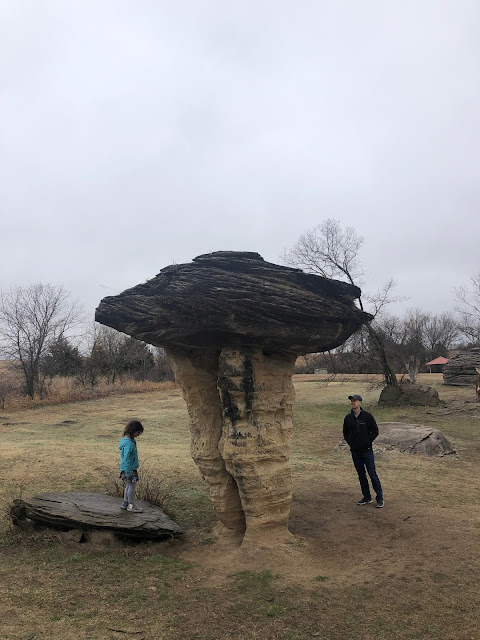 There were lots of other cool rocks to look at, not many you're seeing them all in these photos. 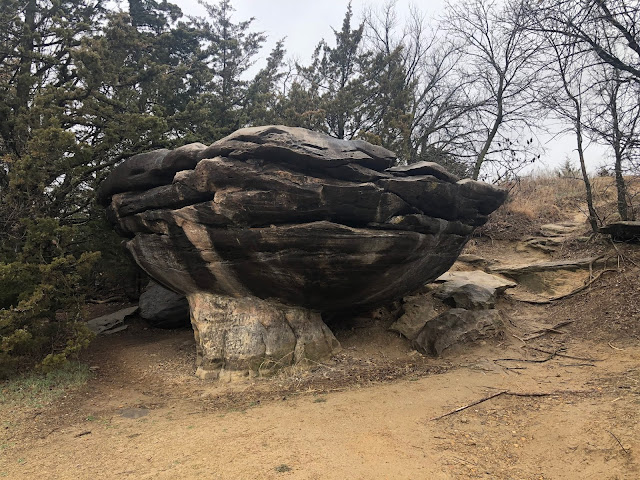 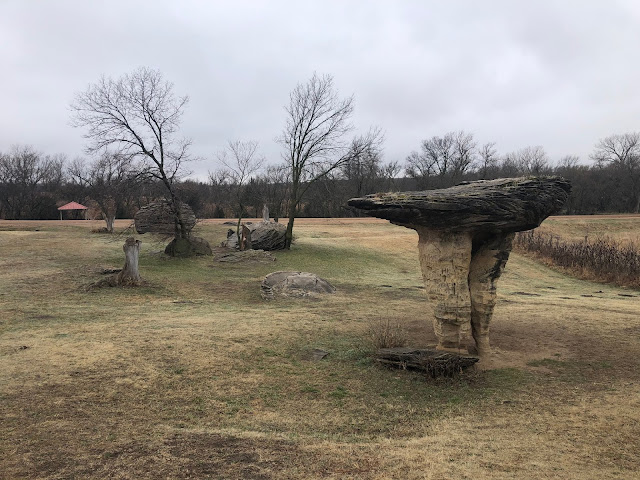 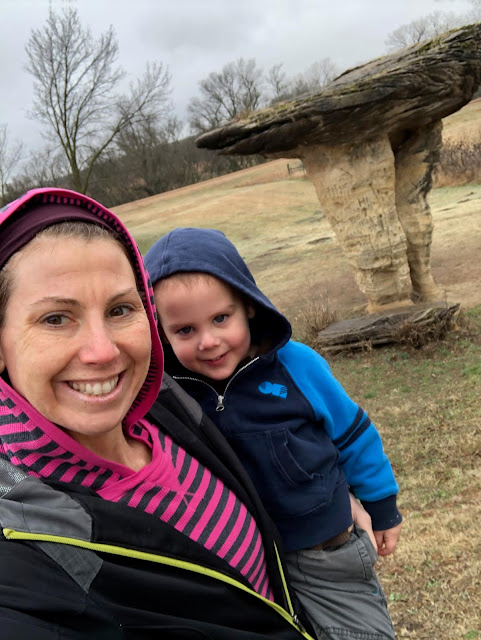 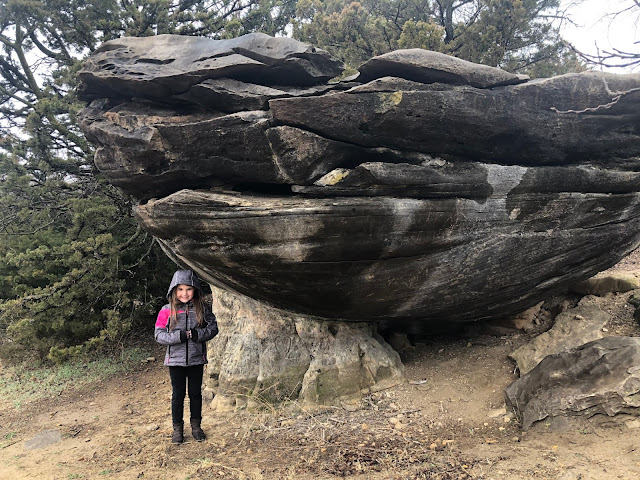 We even captured a GREAT family photo :-D 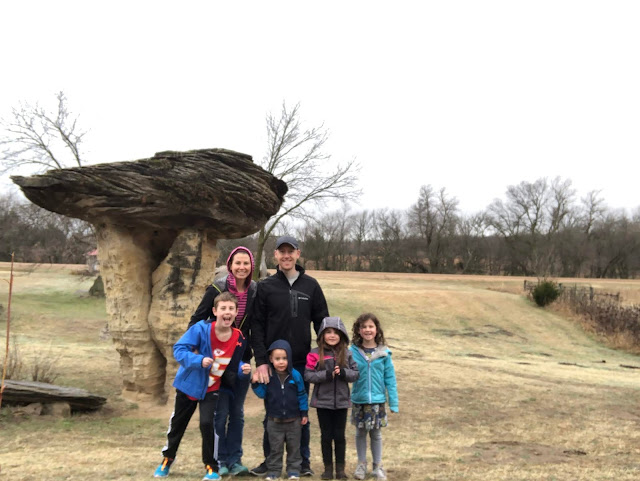 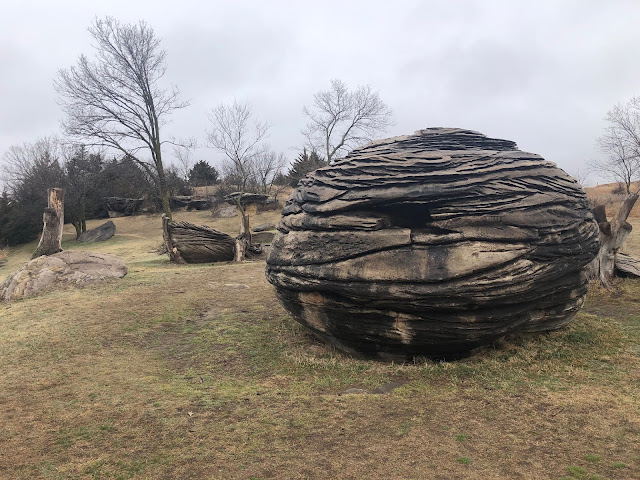 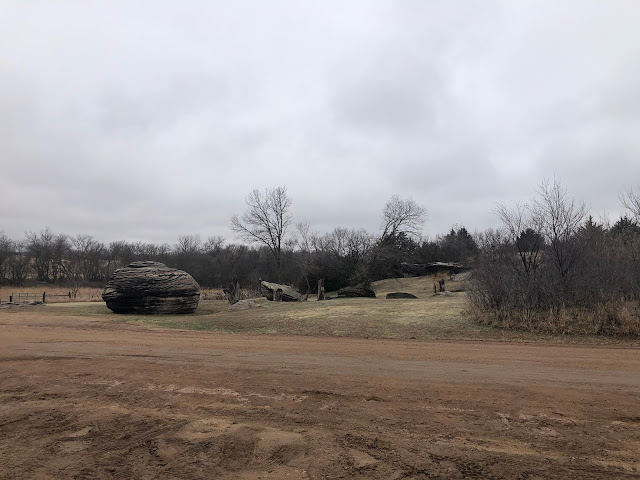 Thankful they had a bathroom, it was a permanent port-a-potty but I'm so glad it was open! 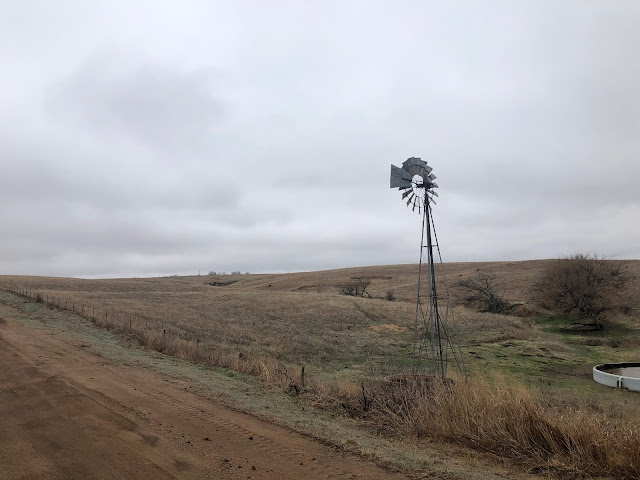 We headed back home and stopped at Kanopolis State Park along the way. Did a little drive around first and spotted a dear, a bunch of turkey's, a bald eagle, and some real country living quarters. 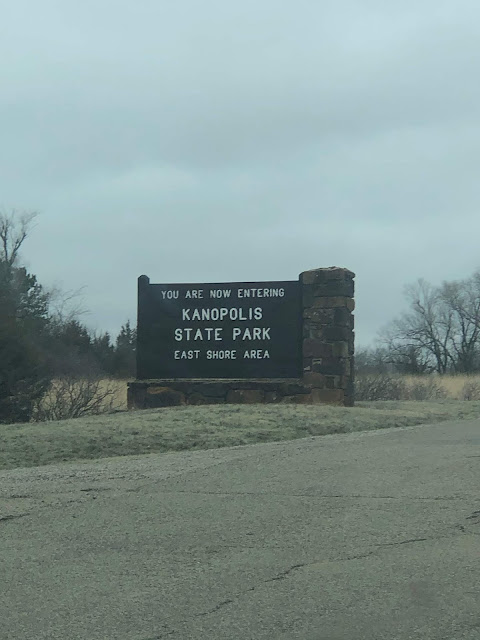 They had a playground we stopped at, which the kids loved and desperately needed. Kyle and I sat in the van we were so cold, the kids ran and played. There were restrooms here but they were all closed due to COVID-19 according to the signs :-( We had to stop to get gas on the way home and hit the restroom before the hour drive. 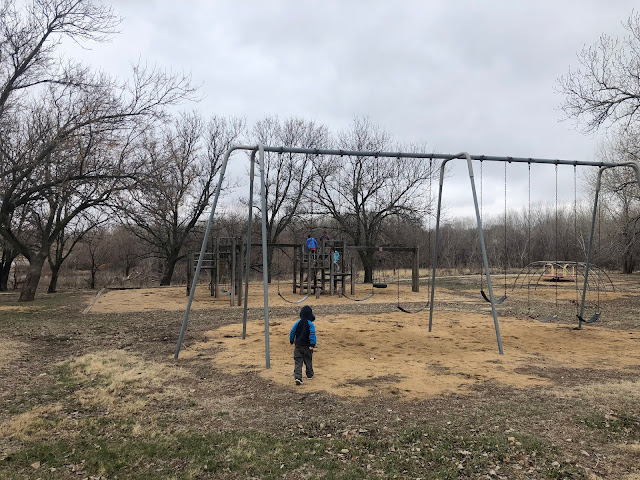 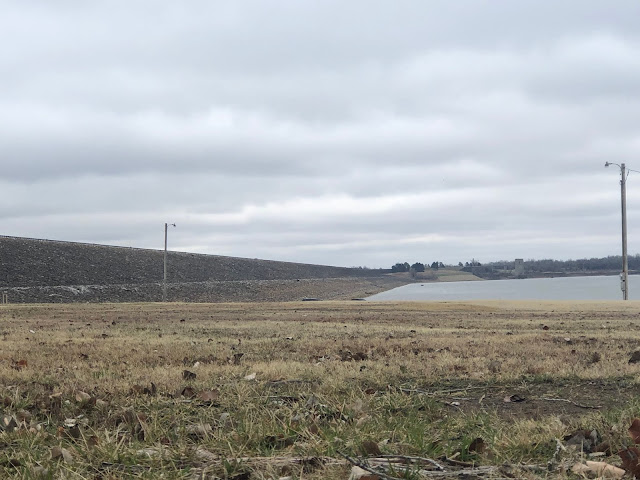 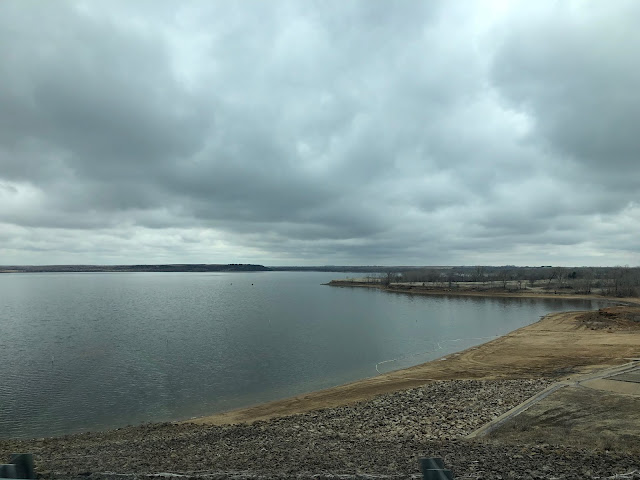 It was a nice change in being stuck in the house, just wish the weather was a little better for us.