Well after a week of being out for staples in his head, then the next week when he was released he was sick and missed practice, he missed out on all the beginning tackle skill drills. So finally September 7th was his first night of contact practice.

The next night the boys had a scrimmage with another team in the town over from Wichita. 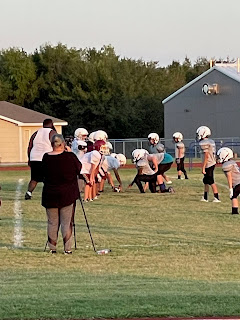 Photos from the Sept 8th scrimmage: (Isaac is in the maroon helmet) 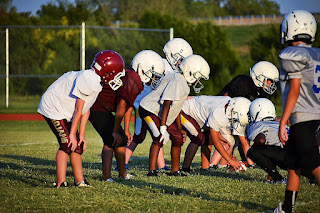 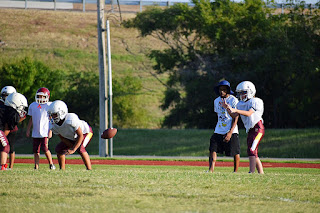 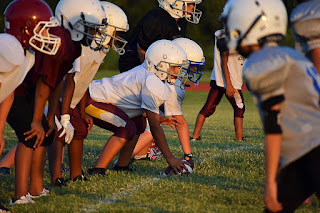 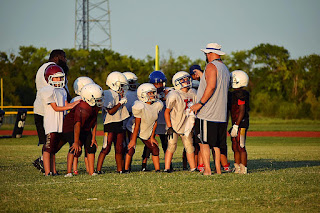 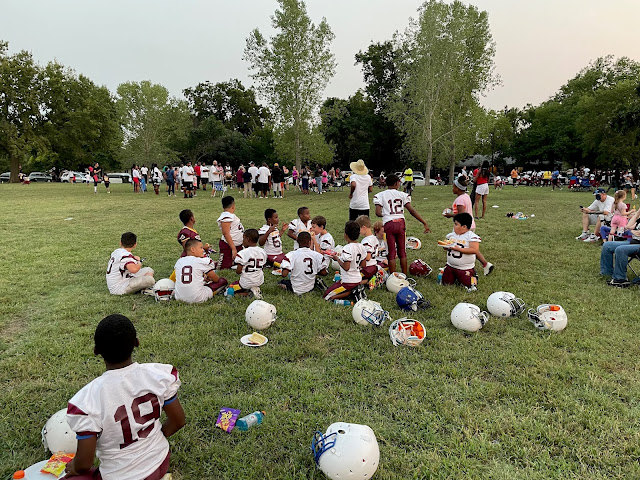 First game September 11th, it was a HOT one! Coach wanted them there two hours before the game to practice, it was roughly 95 degrees so by the time they played the boys were running real low on steam. They played for about two hours and were all starting to drop like flies from heat exhaustion toward the end. They didn't win, but it was fun to finally play a game and they learned a lot. The other team was bigger. Our team is a 4th grade team with a few 3rd graders. They didn't have enough 4th graders so they have combined the league and it's 4th/5th playing each other. This team was mainly 5th graders and big! Isaac is one of the tallest on our team so then he gets put up against the biggest on the other team and they happened to TOWER him! 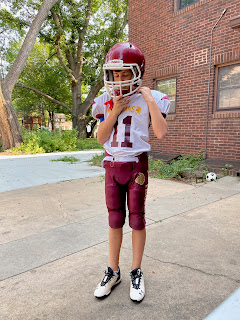 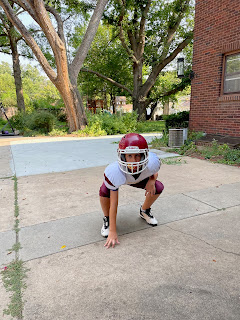 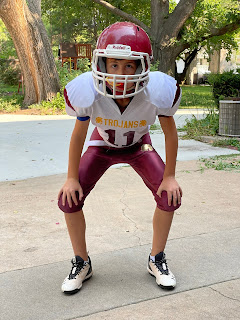 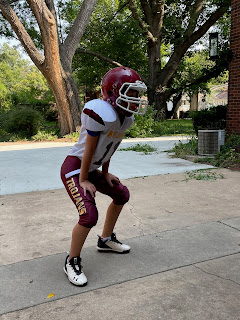 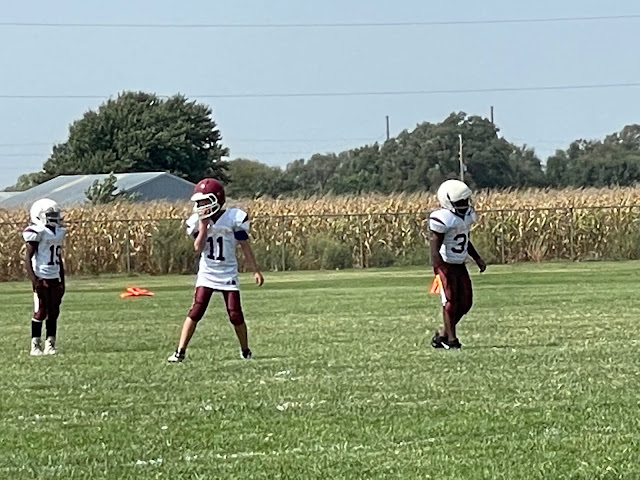 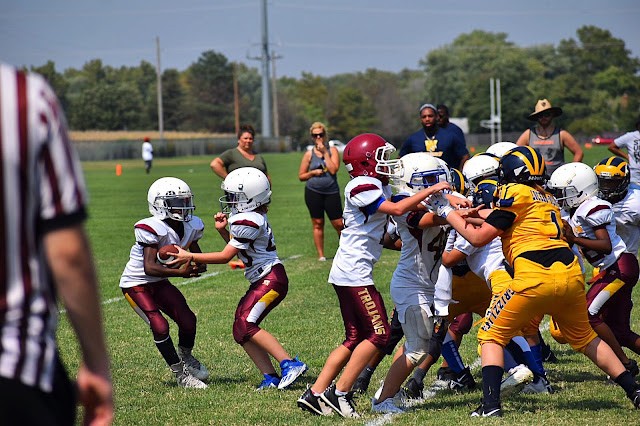 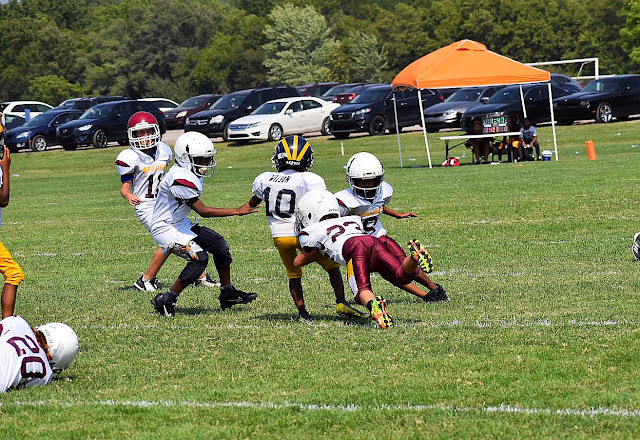 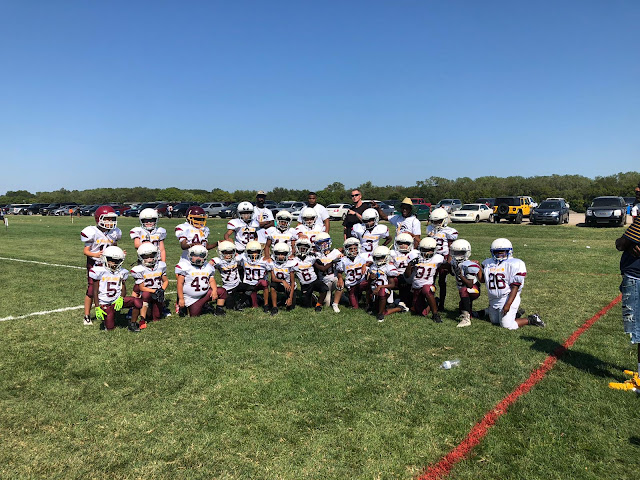 September 21st the boys had a Tuesday evening game. I think they played better because they didn't have to be there two hours before the game. Just an hour. It was also nice being on a field with bleachers. 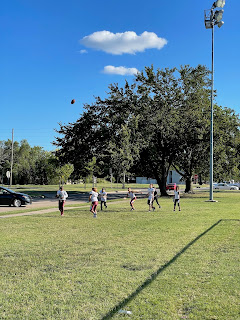 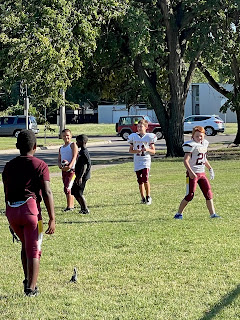 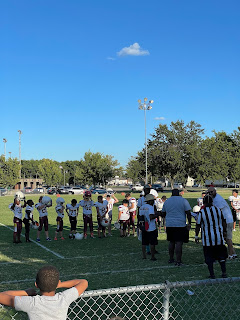 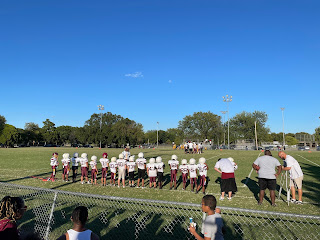 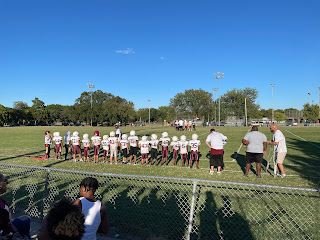 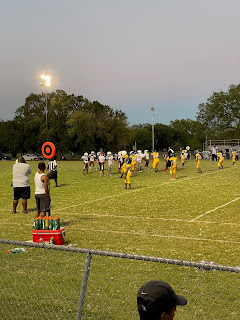 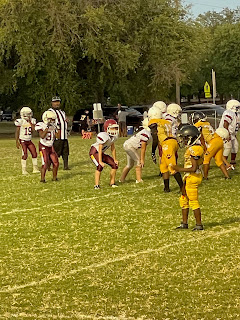 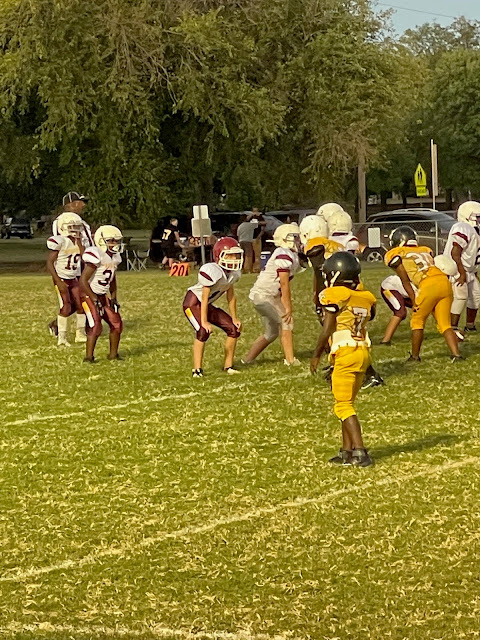 That was also the night a lot of boys got over their fear. These boys were bigger but our team was better skilled. Isaac learned to get aggressive with a bully that was aggravating him: Some videos to enjoy, lol.

They won that one! 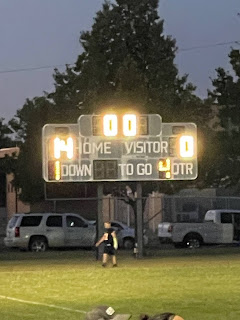