We had signed the girls up for SNAG (Starting New At Golf) last summer, but their session ended up getting cancelled and the only one that worked for us that was closest (we didn't want to drive across town to a far away course) happened to be the Tuesdays in October. Starting last week of September and continuing for 4 weeks. Kyle took them to this while I took Isaac to his football practice with Thomas in tow.

First week, still light out for most all of it. Crazy how quickly it gets dark in the evening once fall hits. 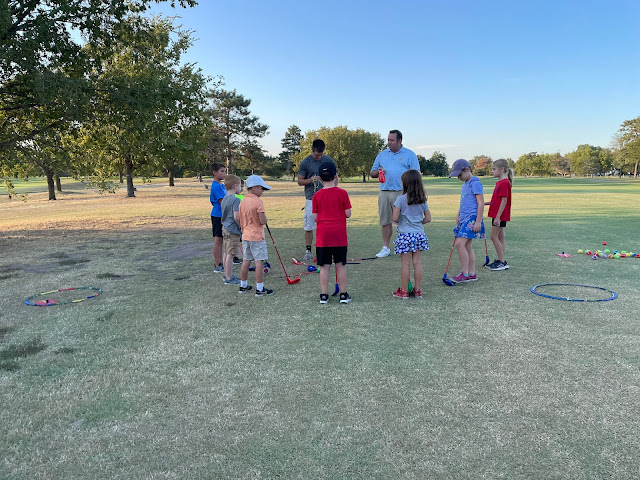 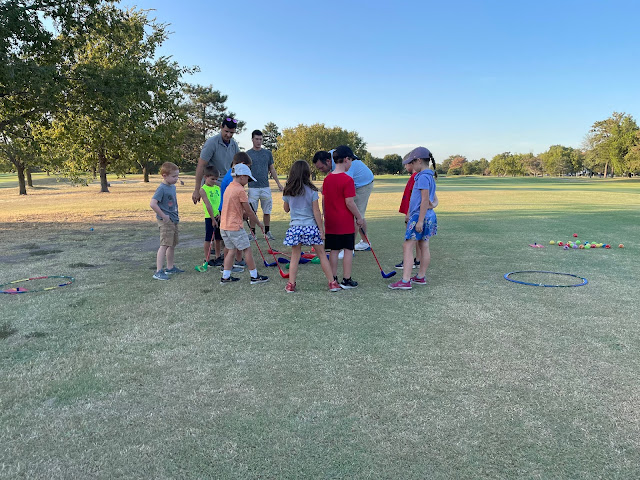 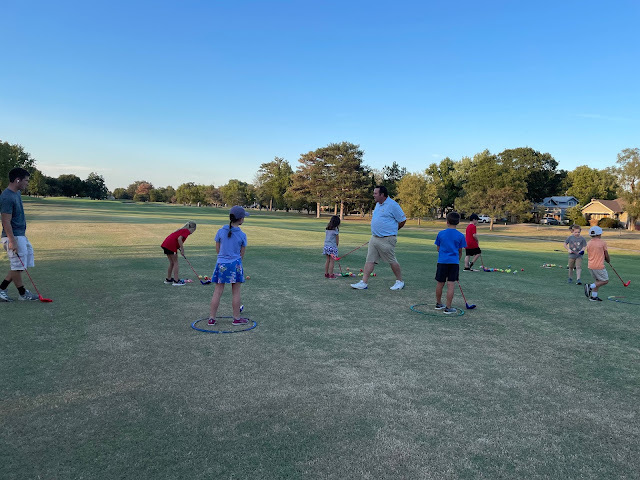 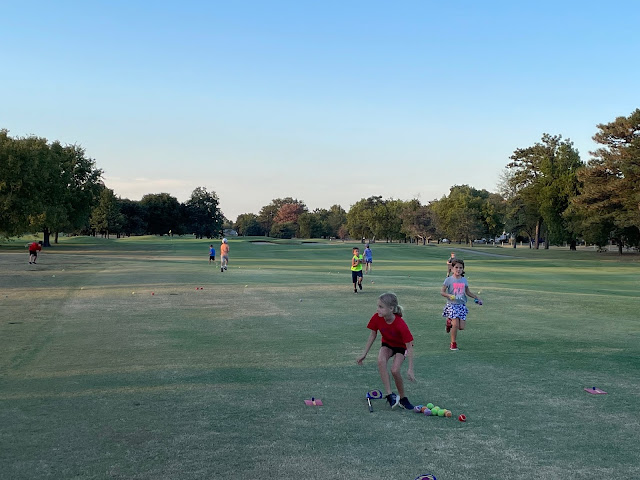 Second week, Isaac had a scrimmage so we all drove together to that then Kyle and the girls headed to golf. Don't have any pictures from that night but Kyle says they were making good improvement. He'd been working on their swing at home.
Third week, thought it'd be cancelled due to rain but the leader had them come anyway.
And final week, October 19th, was a mad dash because Mary started basketball this week and had practice at 7:30. SNAG was from 6:30 to 7:00. Lots of running around this night.
posted at 11/03/2021 09:35:00 AM