The other day I came out to let the chickens out and Lilia was looking ROUGH! The coop was covered in random feathers and she had a few bald spots. Her chest and butt were completely naked. I didn't get a good photo but you can tell how thinned out her feathers are and the pokey new feathers coming in. Well turns out all chickens go through a molting period around 16-18 months for the first time, which falls right at about how old they are. Some chickens go completely naked, while others molt more subtle. Bernadette also has a bare neck and both stopped laying eggs a couple weeks ago. We've only been getting about one egg a day. It's common for chickens to stop laying while they molt, but they'll start again when they're finished. It's also common for chickens to slow down laying during the winter when the daylight hours shorten. Last year we put a light in their coop. I put it back up but it's been hard to get it charged because we haven't had much sunlight (it's a solar light). 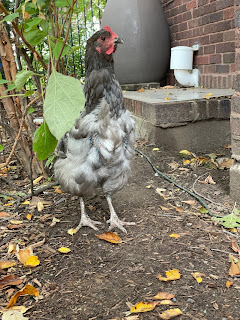 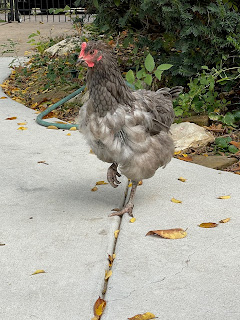 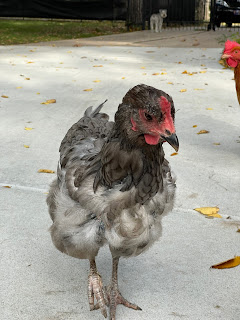 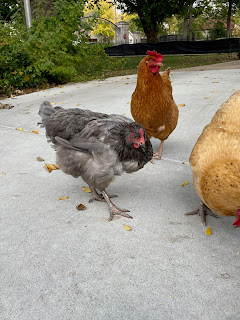 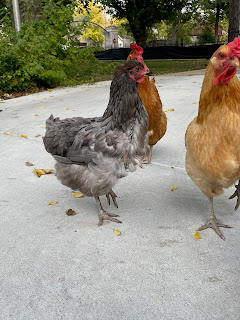 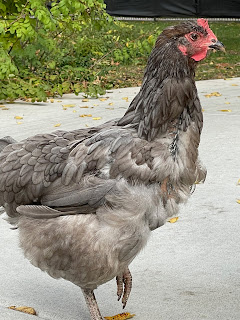 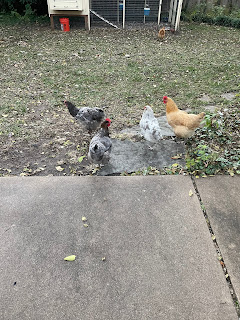 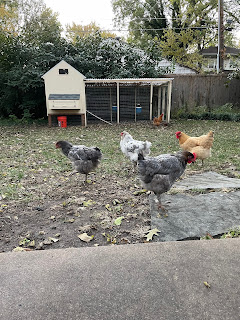 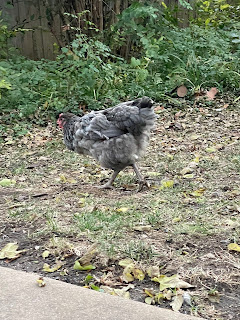