Another item on our bucket list is to hit all ten of the splash pads in Wichita. (Although at the last one we learned of two more we added to the list) We have just one of the ten left, then the two new ones.
June 4th we went to Boston Splash Pad. It represents that Wichita is the Air Capitol of the World. 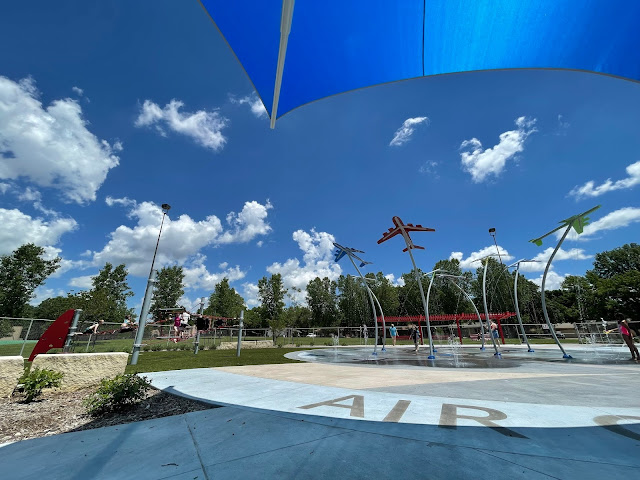 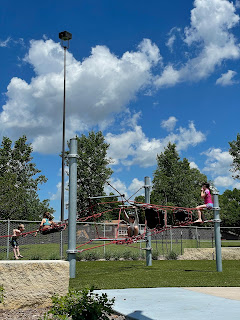 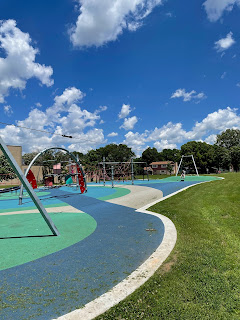 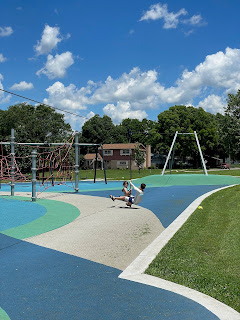 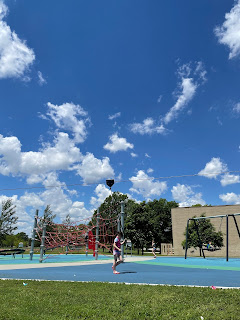 The kids wanted to play on the playground more than the splash pad. 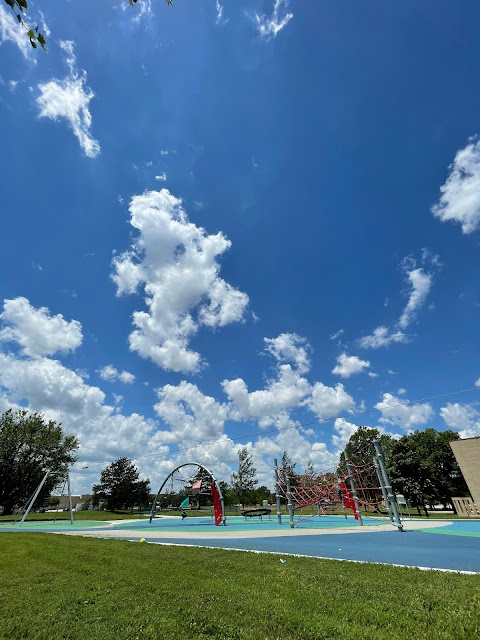 June 9th we hit Evergreen Splash pad. It was a cool one, kids played for over an hour, we brought the squirt guns this time. 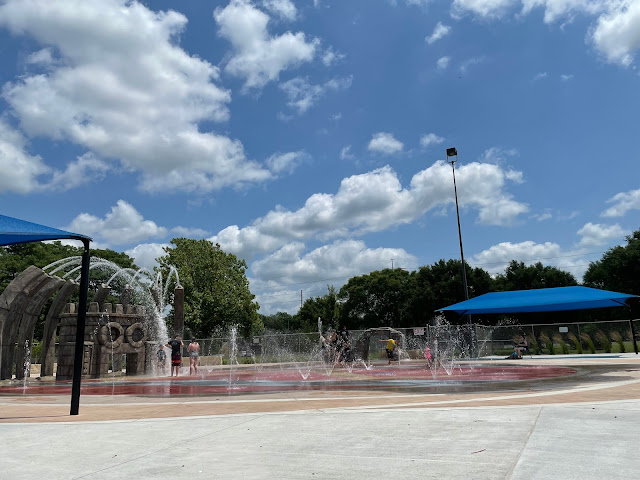 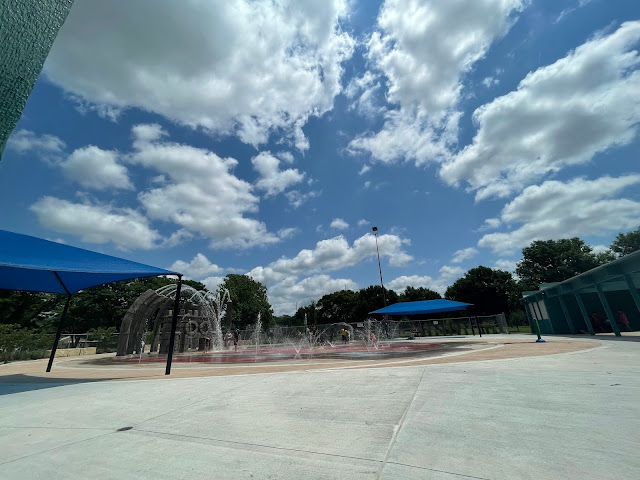 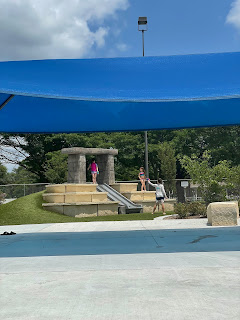 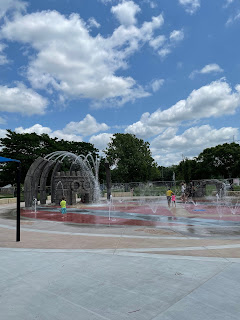 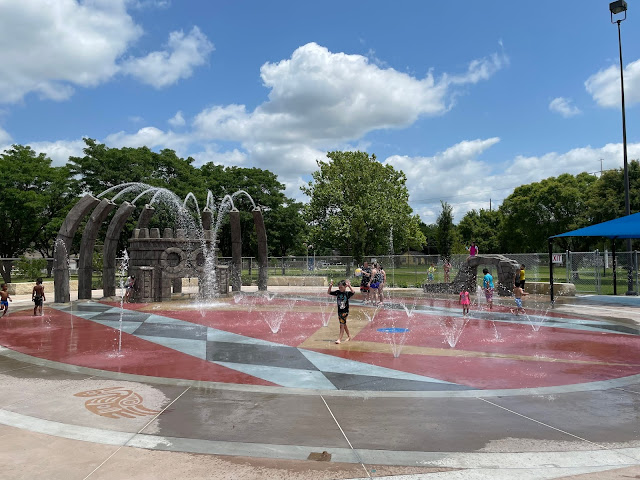 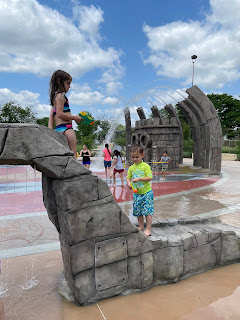 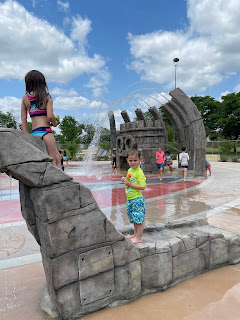 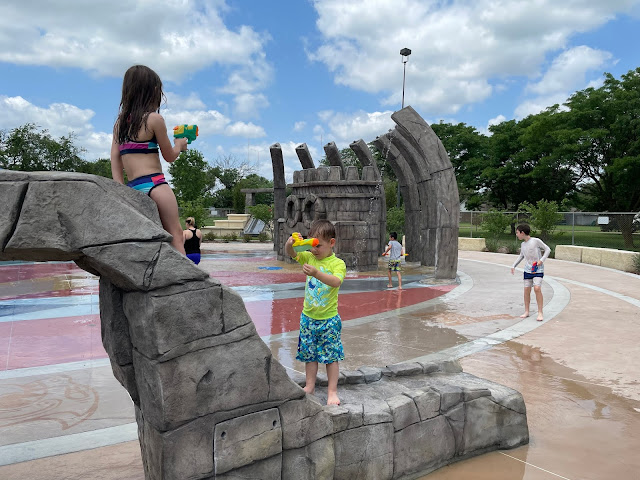 This wasn't a splash pad, but Thursday while waiting to go to their CDO (Children's Day Out) activity we hit this park that is in the weirdest spot. The corner of Central and Grove, two busy streets. I pass it every time I go to the downtown Y and wonder if anyone ever plays there. Probably not cuz it's not easy to get to, but we walked from a distant parking spot and I was surprised how nice it was. It was SOOO hot this day! Crazy how hot it was at only 9am. 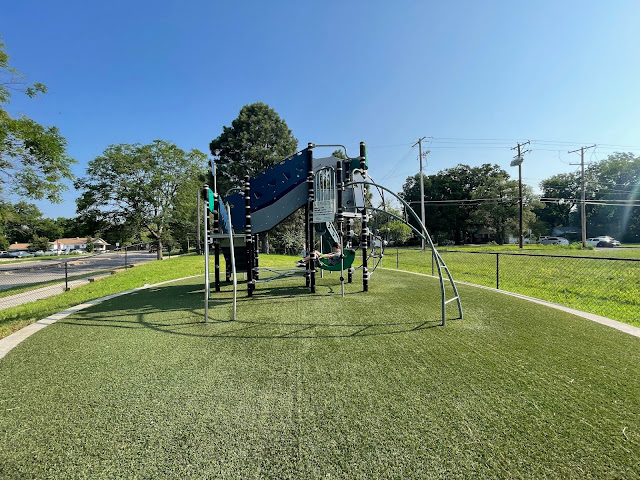 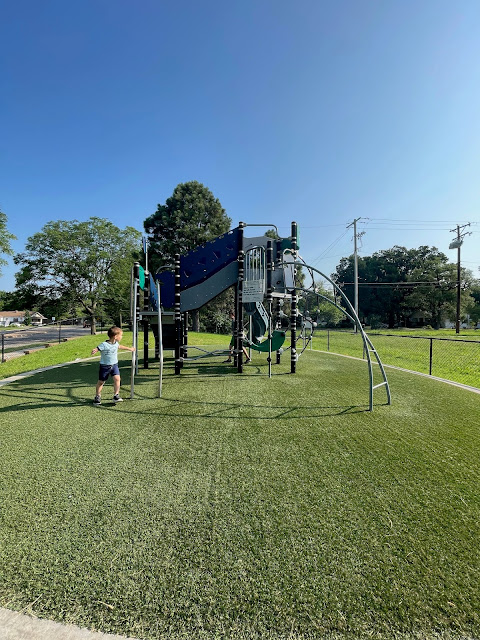 June 16th we went to try out Edgemor by our house (and also right where Isaac has flag football practice, the kids ended up staying at this splash pad the next day during Isaac's practice). When we arrived we learned the bucket was out of order (still is) and it was kinda crowded, so we decided to hit another one. We went to another nearby splash pad called Fairmont. We were the only ones there most of the time. It was the most basic splash pad but they had a ton of fun laying with each other. I remembered the bag of plastic containers that I had in Minnesota, dug it out and brought it with us, maybe that made the difference. 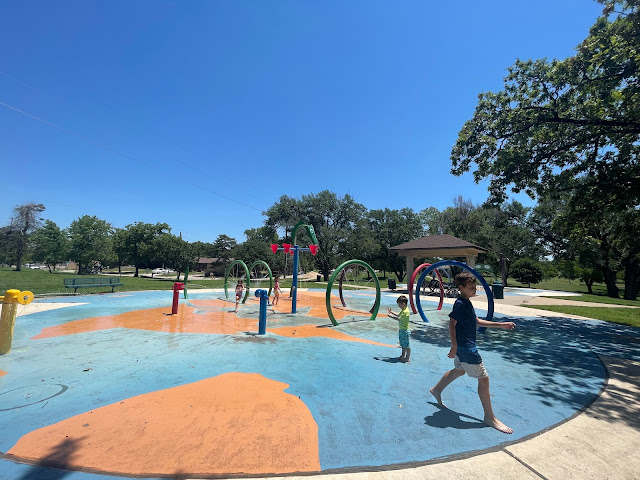 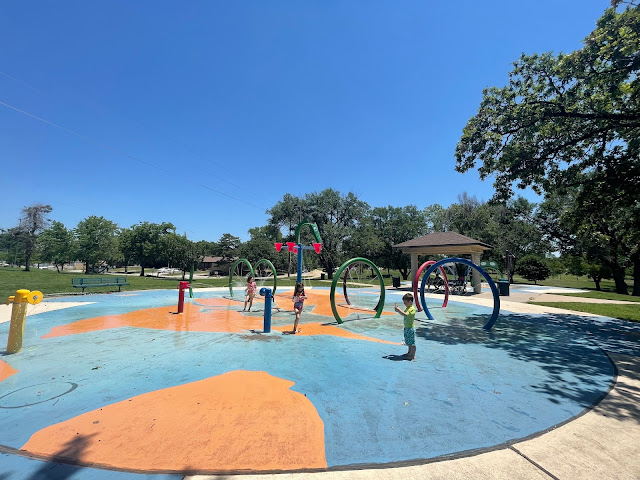 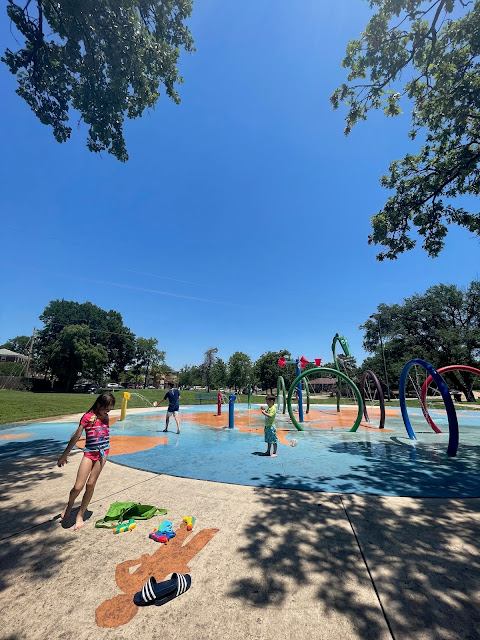 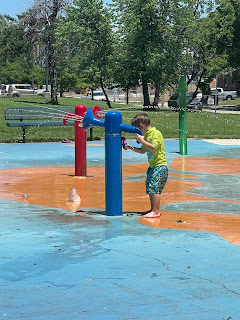 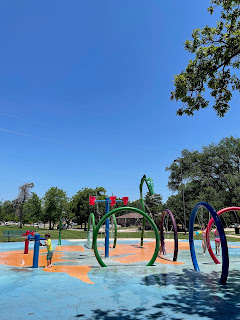 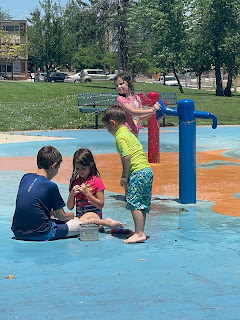 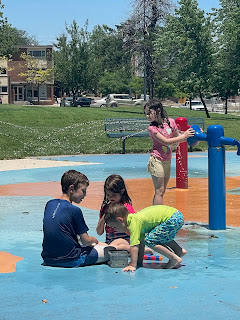 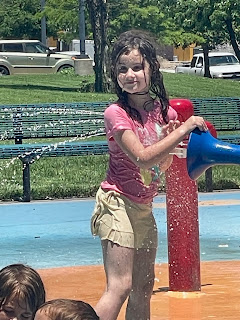 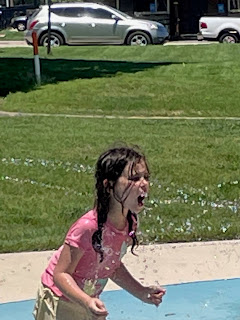 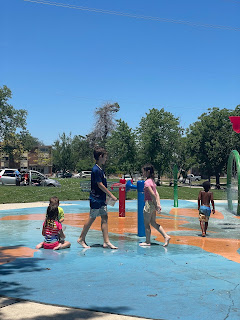 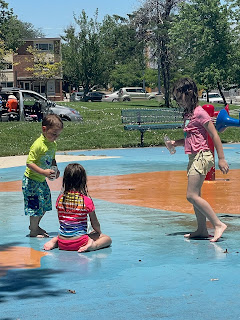 This was at Edgemore splash pad the next day, I was teaching my yoga class, Isaac was at flag football practice and Kyle was right near practice at this splash park with the other three: 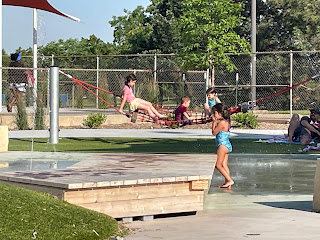 June 22nd we went to Linwood Splash pad. We drove by Lincoln splash pad first but learned it was just a few sprouts coming out on a plaza (same as Riverside and Old Town) so we decided to pass and go to this one just a few blocks away. Ran into a boy that goes to CDO with Isaac so that was fun. There this boys mom told me about two others ones we added to our list. 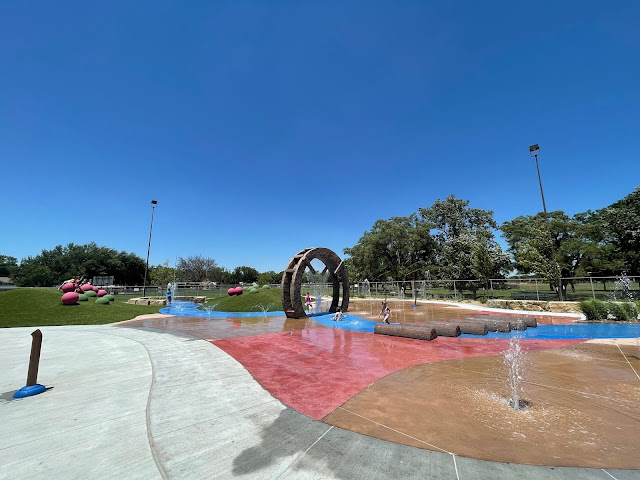 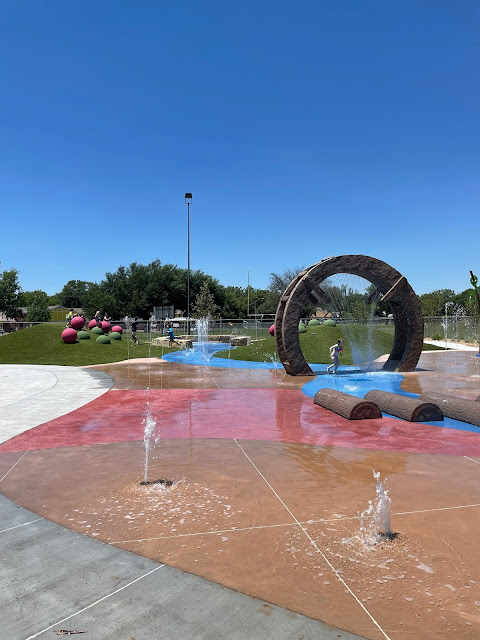 So we have 3 left to check out. Oh we went to Osage park yesterday after a library trip and discovered the Osage splash pad is the exact same structure as the Fairmount, kids said we could mark it off our bucket list since we had been there and been to the same one elsewhere.
posted at 6/29/2021 04:30:00 PM