Sunday morning May 23rd Harpo went speedily chasing after someone walking by on the sidewalk (like he always does - went crazy) and dislocated his HIP! Well we didn't know that at the time. This had happened somewhat before he took off to fast then would lip for half a day or so, walking in off and be okay. Well this time was much different, he was yelping in pain, would bite us when we tried to help him but eventually hobbled inside. It was Sunday so we weren't sure if we should take him to the emergency or take him in Monday morning. Also I was not confident in the vet we had been seeing since moving here so I wanted to find a new one. My neighbor recommended someone else and I figured how is the time to try someone else out that might provide better care. 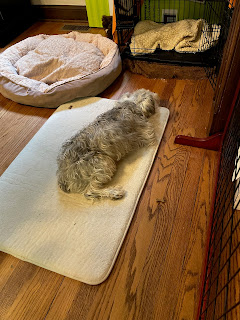 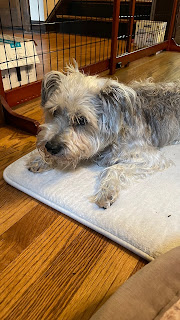 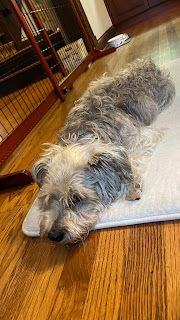 Not putting any weight on it: This was Sunday. 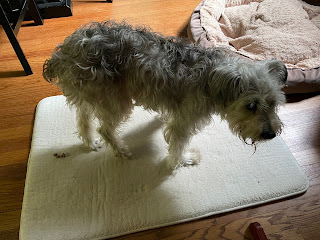 Monday we loaded up and went to the vet 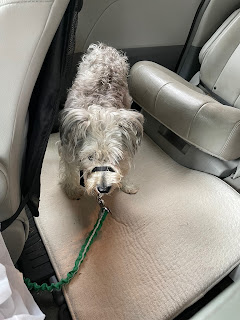 Harpo would not cooperate and they were unable to fully examine him. They sent home some pain pills and anxiety meds and we were to come in first thing the next morning to X-rays done under anesthesia so they could fully examine him. 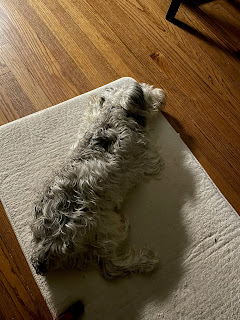 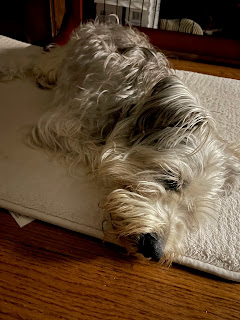 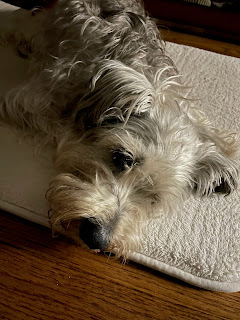 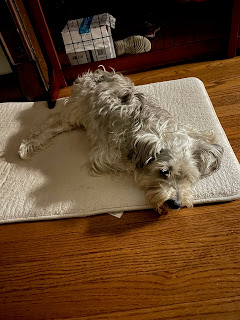 UGH still so much pain but he was a little more comfortable on the pills, hard to handle him thought because he would snap at us, so we would use gloves to approach him to protect our fingers. He was worse with Kyle instantly biting him, he would somewhat let me close without snipping, but if I tried to move him or help he's snap at me. UGH old fart! 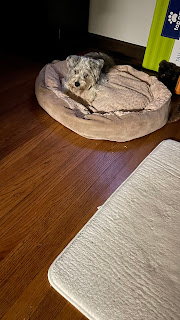 Tuesday AM I dropped him off. He got put to sleep for the exam where they discovered his hip dislocated. They placed it back in, gave him a throughout exam and taped up the leg that was dislocated. 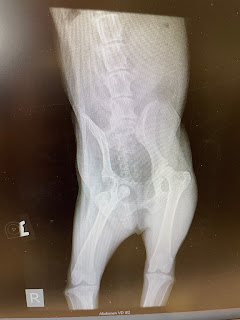 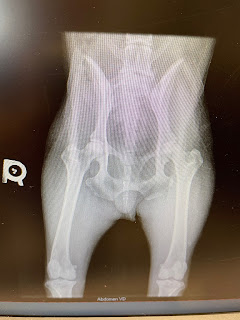 Sent us home and he had to be taped up like this for two weeks in hopes that it would stay in place and not pop back out. The vet was sure it wouldn't stay since it had been out so long. 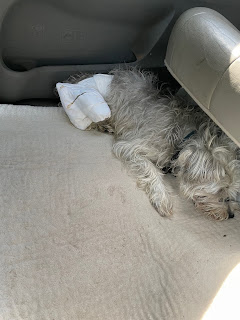 In hopes of preventing this again we decided to visually block off the front gate that runs along the sidewalk. He'd see someone across the busy street and take off barking and yapping at them. Causing more anxiety. 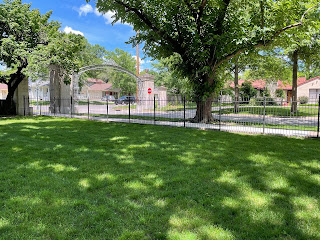 We got half of it up the day he was to get his bandage off. He had his bandage on for two weeks, so was a 3 legged dog for quite a while. We would go out with him and keep him in the small backyard side by the chicken coop. After his hip was back in place he would let us hold him and hug him and he was no longer trying to bite us, which made caring for him MUCH better.  We went in at day 5 to get the bandage checked but he would need to be sedated to have it taken off fully. Since his teeth were really bad and his ears, we decided to get those things done while he was knocked out. His teeth were pretty bad and he needed to get 8 teeth extracted :-( he got his ear hair plucked and nails trimmed while he was sleeping. Poor thing, dislocated hip and now mouth surgery! He was a wreck that day.
Here's the visual block we put up, I'll share a picture of it all done at the end. I only ordered 50' to begin with (longest I could get in one roll) to make sure it worked before ordering more. 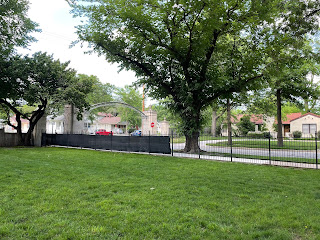 Here he is with the bandage off! Took him a day or so to get used to having his leg back but now he's trotting and running around like normal. Oh we did put down tons of rugs in the house so he can get outside without walking on hardwoods. Our entire house is hardwoods and it's really hard for him to walk on them. 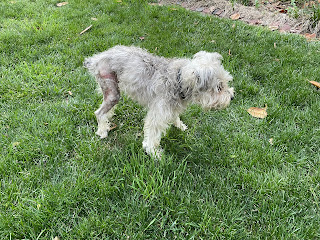 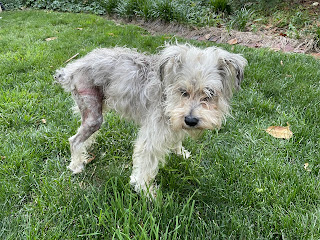 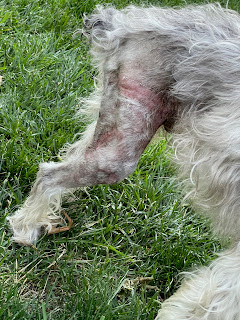 Here you can see the rugs, lol. He has the dining room to himself. This was a gross rug in the attic that I took outside and hosed off and let dry good. 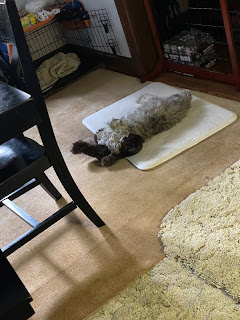 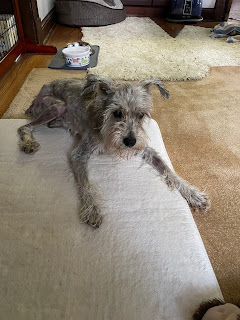 He had a couple accidents of course the first day the bandage was on so he was soooooo stinky the entire two weeks that thing was on. I gave him a couple days before giving him a bath and last time we tried to trim him he wouldn't let us so we was really needing a trim too! He FINALLY let me. It's a poor job but better than he was, lots of matted hair to get out and I'm just glad he was patient and friendly while I tackled the worst of it. He feels so much better being trimmed, clean, and on the mend. 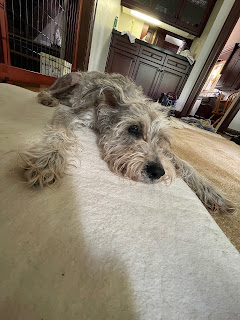 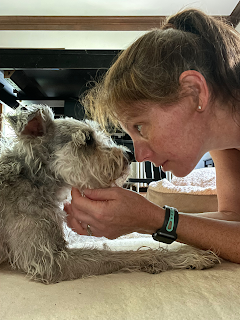 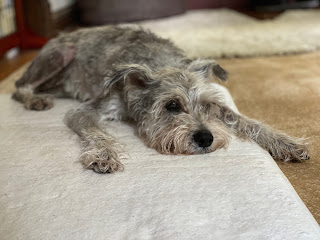 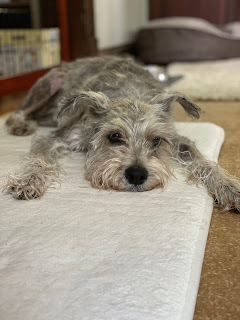 Here's the rest of the covering on the fence I put up yesterday (June 17th). It just runs to the driveway I didn't do the strip of fence by the driveway... not sure we need it there. If we do I can always order more. It has helped though because he no longer barks at people ACROSS the street. But he still does if they are on the sidewalk right next to the fence. He is also better when we are out there with him so we will continue to try and monitor him as much as possible. Oh the vet said we did a great job cuz he was so surprised it was still in after the two weeks. Praying it stays in! 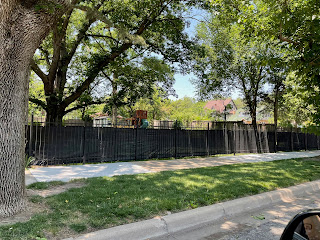 Email ThisBlogThis!Share to TwitterShare to FacebookShare to Pinterest
Tags: Harpo