Isaac Orthodontics update May/June and Battle of the Books

Beginning of May Isaac got his top bracket braces put on with a small wire just in front to start. 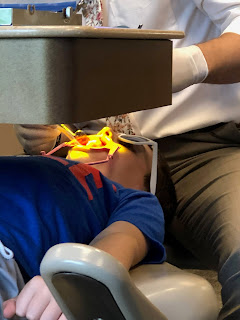 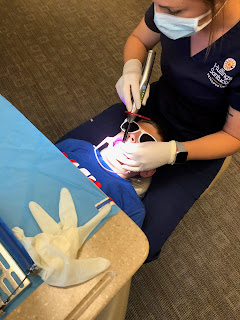 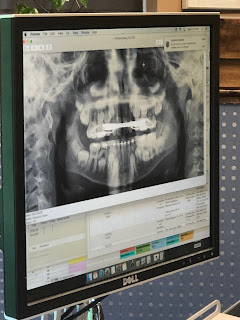 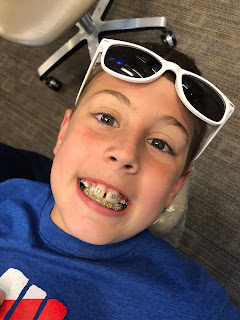 They started with a band chain in front. 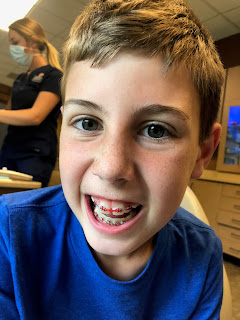 less than a week in the wire started poking out the sides so we were back in the next Monday morning (doctor was on vacation before his wife had a baby but there was a few staff there for emergencies) New wire put on and no more band chain in front. 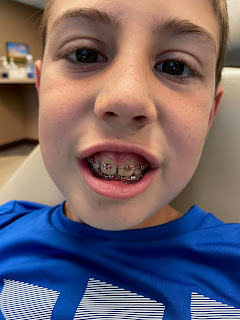 We were BACK just a week later because a chain had popped out. UGH Not a great start to top braces. But thankfully that was it and everything stayed put for the next few weeks until our scheduled appointment June 14th. They replaced the small top wire with a long wire that reaches to the back teeth. 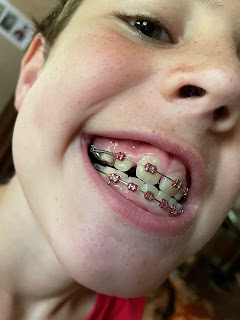 This spring Isaac participated in the Battle of the Books for school. He had a list of 16 books to read. Breezed through all of them. It was a great way to expand his reading repertoire and he enjoyed most of them. We took a picture of him with each book and he says he was trying to show his goofiest smiles. 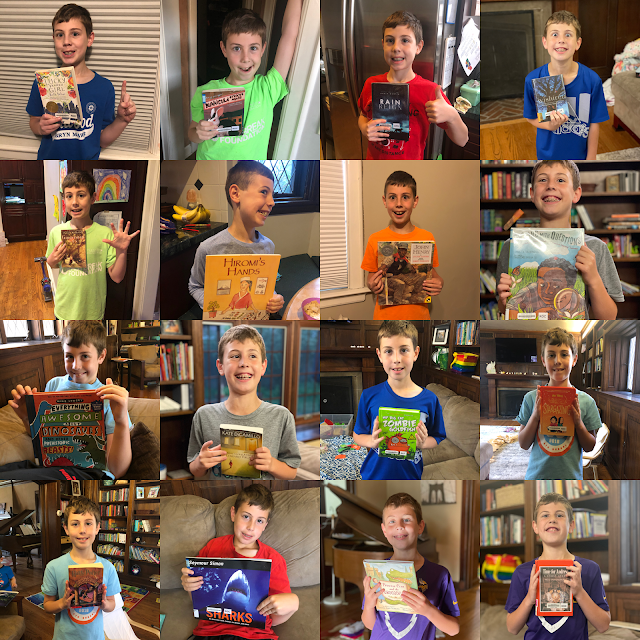 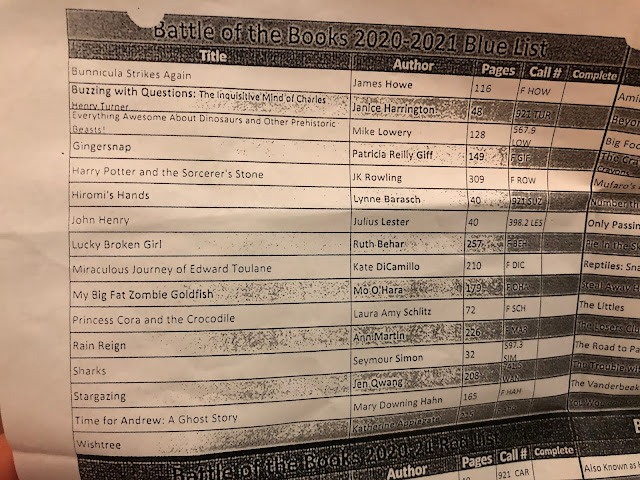