This is the third year we've attended the twins day at Target Field. The first year we didn't walk the field. But this year and last we did. We learned last year there is no need to get in line early because you just stand there for a very long time. We were running a little behind today but got there in time for enough waiting before we made our way onto the field. 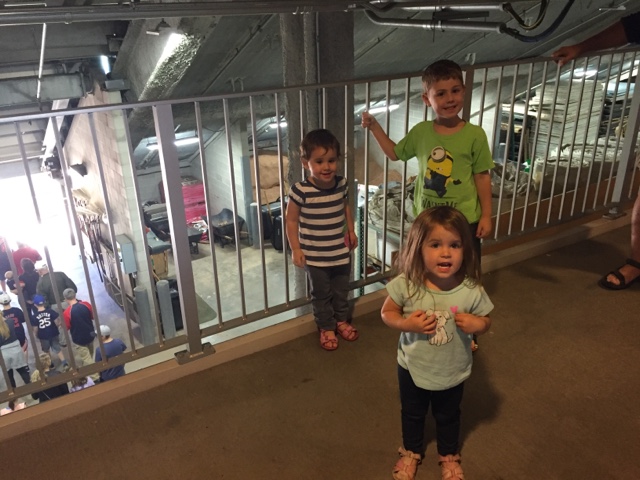 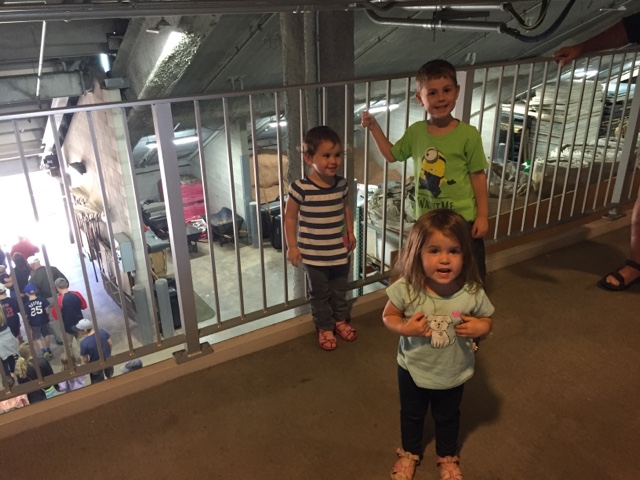 They discourage you from stopping to take a photo as they want you to continue moving. And since we were toward the end we were getting shoed along. 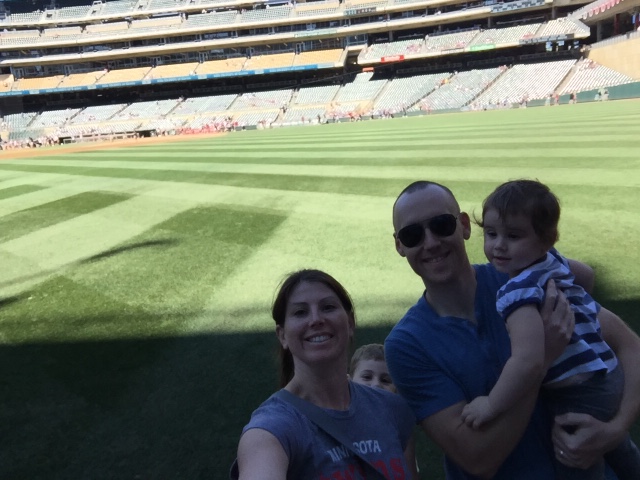 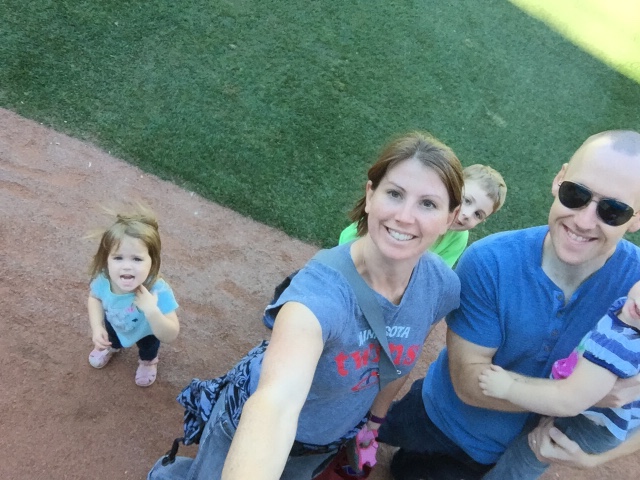 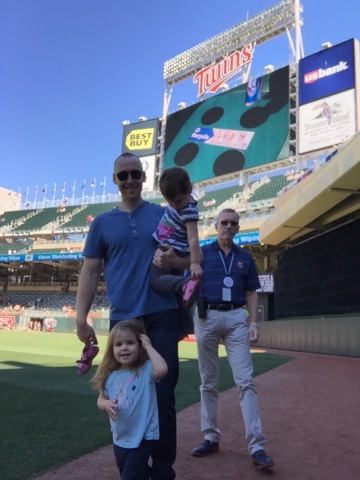 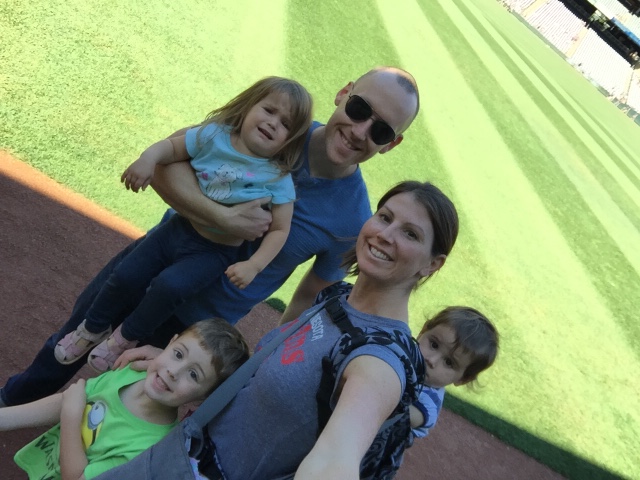 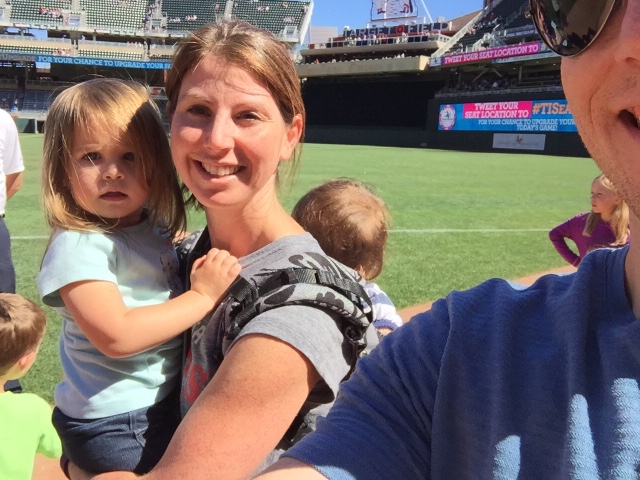 Isaac liked walking the field but as soon as we were near the end he was asking when we'd go sit down. So we headed to our seats... early. Wasting all our good sitting and watching time on the pregame. Got lathered in sunscreen as we sat in the warm sun. It was a beautiful day and not that hot, but the sun was bright and there wasn't a cloud in the sky. 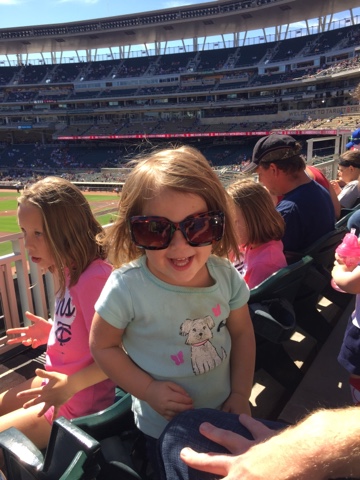 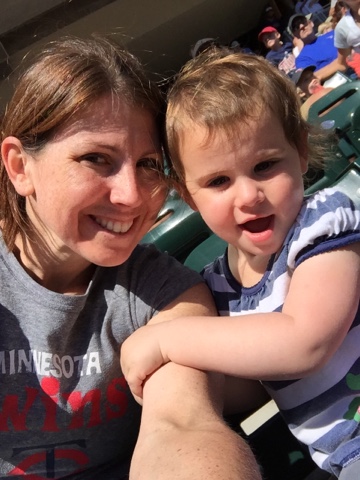 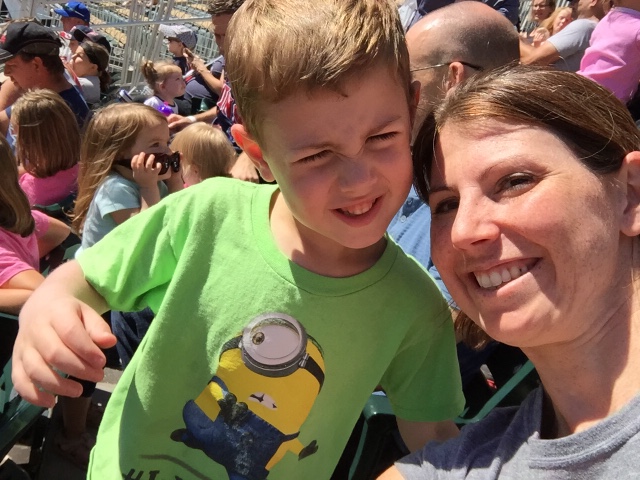 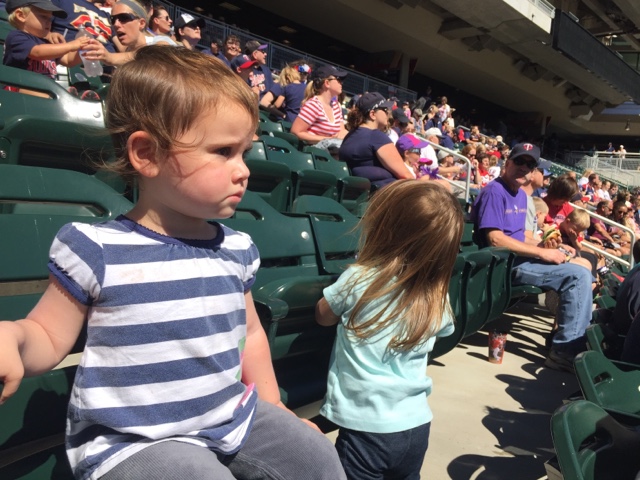 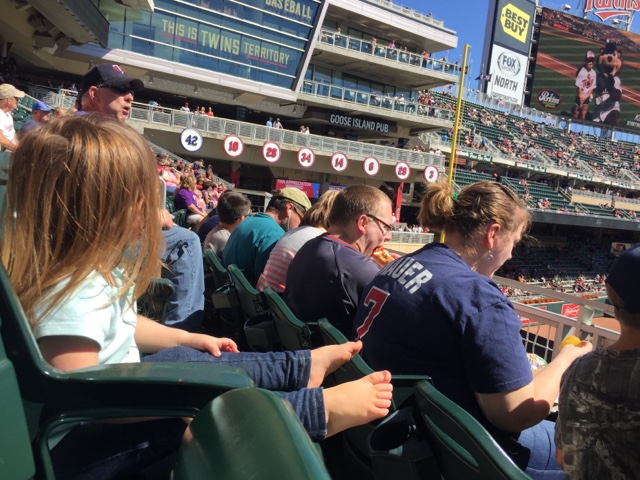 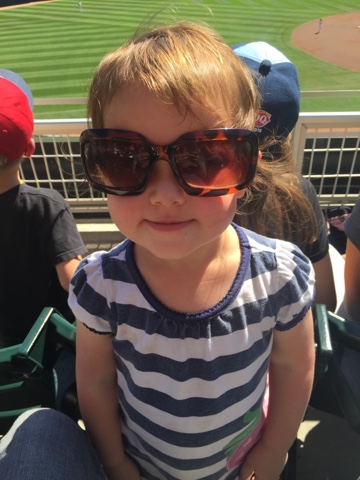 The game finally started and the kids were getting to their limit of sun baking. We were trying to make it through the first inning. Then tried to make it to at least the bottom of the first. Not so much. We got up and ended up sitting down at the restaurant at the top of our section for some food. 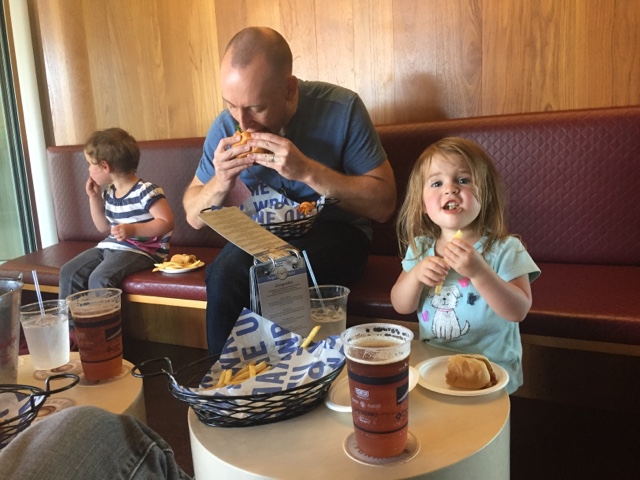 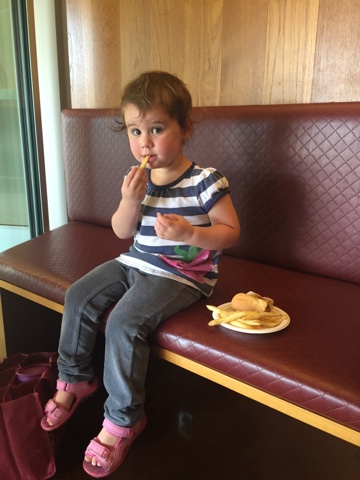 We were right by the concourse area so it wasn't like we were missing much of the game. The shade felt good to sit in and the cost of food was the same as the concession stand. 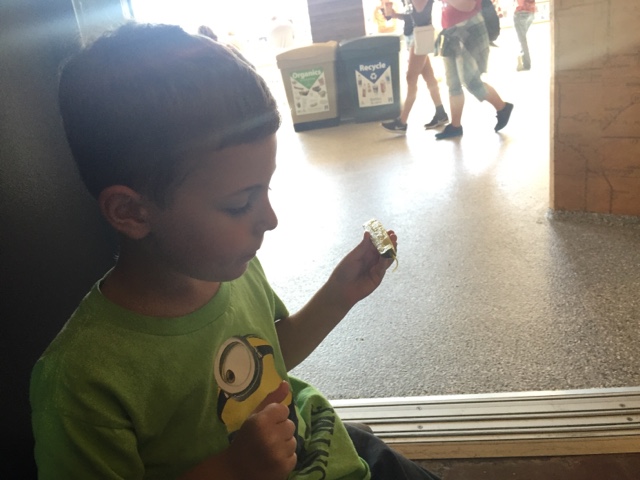 We went back to our seats picking up popcorn along the way. We made it another inning and a half maybe and the kids were done. Decided to head to the van, get the stroller and walk downtown for a bit.

The kids were enthralled by the light rail. 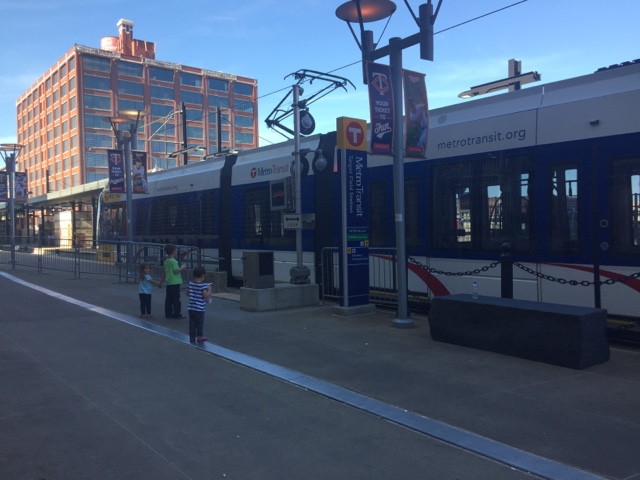 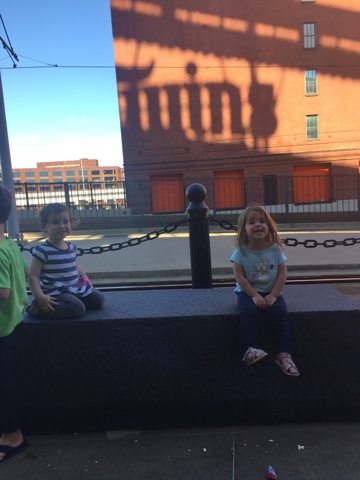 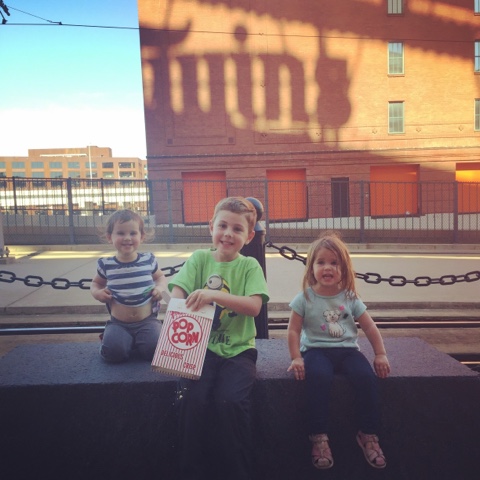 We walked to Barnes and Nobel and Isaac got a new chapter book. He likes the magic treehouse series, we've read one book so decided to get #1 and just start from the beginning.

Here are some pics from Kyle's phone. Mary had a little photo shoot while I ran to will call. :) 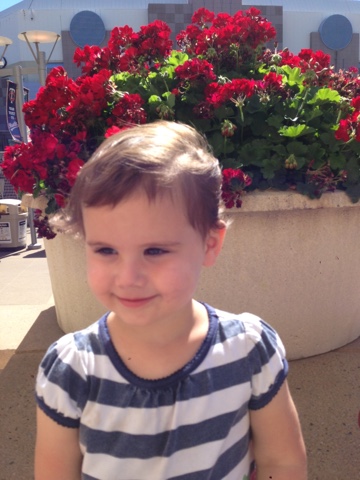 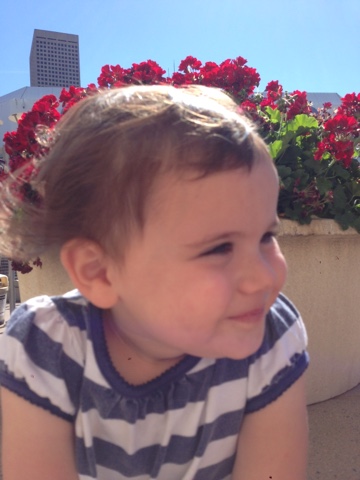 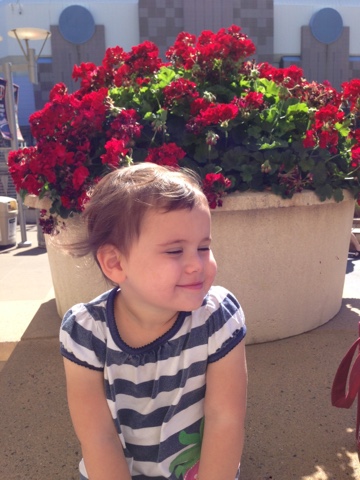 She was giving me some pretty big kisses on our quick walk to get in line for the parade. She is so sweet and has such a kind heart. But lately she has been having terrible tantrums. Breaks my heart she just gets so upset and inconsolable. We have to just let her ride it out until she is ready to calm down because questions, hugs, touching, all piss her off more when she is having a fit. Then she calms down and wants held or a hug and is able to talk to us again. Ready for this phase to pass. 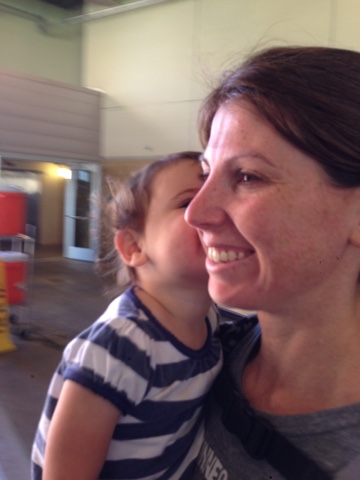