We've gotten a few odds and ends done that I don't necessarily have photos of.


Today an electrician came to give a bid and was able to perform all the work right then and there. Pretty exciting seeing how this was the THIRD guy we had come to the house, the other two not being very promising. The first guy took a week to call me back, gave us a bid which was shockingly low, then never returned my calls after that to proceed further. The second guy returned my calls but we played phone tag for a good few weeks then he showed up and actually access the outlets and wanted to make sure he could perform the work. Then I never heard back from him, no bid, nothing.

This guy worked for a company and when I called I actually got a secretary! That's a good start! But we paid for it too, pretty pricey especially compared to the first bid, but glad we were able to get it done right. 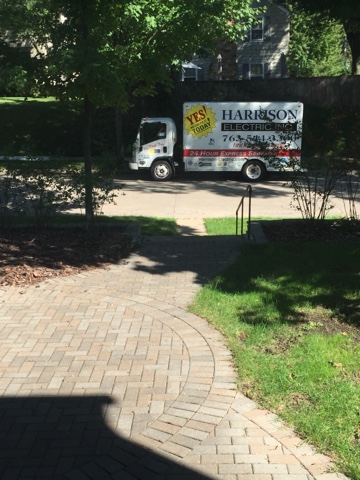 All the kids bedrooms have two prong outlets so we wanted one grounded outlet in each room. In the girls room there was a jimmy rigged extension cord that ran through the built ins over to under the desk area. We had him hard wire this so that the outlet under the desk was safe and usable and also grounded. 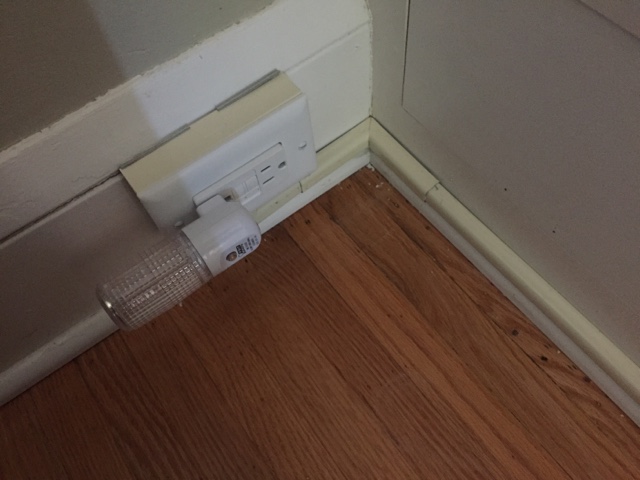 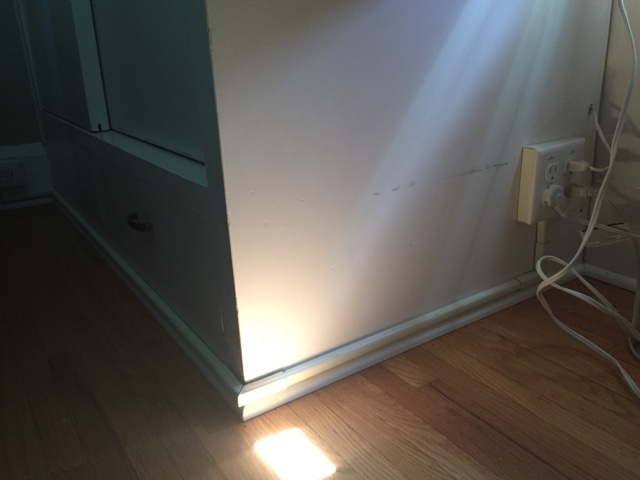 There was a two prong he changed to GFI in the kitchen so we can use my stand mixer at the table and the kids can help me bake.

Then the rest of the work was in the basement. There was an old turn style switch for the lights so we had him change that out and also install an outlet which I realized we needed when I went to vacuum the carpet scraps I have running down there. We were hoping to eliminate one of the boxes shown below and just do one box with a switch but turns out one side ran to the light and the other side housed the power so we ended up with two separate boxes, which is fine. 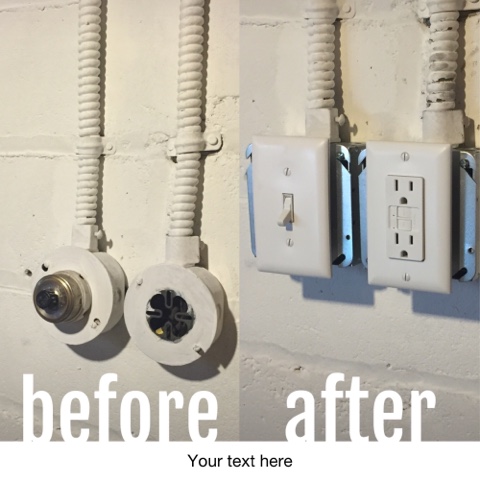 Then we had him remove this old light electrical. He couldn't get rid of the box because it housed the power for that switch it's next to. But he capped it off and got rid of the switch and closed up the open holes. 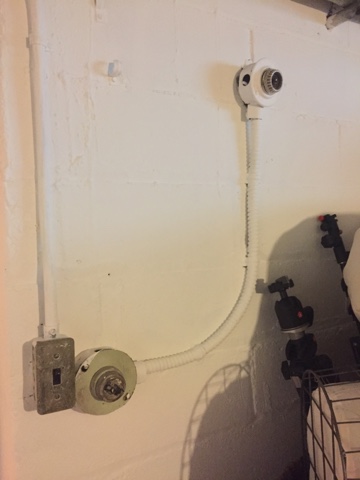 He cleaned up the breaker box, removed some double taps, separating the neutral and ground bars and I also had him put the other two basement lights (there are four other lights not on this main switch) on the main switch that can be control at the new switch he installed as well as upstairs. It's nice turning the light on upstairs before I come down and having ALL the lights on instead of making my way down with one light at the base of the steps then having to pull chain the laundry light or craft area light.

That's about it. Took him most of the day, he finished up about 2:30 which was just in time for me to go get Isaac from school after the girls woke from nap. 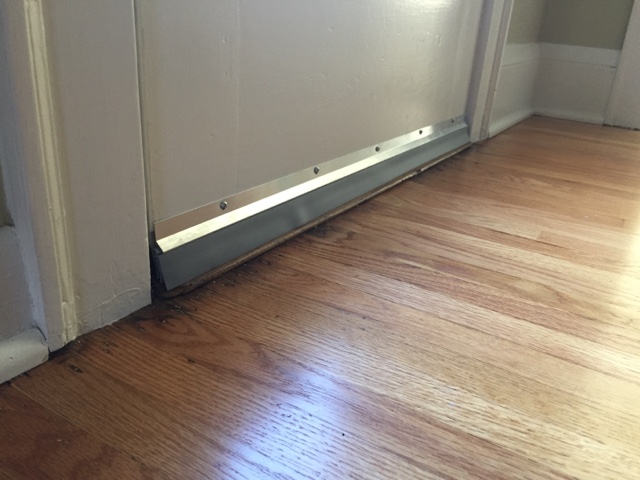 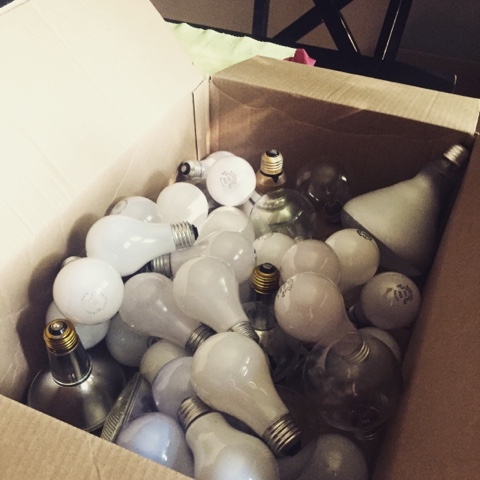