I tried to get this posted the night we went but the blogger app on my phone crashes and it's been almost a week before I could sit down at the computer to get it typed out. Sorry for the delay.

This has become an annual event and we love going! Last Year 2014 2013 It was also great because Emma has expressed fear in costumed characters and throughout the night she was starting to handle them better and even enjoyed seeing the people dressed up. 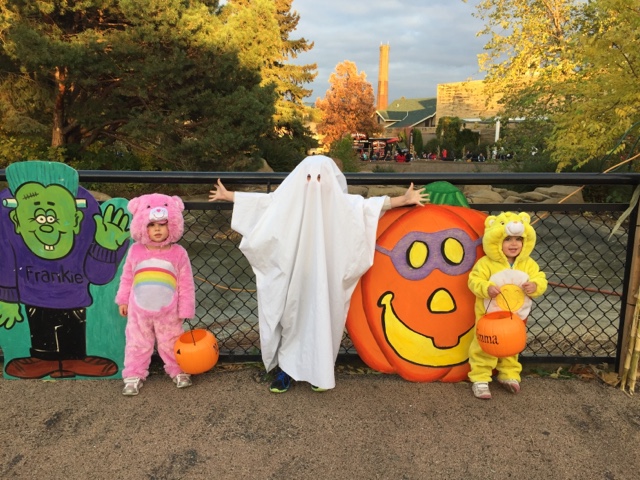 We arrived a little after opening so we had to park farther away. After a near encounter of a speeding car almost hitting Mary as she darted into the streed, dad and I removed our hearts from our throats and continued on. 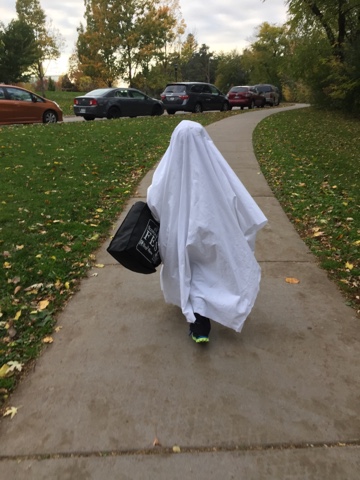 I had to continue the tradition of decorating the wagon. With toddler twins you know someone is going to not want to walk so it's nice having it with us. And good to make them get in to move a little faster or contain them. Emma tends to be our little pokey puppy so it's nice when she is willing to ride so we can move a little quicker. 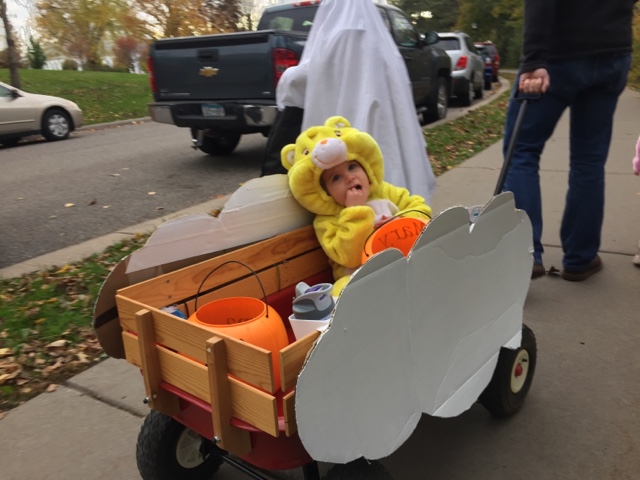 Isaac forgot his pumpkin bucket at home and after moving on from this tragedy he accepted it and took a ride in the wagon himself. 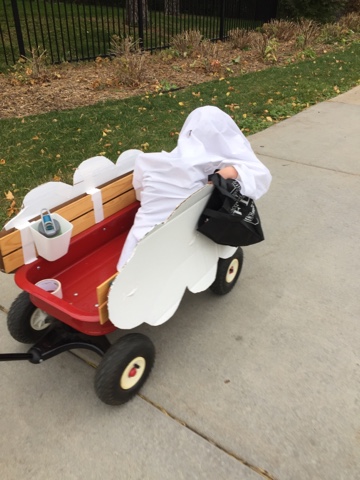 And we've arrived. Kyle and I's costume was a last minute dig through the costume chest, we landed on Mr. & Mrs. Frankenstein. 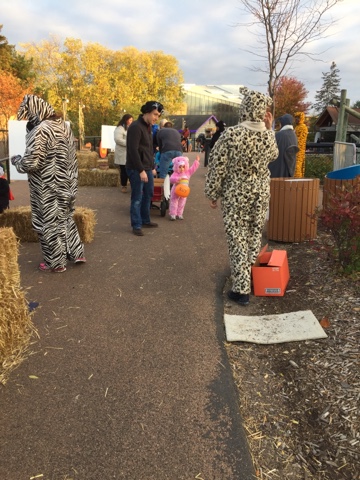 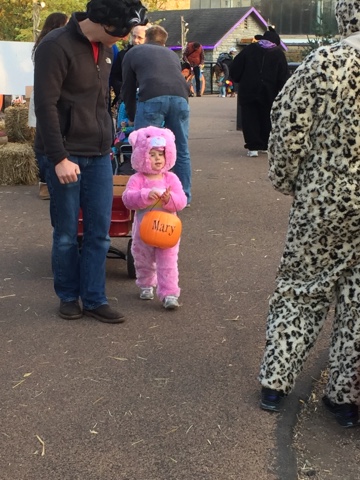 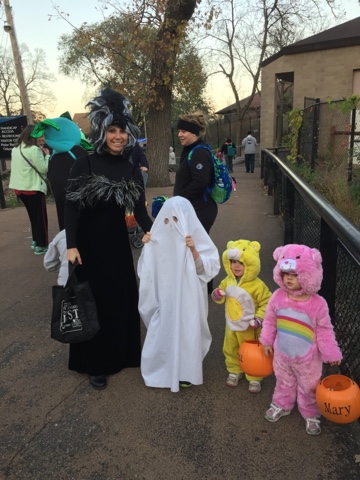 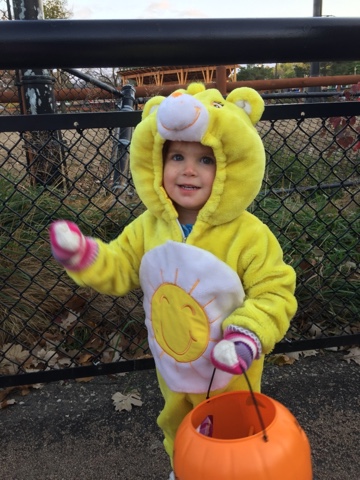 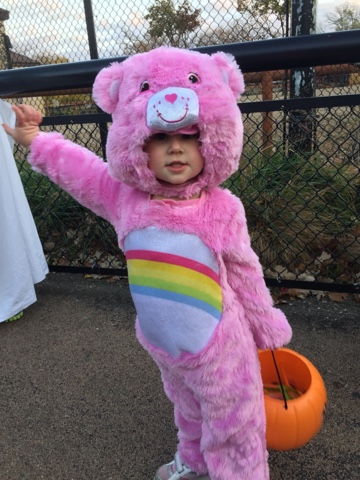 Emma warming up and enjoying the volunteers in costumes. 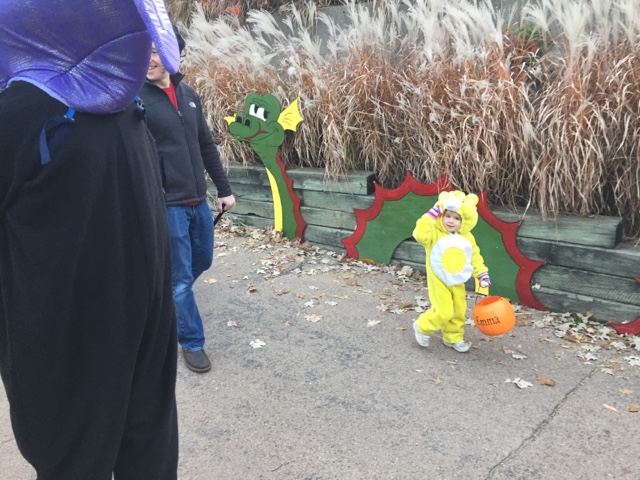 Isaac loved being a 'spooky ghost' but friendly and saying boo to everybody. 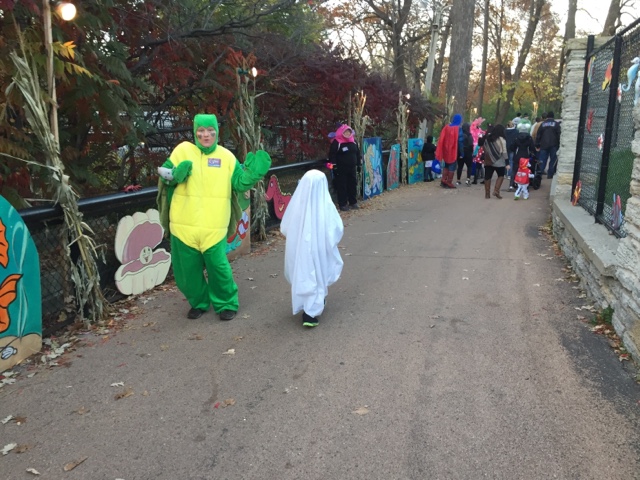 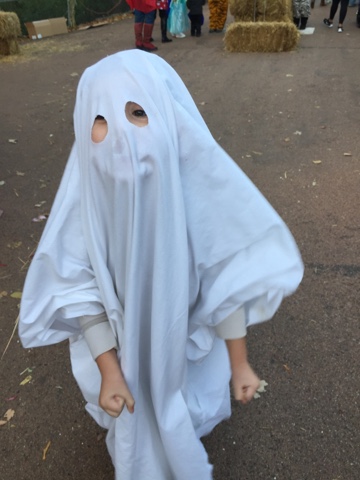 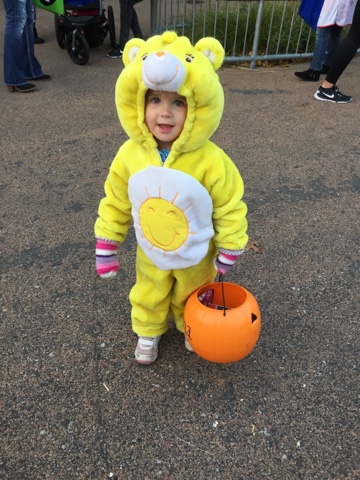 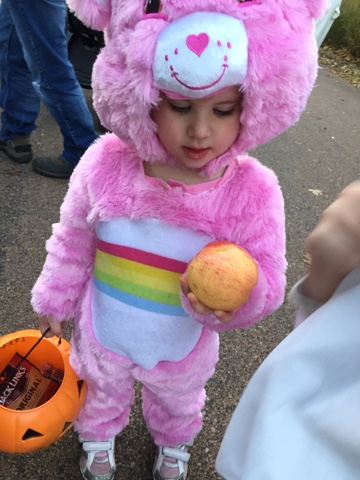 We got to see some of the animals! 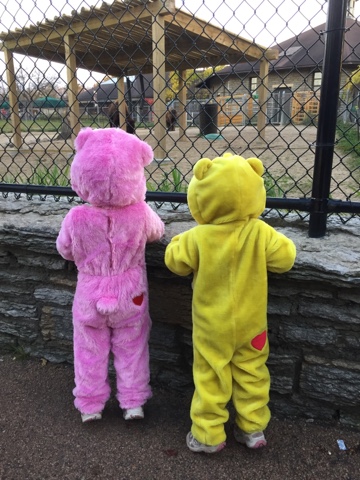 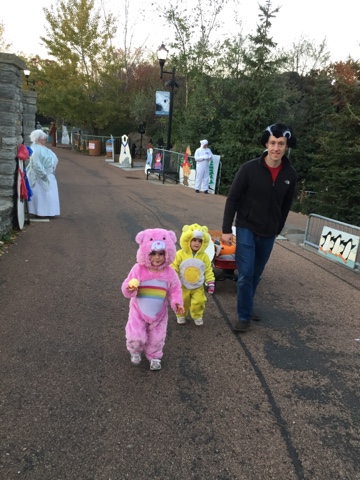 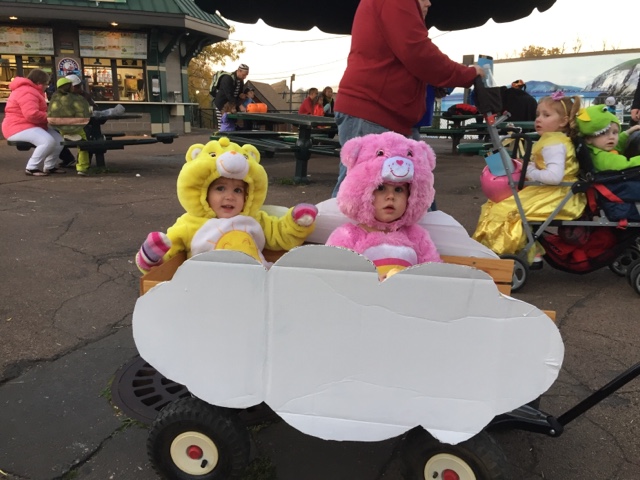 Photo bombed by a friendly ghost! 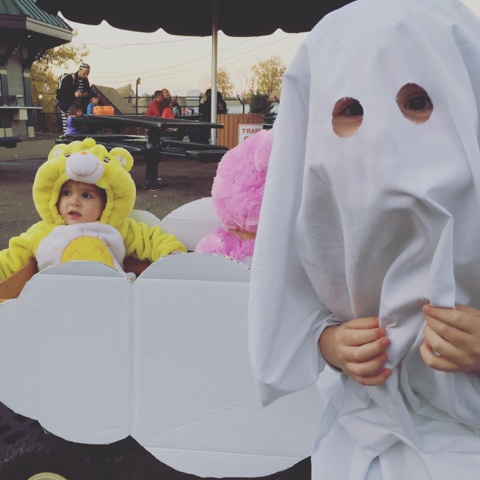 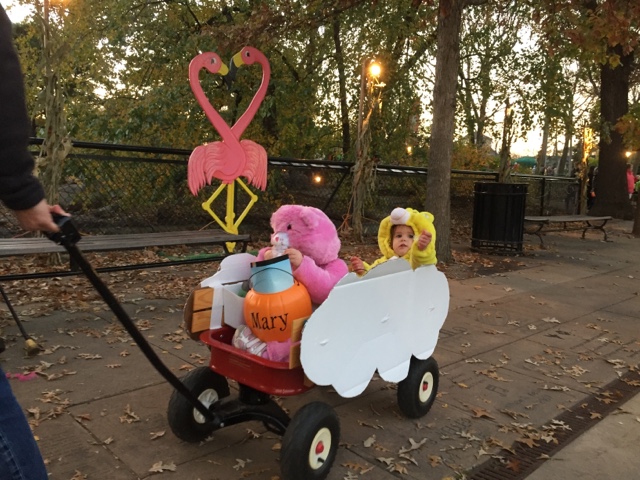 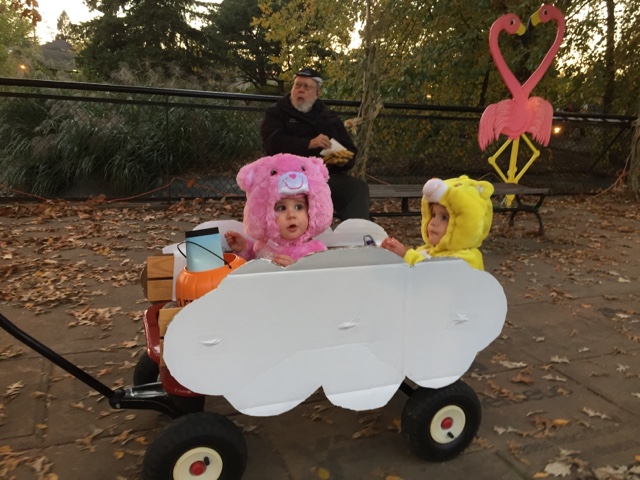 Isaac hasn't seen the star wars movies but he has read a few books and loves it. Later he told me "I was afraid they were going to shoot me" as he approached them for a high five. 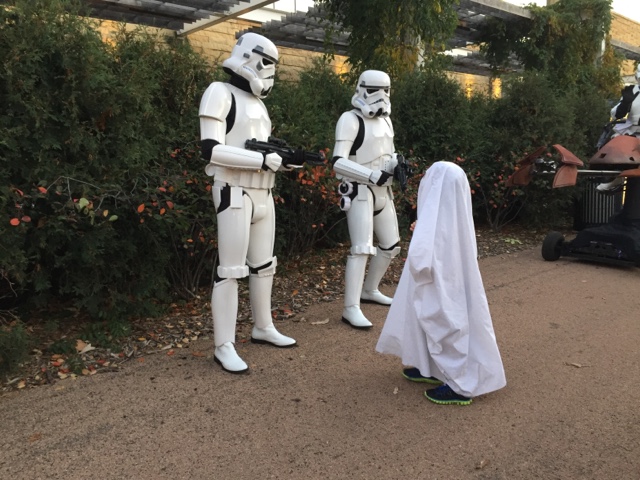 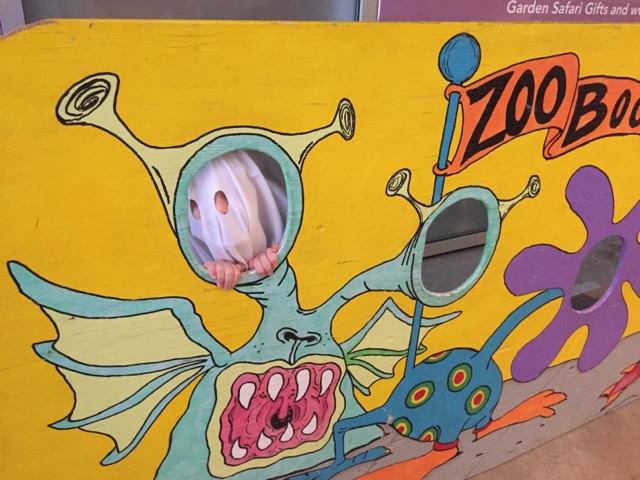 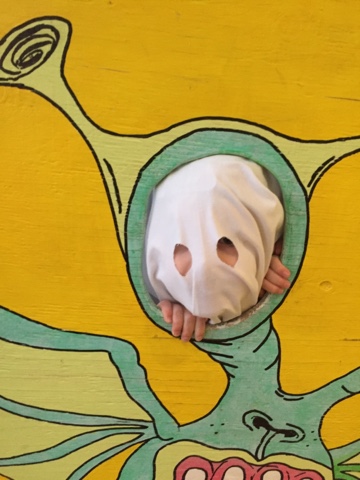 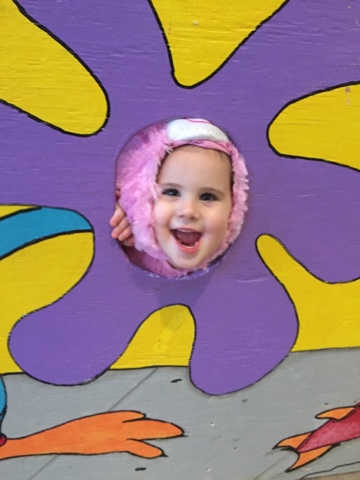 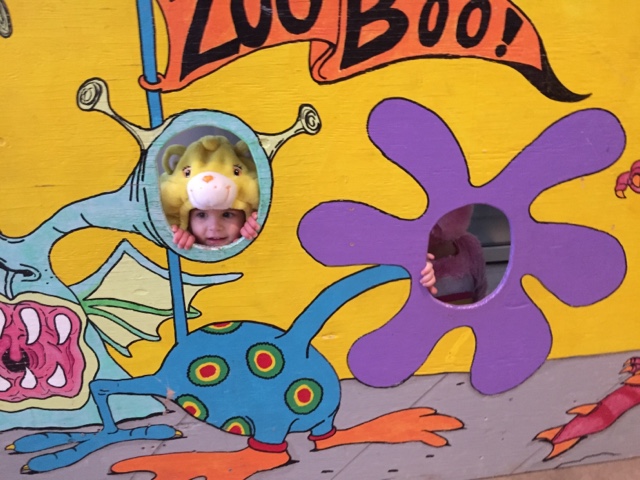 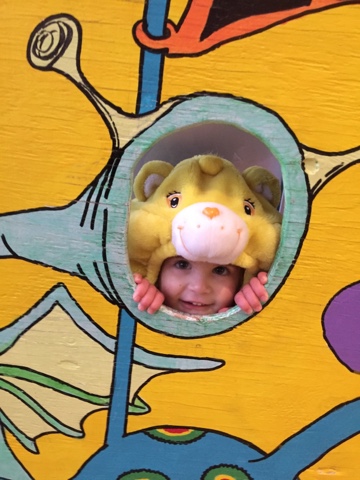 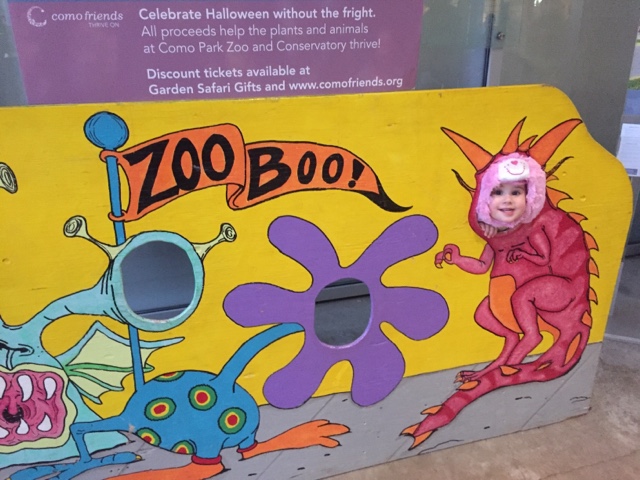