He is growing so fast! 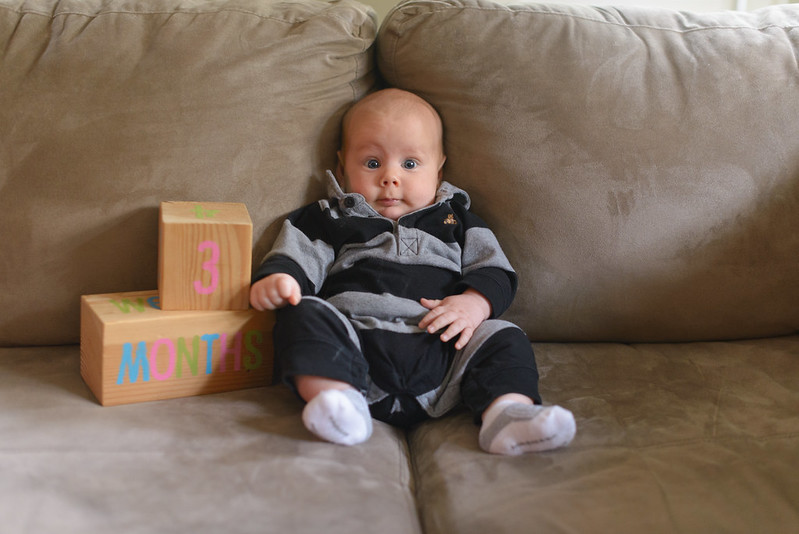 And this is his signature face :-D He loves to make the look of "what is going on here people!?!" or "what have you birthed me into?" LOL 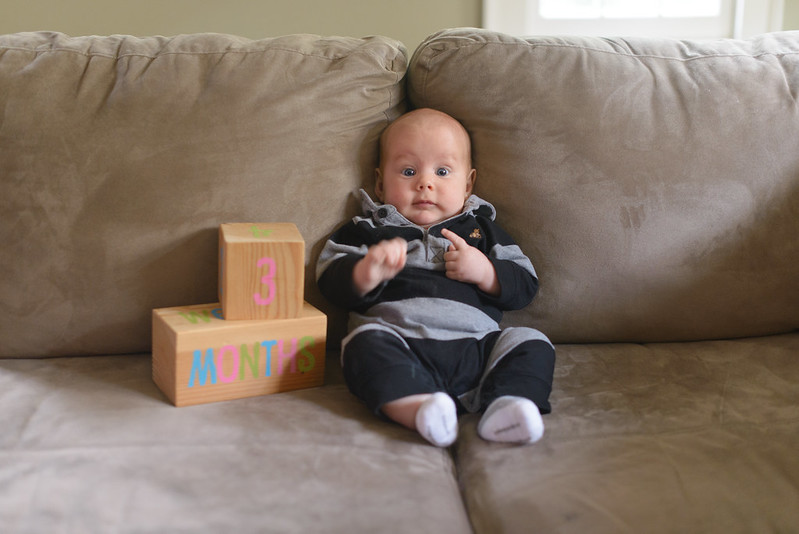 Just in the past weeks he has been such a chill little guy. Thursday and Friday I was able to set him in his rock'n'play in the kitchen and although he was tired and getting kind of fussy, he ended up being content watching me cook or do the dishes. He's in somewhat of a routine of being awake for 1-1.5 hours, sometimes 2 hours at a time. Then sleeps well either in his swing or while he's being worn. He is used to the hustle and bustle of being on the go. Taking sisters to preschool, walking to the bus stop, or going to soccer games. He does really good in the car now and no longer hates his car seat. He likes to look at his animal friends on his play mat or above his head in the swing. He still loves being worn and close to mama, probably always will. 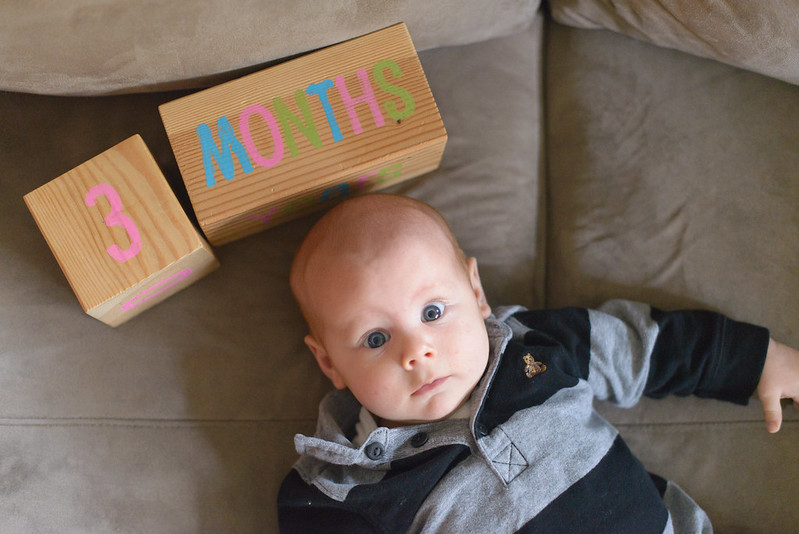 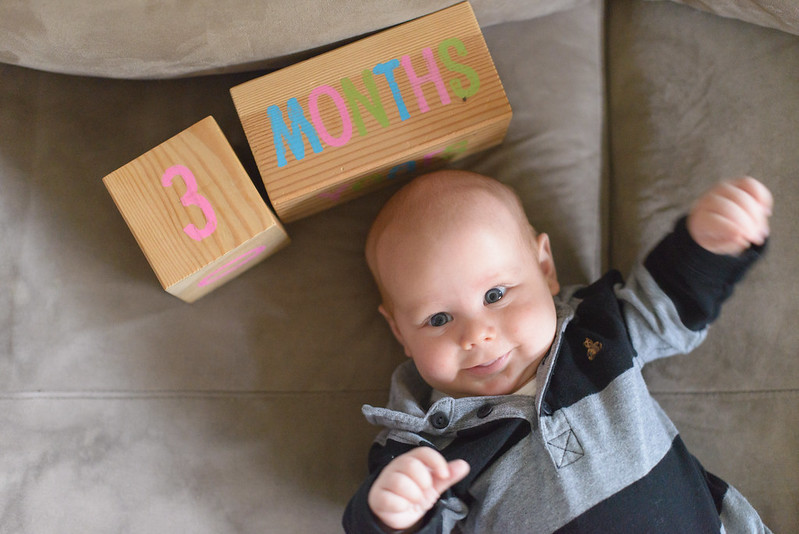 He has a little cold right now so he's congested at night, but besides the stuffy nose at night he's a really good sleeper. Unfortunate that it correlates on my work weekend so this mama isn't getting much rest. This is the second or third cold, poor guy. The girls had colds earlier on too, but Isaac was already 6 months before his first cold. 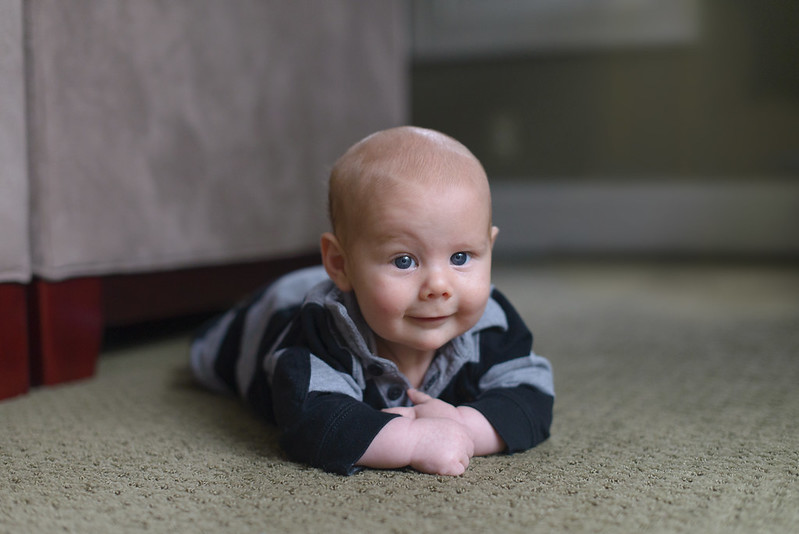 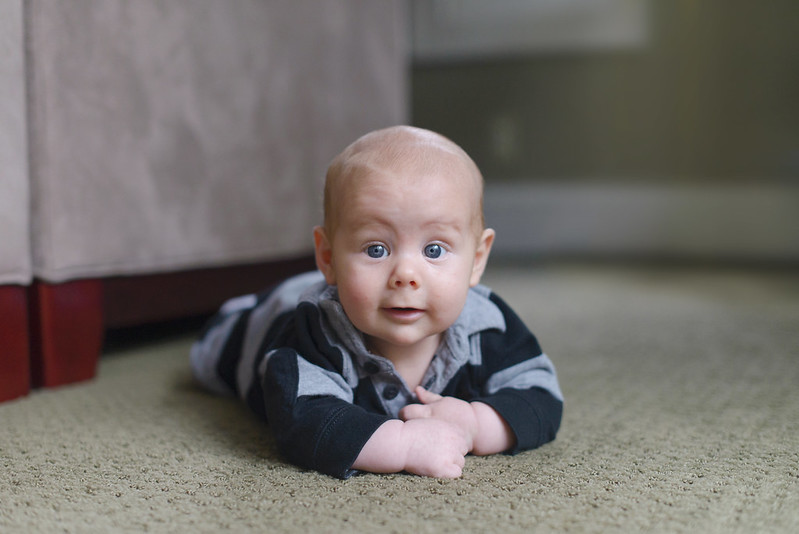 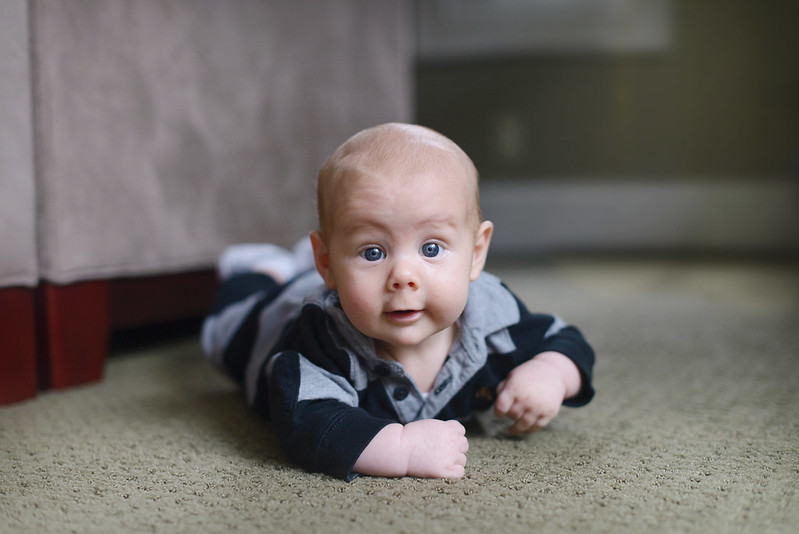 He's growing so fast and out of a lot of his earlier clothes already. So crazy how little time some of those baby things get used. He's wearing 3-6 month clothes and some 6-9 month clothes. Still in size 2 diapers. Newborn and 1 flew by it seems. We did wear some cloth diapers this past week and probably will when we're home. It's just easier to throw him in disposables when we are out and about, but I know the cloth is better on his bum and better for the environment, so I'll do my best.

He loves his siblings and give them big smiles these days. Still a little suspect of his smothering sisters, but Emma does a really good job of comforting him and keeping him happy. Mary really wants to but most often can't contain her love and ends up right in his face to the point he gets fussy. We're still working on that :-/ 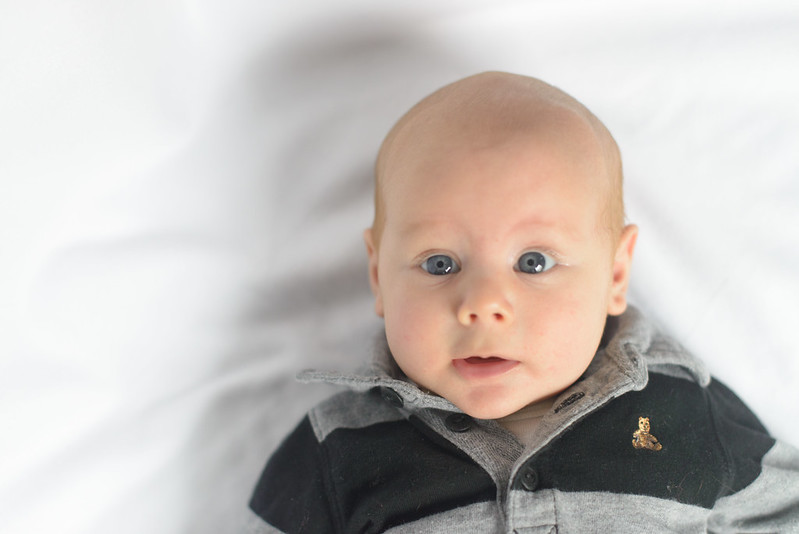 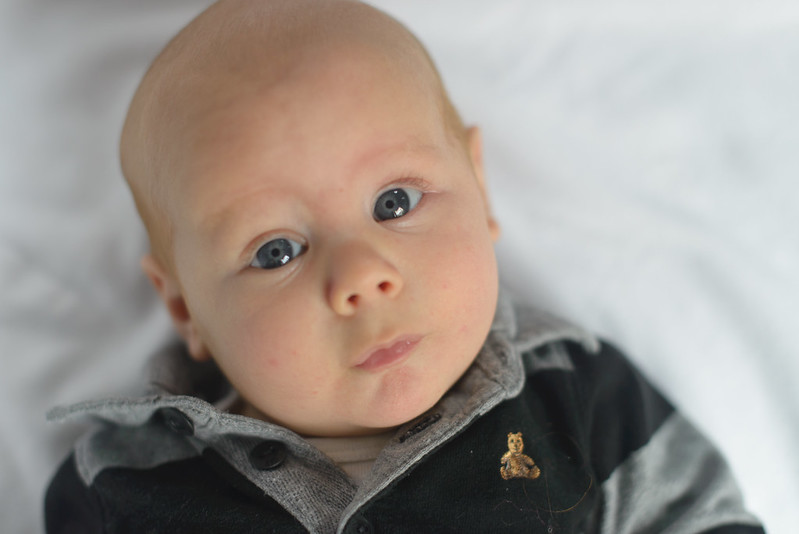 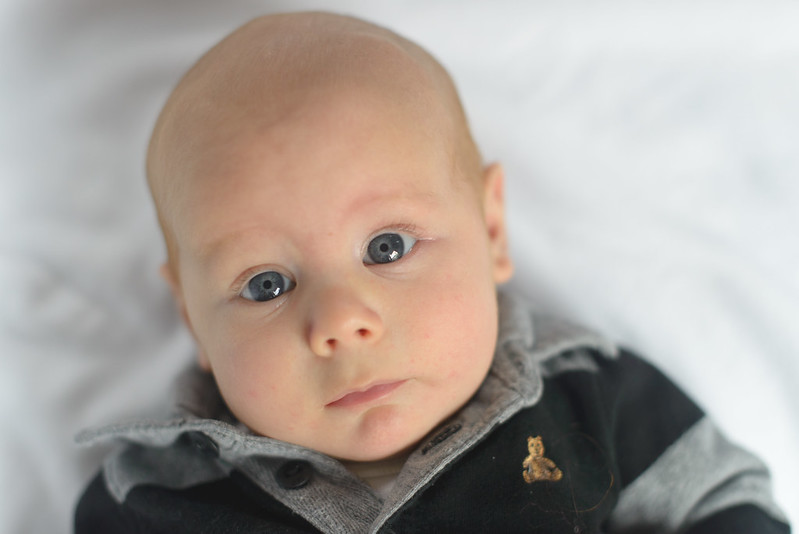 That face is hilarious! I would probably look like that too if I had 10 eyes on me all the time!