Last weekend we attended Church Vacation and I didn't mentioned the fall Isaac had. During nap-time, while Kyle, Emma, and Isaac were at the playground, Isaac had a pretty good fall off the monkey bars. He had hurt his wrist and scrapped up his chin real good. We let it rest and give it time to heal. When we got home from vacation I had him write his name to make sure he still could, it was his left hand he hurt and of course he's left handed. He wasn't complaining of it hurting so we just let it be.

Well fast forward to Friday and we noticed he wasn't using his left to throw the ball at the Science Museum, it also hurt when I touched it later that evening. So we thought something might still be up. It was still a little swollen and we would rather be safe than sorry. So I took him into the local orthopedic urgent care Saturday morning, exactly one week after the fall.

The doc felt it and suspected one of two things a buckle fracture or a growth plate fracture. He sent Isaac over for an Xray. 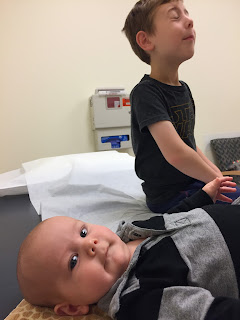 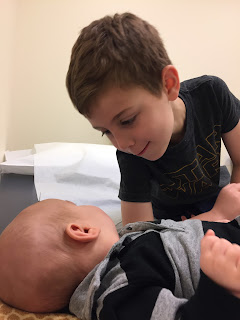 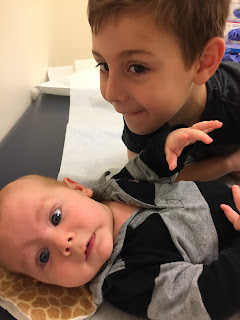 Thomas and Isaac got some good brotherly bonding in. :-) 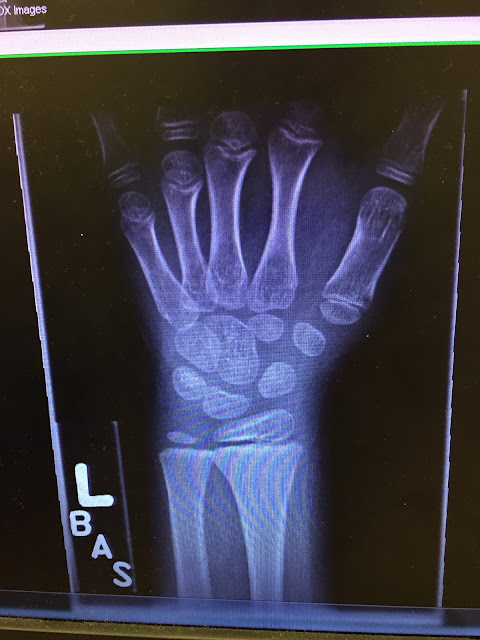 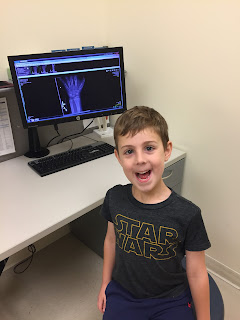 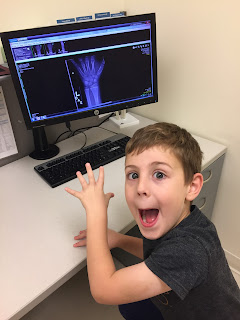 The xray didn't show a definitive fracture, maybe a teeny tiny minor one. But he was going to treat it as a buckle fracture and have Isaac wear a brace for 3 weeks. Given that we were already a week in from the trauma he said 2-3 weeks would be fine. Just whatever Isaac felt was comforting. Isaac was being a goofball for pictures, but has been great about wearing the brace. Hopefully it helps it be comfortable and heal properly. 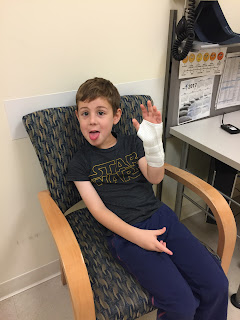 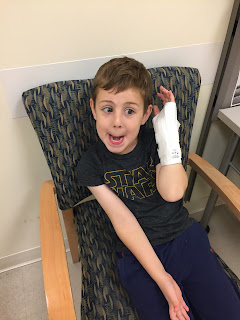 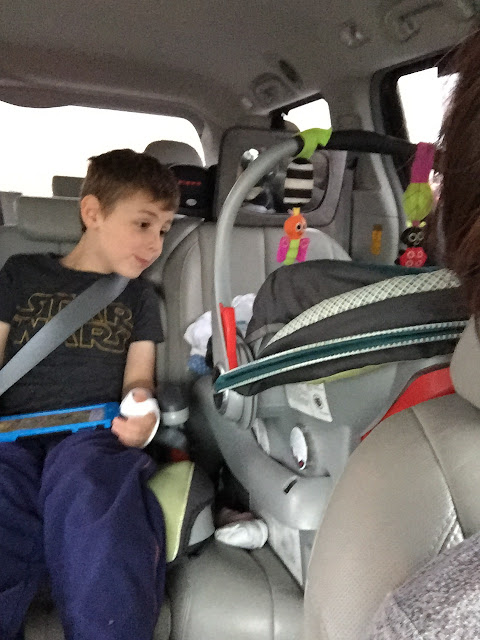