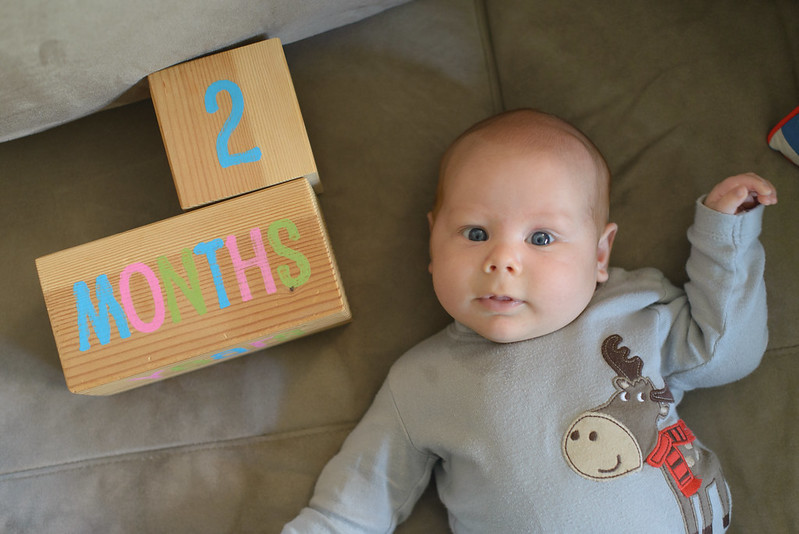 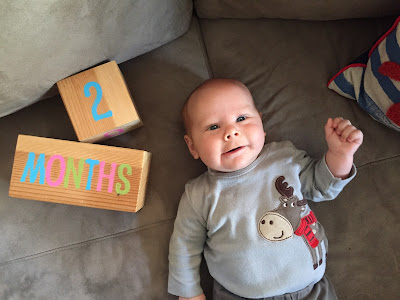 In order to help ease my duties, I'm cutting back photos to monthly (which as it turns out is all I did for the other kids) but I still want to try to capture memories and stages and blog about them as they come.

5 weeks old
He doesn't like the car, unless he sleeping of course. We try to time our outings with his wake/sleep cycle so he enjoys them more, but when it's drop off or pick up timing can't really be planned out.
He loves being outside and he loves laying on his play mat. If we lay him on his back outside he is in heaven. He does love his siblings, although they drive mom & dad crazy with how in his face he is, but for the most part he isn't bothered by it. He loves the attention and entertaining of their kisses, dialog, and immediate presence

LOL that didn't last long, I didn't get anything written before he turned 2 months (Today).
He still doesn't like the car and is currently mostly content for a short time while laying on his play mat then wants to be worn so he can sleep close to mama. 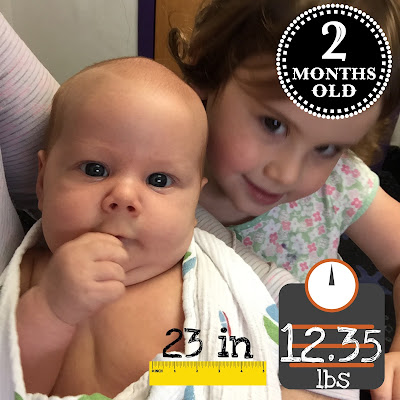 Weeks 5-7 were pretty tough weeks for all, mixture between end of summer, excitement and stress for school to start, worn out parents, tantrum throwing 3 year olds, and just the everything it seemed. We had a much better week 8 so things are looking up :-)

Thomas had his 2 month appointment today with good looking growth stats. He was 23 inches long and weighed in at 12.35 pounds. He is still smaller than Isaac was at this point (Isaac was 24.75 inches & 13.5 pounds) but he was also born before Isaac so maybe he will catch up eventually. 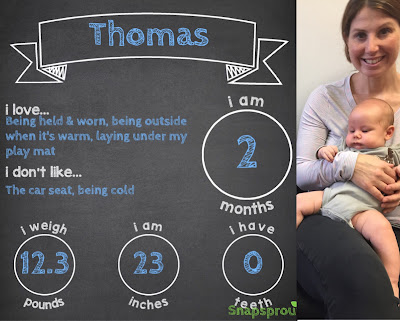 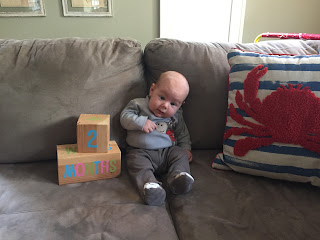 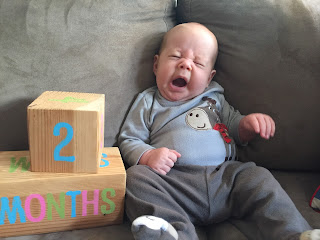 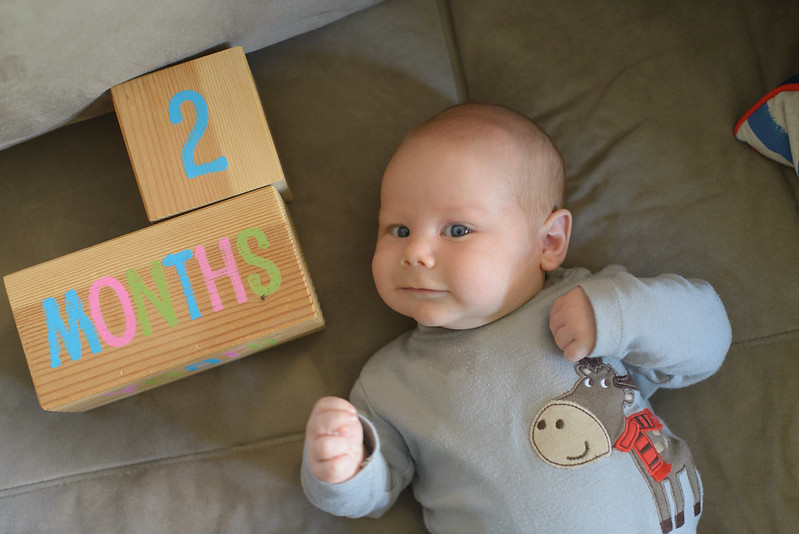 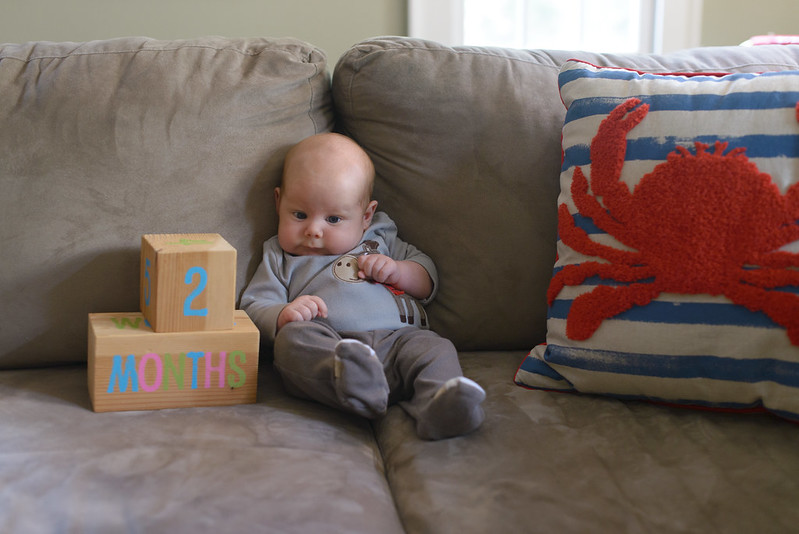 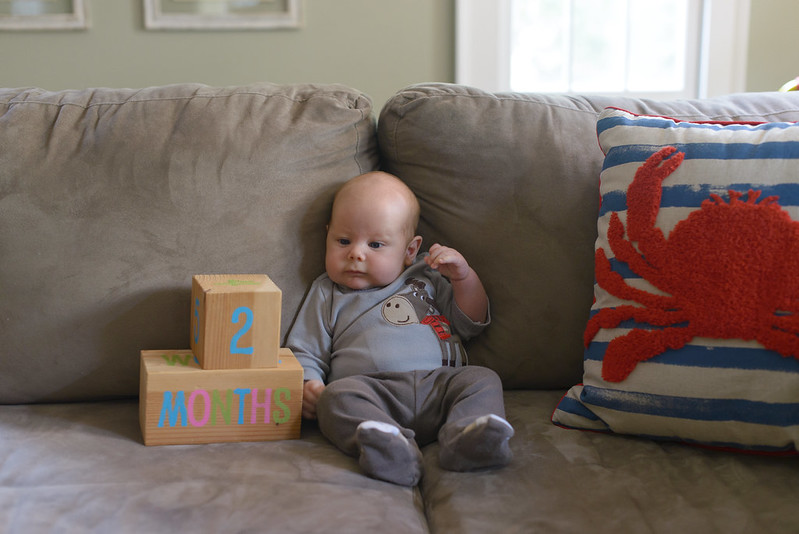 And some more photos just for fun: 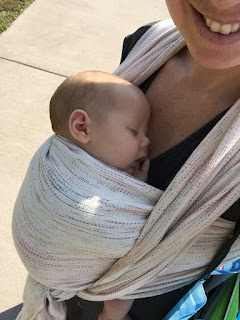 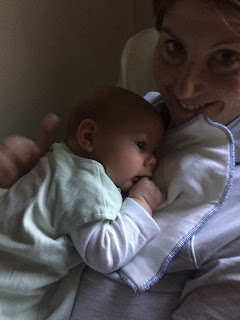 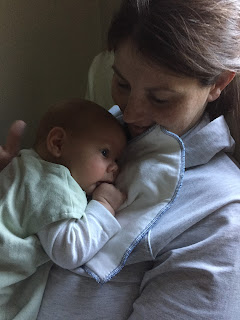 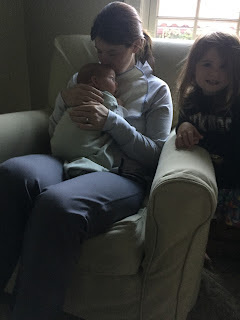 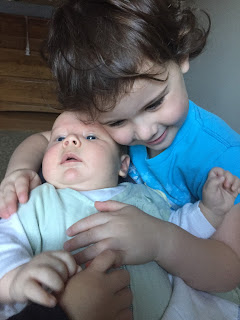 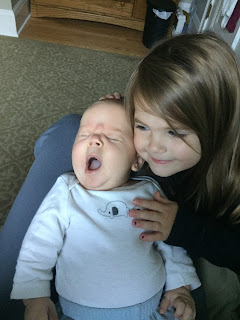 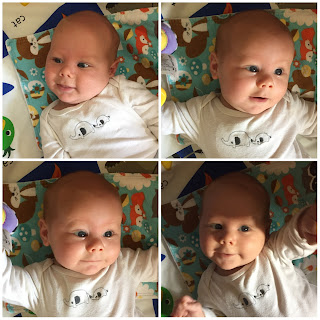 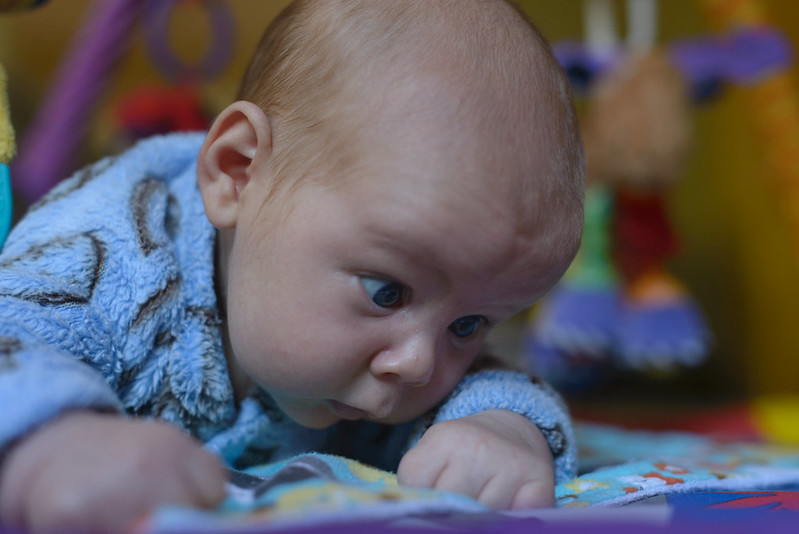 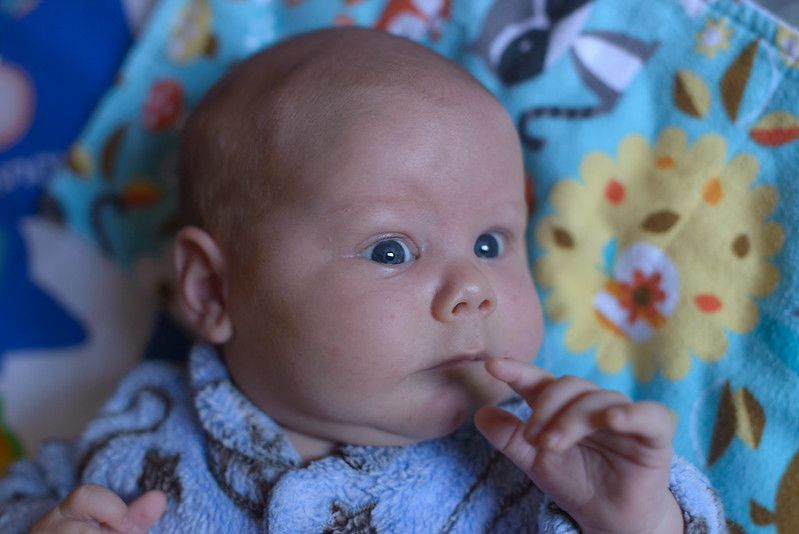 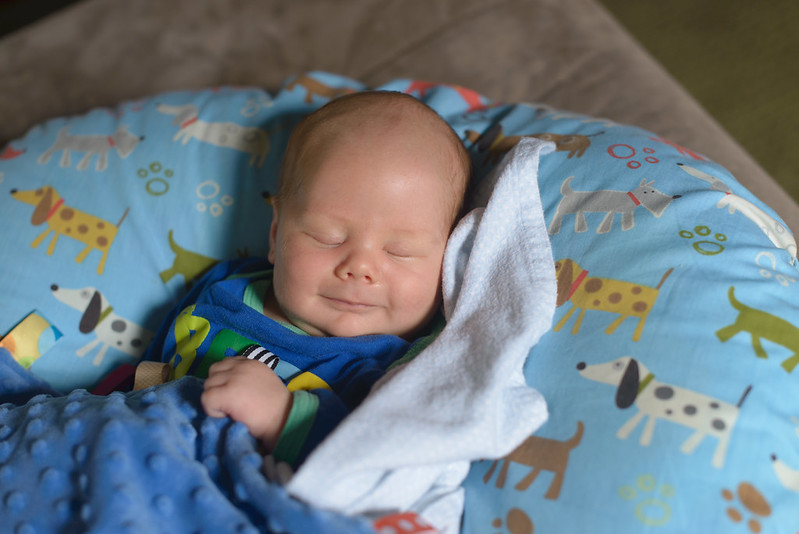