Isaac started Kindergarten this year! WooHoo! And the girls started preschool, double WooHoo! They were all so ready and excited and I was excited for them. Isaac had been getting pretty restless at home and was ready for routine and mental stimulation again. 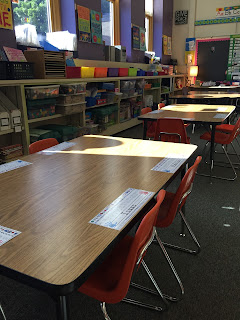 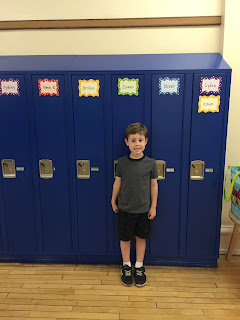 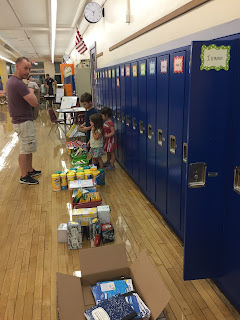 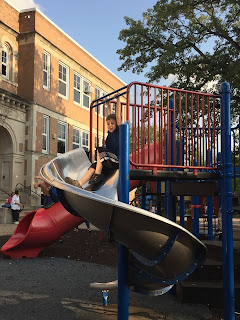 On August 30th, Wednesday, it was his first day! We got the celebratory photo out front and then Kyle took him to school that morning. Besides the first day, he rides the bus each day and has to get on the bus at 7 a.m.! We're all adjusting to the new longer day. 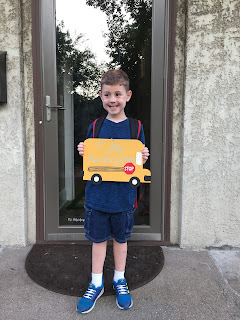 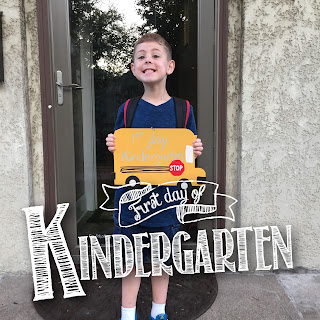 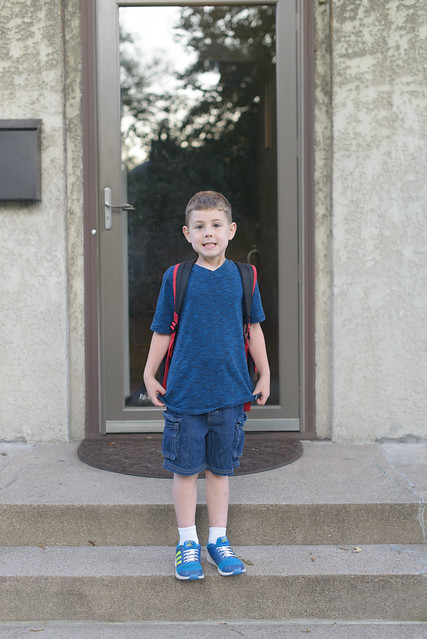 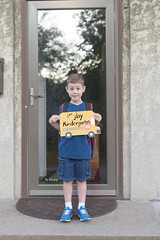 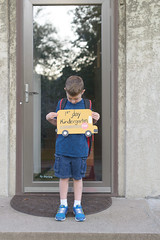 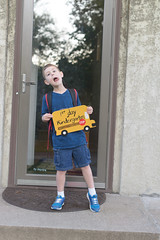 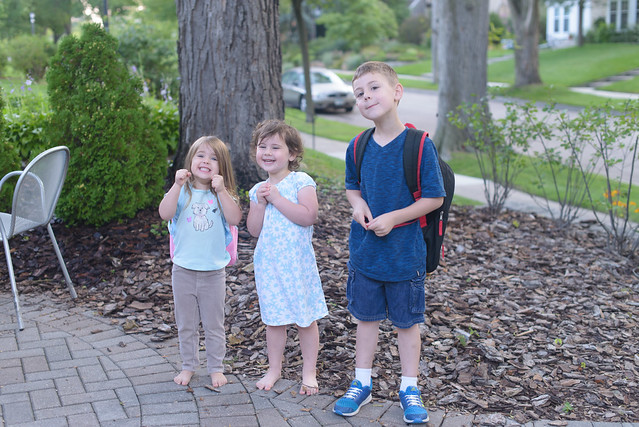 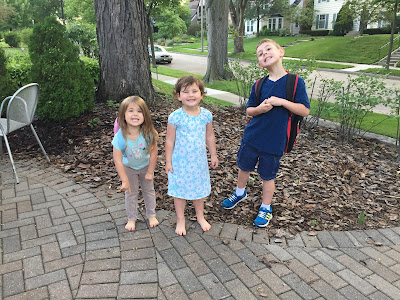 Mary has been LOVING her bike, she wants to ride it ALL THE TIME! This was after morning photos about 7 in the morning. 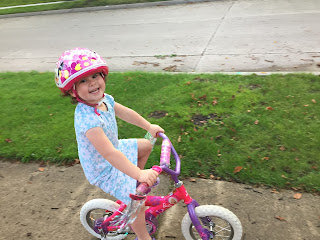 Kyle took these at school on the first day: 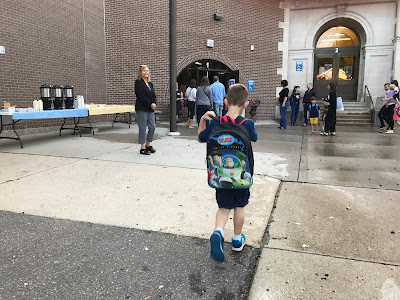 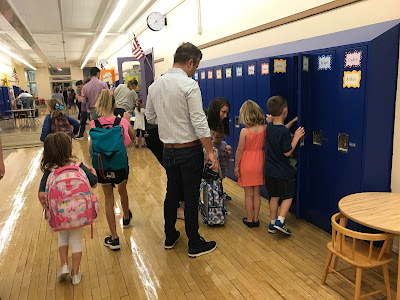 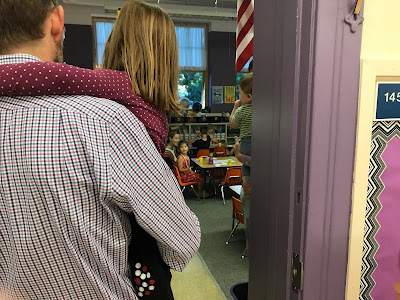 I didn't get a photo of him getting off the bus the very first day, the bus was running later than scheduled and Emma ended up having to go back to the house to pee at the same time he got off so we were walking back to the bus stop (a half of a block away) as he was getting off. But I did get a photo the second day! He gets home just before 2:30. 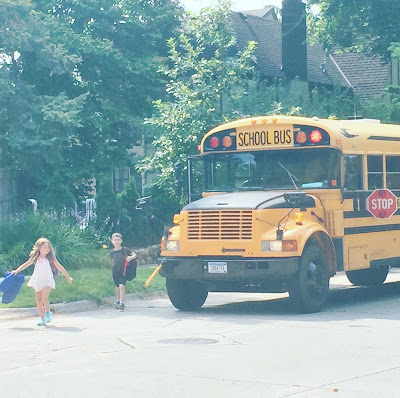 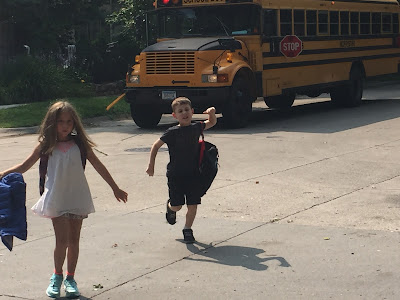 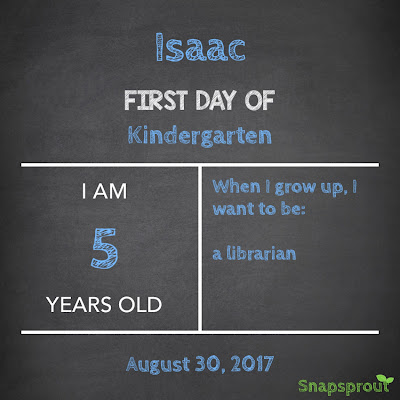 The girls had their first day of preschool on Friday, September 8th. They are going to the same preschool that Isaac went to last year, but they aren't taking the bus like Isaac did. Mary is pretty disappointed in this, but maybe next year she can take the bus. They are going two days a week, looking back I should have done more because they are ready but we have a Tuesday activity so the schedule wouldn't have worked out as well. They were both very excited to be going to school themselves. After we got Isaac on the bus at 7 am it was their turn to take their photos: 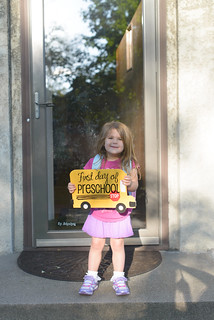 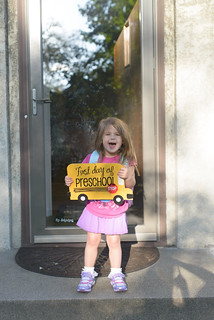 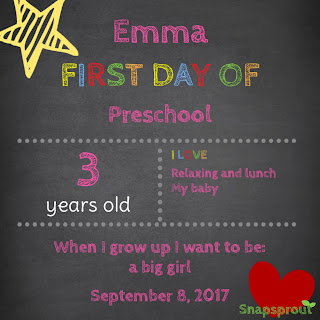 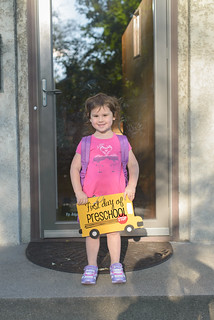 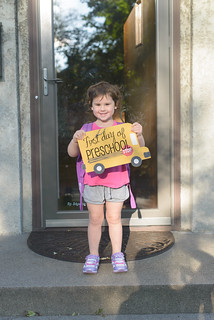 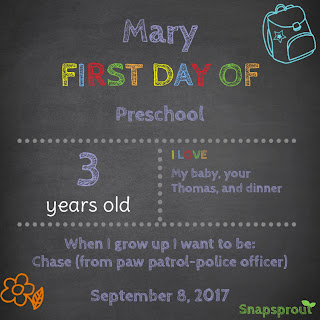 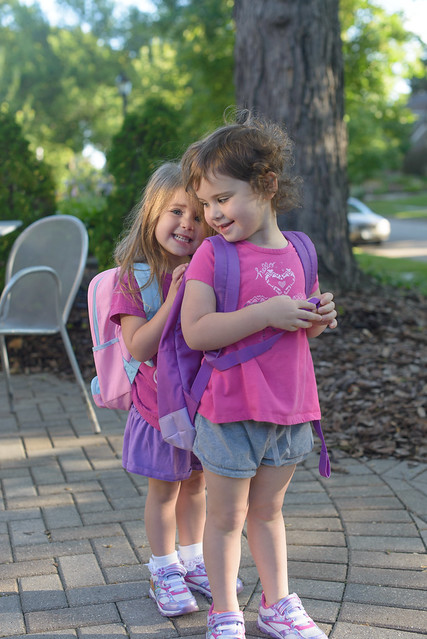 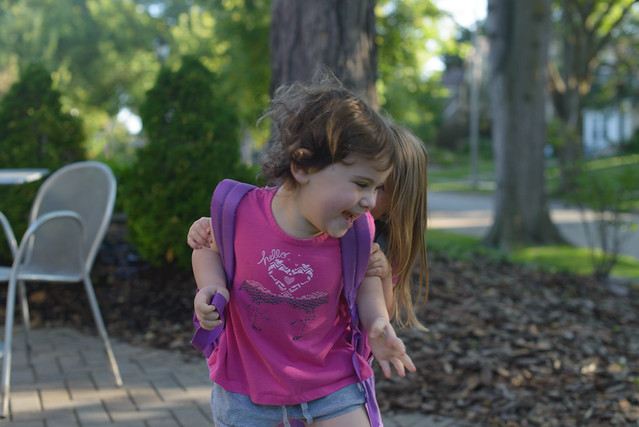 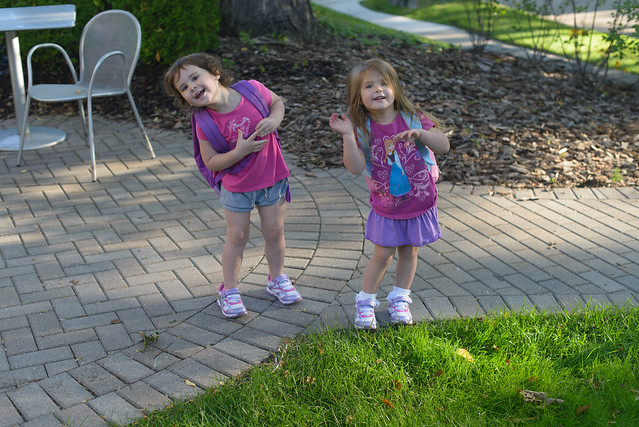 So excited they are running to the building. 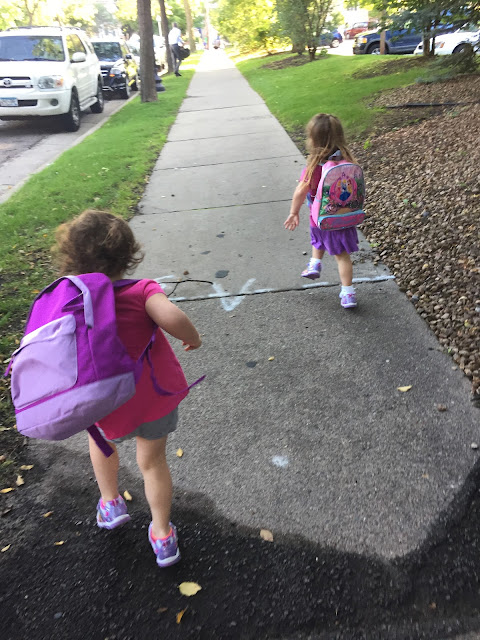 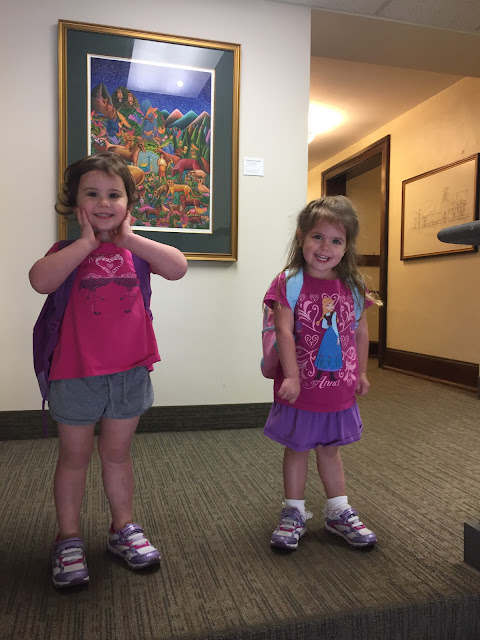