Well we can mark another item off our 'to-do' list. We had a plumber come today to switch out all the galvanized piping and replaced with pex. We did this in our old house (blog here) when we finished our basement, always stinks having to redo something we've already done, but new house - old home - new issues. We had pretty bad water pressure in this house. If you were washing your hands while someone flushed the toilet your stream of water reduced to a mere trickle. Not any more!!

They cleaned up a heck of a mess that was above the hot water heater. We had thoughts of putting in a tank-less hot water heater to reduce the space this one takes up... but after reviews and learning more about them we decided against it. Plumber highly discouraged them and he even wouldn't install them. But now it's nice and cleaned up and new requirements make them insulate the hot water line. This wasn't the case 6 years ago when we did our other basement. The hot water heater has some years left, but at least the mess of pipes is cleaned up for when we do need to get a new one, and we might consider moving it then. 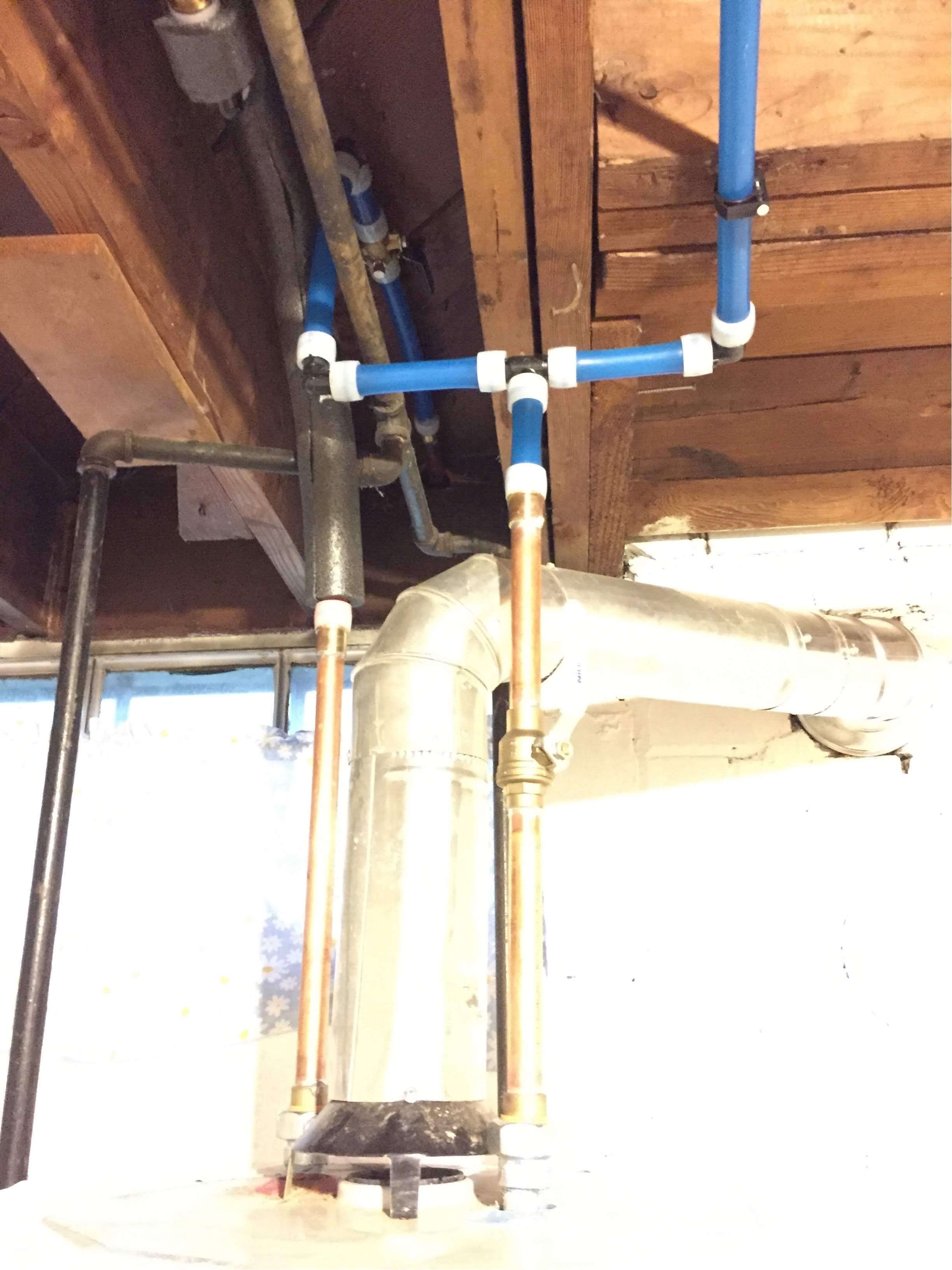 Luckily all the piping going to the second story was copper so we left that as is. They removed some sketching saddle valves and replaced the main shut off valve. Which after seeing inside he thinks that was probably most of our water pressure issue. 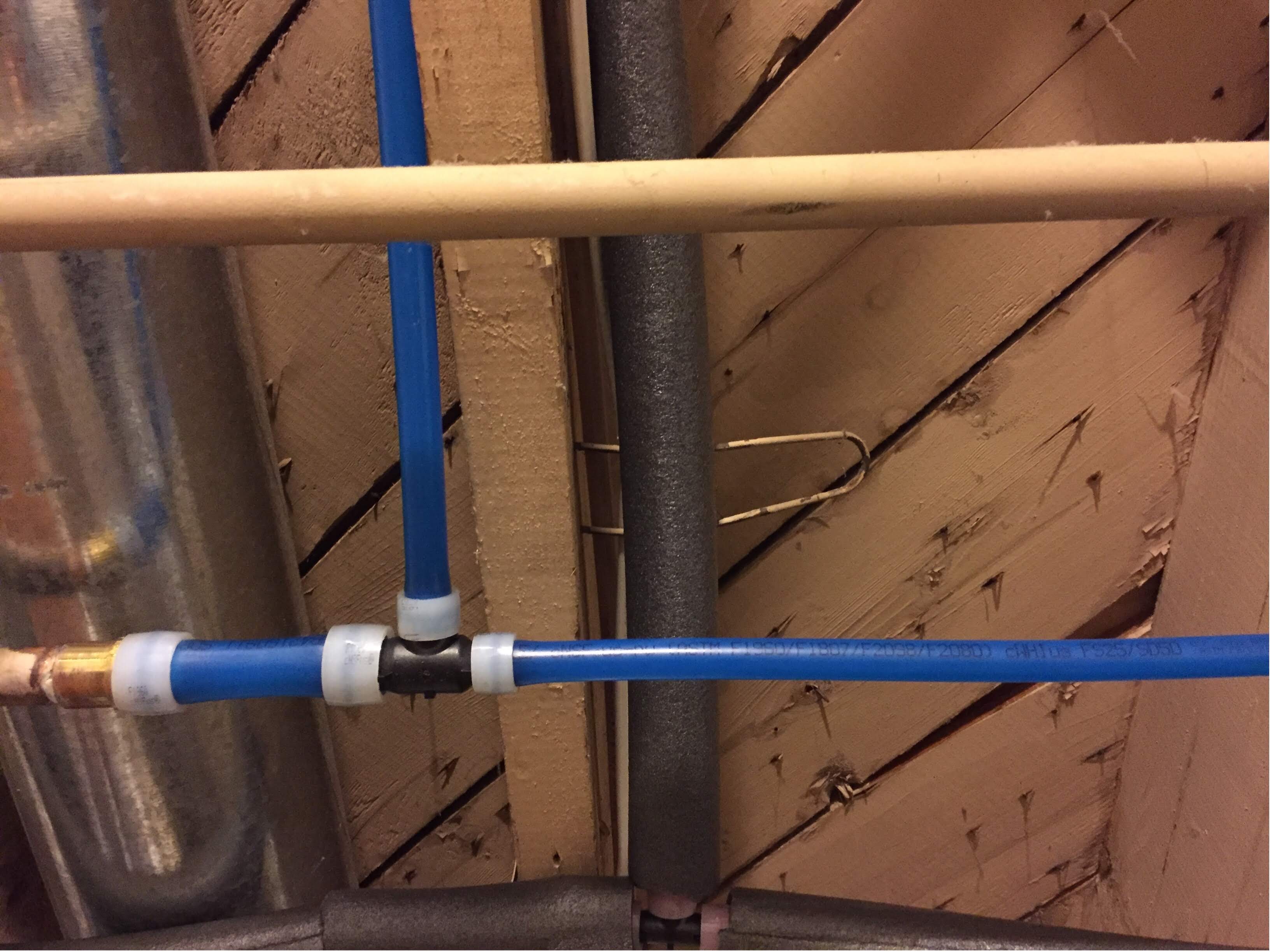 We also had them fix this catastrophe of an outdoor spigot. The before picture is first and the after is second. 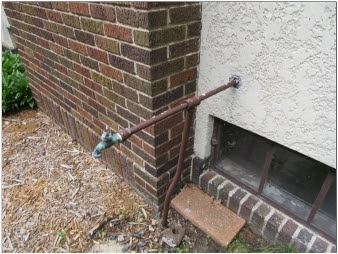 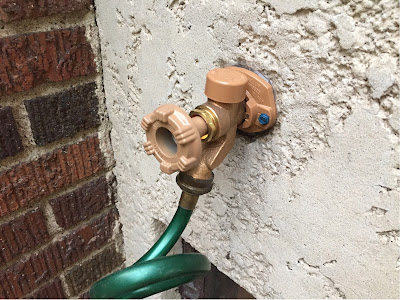 We were also going to have them install our dishwasher. We had upgraded our other appliances but hadn't done the dishwasher yet. It wasn't that bad and was low on our list. But since we were getting the plumber here we decided to go ahead and buy it so they could just install it. It randomly arrived on Mother's Day. I was started to wonder if we'd get it in time and Lowe's hadn't called. Then I get a call while we were at Yum on Sunday saying they were 30 minutes away.

We gave our old one to some friends, they came last week to get it so we've been doing hand washing for a few days. Well when they took a look at it today and turns out the Bosch models sit on the ground with no space below and the location of our electrical line (and water line) were not going to work with this model. He said he'd be happy to come back after we get the electrical switched around but that he couldn't do that part of it. I said it was okay and I'd take a look at it later that night. So I got to looking at it and he was nice enough to leave me two of the plumbing parts we needed. I had started on it before Kyle came home and by dinner time (well a late dinner due to installation) we had our dishwasher installed. Ourselves, again, only the third one I've installed, haha. But we wouldn't have been able to install it without the plumbing line moved anyway so not like we could have gotten it done earlier. It was kind of a buggard to get in. They are making them tight fitting to reduce sound so there was literally NO wiggle room. I had to drill some extra holes, move the electrical cord and install a box. I was just telling Kyle he should have gotten a photo of my 31 week pregnant belly body on my hands and knees getting this thing in. He of course helped once he was home and feeding the electrical wire back up was a two person job. We ran our first load tonight, well it's still going (can't hear it, but the little red light tells us it's running) so I'll see how it did in the morning. It has a top third rack for silverware which is nice and I think we'll enjoy having. Seems to hold a bit more too. (this photo still has the protective film on the front, I'll get that off tomorrow) 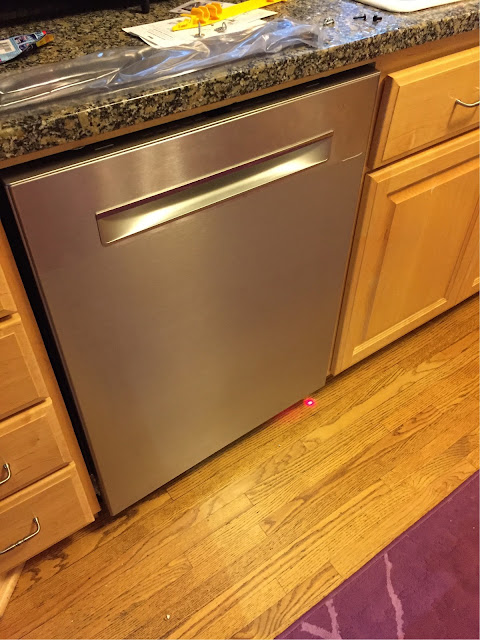