Sunday was a beautiful day! We made it to the Kansas City Zoo nice and early. 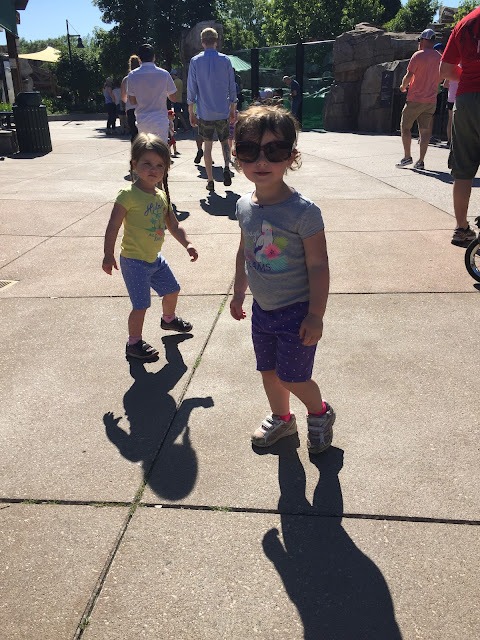 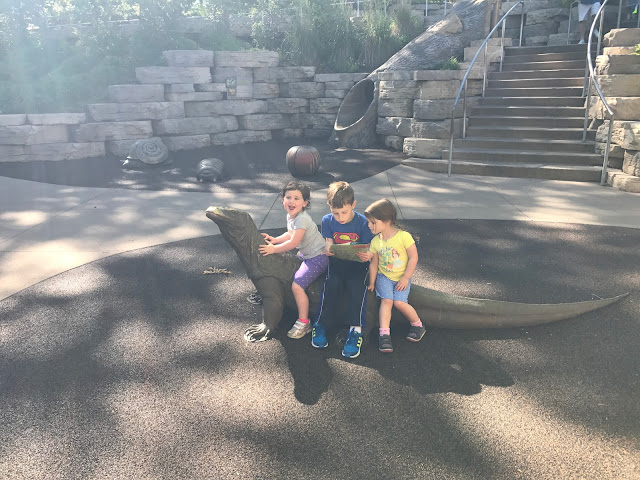 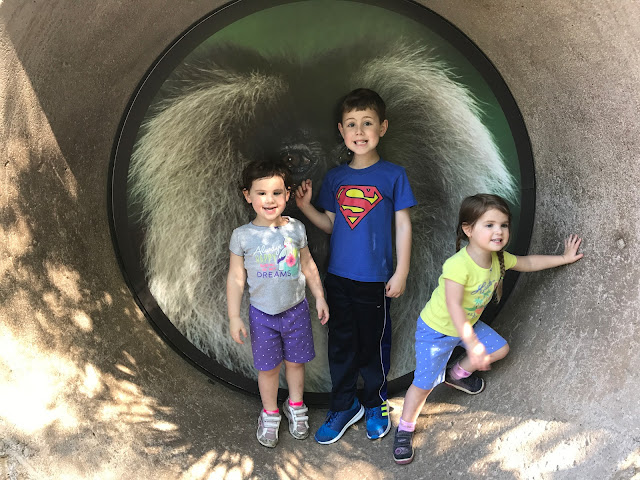 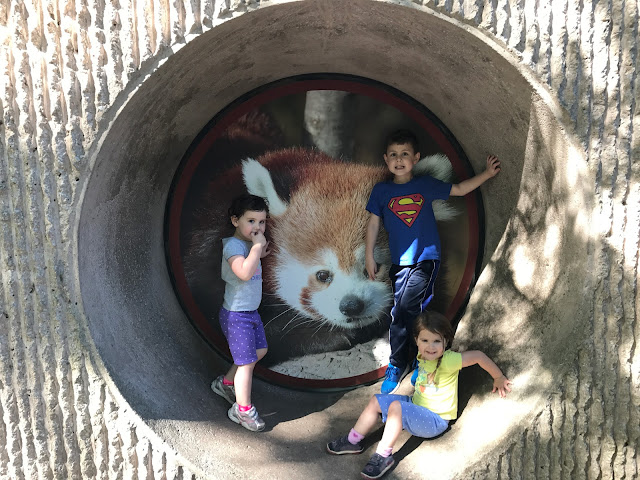 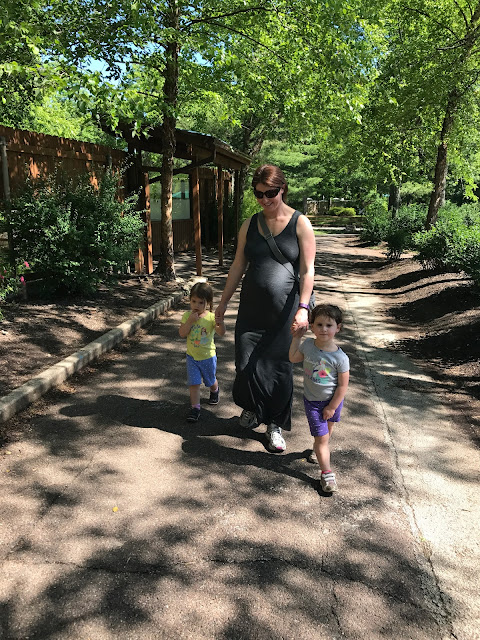 We saw lots of animals, had snack, they played a little on the playground. Isaac fed the billy goats and they took trips down more slides. 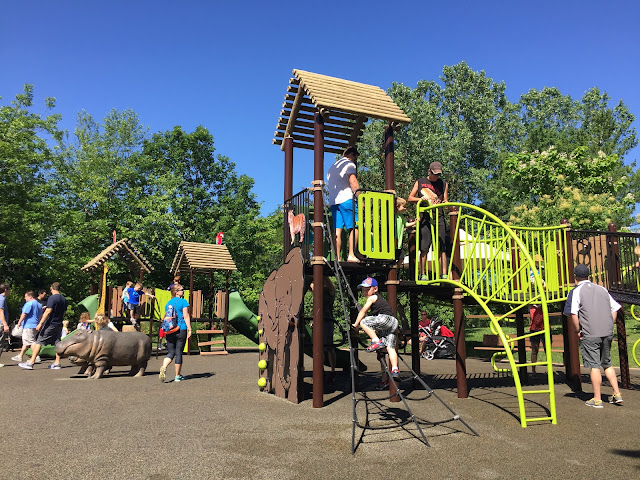 Getting a drink from the lion water fountain. 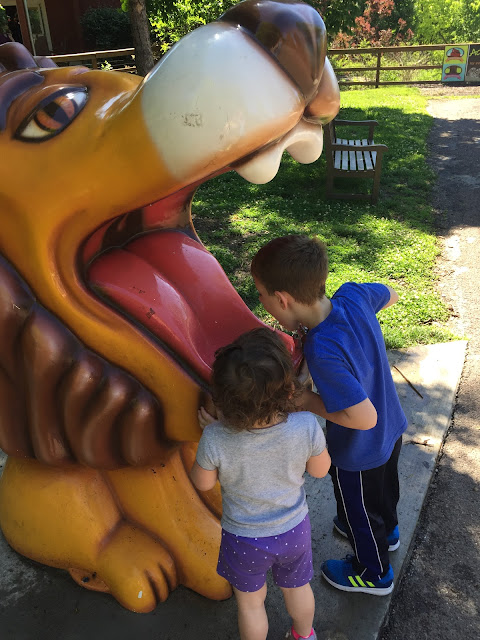 Kyle gave LOTS of shoulder rides. Their little legs were wearing out and we were too. 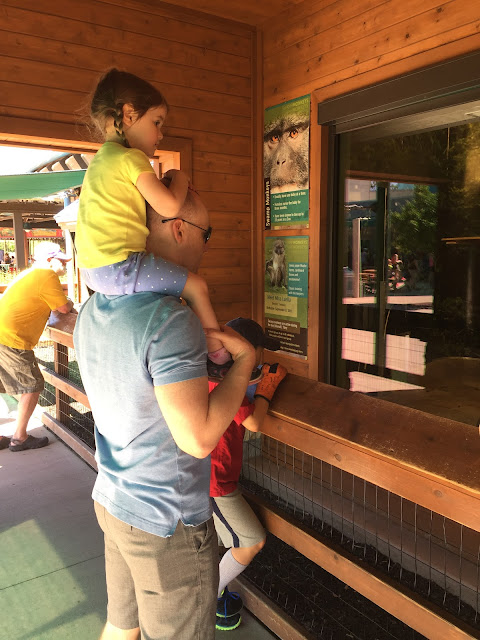 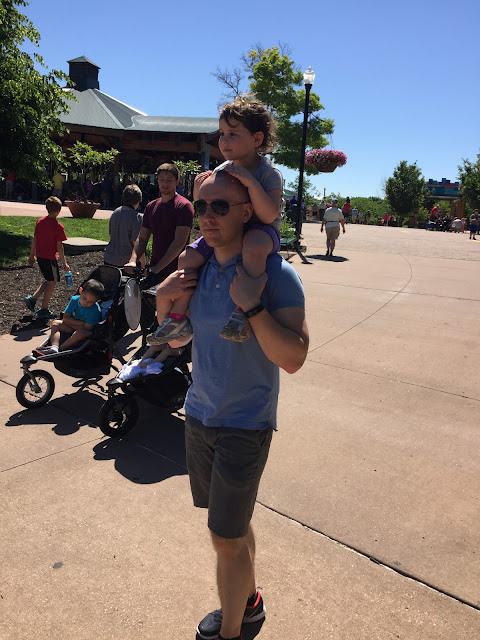 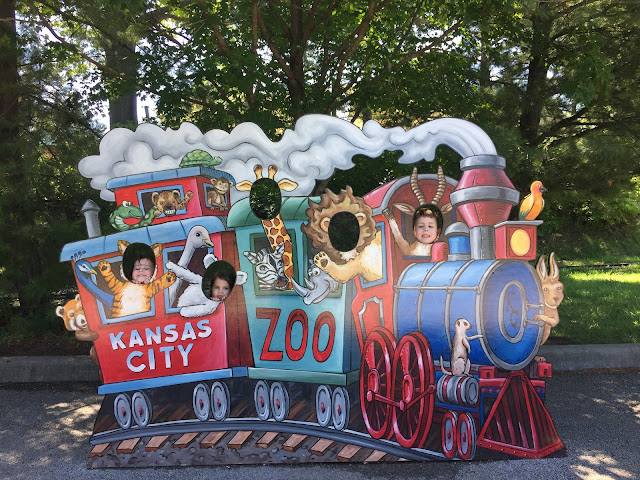 We took the tram out to Africa, beats walking the looooonnnng trail. 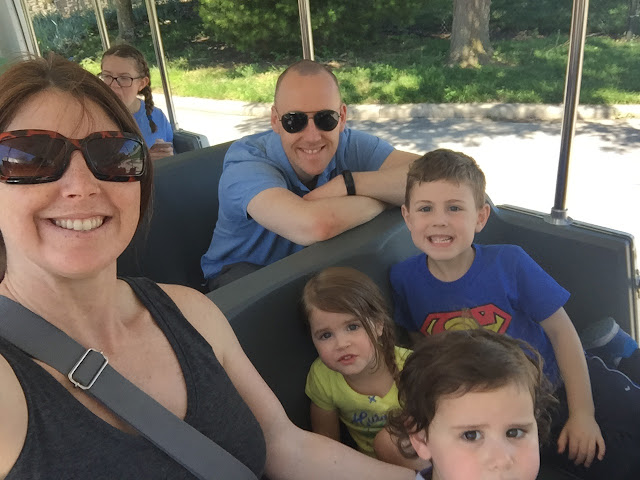 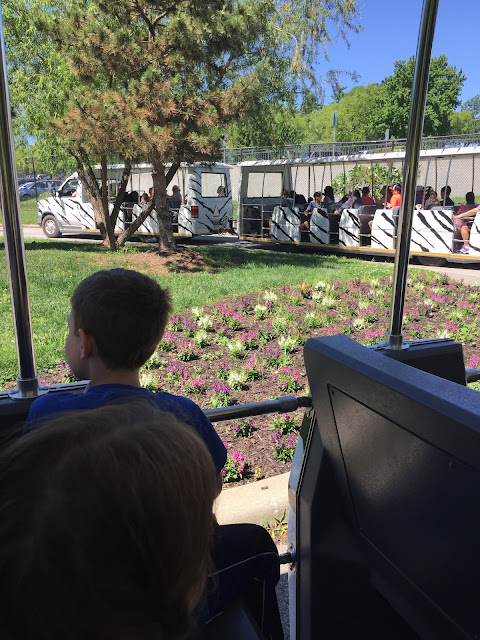 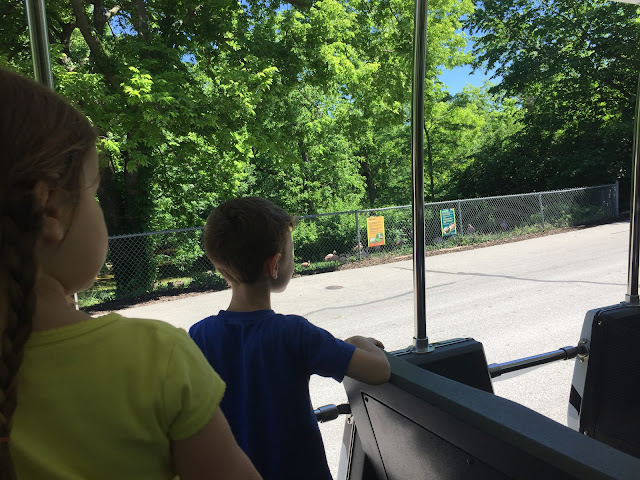 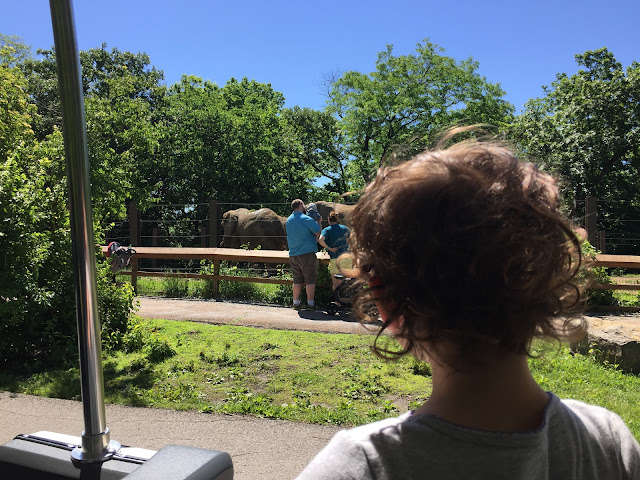 We made it to the other side and had lunch. Emma got attacked by a goose who tried to steal her french fry. 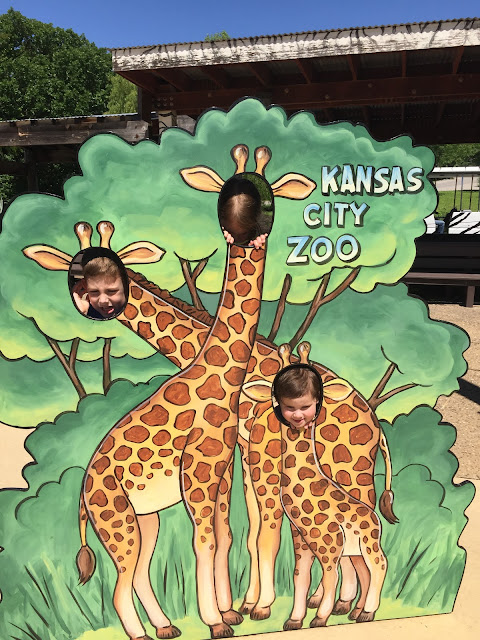 There was quite a lot of walking without seeing animals for some of it but we made it around the loop and got to see a hippo, some birds, lions, a rhino and zebras. 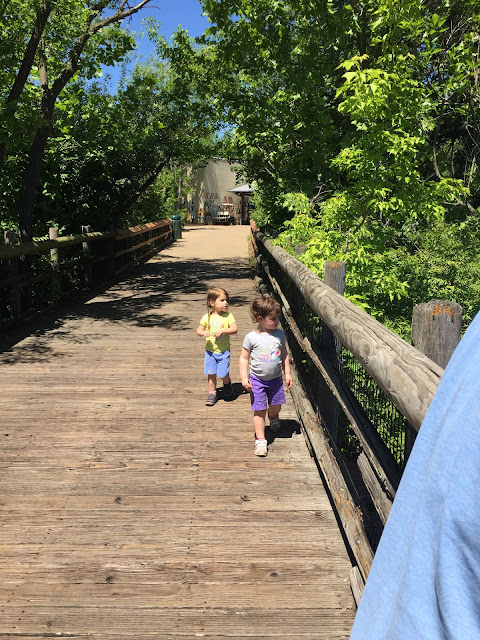 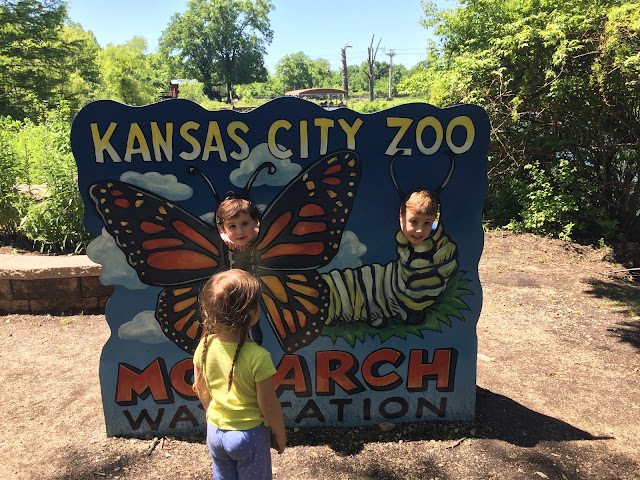 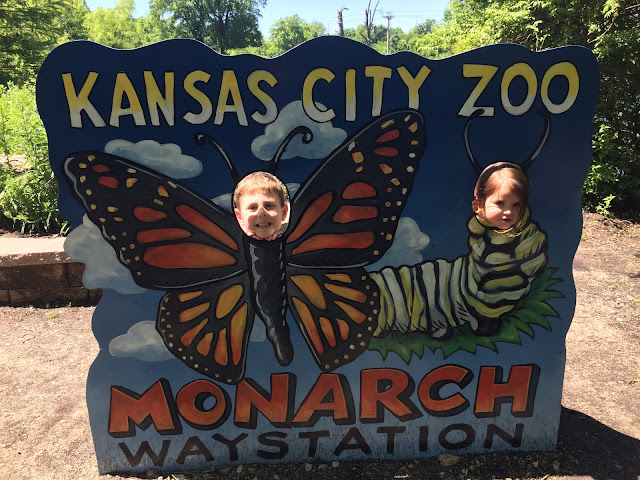 The Rhino and Zebras 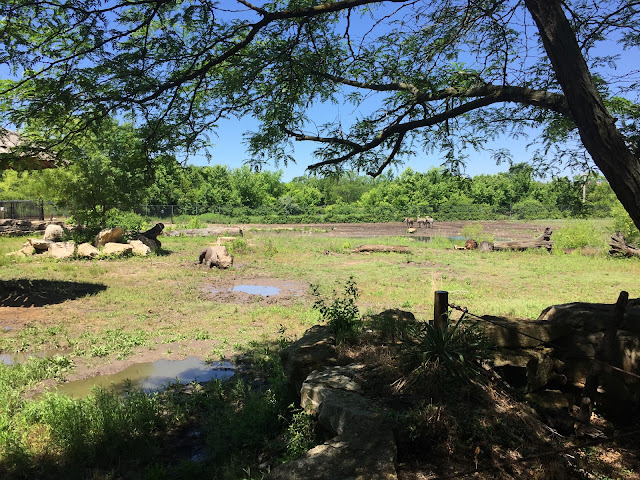 We were all very worn out after a few hours at the zoo. We made it back to the van and the girls took nice naps. We went for some more Andy's custard. Had to get all we could while we were there. Andy's originated from Springfield and we were lucky enough to be right down the road from the only one in Kansas City.

We found a nearby playground and got some more energy out while this mama could rest her feet. 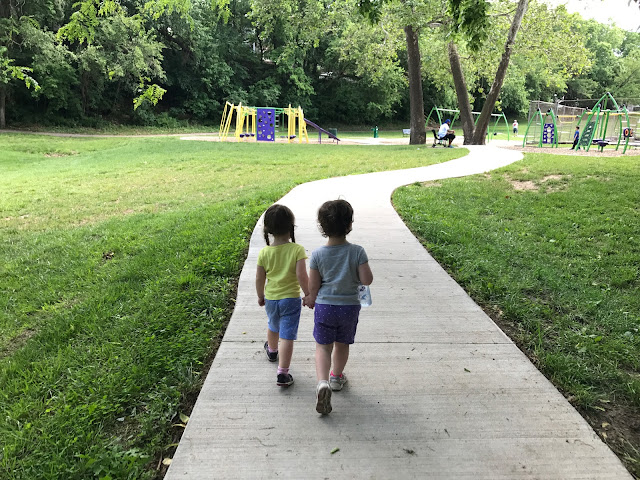 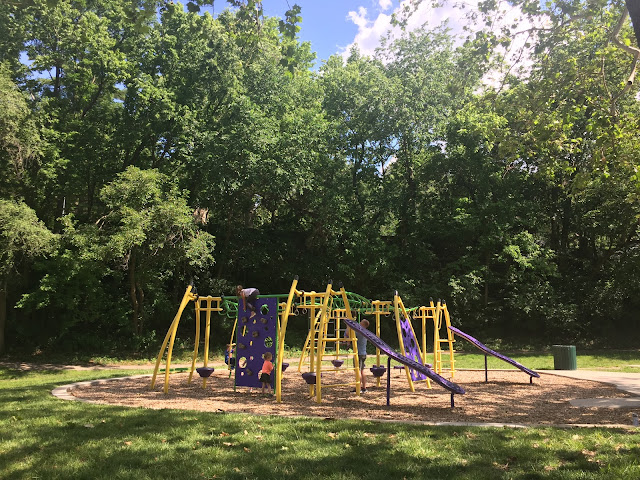 Then we went back to our AirBnB and watched a movie and Kyle picked up take-out for dinner. We had a nice, busy two days in KC. Off to grandma's the next day. 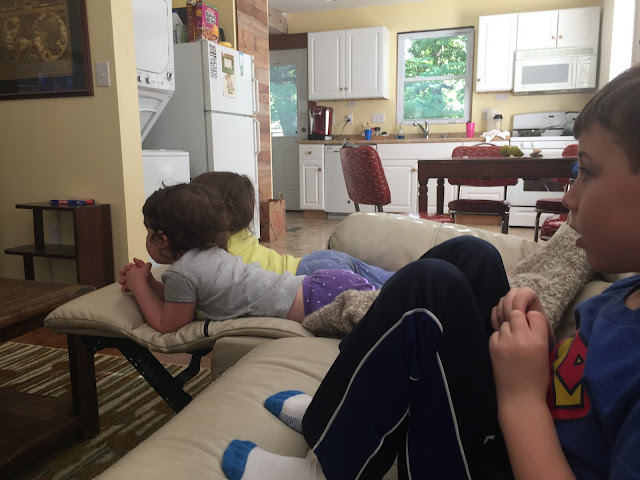