Due to procrastination and Isaac's indecisiveness, we planned his party for Friday evening. The pool he wanted to have it at didn't have any openings on Saturday or Sunday, but it worked out just fine. There was a little explaining when he was questioning why his party was December 2nd but his birthday was December 4th. Then he was asking if he was having TWO birthday's this year, haha. He invited a handful of friends, some of his old buddies and a few of his new friends from his new preschool. It was a pool party so they started the night off with swimming in the splash pad wading pool and bigger pool. The splash pad pool was rather cold so everyone ended up migrating to the warmer big pool. 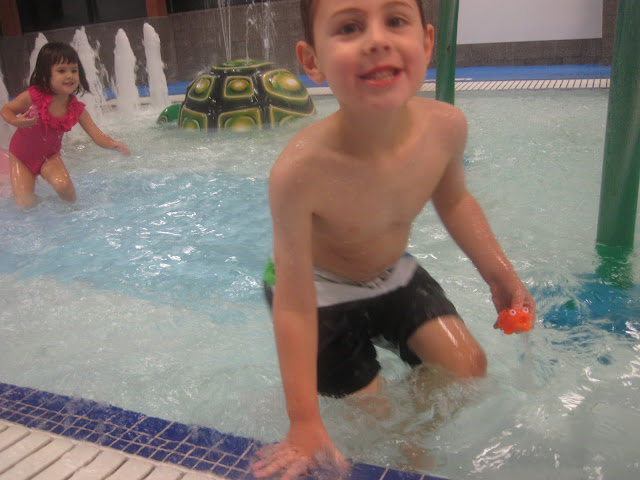 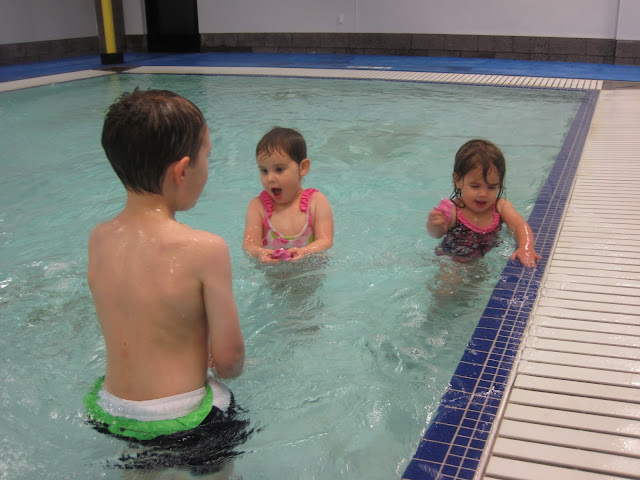 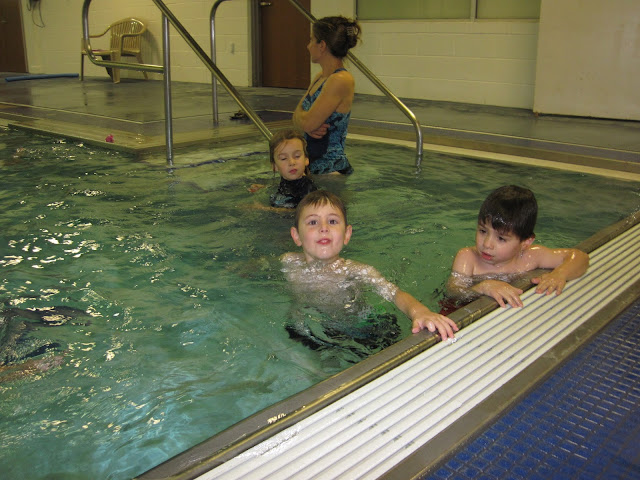 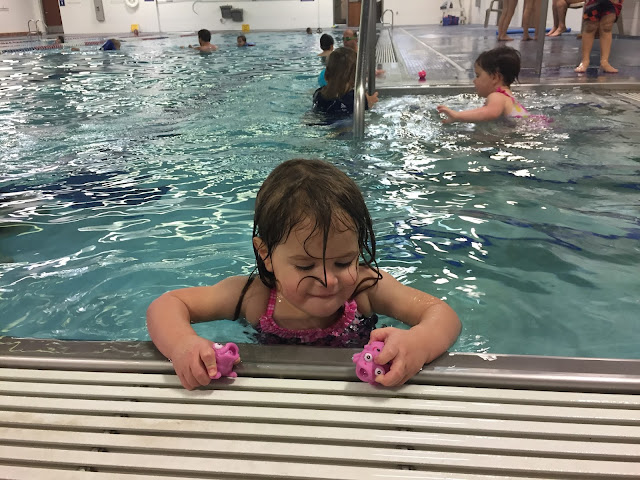 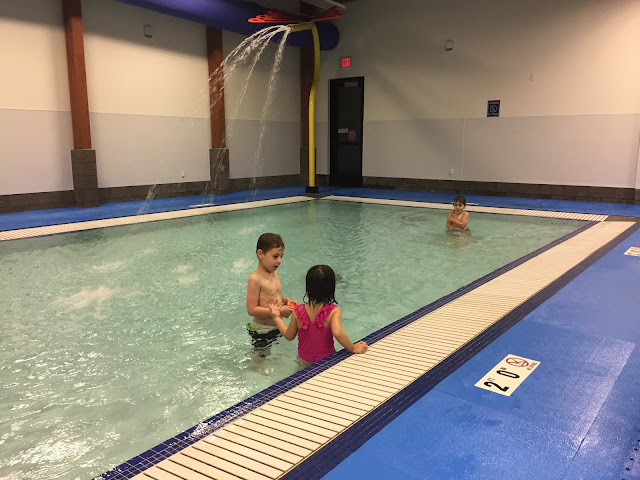 The girls going down the slide in slow motion: 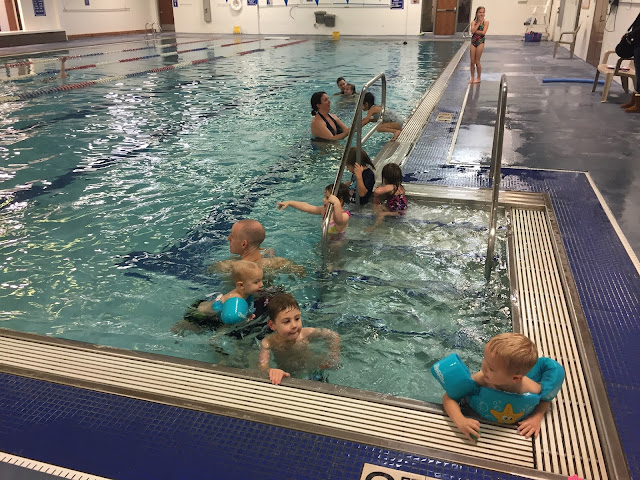 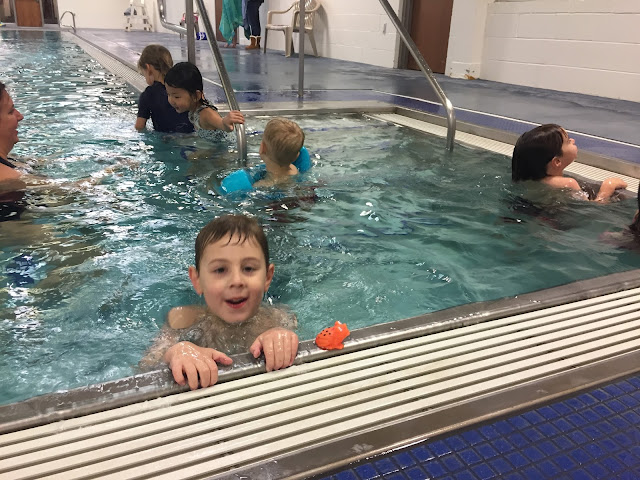 After about an hour or more of swimming everyone dried off and changed to eat dinner and celebrate. We had Jimmy Johns and Costco cake. 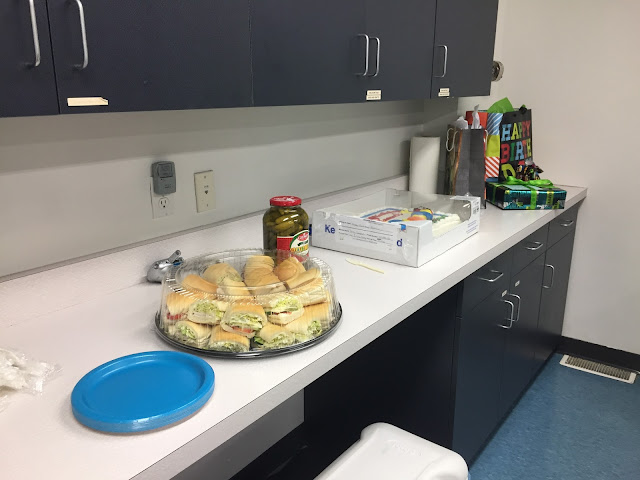 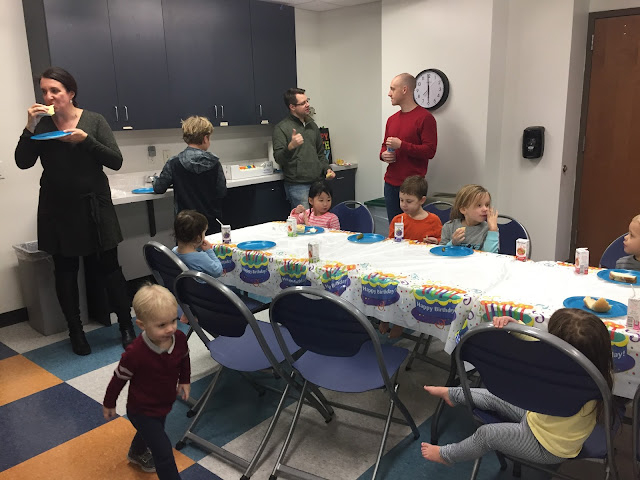 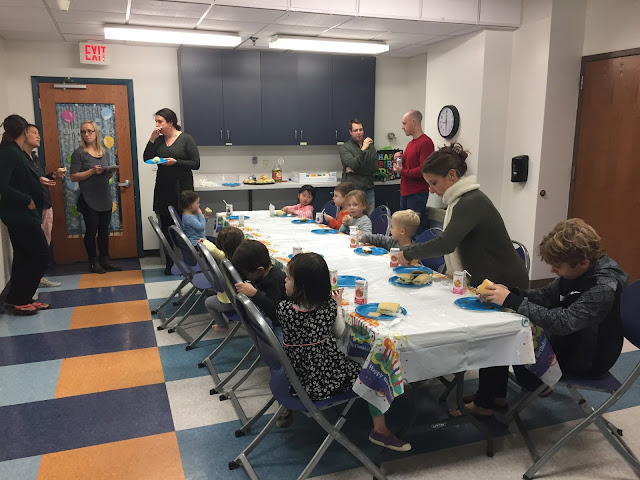 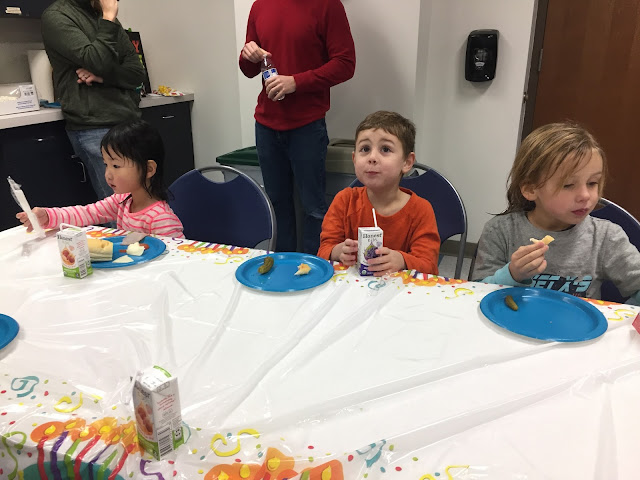 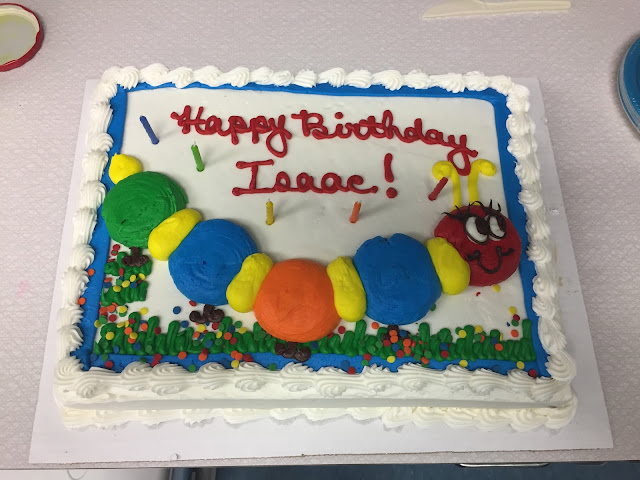 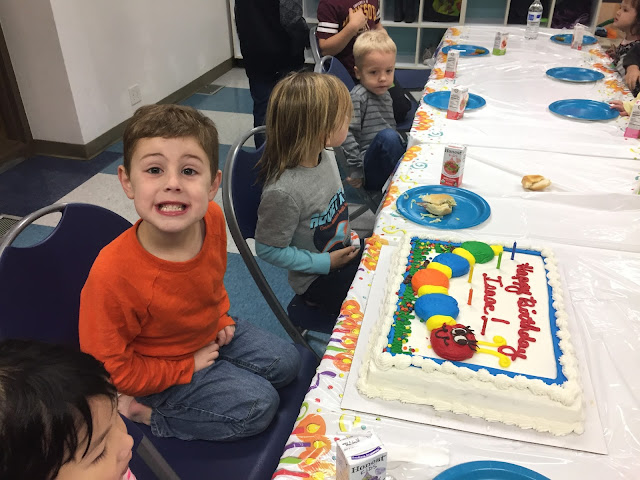 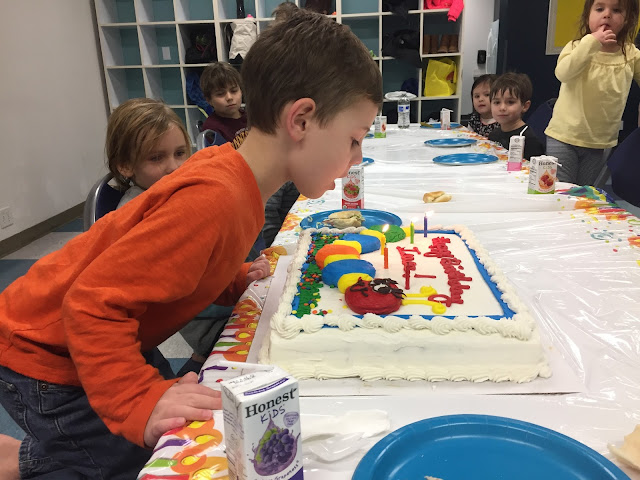 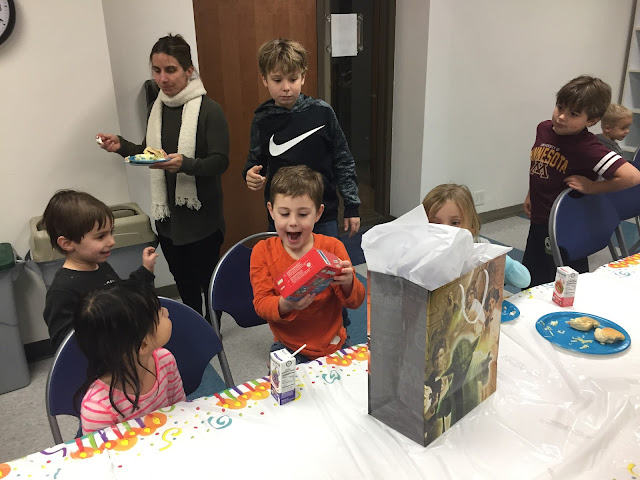 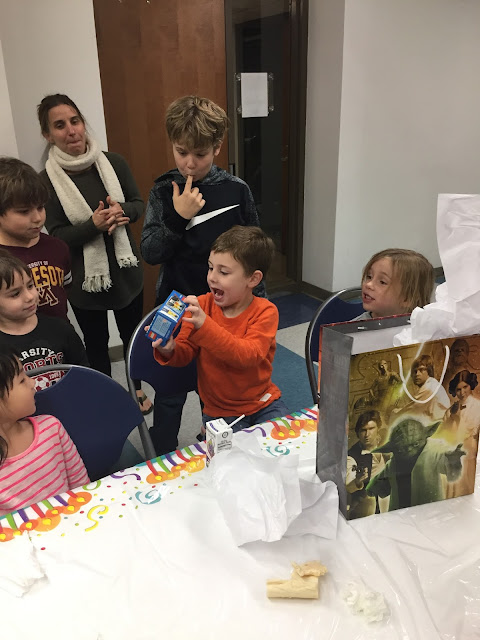 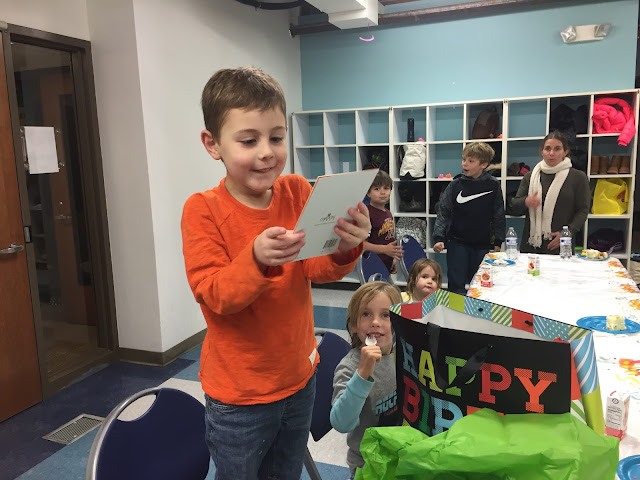 Here's some pictures of Isaac on Saturday digging up the dinosaur egg: (he's actually doing another one right now as I write this blog and try to get it finished while the girls are napping) 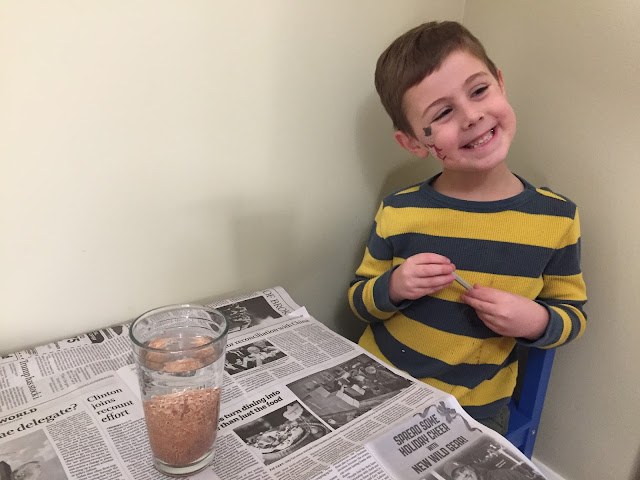 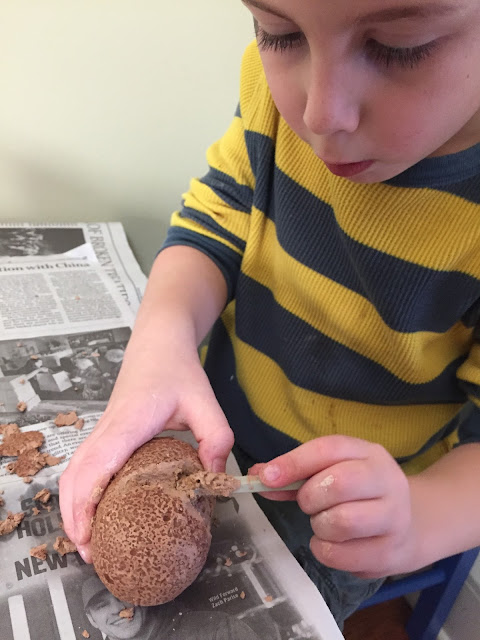 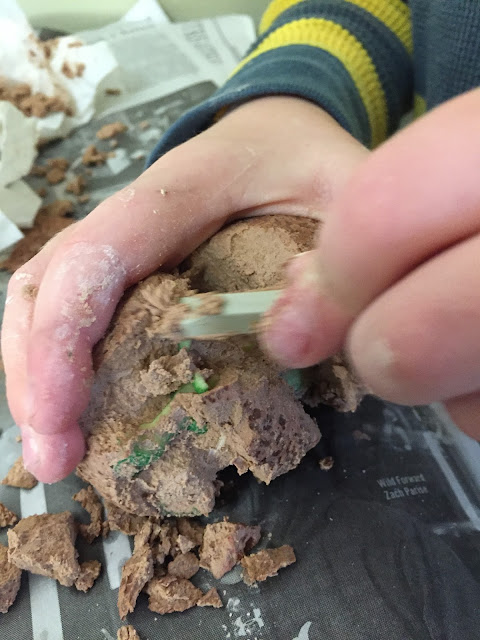 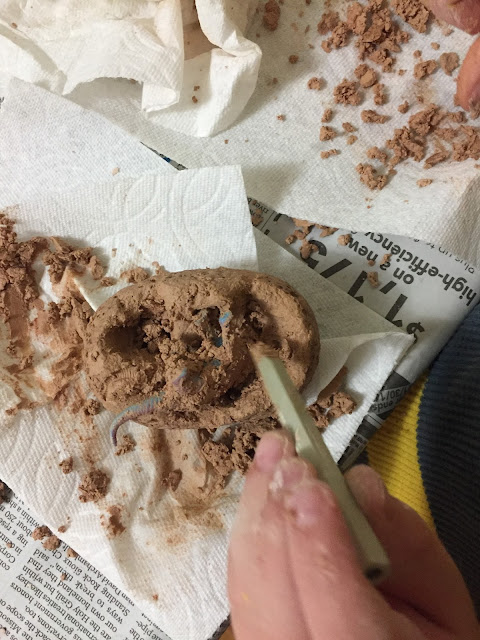 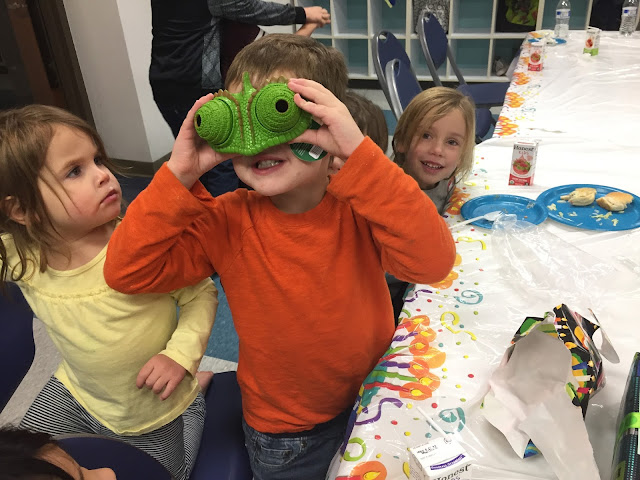 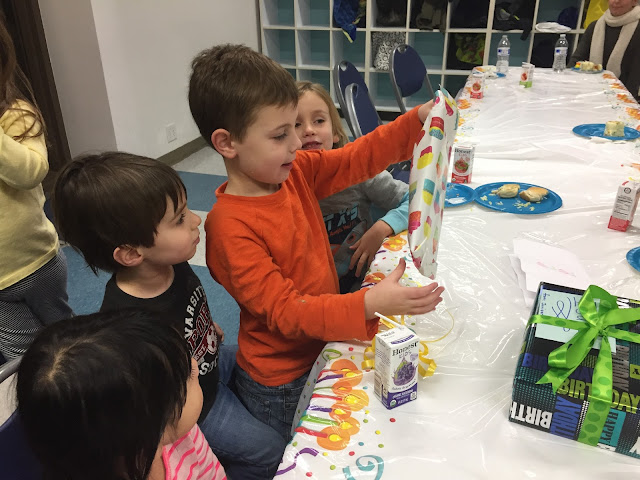 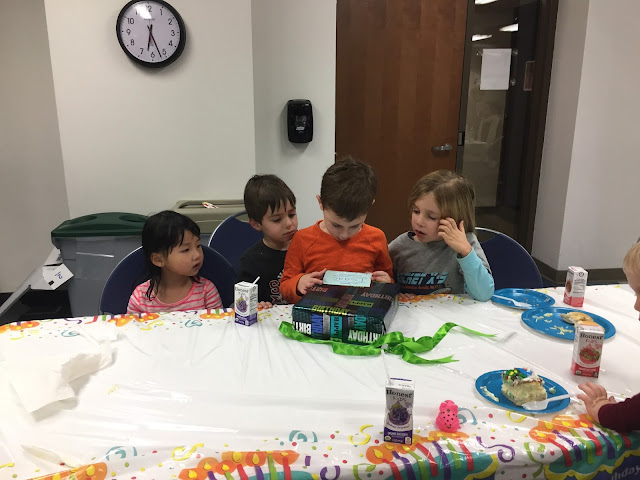 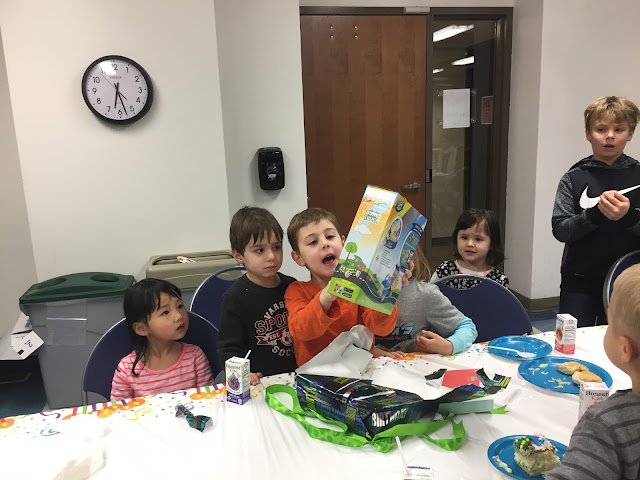 Emma digging into Junie's cake that she was planning to take home to her sister... luckily we had plenty and I gave them a new piece :-) 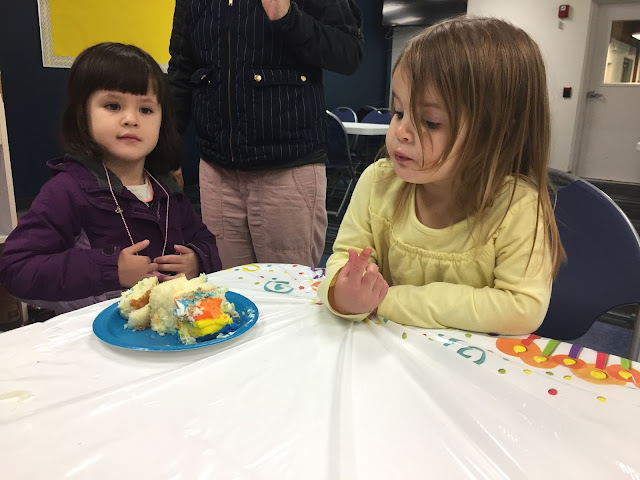 These little guys have been friends for 4.5 years! So cute to watch them grow up together. 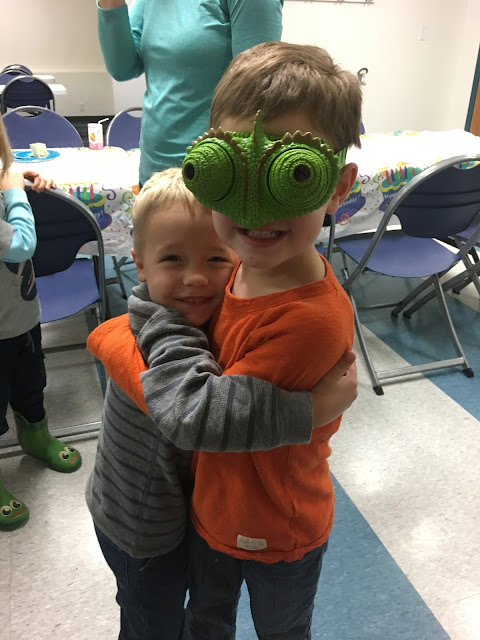 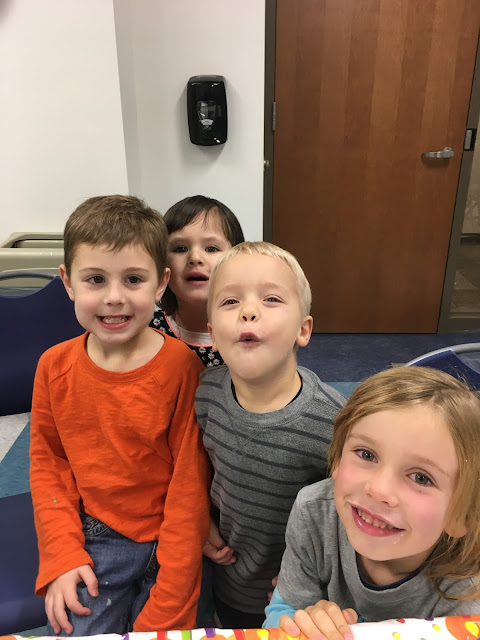 And a picture of mom! Didn't realize til I got home that there weren't any pics of me.. aw well. 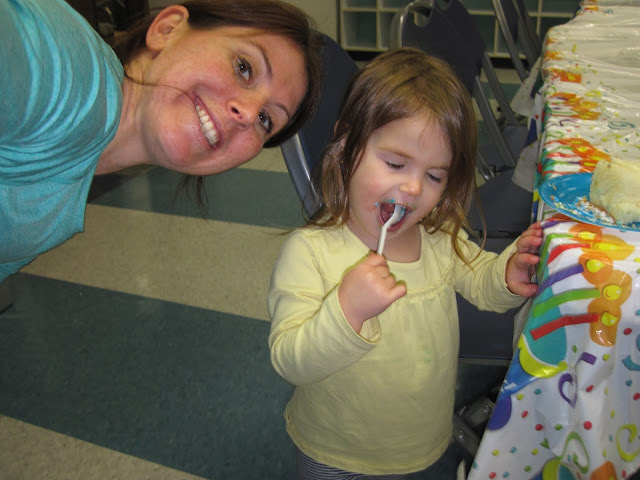