Christmas Eve night we got dressed up and headed to church. 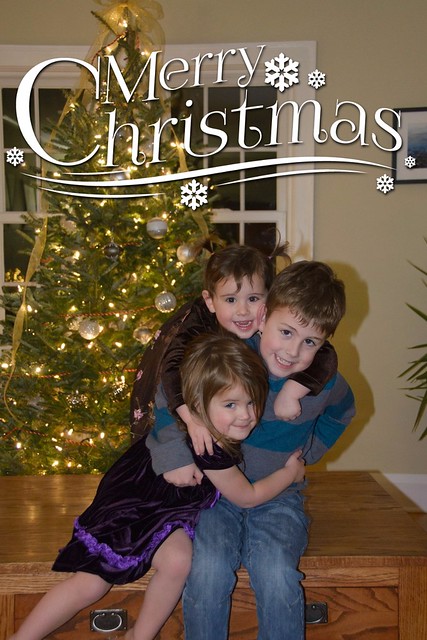 I tried to get some photos of the kids before we left, but Emma had just been woken up from nap and was not the happiest of campers. 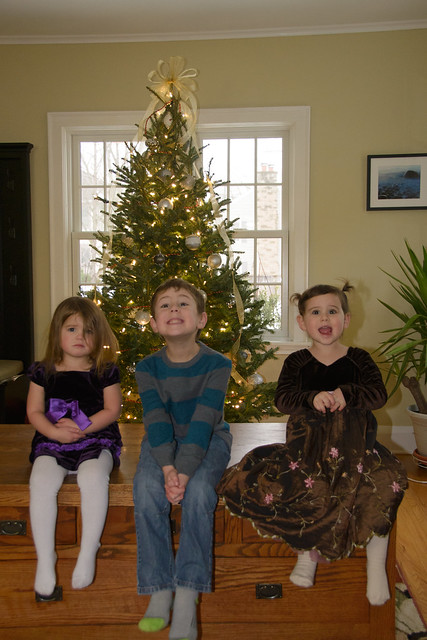 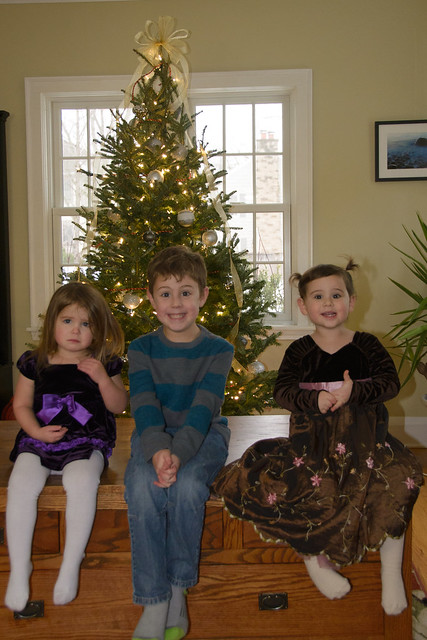 Church was fun, they had coloring sheets for the kids, Mary would shout out her name everytime "Mary" was spoken. 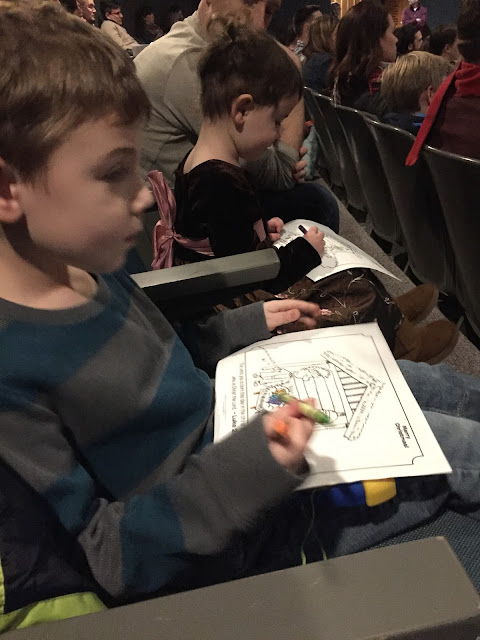 Emma was really into the music. 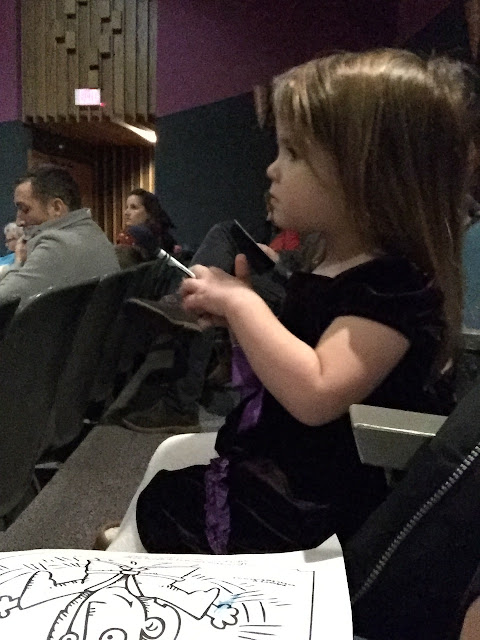 After church we found the ONE place that was open on Christmas Eve. Well maybe not the only one, but pretty much the only pizza place or something we were wanting to eat. This place has GREAT pizza, all organic, local. 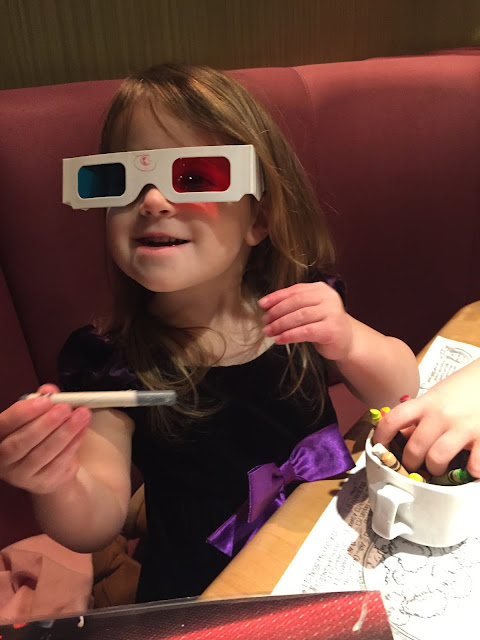 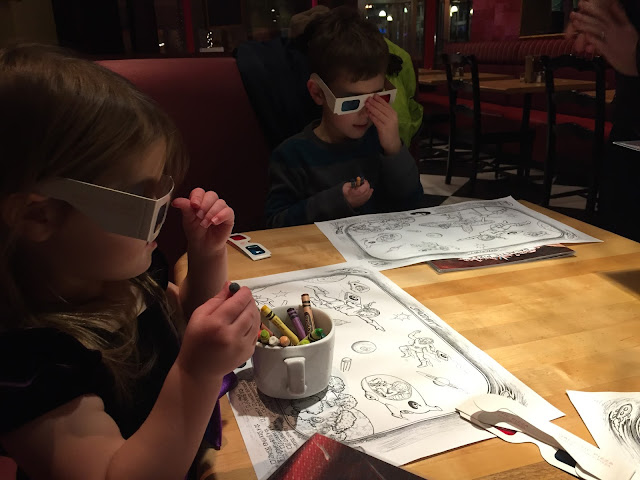 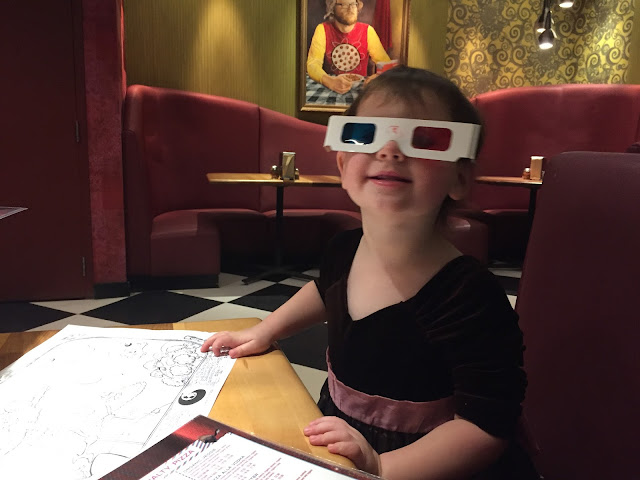 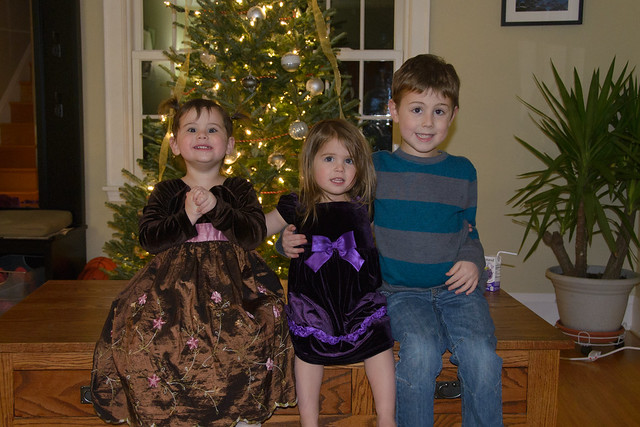 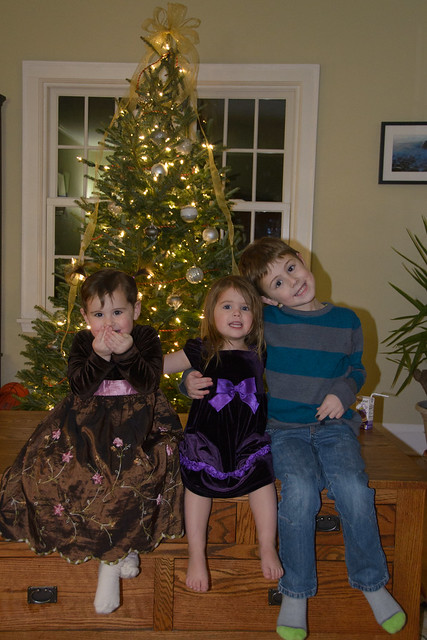 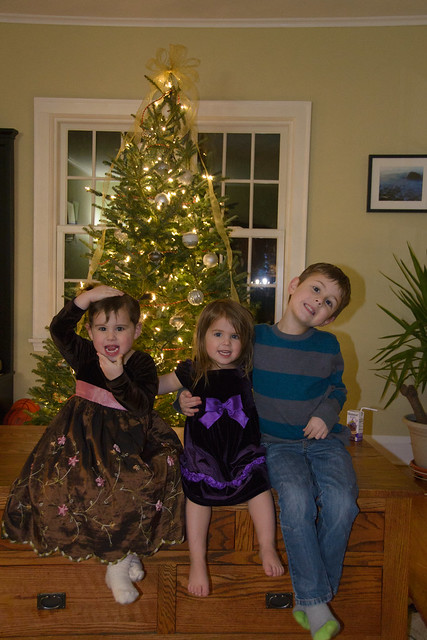 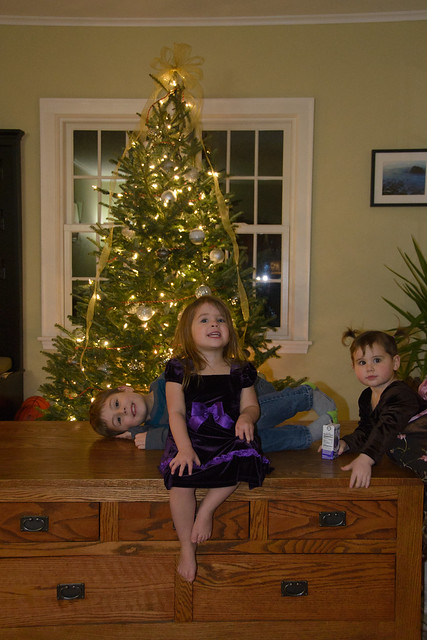 We set some cookies out for Santa, read the Night Before Christmas and got everyone into bed (rather late). Harpo stayed up to meet Santa. 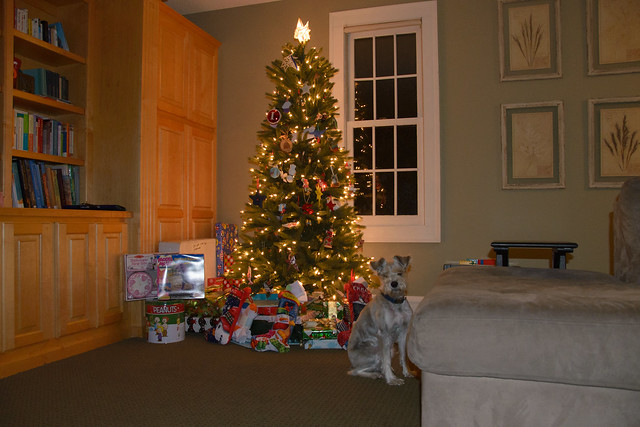 Christmas morning came and the kids were excited to dig into their presents. I had cooked an egg bake breakfast in the crock-pot, but Kyle and I were mainly the ones to eat that. We were able to get some into the girls via spoon feeding while they continued to explore their toys.

I decided to do the interval shooting like last year and had that set up the night before. Not the happiest with the location, but maybe I'll mess around with it next year. I didn't take too much time on it this year. There were a total of 379 photos so I had them flip through a little faster this year so it's not too long. Here's the video I made with Window's Movie Maker.


Didn't get too many separate photos of present opening. 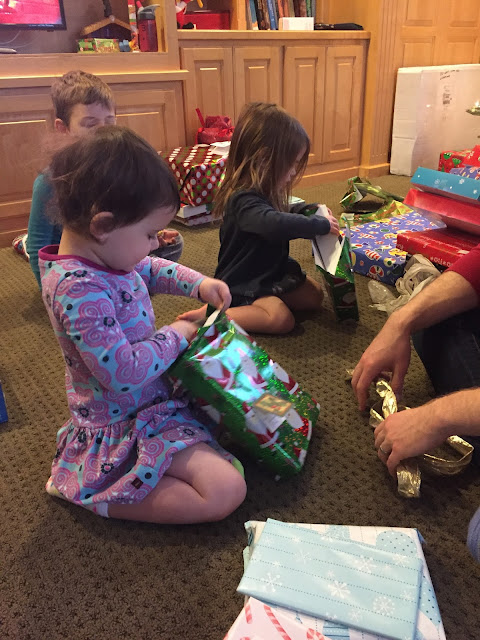 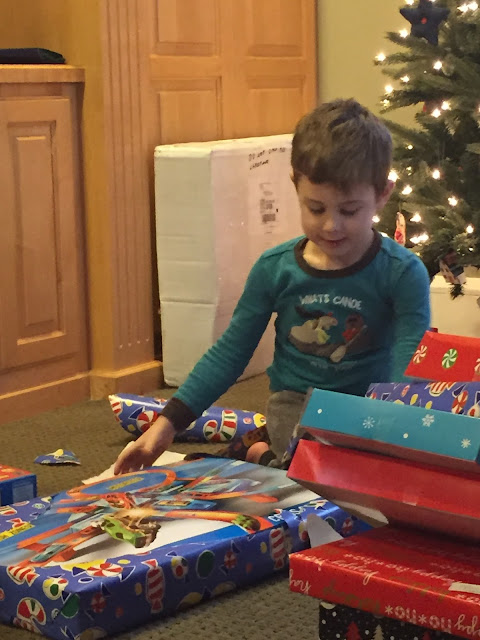 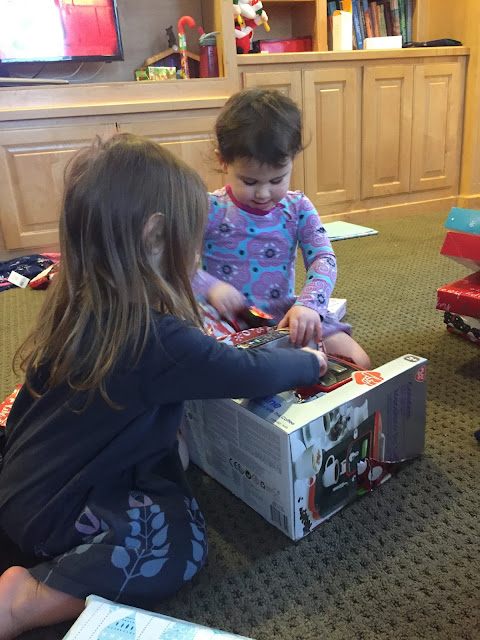 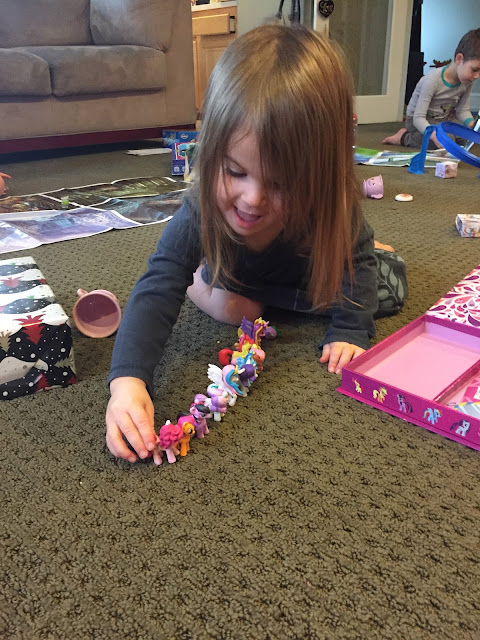 Mary and her beloved popcorn, pretty much all they ate for two days. And you can hear Isaac in the background talking to Alexa... (our new Echo)

On Monday we went to the mall to look for a few things. We picked up some batteries for Isaac's new track. It was our lucky day because we got them free from Brookstone. The woman said "Lucky you they are ringing up as $0.00 for some reason, have a nice day" Okay then. 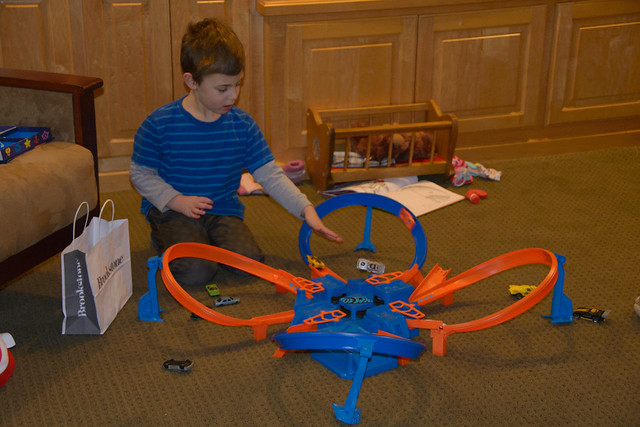