Thursday, December 22nd we headed downtown to see the Santa Land set up on the 8th floor of Macy's. Macy's announced they were shutting down or selling so I think everyone was in a tizzy thinking this was the last year of Santa Land. That was never announced so who knows, maybe the next owners will head it up next year. Anyway, with that being said it was SOOO much more crowded than previous years when we've gone and enjoyed practically the whole place to ourselves. Our other mistake was waiting too long to go, we should have gone before Christmas week. Anyway so we had to wait in a nice LOOOONNNNGGGG line, which is really fun with two 2.5 year olds not contained in a stroller. 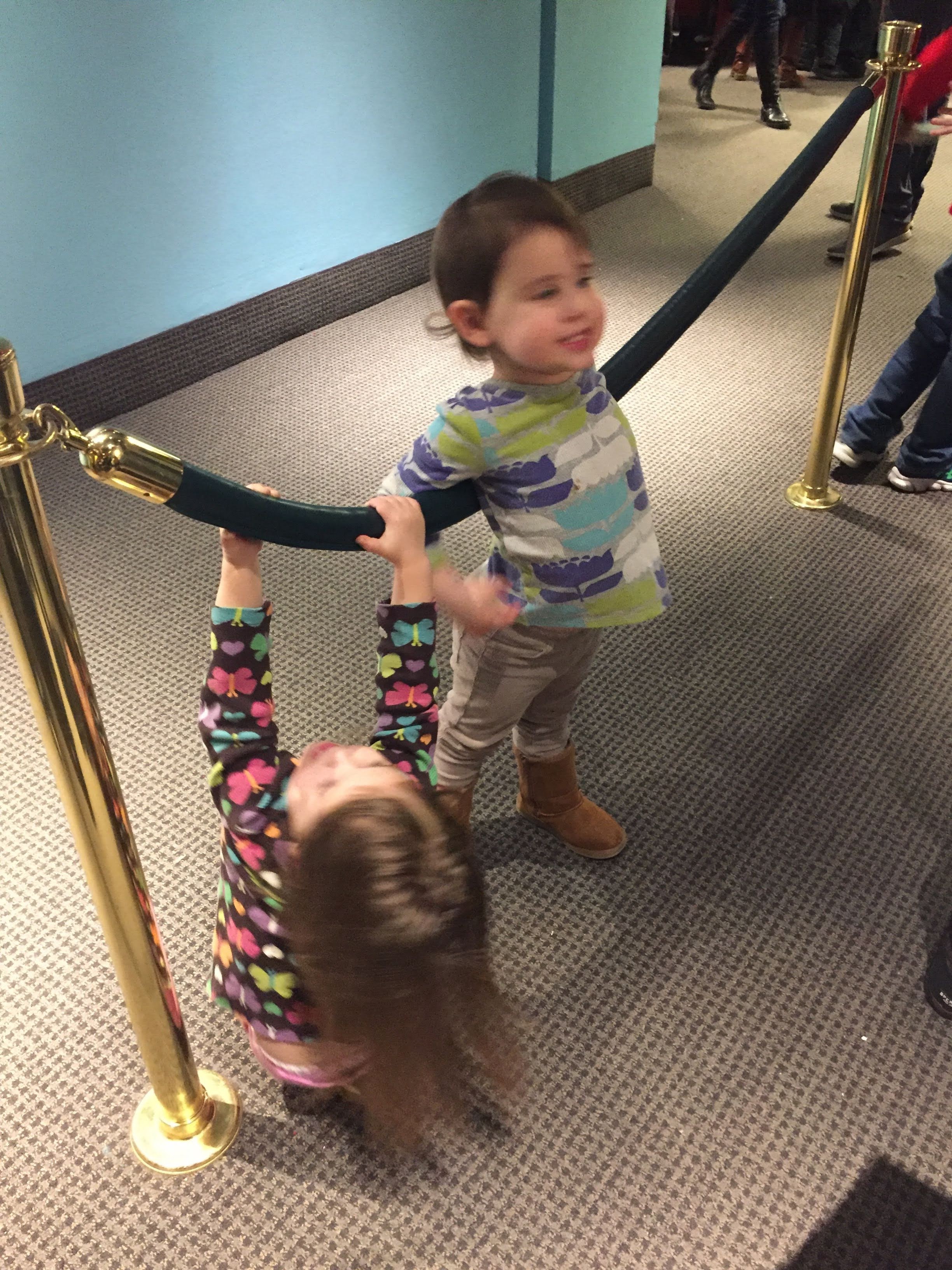 They enjoyed their rare freedom. 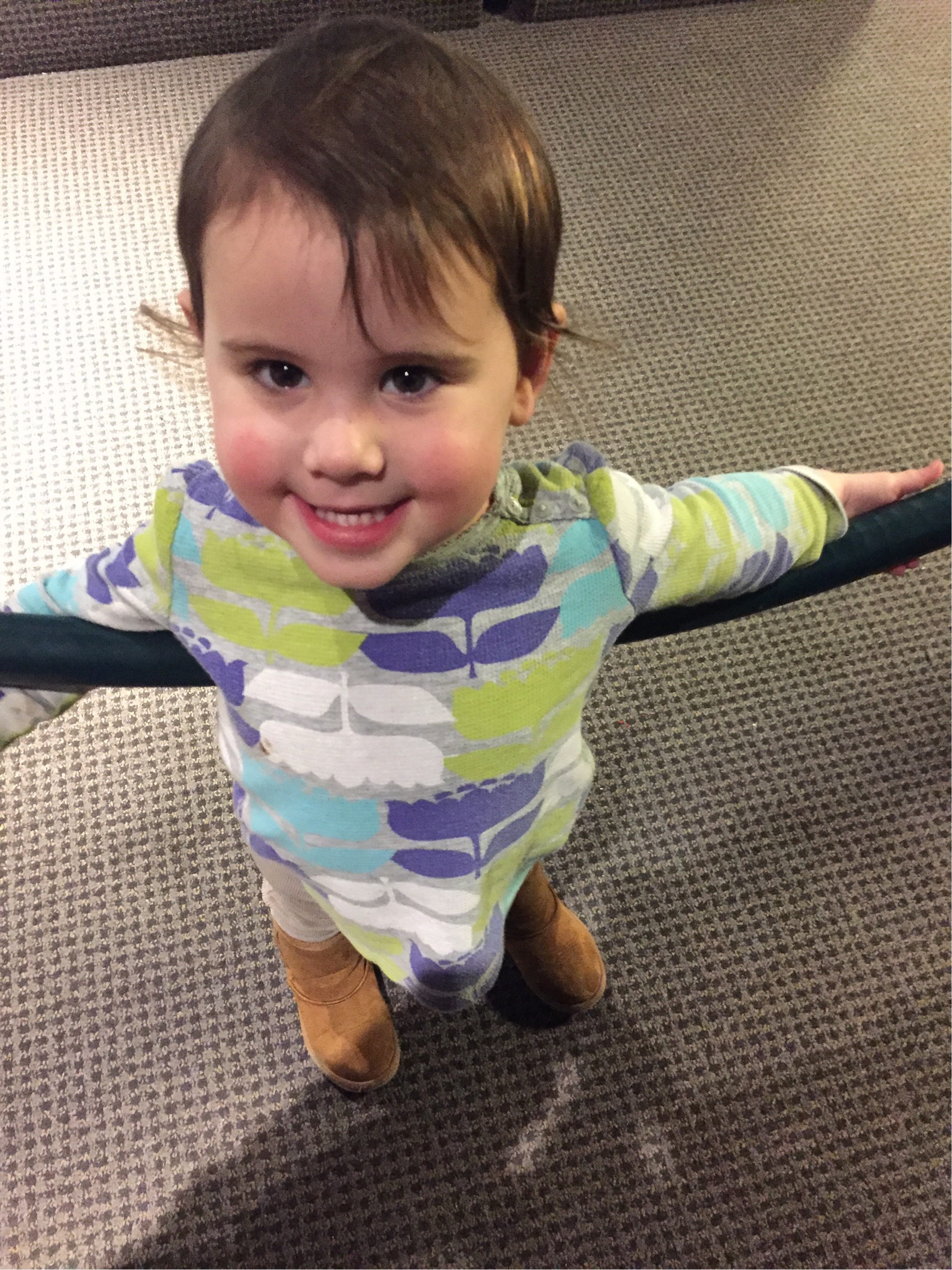 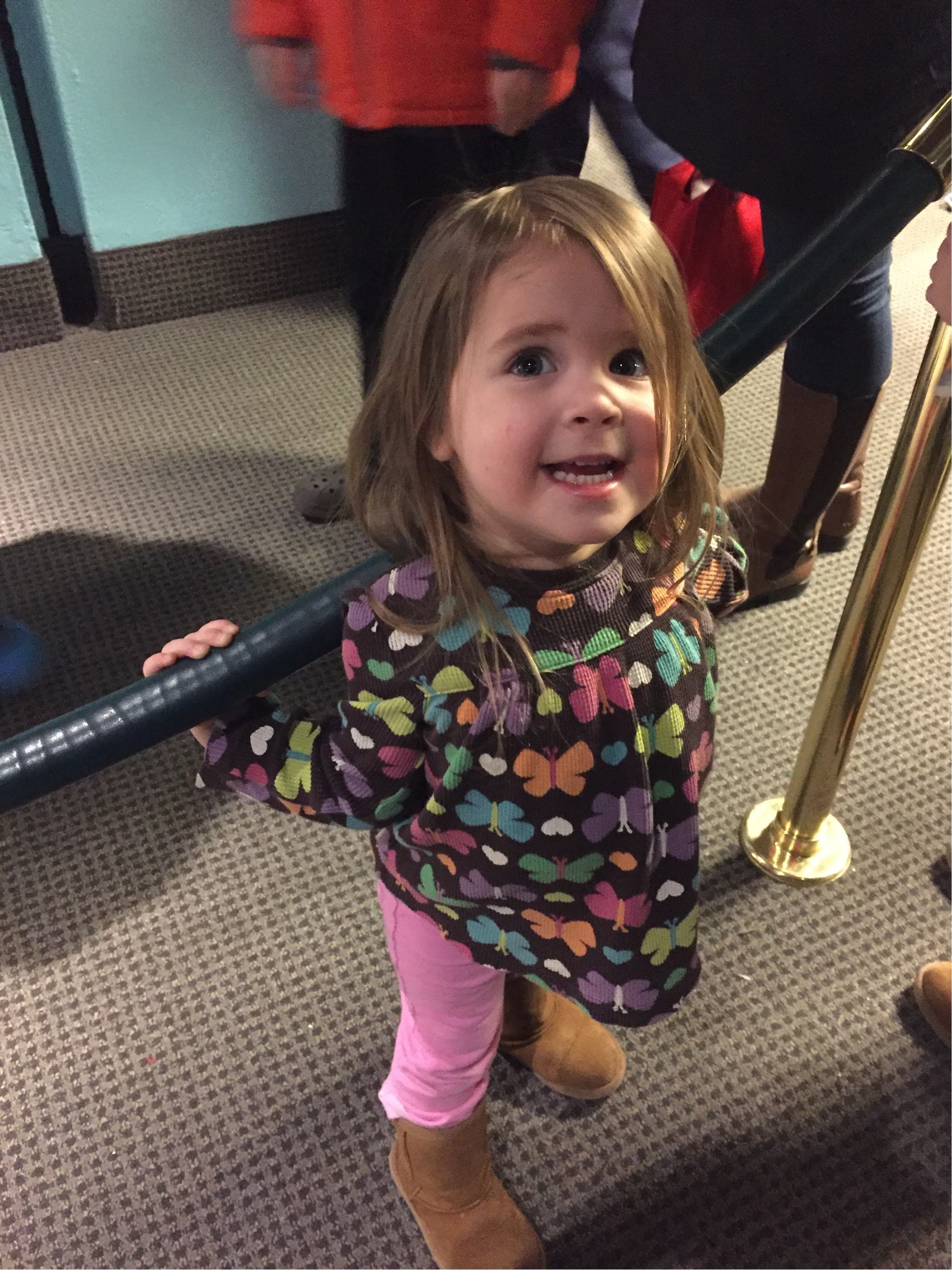 We finally made it to the front of the line and had to hit the bathrooms before going in to see the displays (which is the same as all the other years we've seen it, but the kids are a different age so it's all new to them) 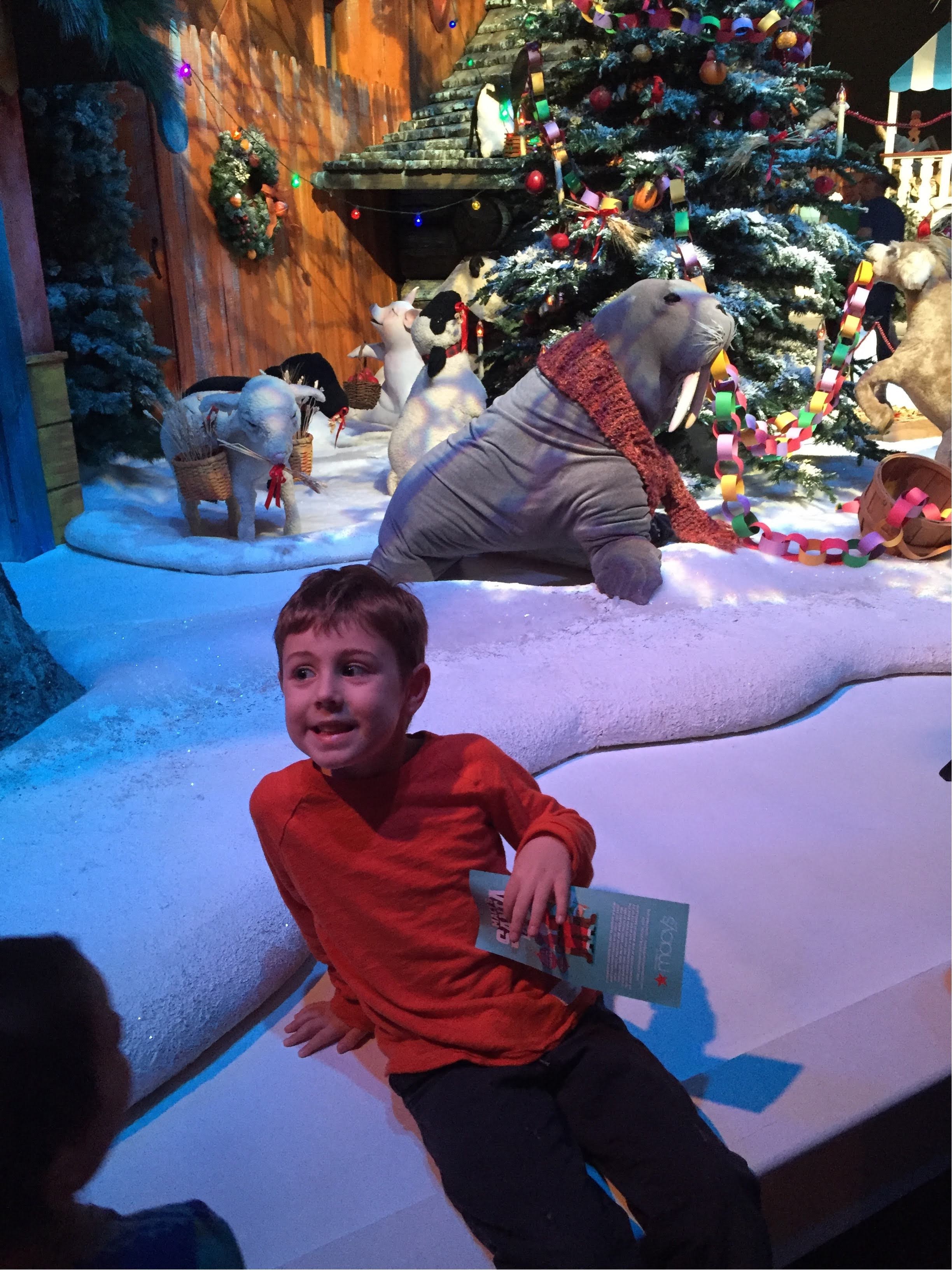 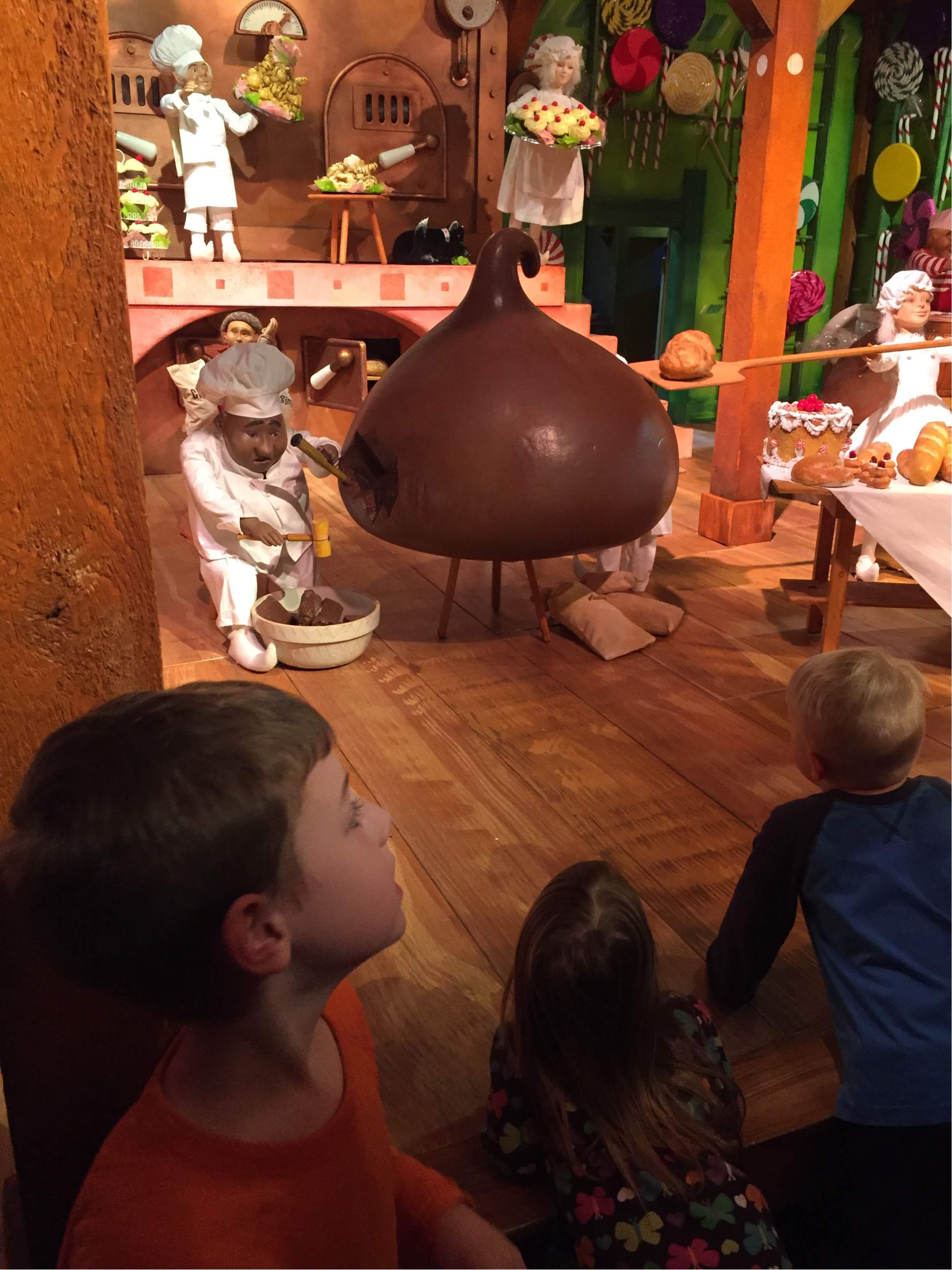 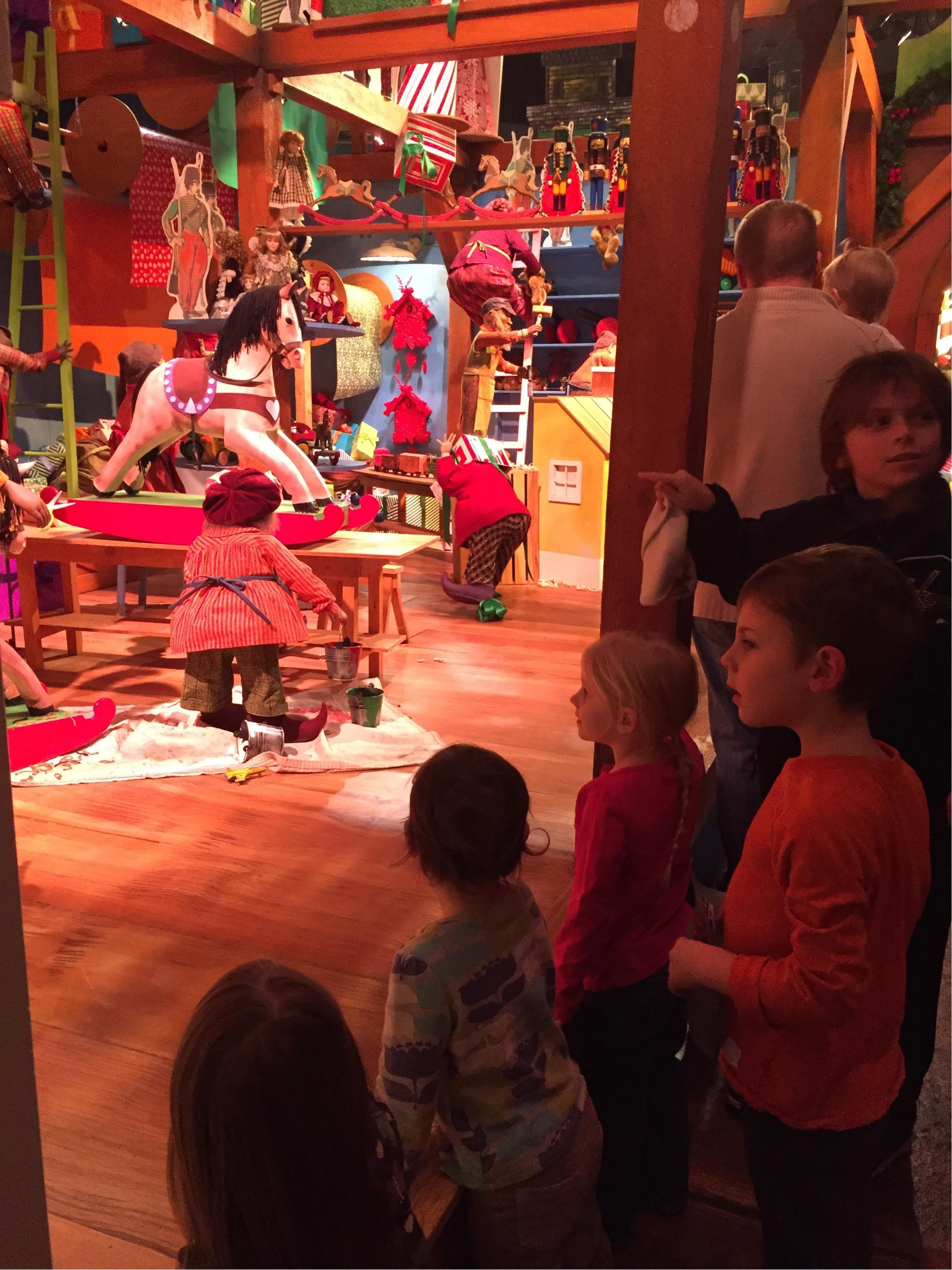 We made it through the 'Day in the Life of an Elf' and there was a spot to write Santa a letter. We did not bother with the line to see Santa since we got to see him a few weeks prior at our realtor's holiday event.

This photo is from then: lol 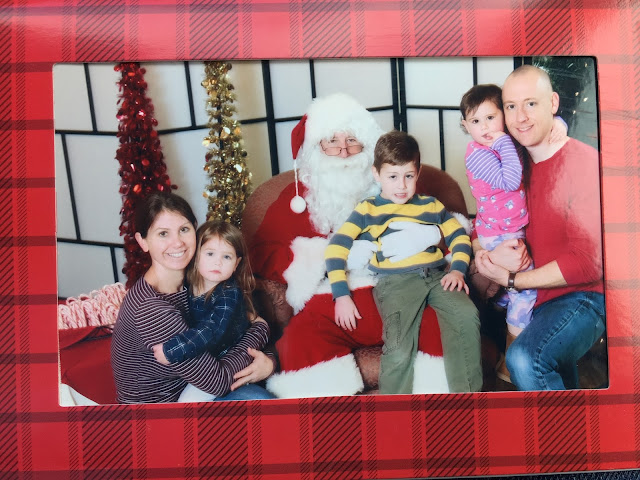 So the kids sat down to write Santa a letter. Here's Mary refusing to move from the middle of the walking isle. 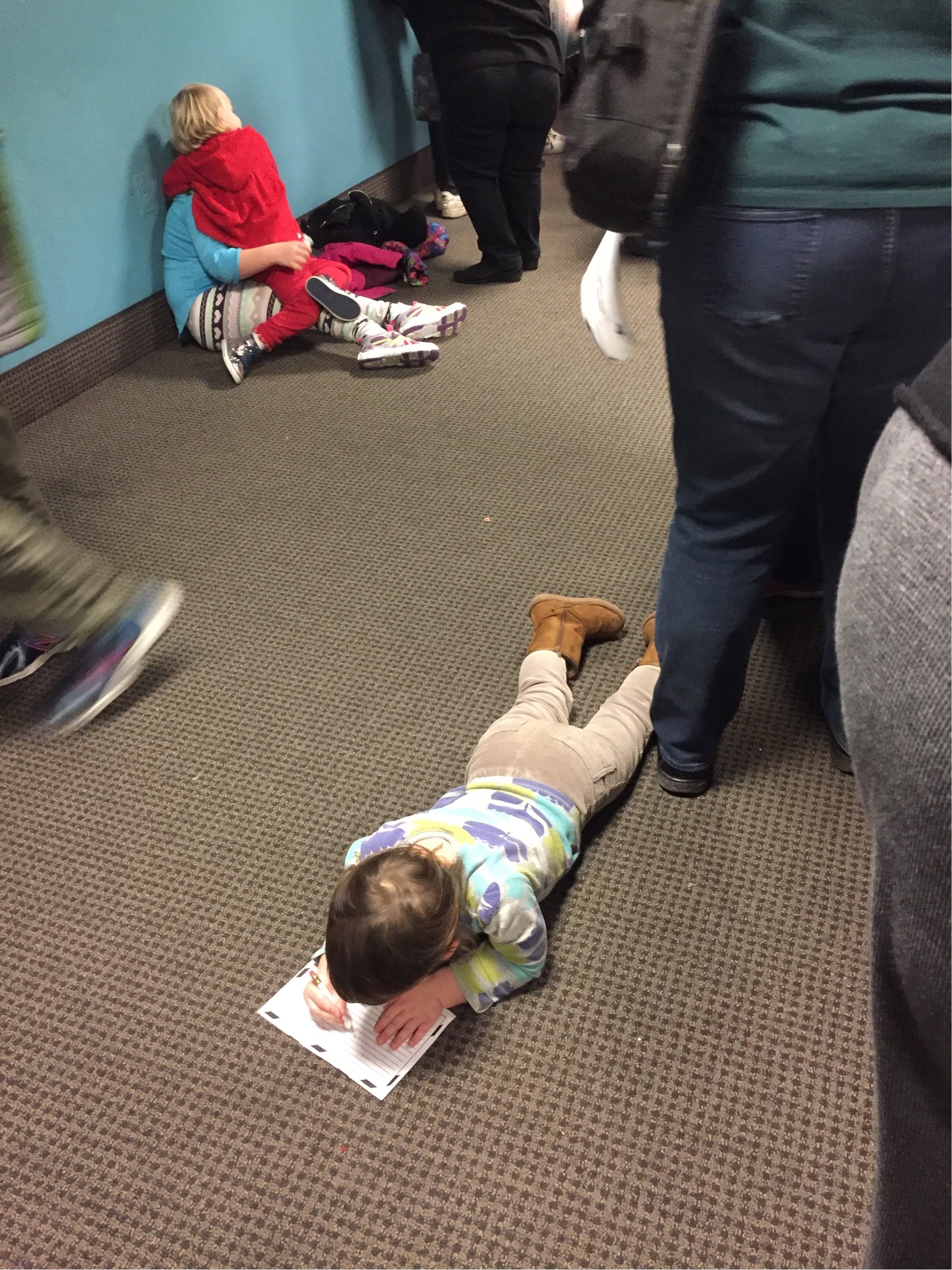 Isaac and Emma getting started. 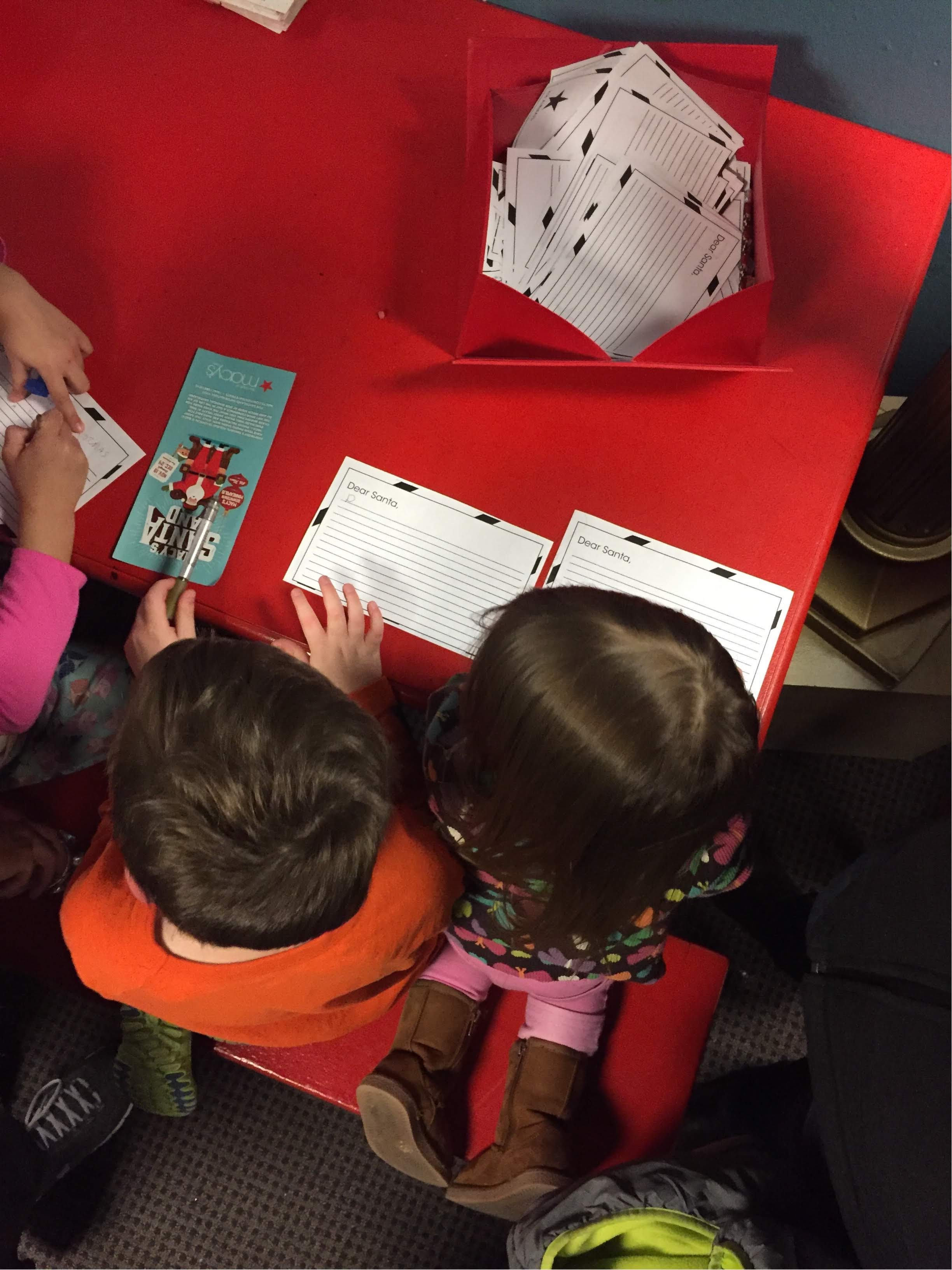 Eventually did get Mary moved out of the way. 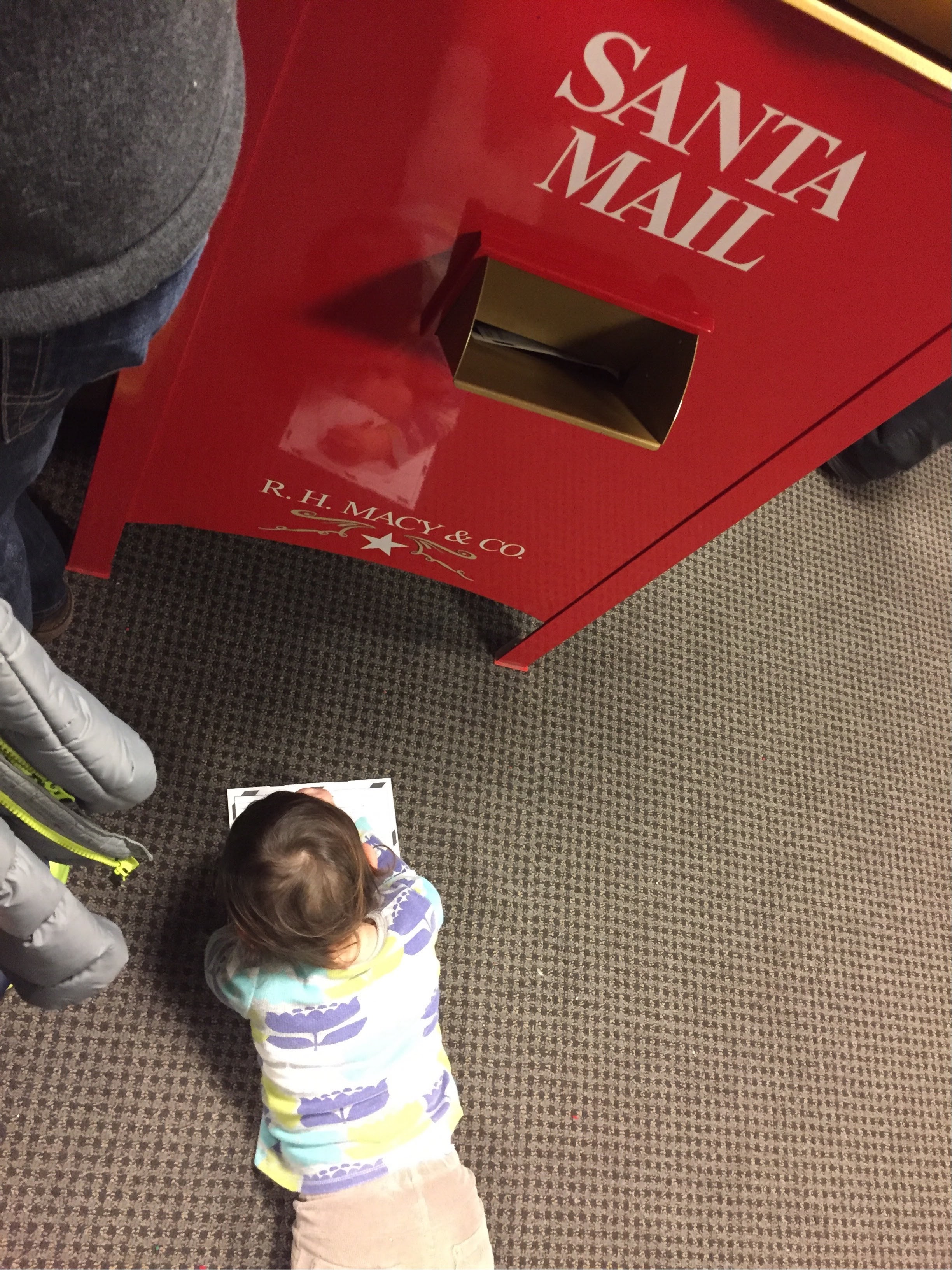 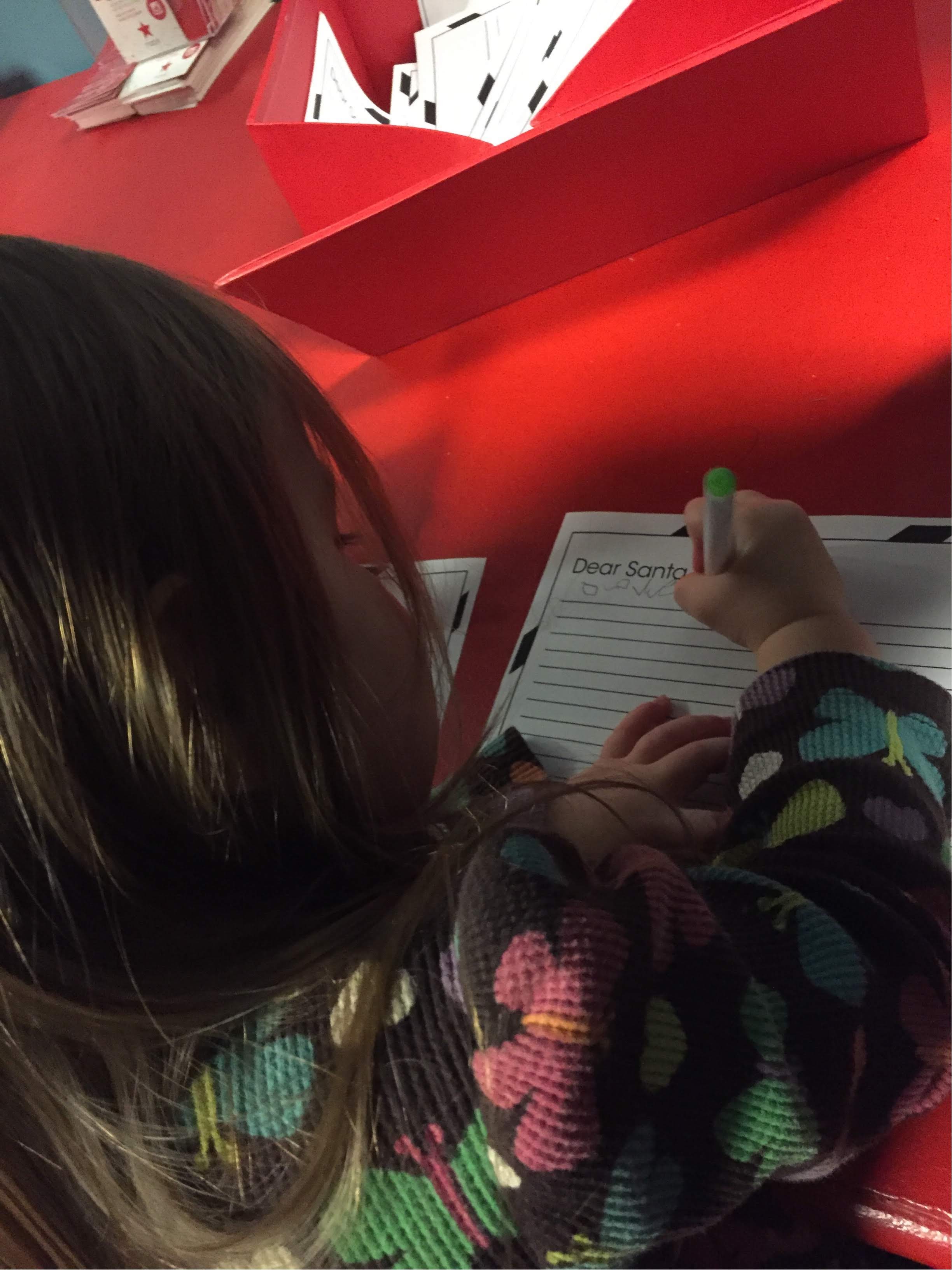 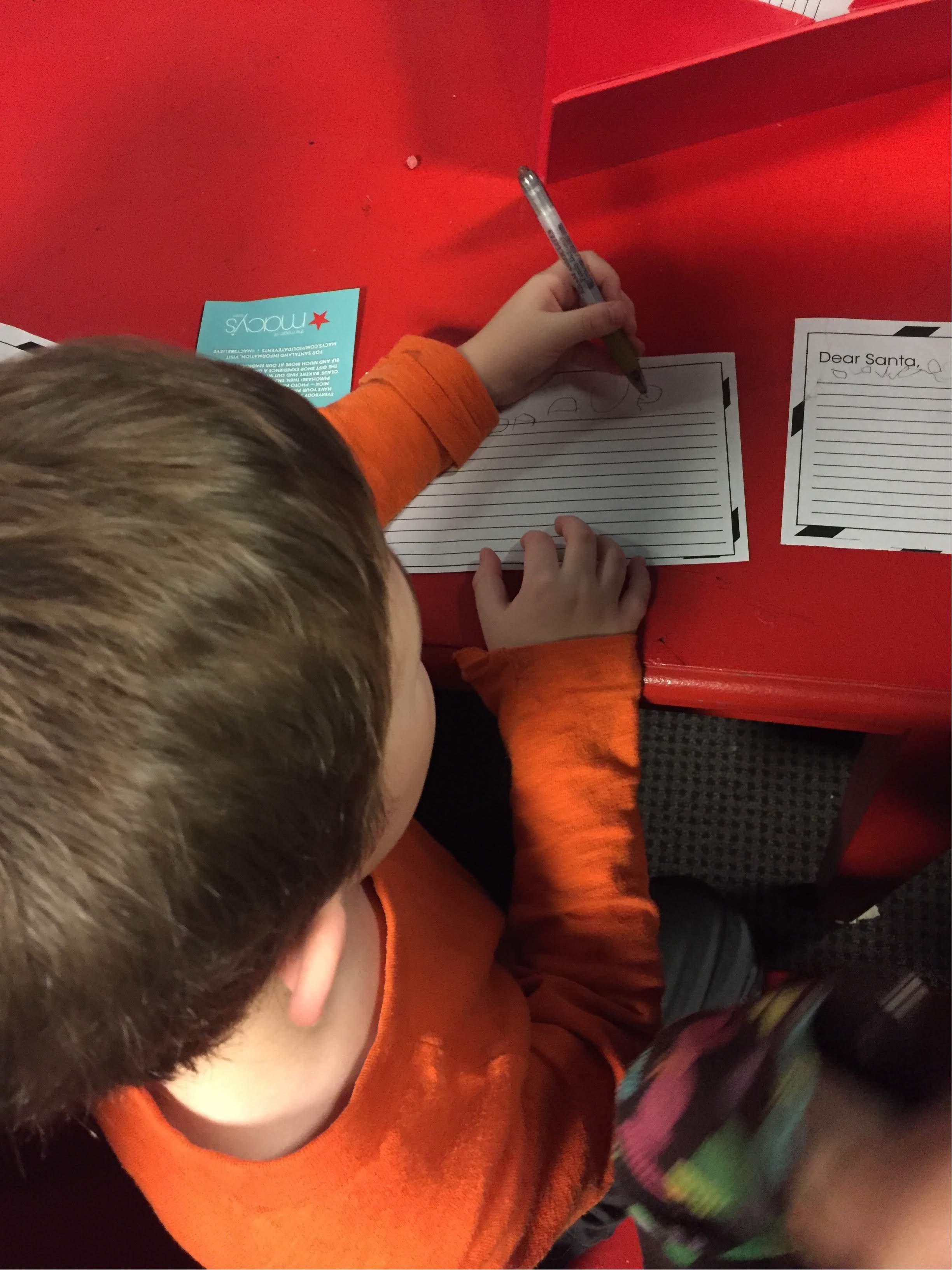 Time to mail the letter! 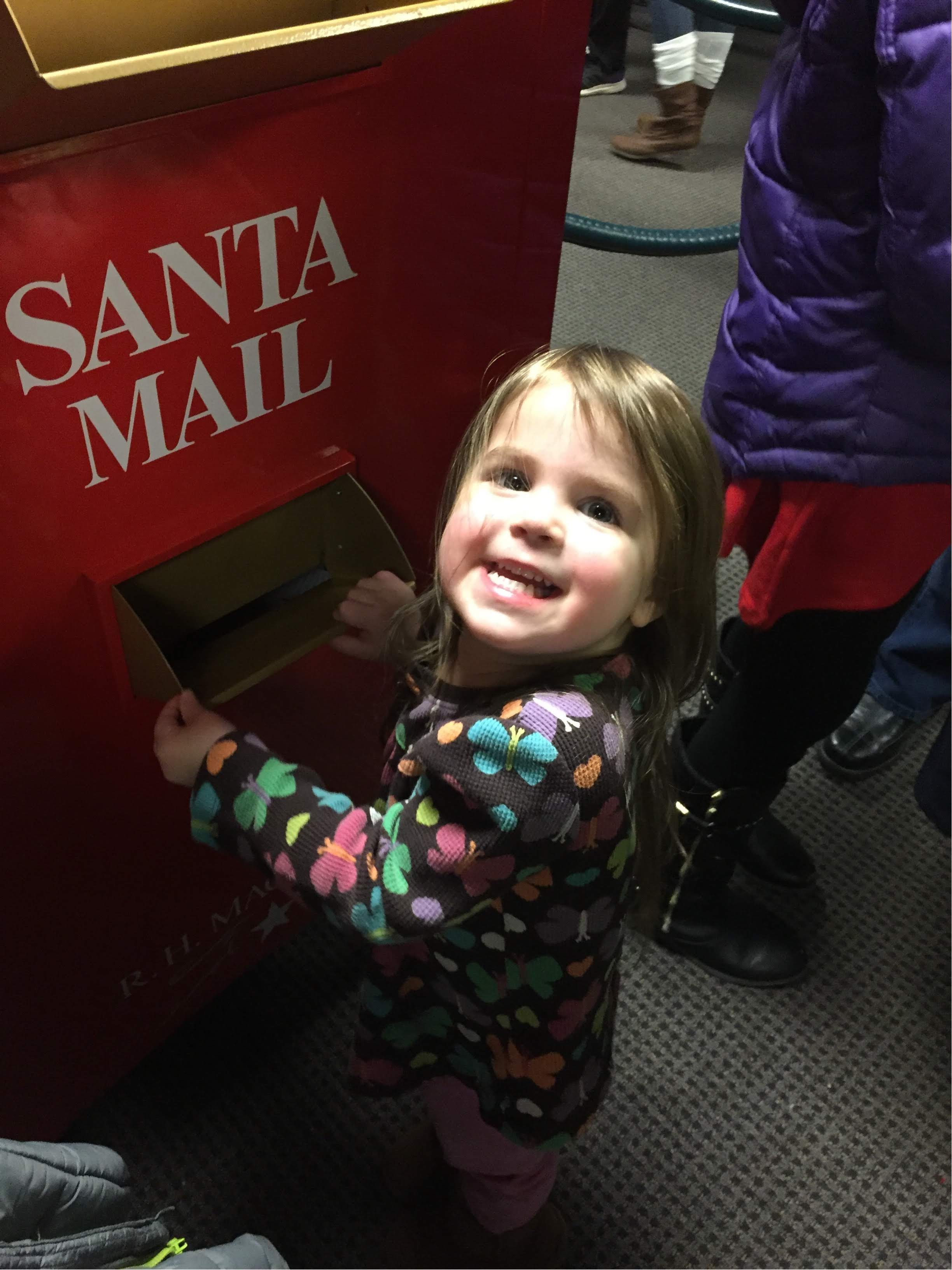 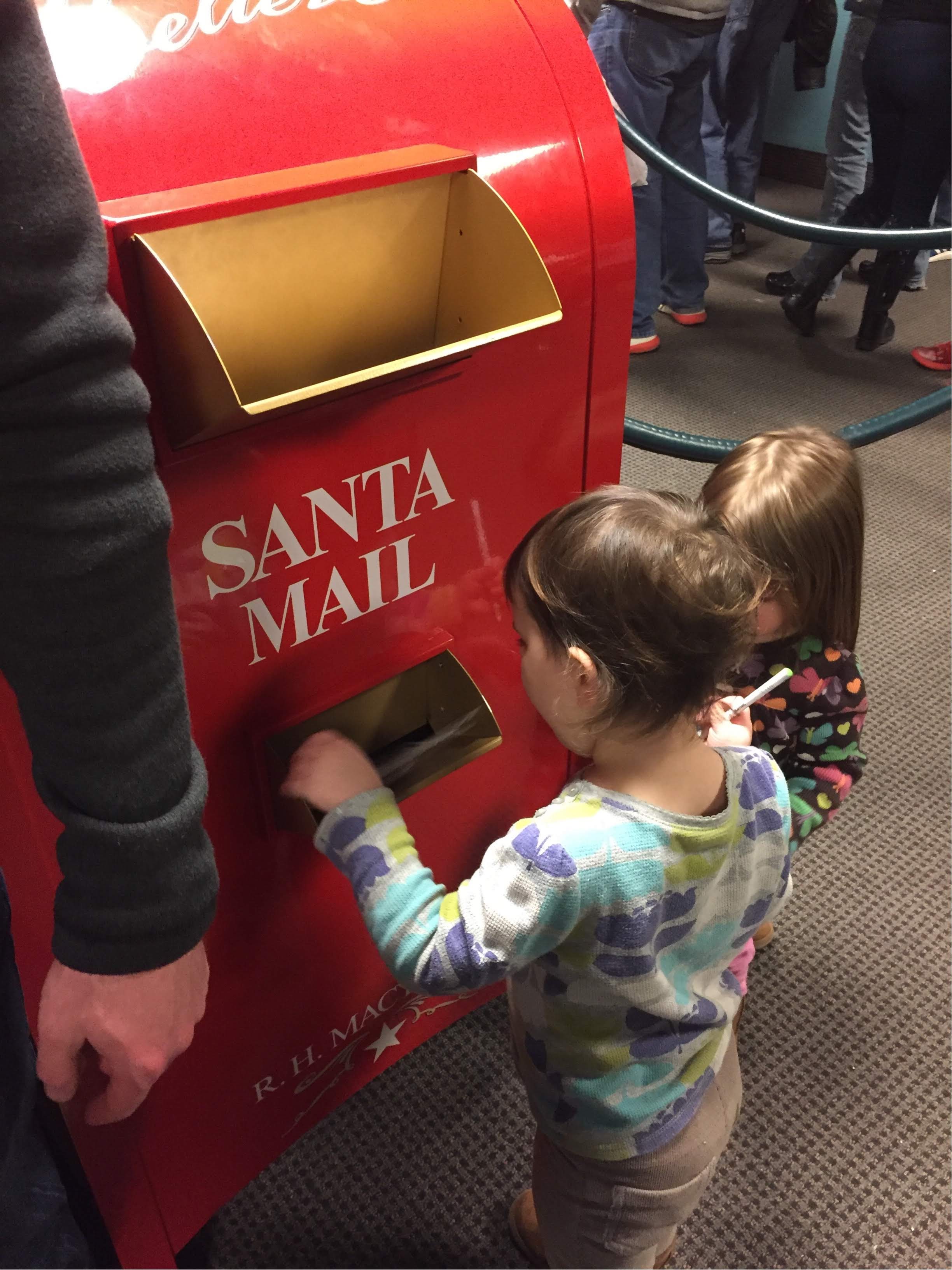 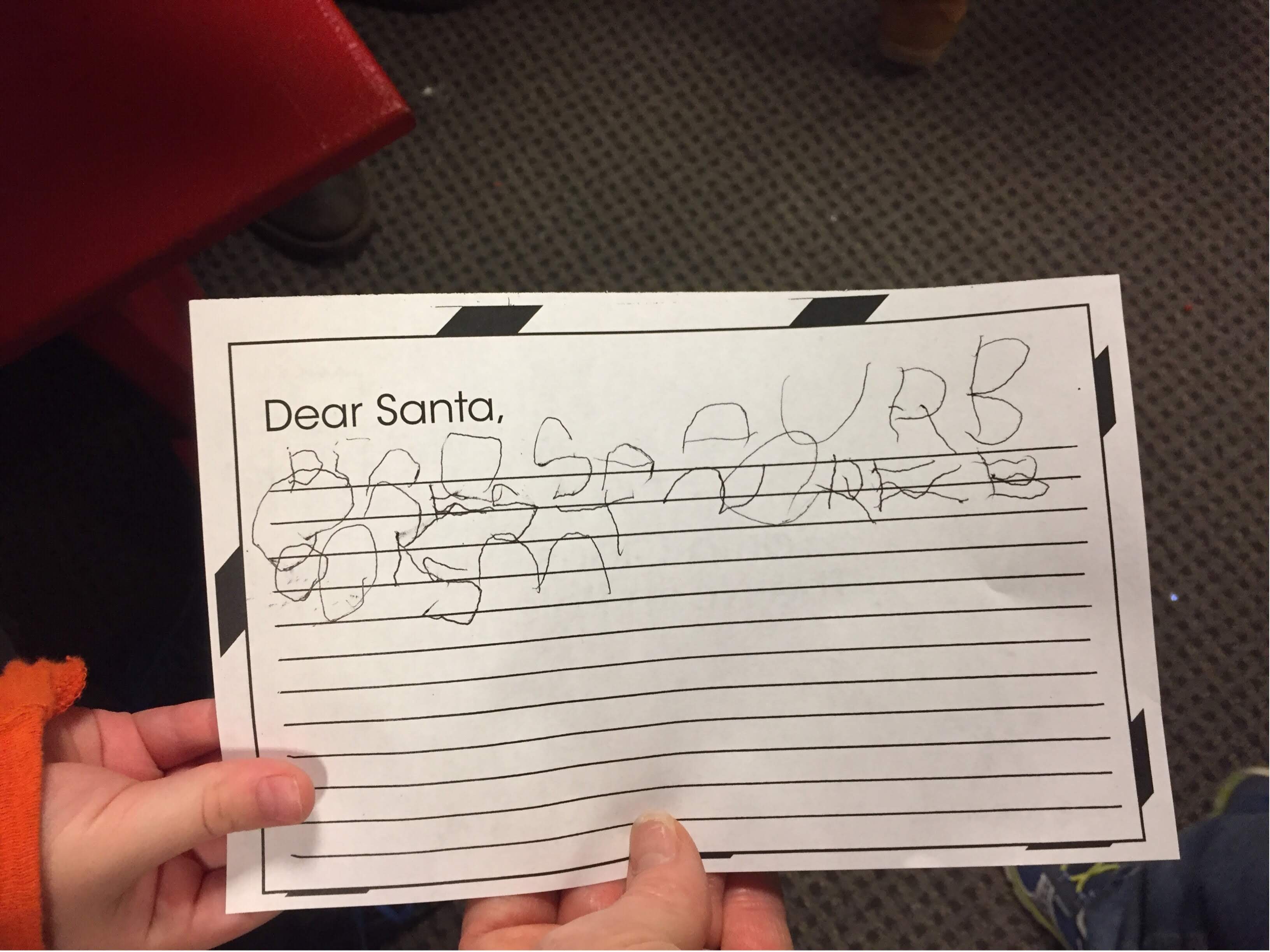 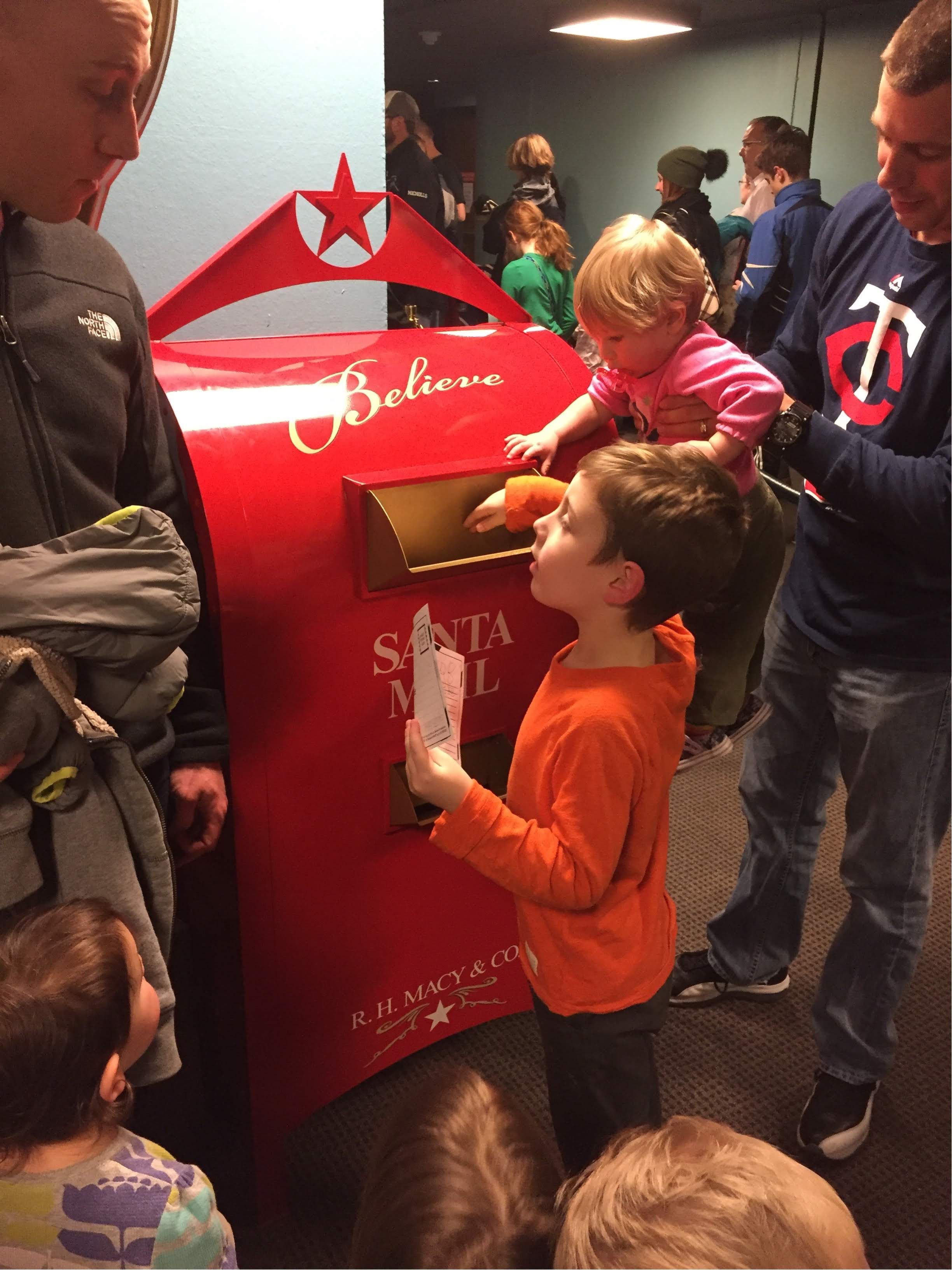 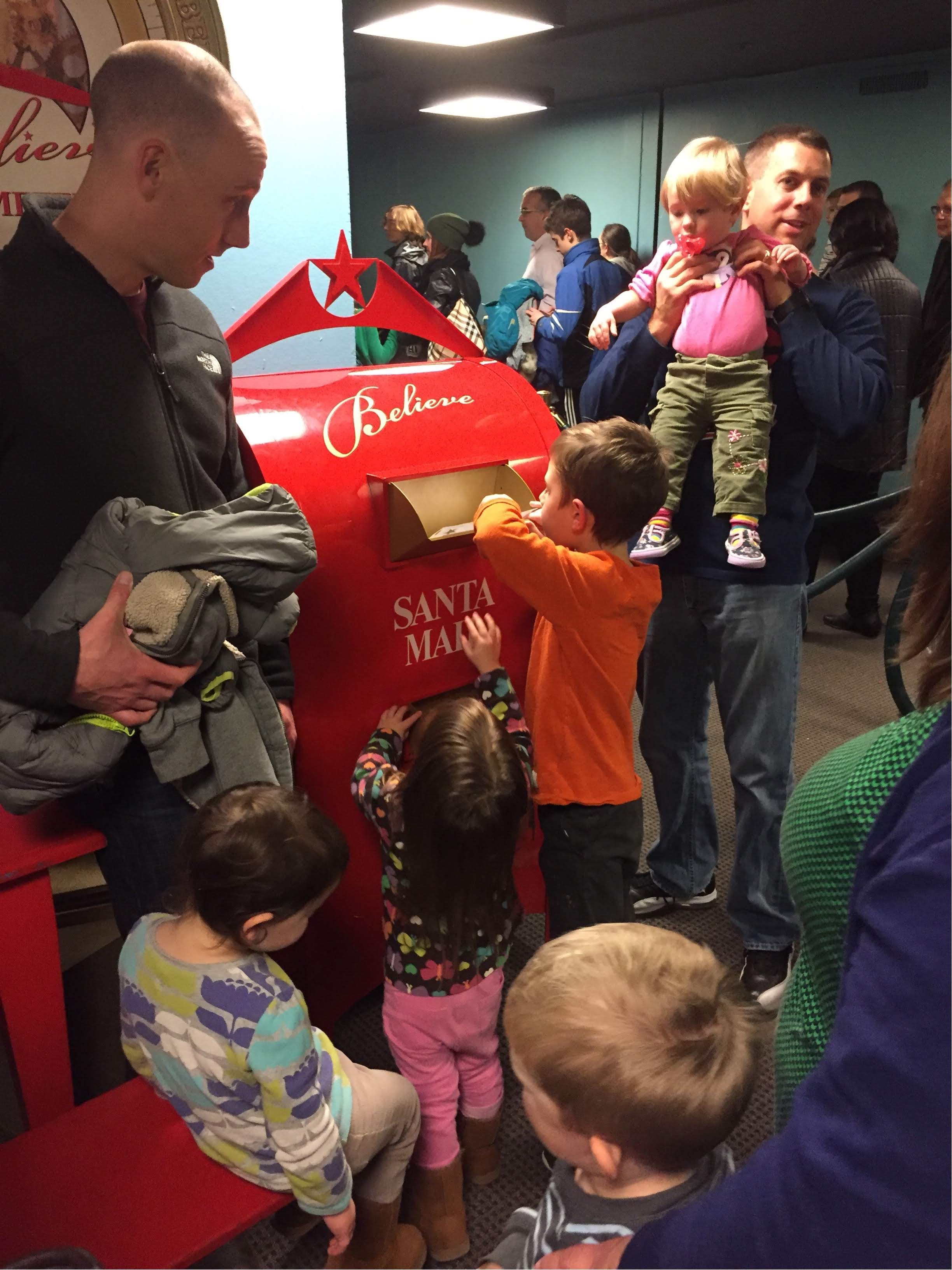