We went to the annual twin day at Target Field yesterday. Unlike last year we made it there in time for the pregame parade of twins around the field. We got there about two hours before the game started, grabbed some nachos to eat because we were all starving after church, then we went and waited in line for half an hour for the parade which started at 12:20.
Isaac's hat is too small now, but Emma enjoyed wearing it. 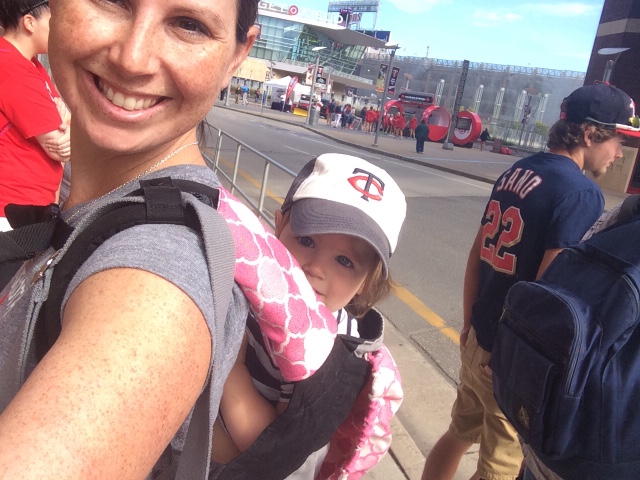 We were early enough to get little banner flags. Isaac declined getting one from the people handing them out because he wanted to get one from the Target dog. 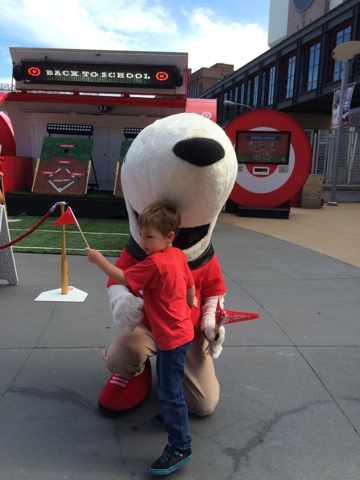 Here we are heading out onto the field for the parade 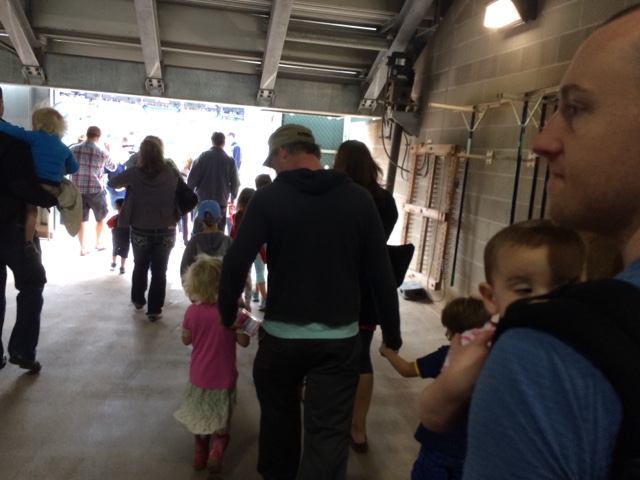 It was pretty fun getting to see the stadium from a different point of view. 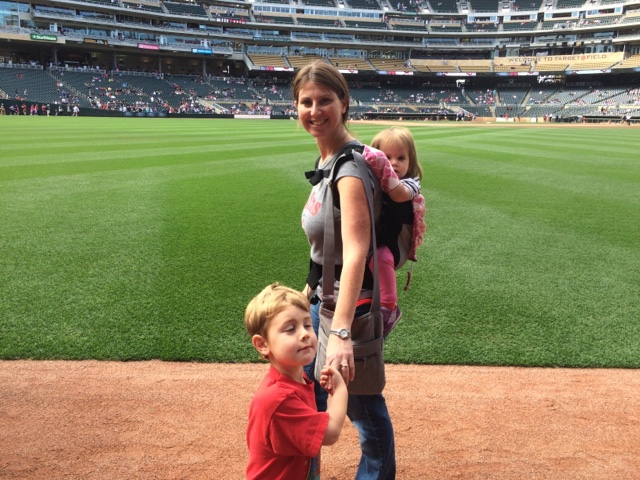 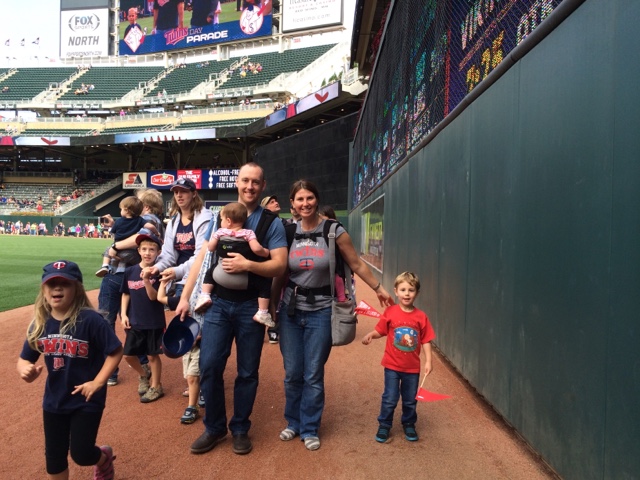 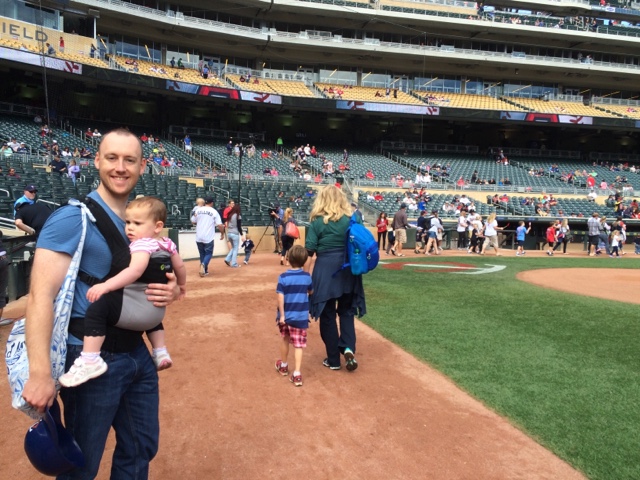 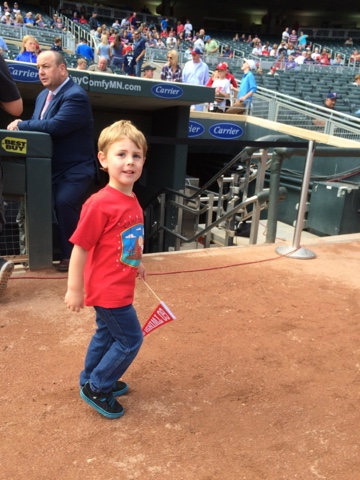 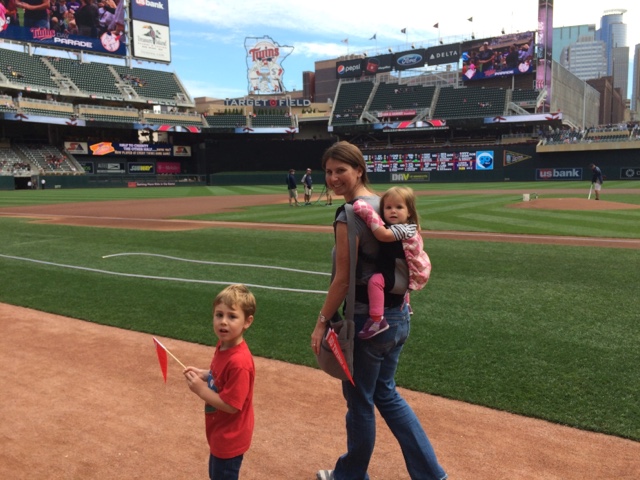 We had to, of course, get some photos in front of the Cargill sign. 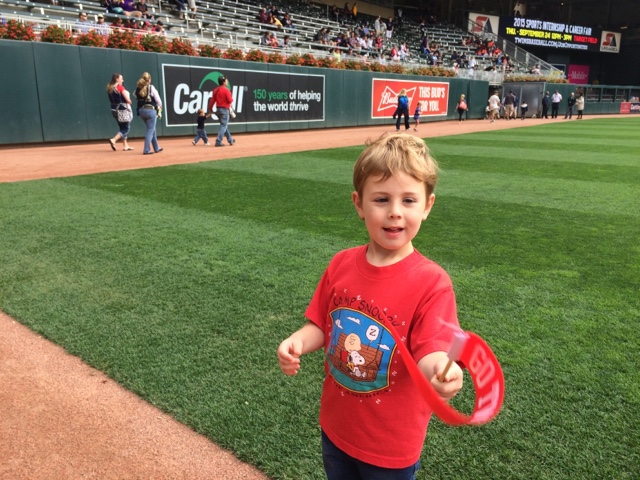 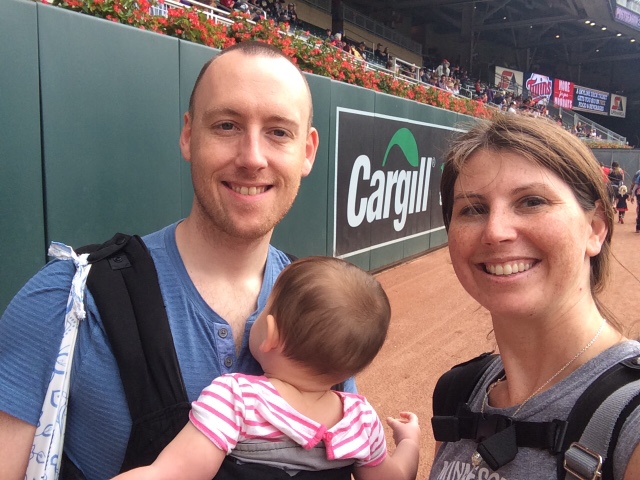 After the parade we headed back up to our seats after grabbing some more food for the kids. 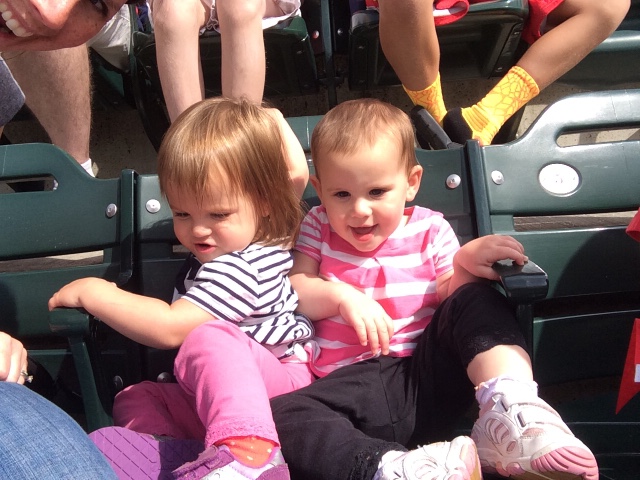 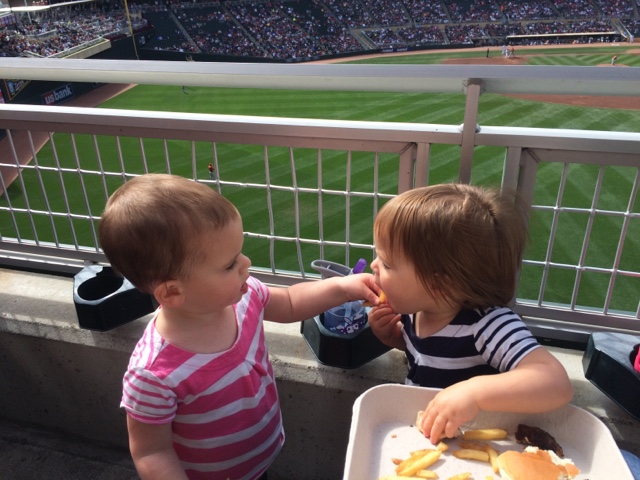 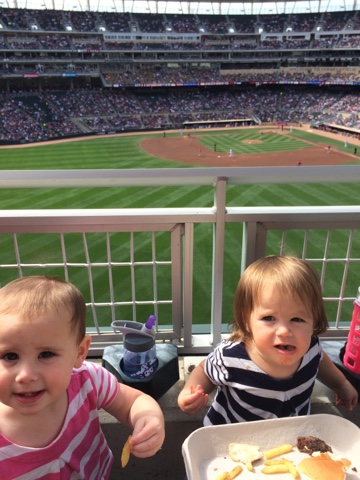 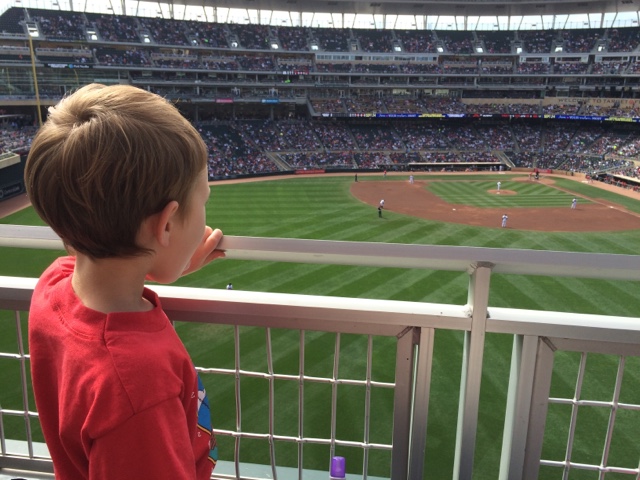 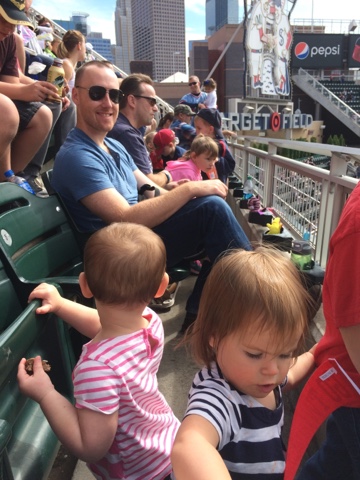 It was a perfect day for a game. The twins ended up winning and we made it all the way to the end, just leaving before the rush although we still hit the rush in the parking lot.
We also got to see three homeruns. Isaac really liked the fireworks which happened after the homeruns. After the first two homeruns he sat backwards on the lookout for the fireworks. We had to explain when they were going to happen.
posted at 9/20/2015 10:08:00 PM