Monday Isaac got a letter home in his backpack "there's been a case of the corona virus in your child's class" but since he did not have any direct exposure there was no need to quarantine. Then he got another letter on Wednesday... then Thursday he woke up with a fever. It was a mild fever, just about 100.6 at 8am on Thursday. We kept him home, took the girls to school and went about our day. Thursday evening his fever was still 100.8 but coming down from the mid day spike of 101.3 at 2:15pm. The school nurse called that evening to follow up with the illness. He obviously was staying home from school the next day because of his fever, but we weren't sure if we needed to get him tested or not since he had no other symptoms. The nurse encouraged us to given the other cases in his class. Friday morning (October 23rd) he woke up with no fever, well down to 99.8 but feeling fine. We decided to do the testing so we would know and not unknowingly be spreading it. I also kept all the kids home from school on Friday just incase we did have the corona. Took Isaac in for a rapid test and yup, sure enough it was CoVID, ugh. So this meant our entire family was quarantined. I had to miss my cycle class I teach that Friday morning and for my work I had to be out 14 days from when Isaac tested positive. Isaac had to be out for 10 days following his positive test. Thomas had to be out until Isaac was released and the girls had to be out for Isaac's entire quarantine and then their TWO WEEK quarantine would start when Isaac's was OVER! So the girls had a total of 24 days of quarantine! UGH. We figured this virus would make it's way around the family and we'd all be a little sick. But given that Isaac had such a minor fever that only lasted for 12ish. hours with no other symptoms it clearly didn't spread because no one else got it. 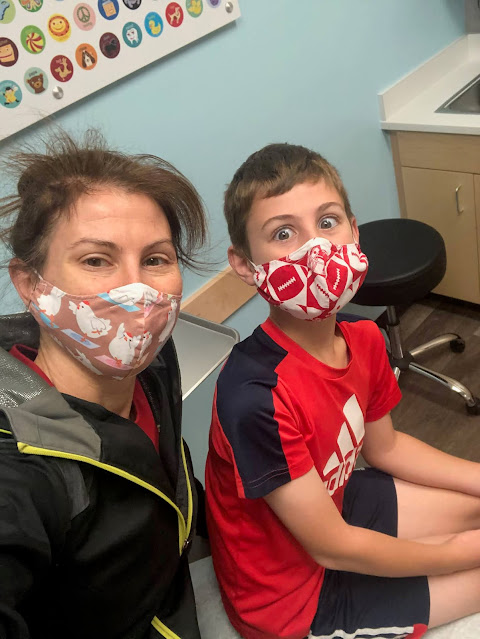 Kyle thought maybe he had it from some chest tightness on his run Saturday and headache. But he got tested Monday morning and it was negative.
I tried to stay sane by keeping up with my workouts and runs. 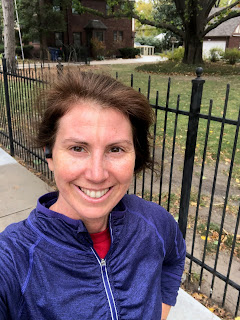 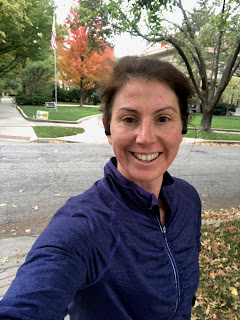 We had LOTS of family time. Bonfire in the drizzling rain. 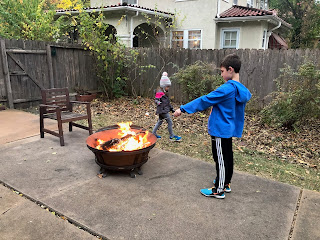 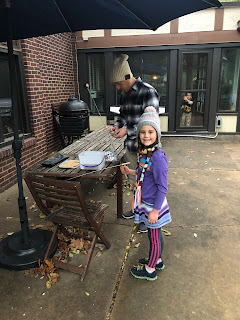 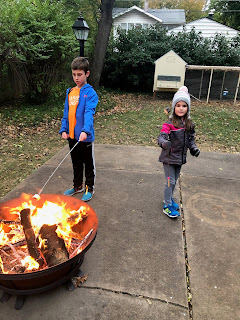 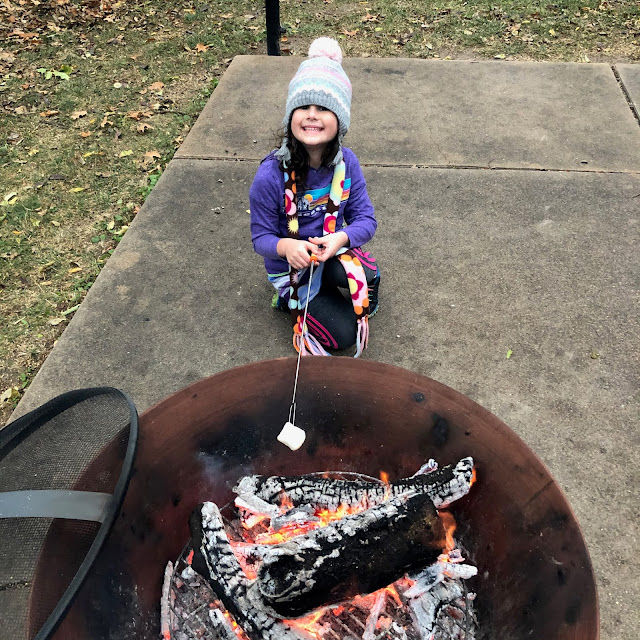 We even had a SNOW DAY on Monday. Had they not be quarantine they would have had to go to school and we would have missed out on playing in the snow and making snowmen! 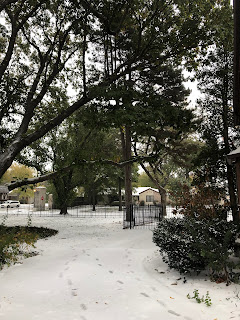 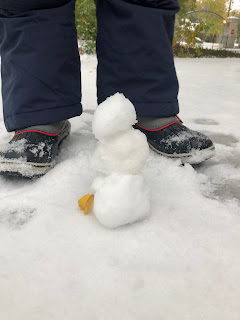 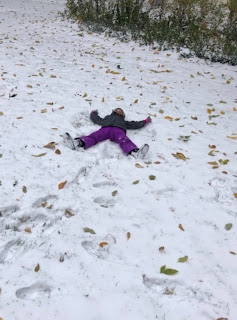 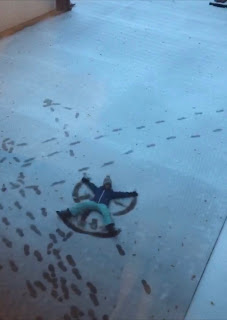 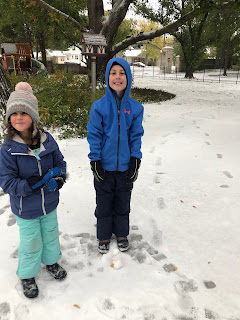 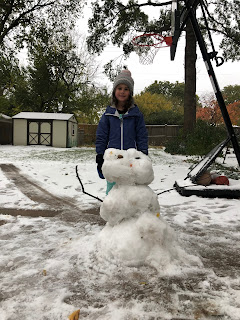 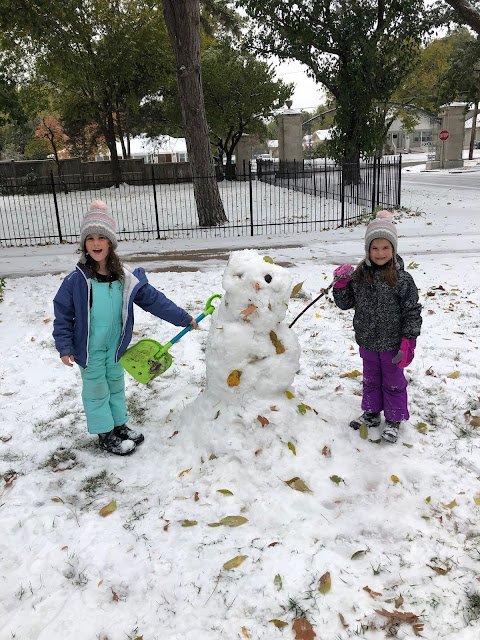 Monday was also Harpo's 14th BIRTHDAY!!! He's getting up there. 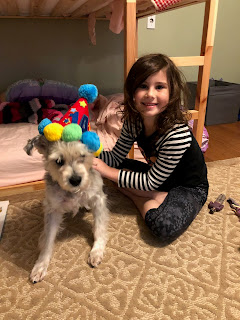 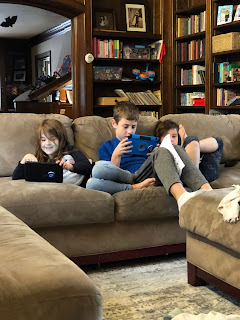 The girls teacher was collecting photos of them in their costumes since they wouldn't be having a school party. I sent these in of the girls. Elsa from Frozen II and Rey from Star Wars. 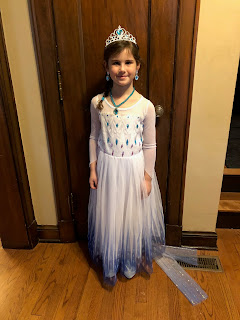 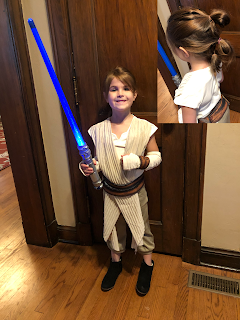 Isaac got to jump into virtually learning and was placed in the existing remote learning class for his grade. Along with basically his whole class since the virus had spread and there were five cases in his class. When we returned to school Monday November 2nd there were only 7 kids present in his class out of a total of 21. The girls also had their school computers sent home but there was nothing organized about their learning, just doing some assignments here and there. 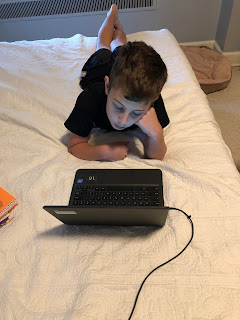 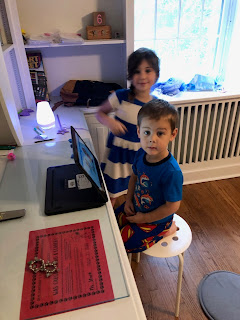 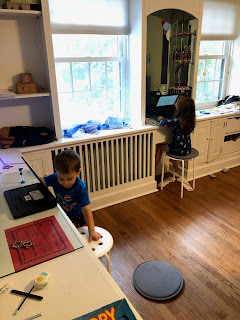 On Thursday October 29th (day 6 after Isaac's positive test) I took the girls in to get tested. We were hoping they were positive just no sickness. If they would have tested positive then they would have only had ten days of quarantine from that date... but they were negative so the longer quarantine it was. They did the test like champs. It was so hard, Isaac had a really hard time, he prepared the girls and I had him say it again for this video: 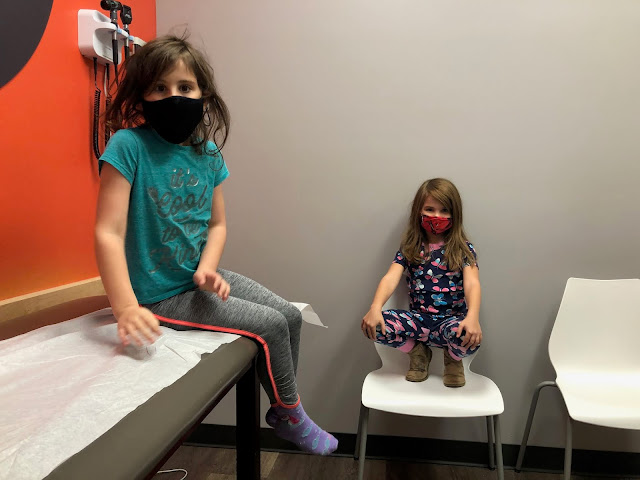 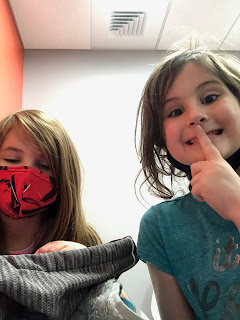 I ended up getting tested the next day on Friday. I was also negative. I did a salvia test and a nasal swab, drive through with the county. Super easy and slick. Was glad they had a good process down for testing.
That took us up to Halloween which I will make a separate post for.
Here's the chickens at this point, getting along well :-) 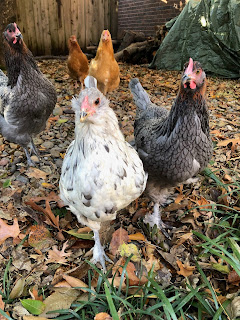 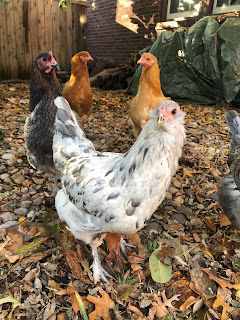 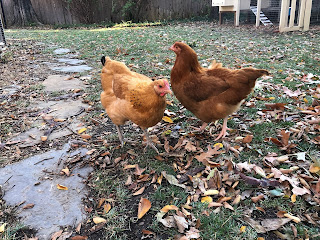