Last week my mom flew up for a visit. After a cancelled flight and rescheduled plane, she finally made it seven hours after planned. The kids were already in bed so they didn't get to welcome her, but we went straight to bed to get rested for the next day.
Wednesday we hung around the house before Isaac had to get on his bus for preschool.

Here is Isaac reading her his poem book from school? 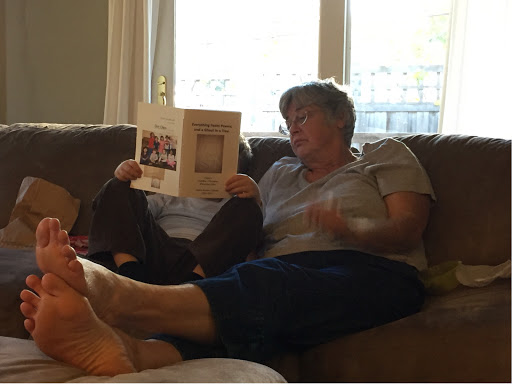 Miss Mary on our walk, Grandma brought them some headbands, Mary was a fan. 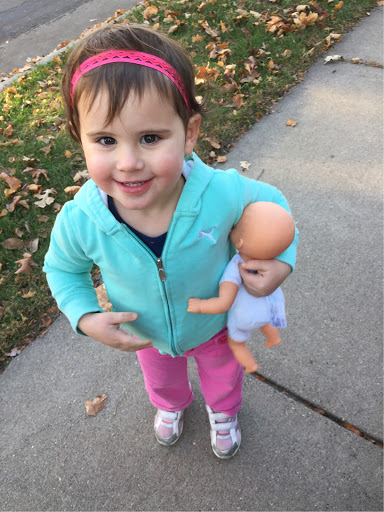 Once Isaac got on the bus we loaded the girls in the van and ran a few errands. We then arrived at Isaac's school early and took a walk around the neighborhood and Lake of the Isles.
I lost my fitbit on my walk :( when I push the stroller it doesn't register my steps so I had taken it off and put it in my pocket like I have done many times before. I realized as we drove home it was missing. We had just driven by the Frank Loyd Wright house and we went back to retrace our steps. They stayed in the van and I ran the mile path along the lake looking for it. No luck. I was super bummed. 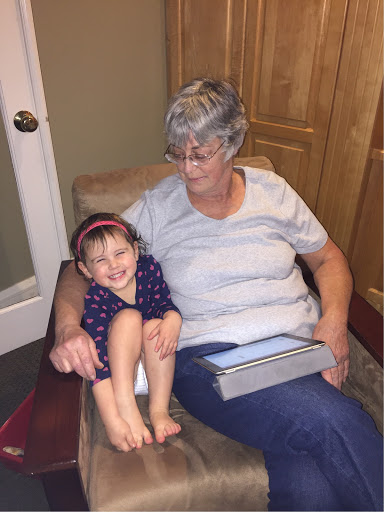 We came home and got Thanksgiving dinner going, a little later due to the hour detour of FitBit searching. But we had ham, potatoes, and green beans to celebrate our Thanksgiving.

Thursday morning we went out for breakfast at Good Day Cafe. 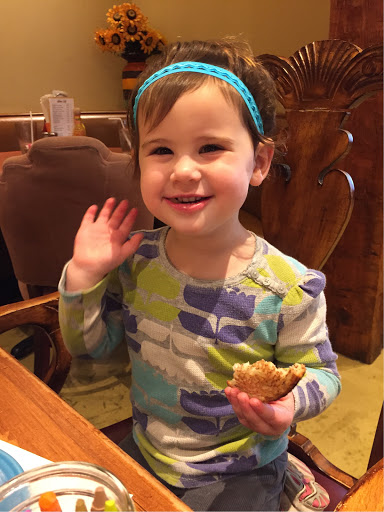 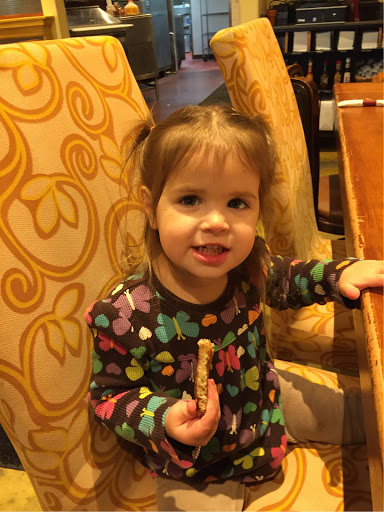 Then we went back to check the other side of the neighborhood we had walked the day prior still looking for my Fitbit. I got out to walk it while my mom drove the van up to the end of the street to meet me. Almost to the end I looked down and saw it sitting on a bench!!!! Someone must have found it and placed it up on the bench I was so ecstatic!! 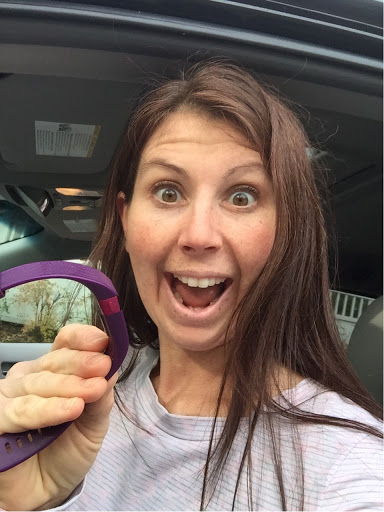 The kids did some art projects with grandma before lunch. Then Isaac got on his bus again for school. 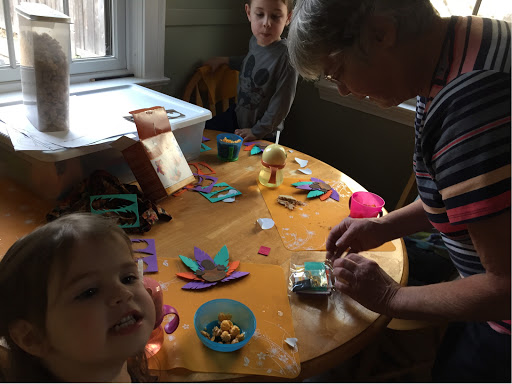 I left to go to a massage I scheduled while Grandma got the girls down for a nap. 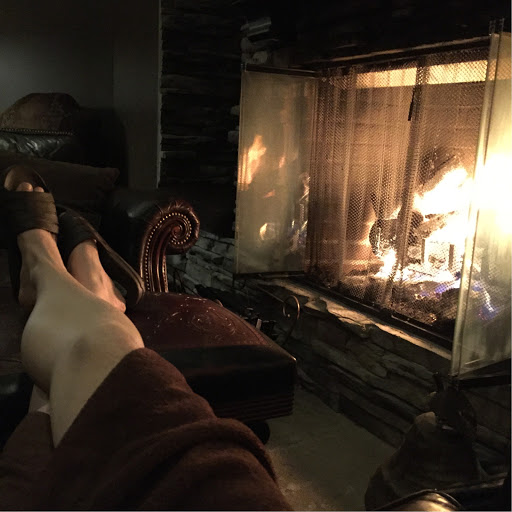 On my way to get Isaac I stopped into Sunny Side Gardens greenhouse and got some foliage for my window boxes. I picked up Isaac from school then went back to the house where grandma and the girls were waiting. We went outside to get the boxes decorated as the weather was starting to turn fast. It had been crazy warm weather the whole week, but the next day was calling for snow and Thursday evening the temps were dropping quickly. 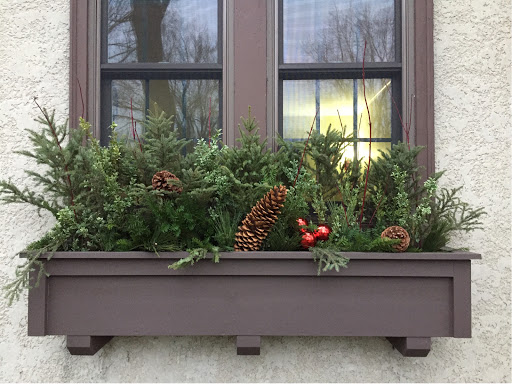 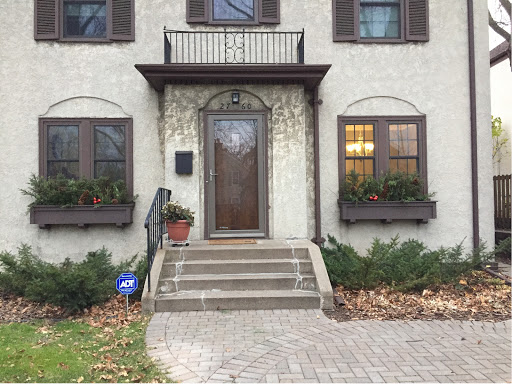 Friday morning we were suppose to go to the girls' tumble tots, but it was cancelled due to the teacher being sick. So we stuck around home and played a bit. Isaac worked on some more crafts that grandma brought. 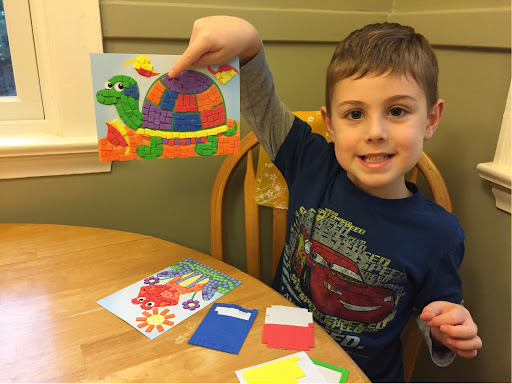 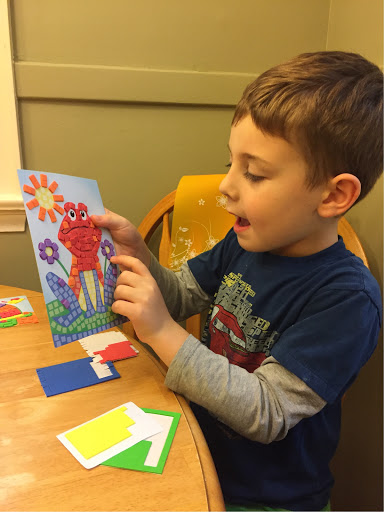 We had tickets to see the light show at the Arboretum Friday evening, of course it started snowing about 3:00pm and this evening was the worst forecasted weather of her visit. But that just made the adventure all the more exciting. 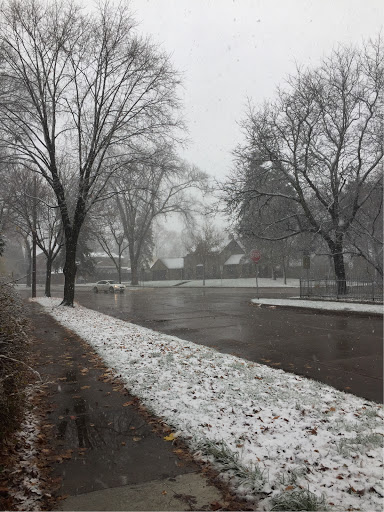 We had a lovely time at the light show, ate out at Punch Pizza before hand.

Then Saturday morning we got up and headed out early for breakfast before taking mom to the airport. I had gotten a photo of her and Mary, so I attempted to get ones with her and the other two, but there wasn't much cooperation. 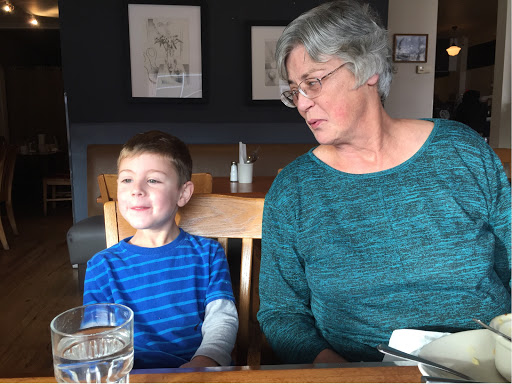 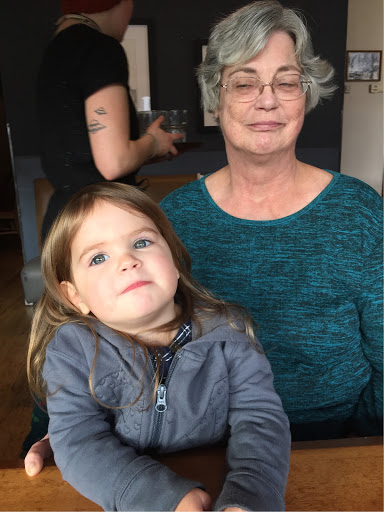 So we attempted a group photo... and Mary refused to join. 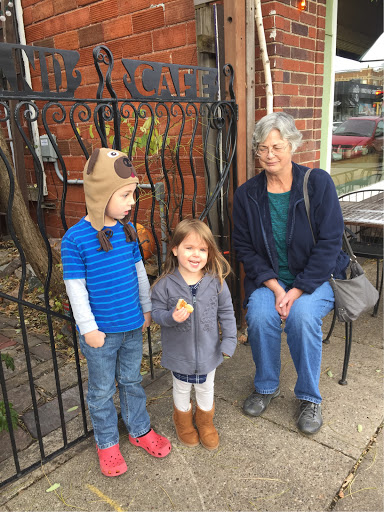 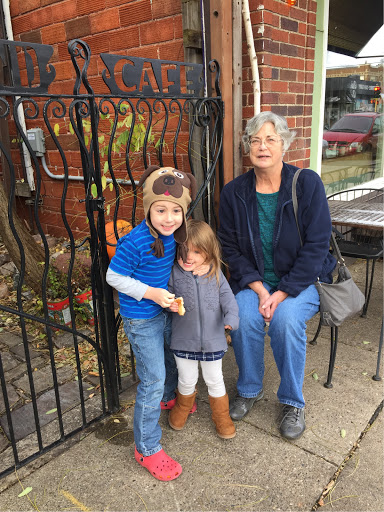 But we finally got one with all of us 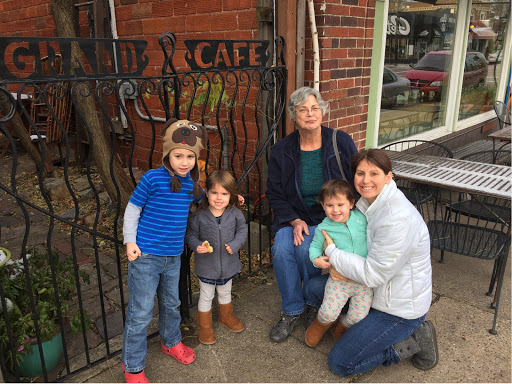 Email ThisBlogThis!Share to TwitterShare to FacebookShare to Pinterest
Tags: family