**This post sent a few days ago before I was finished with it, I deleted that one and am re-posting it**

Back in August or September we had these guys come out and give us a bid on a few things on the exterior or our new home. We ended up just picking the two most important items to move forward with due to costs of the project as a whole.

They replaced the rotting trim on two windows and investigated the balcony joists for damaged, water intrusion then flashed the beams properly and re-patched the stucco. Here are some progress pics. 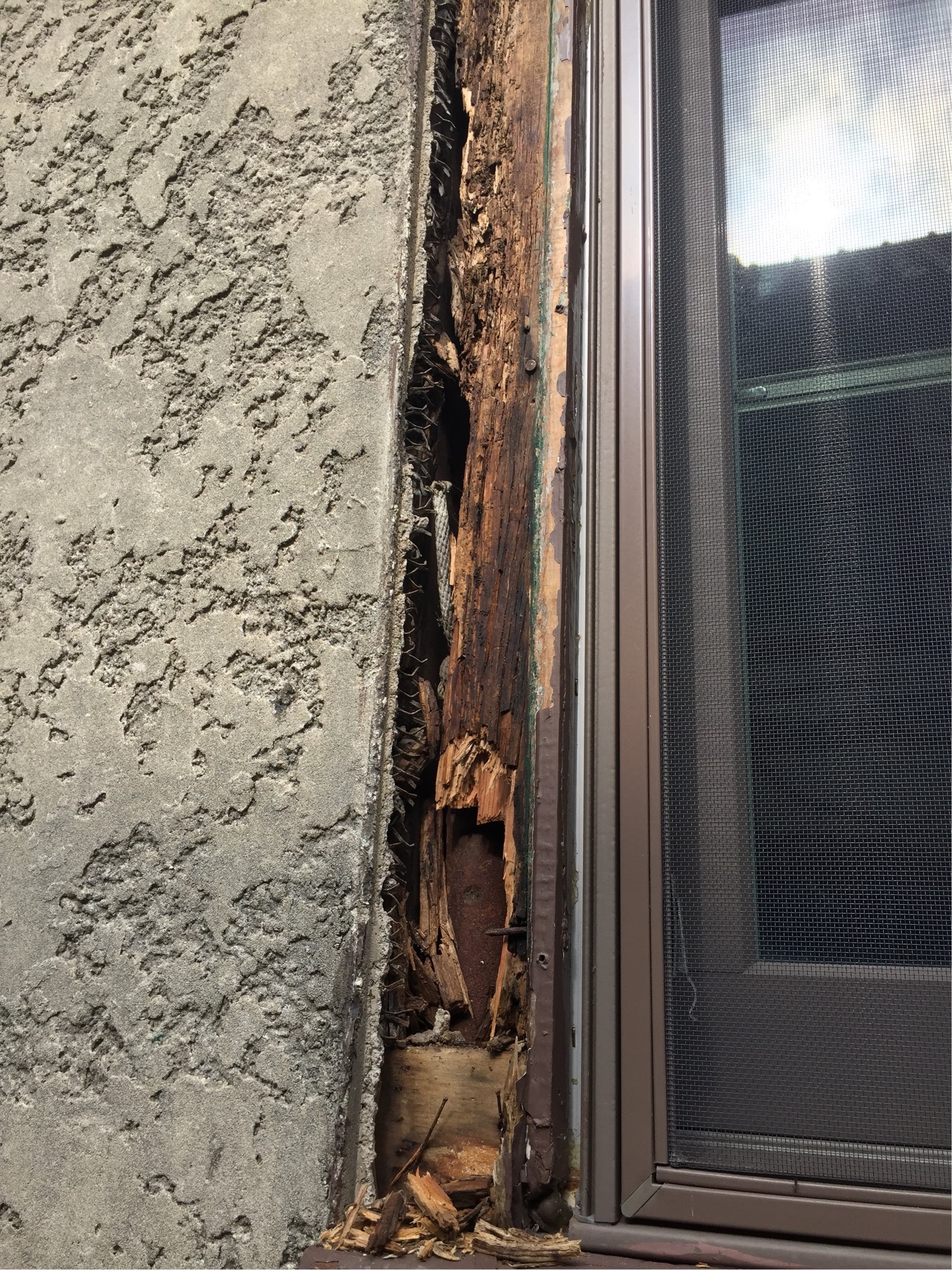 They removed the rot and the old style weights from the previous windows. Filled it with insulation and re-trimmed the window. 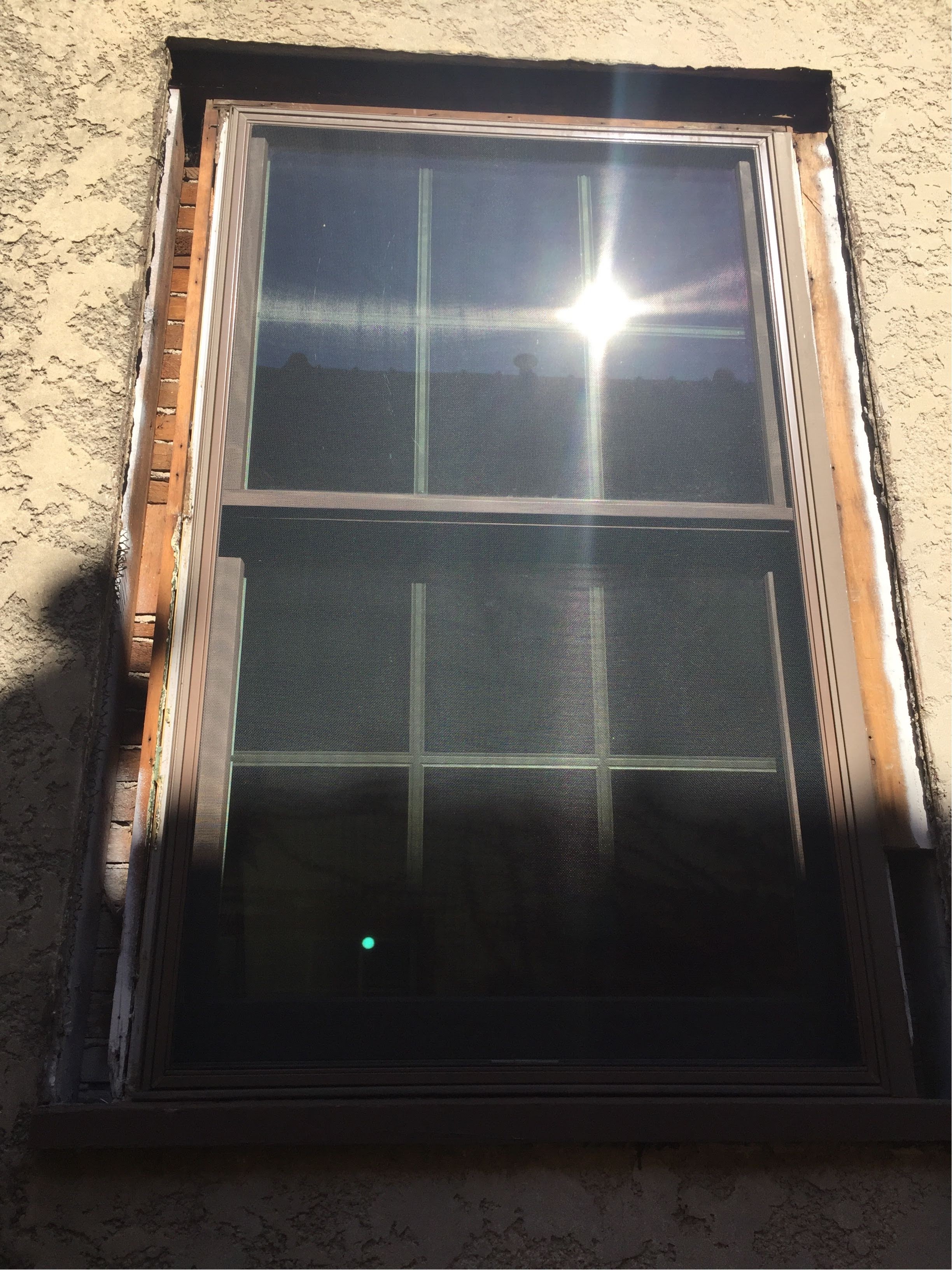 This is the second window (Isaac's bedroom) 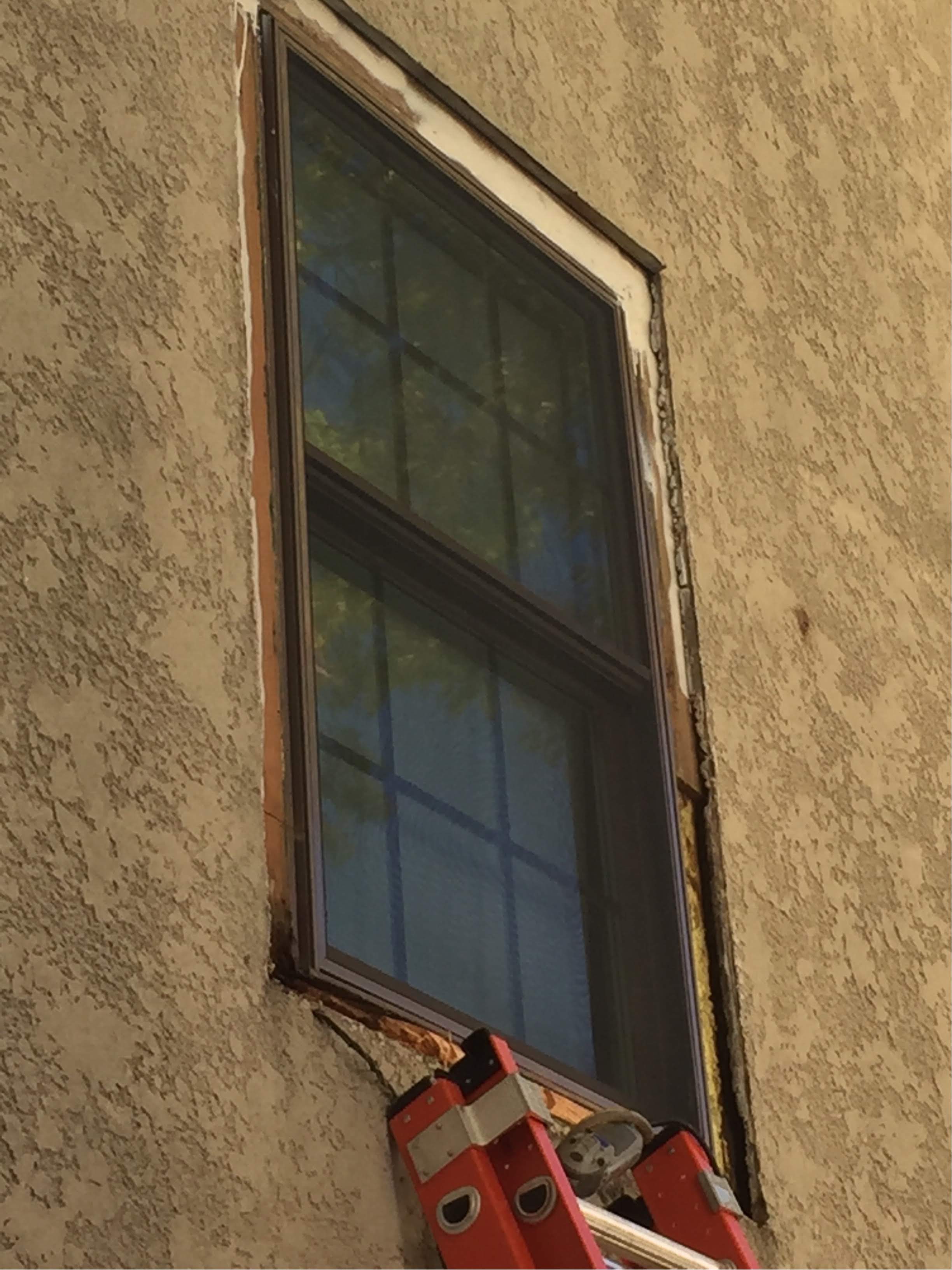 We will be the ones to paint the two windows... possibly next spring as it doesn't seem like we are going to get to it before it gets too cold. But it looks amazing! I'm really impressed with their work. Looks better than the rest of the windows, ha. 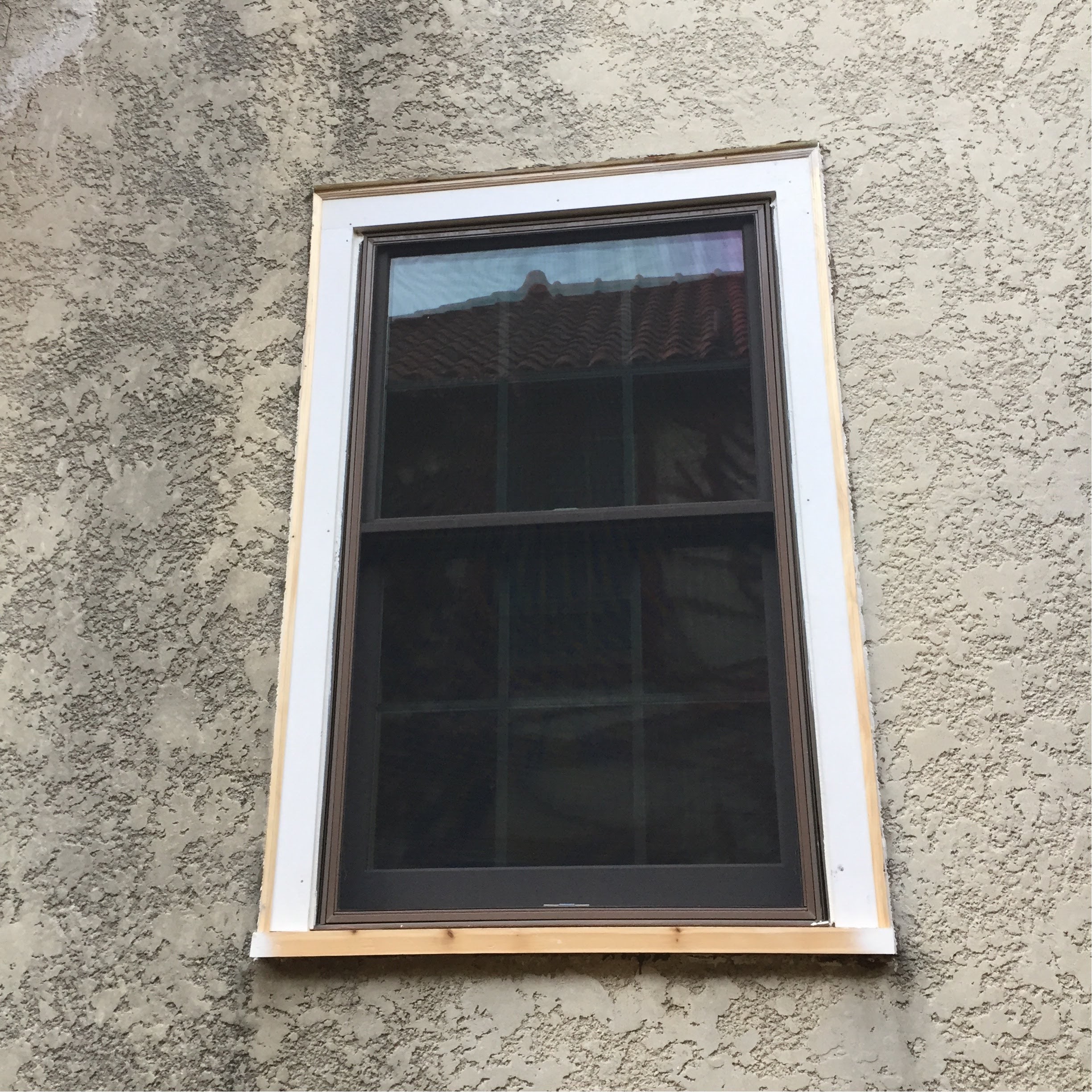 Here's the balcony work. They broke out the stucco around the cantilevered balcony. There was minimal signs of water damage inside our living room so we wanted to make sure the beams were okay. 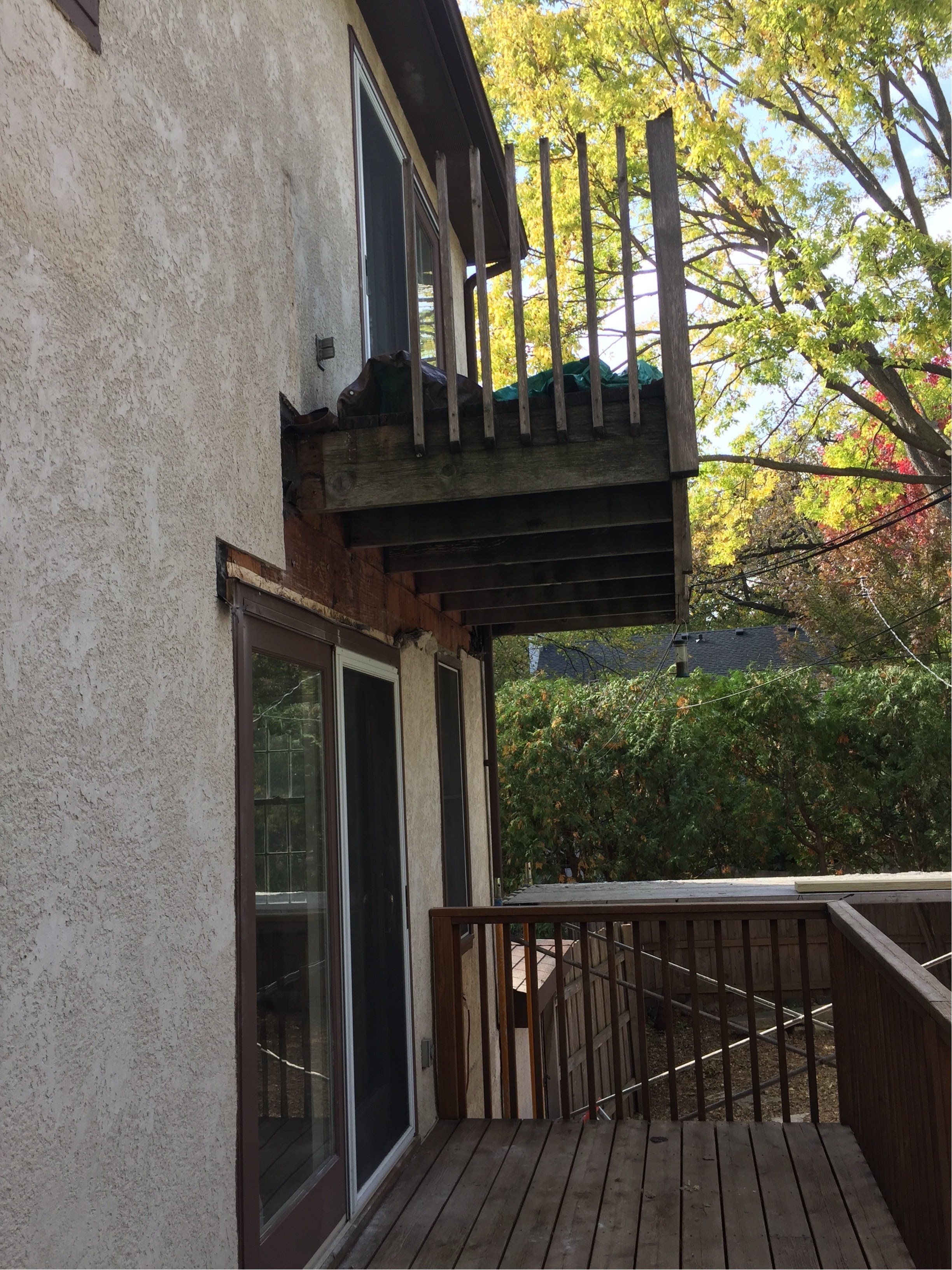 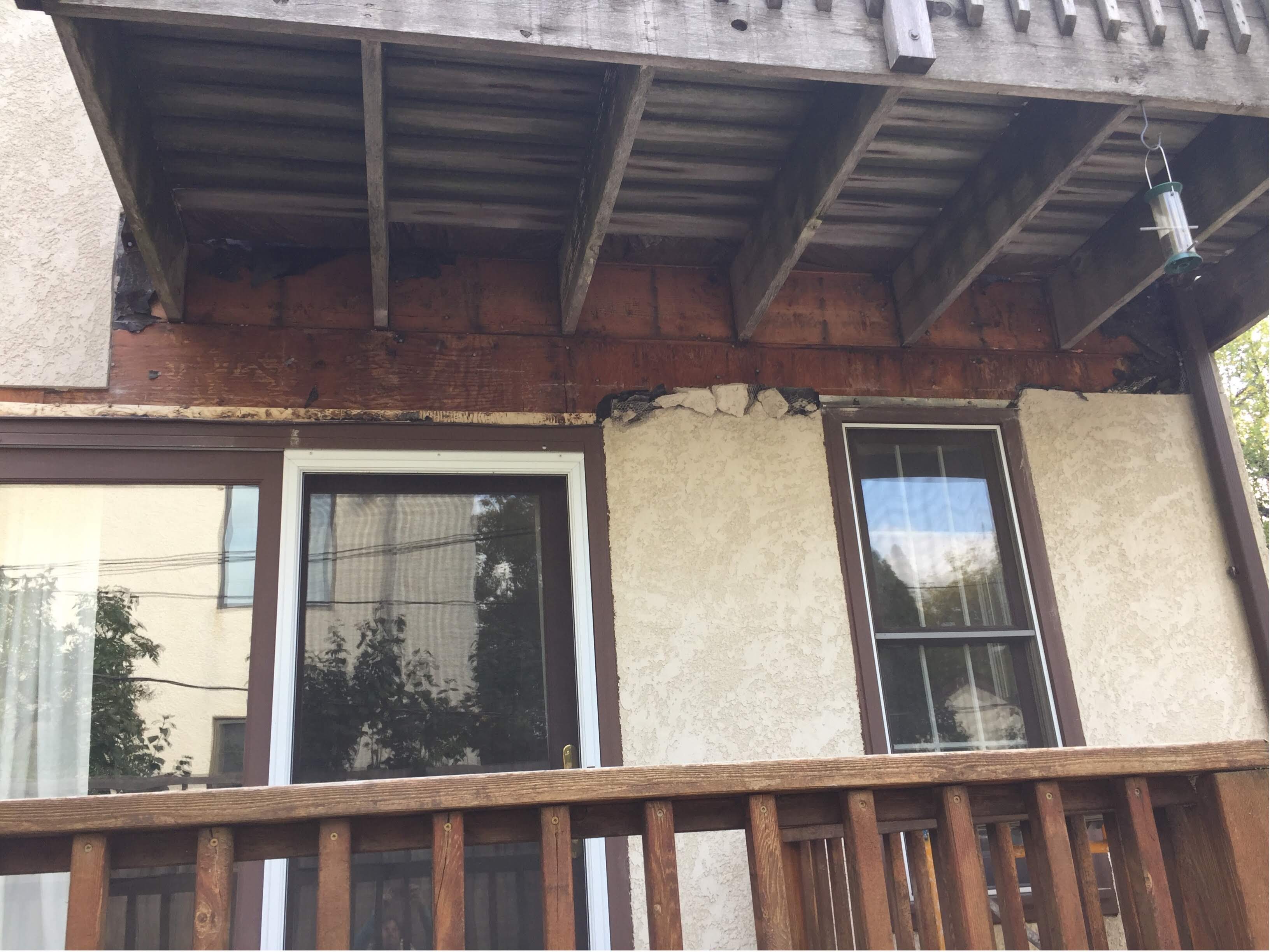 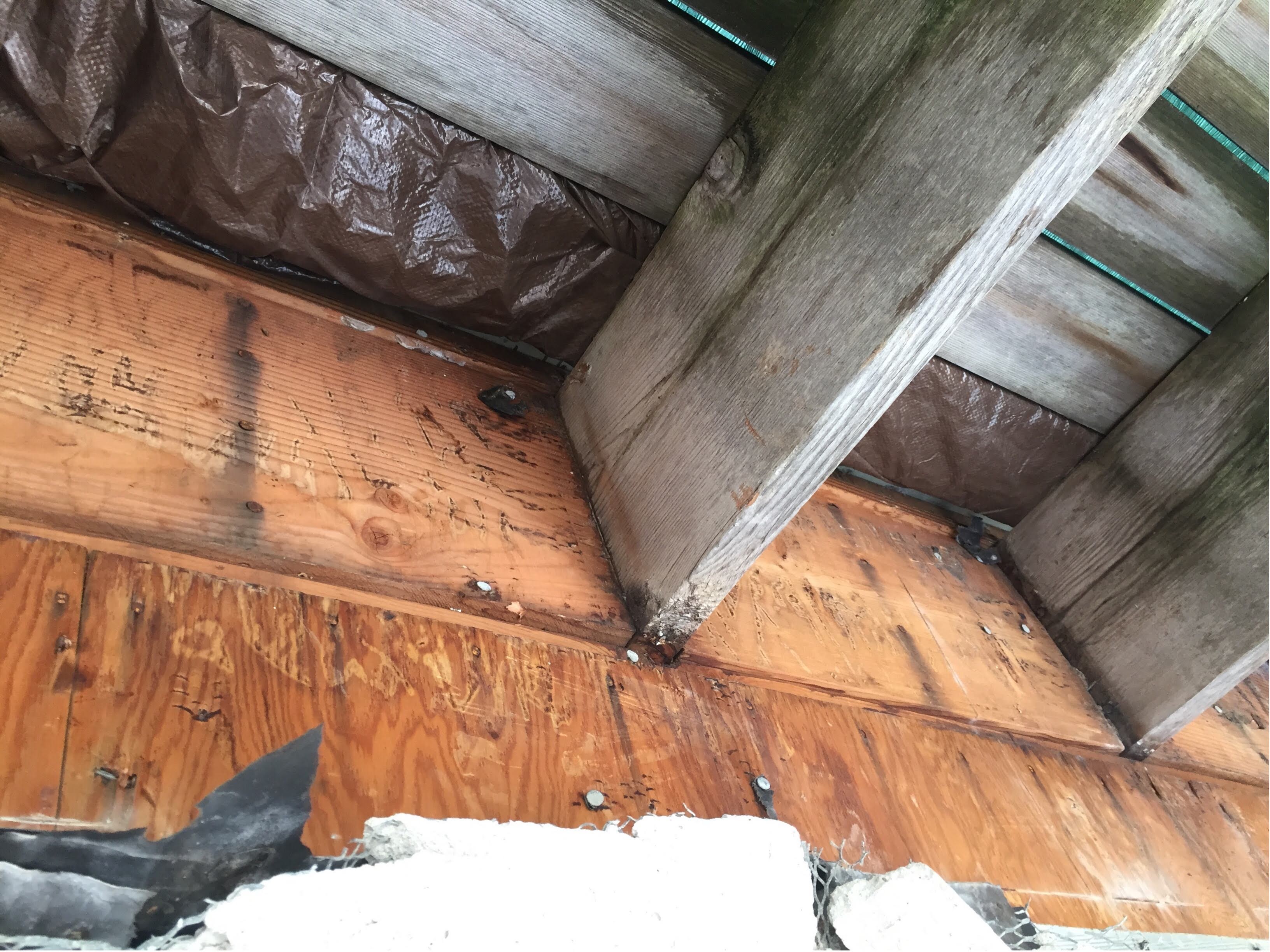 Everything checked out okay so they constructed the flashing pieces, which put things on a two or so week hold. They returned to get the flashing on (and in the meantime there were lots of rainy days...). 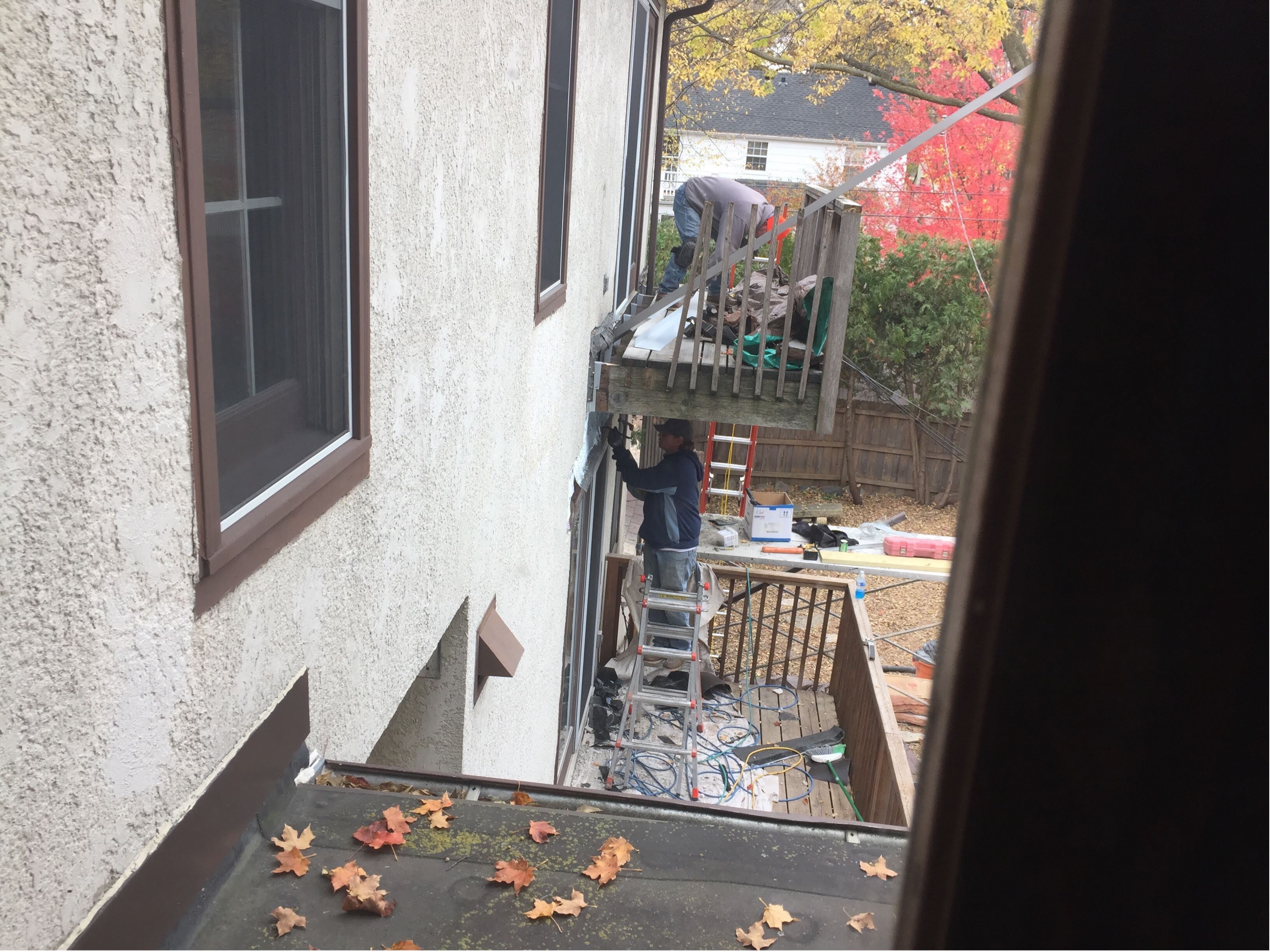 Set up and ready to restucco. 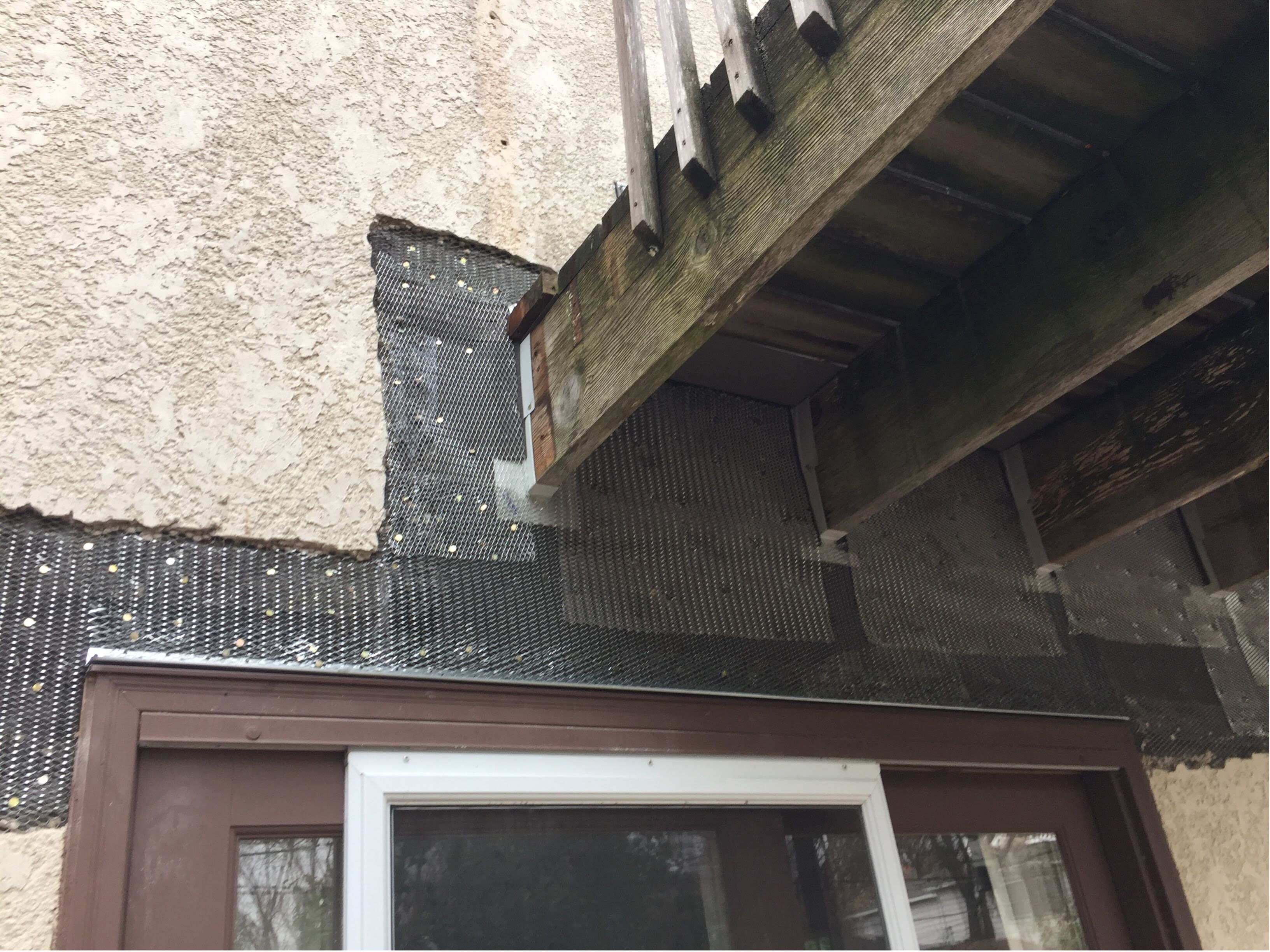 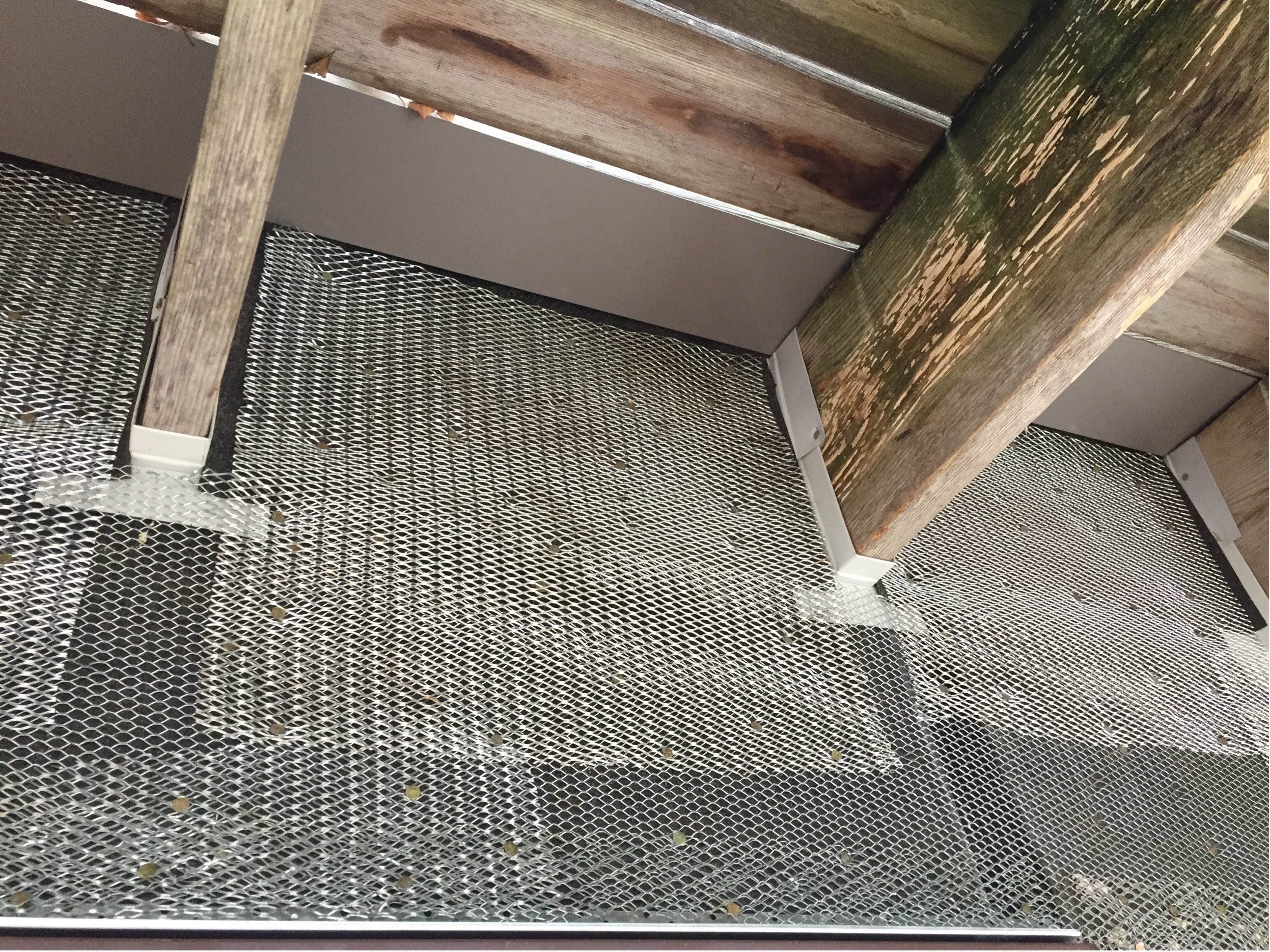 It was another week or so waiting for them to return then this past Monday after we  returned from Chicago, they came to apply the stucco. 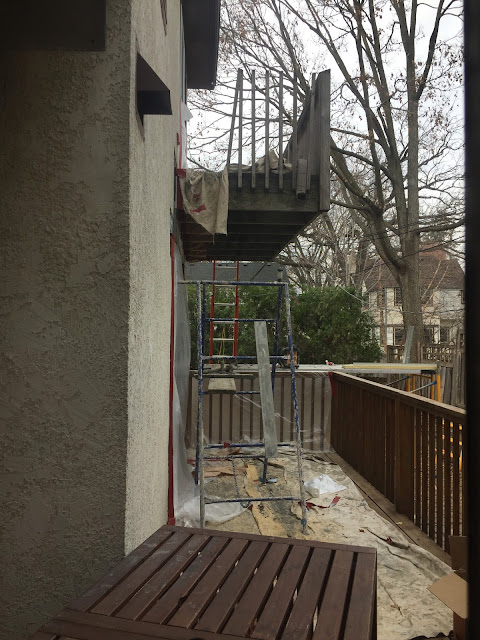 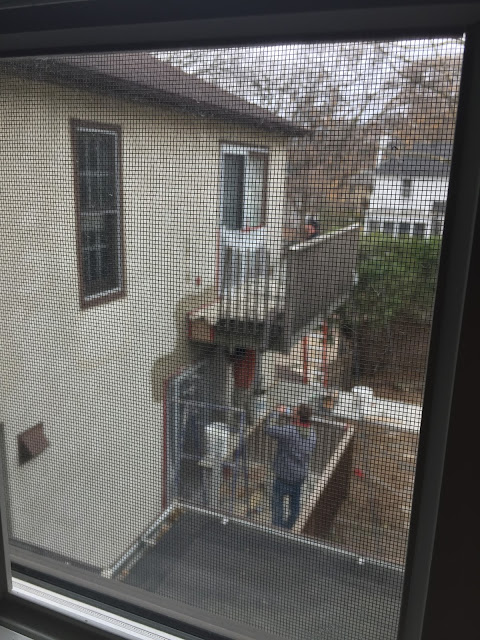 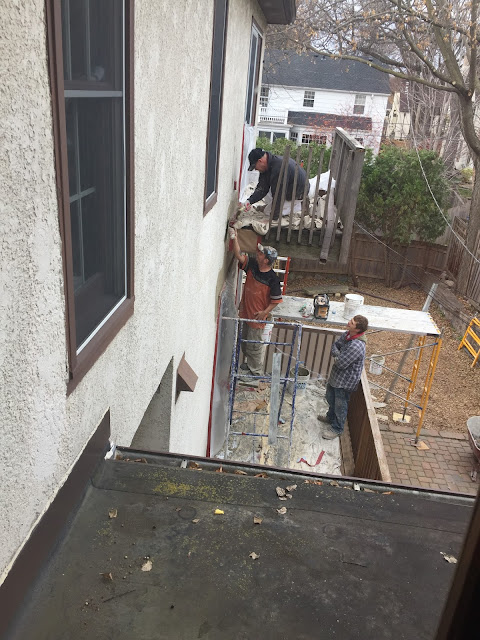 ALL DONE! Now they will just come back to resemble the balcony beams. 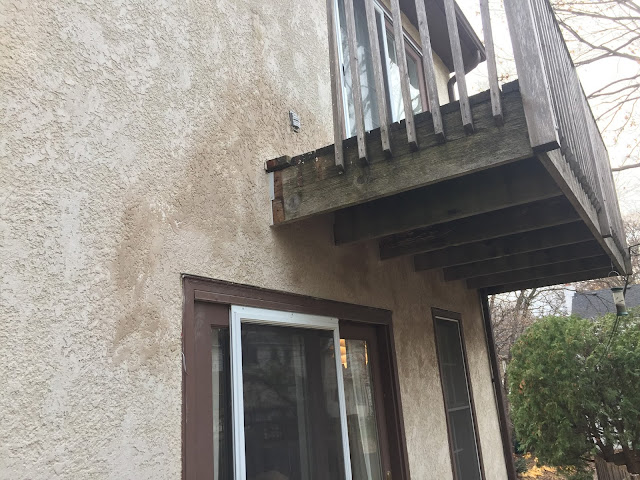 Now it's flashed properly (the lower sliding door and the window got flashed properly as well) and hopefully will eliminate any future water intrusion. Still a little dark as I took this shortly after they finished so it wasn't fully dry yet. It blends in perfectly now. I mean the house is already patchy, which was the full project of re-stuccoing the siding and giving it a face-lift. But that is for a future date. 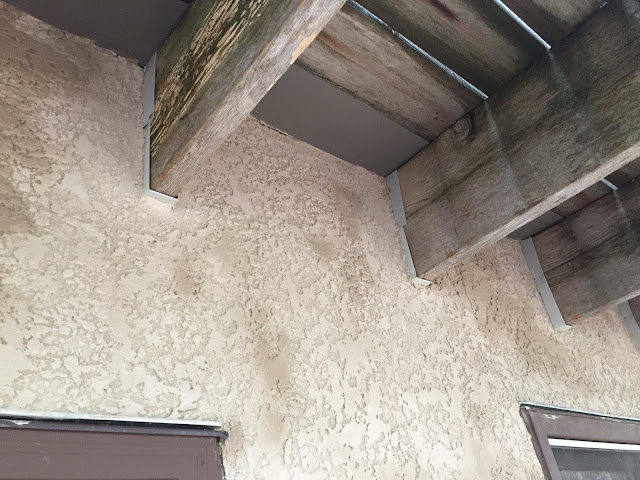