The tasks continue to get checked off the infinite list. The pace of getting things done has seemed to slow but that is okay and a good thing. This week I worked on getting the garage straightened up in hopes of getting a spot for one car in there. We are selling our old billy bookcases and have sold two that are getting picked up this weekend with another potential buyer coming Sunday to look at the other three.

I saw this idea on pinterest and we tried it out for our lawn tools since there really isn't room for them elsewhere. We were lucky in our 2.5 car garage at our other home, didn't realize how good we had it. Tuck-under garages stink! But I guess we can't complain we have an attached garage now! My craft space is still a work in progress. Picked up a large Kallax shelving unit at Ikea when we got the girls'. I set it up one day during nap. 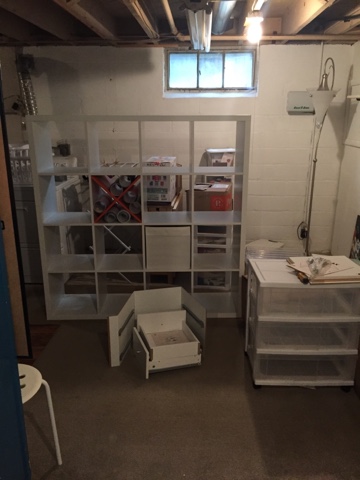 Got it up on blocks (since it's in our basement) and starting to organize to see what else I want to get. I plan to get another door, 1-3 more drawer units and three more fabric baskets. Oh and a frosted plastic bin or two for the yarn. 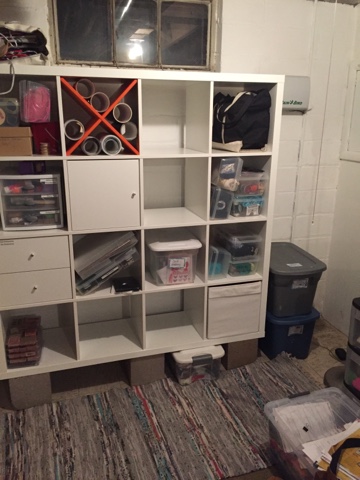 They left a stack of these stepping stones on the other side of the house so we filled inbetween the larger ones that were already in our backyard.  You can tell it goes small, big, small, big. But it's nice to have the stones closer together and more in line with our gait. 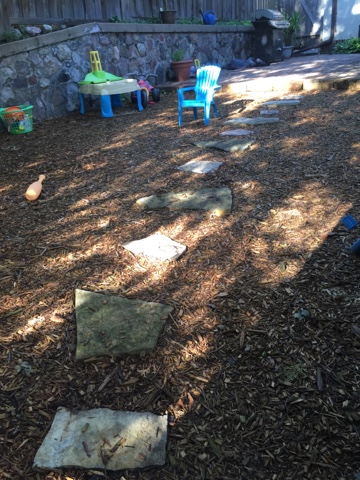 While organizing the garage I also got the fridge/freezer they left cleaned up and ready for the recyclers to come on Monday. Found this little gym in it! LOL How ironic they had a pet crayfish named Daisy! Daisy Jr. none the less, haha. Had to take a picture as proof before it went in the garbage. 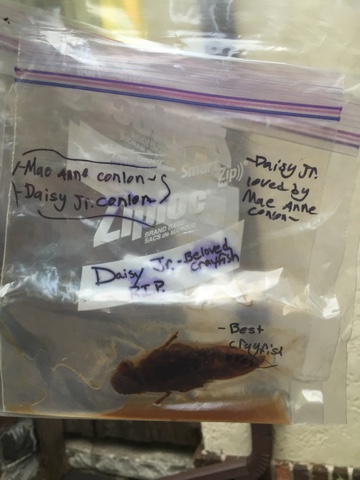 We also did some more pruning of the trees out back in the alley and our driveway. There's much more to do but we only get done what we can while the kids ride their bikes in the driveway or play Tball in the backyard.

The first week we lived in the house it was SOOO hot. We did make it to one park that week but we all almost melted and were on the brink of death. (I did not get any photos of that adventure). This week has been really nice and with a shorter to do list at home I was excited to get out and explore the 'hood. We have been to this part before, glad we did a lot of exploring of the neighborhood before we moved since unpacking has consumed most of my time and brain power. Thursday morning we walked to Park Siding Park. It was rather chilly this morning but still good weather for park play. 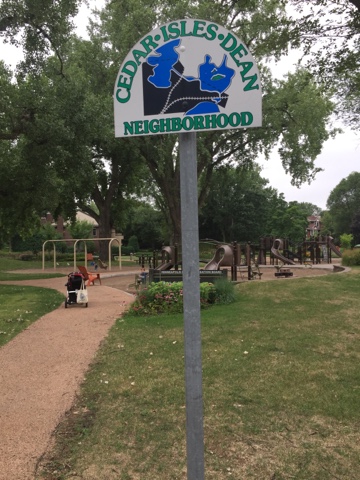 Got to watch a long train on our way. As well as a shorter train on our way back. This park runs along the Kenilworth trail and train tracks. This is the purposed site of the light rail that is planned to be added in the future at some point (2020 is the estimate at this point, but four years ago it was 2016). Many things coming up that have postponed it such as cost of riding through the wet lands of the chain of lakes. 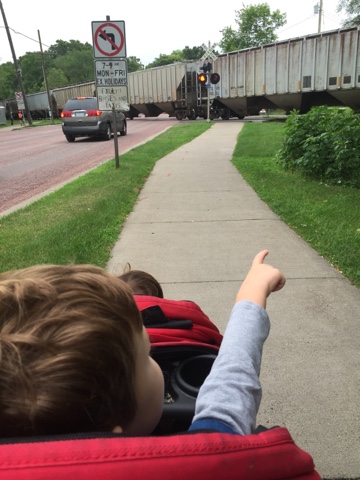 We made it to the park and Mary bee-lined it to the swings. This girl LOVES the swings. I need to look into getting a set for our backyard... but man they are pricey! 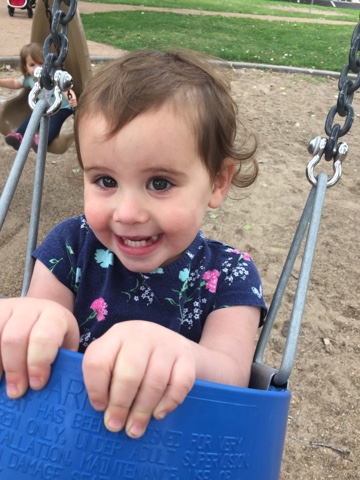 Video of Mary swinging, when I first asked her if she wanted out she said "NO! I want to swing!!"

Emma is a fan of the swing too, but her love is more of an echo of Mary's. 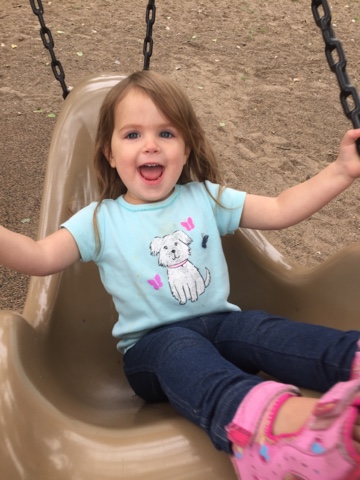 While pushing Emma I looked over to discover Miss Strong girl making her way across the little monkey bars! Isaac ran over to save her "I'll help her! I'll get Mary!" 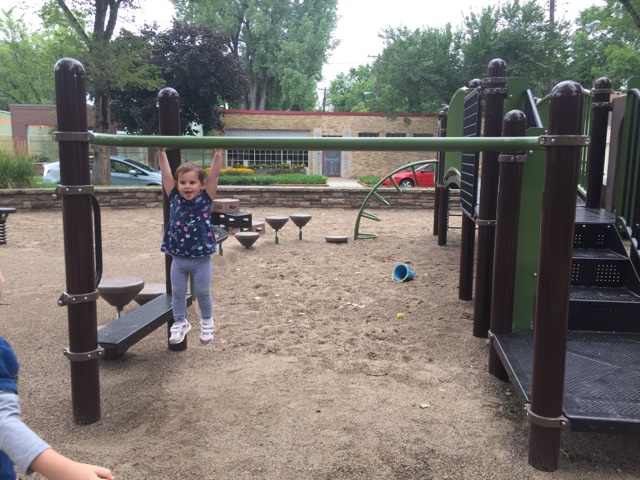 Thursday night Isaac had basketball. It was so fun to see him explore a new sport. I think he enjoyed it and he sure likes playing with our hoop more at home. I raised it up when we got home and he was pretty excited for the new challenge.

Here he is shooting some hoops before the official practice started


And here he is during practice learning to dribble down to the basket. He's a natural :-)


When we got home we played in the back yard til Kyle made it home from a late work meeting. I picked up the wet grill cover to place back on the grill and a huge toad hopped out! We captured him for a bit to let the kids see and pet him. It was pretty cute watching them oooh and aww over him. I didn't get a photo of them with the frog but luckily he didn't hop off too far and I was able to get this before we went inside. 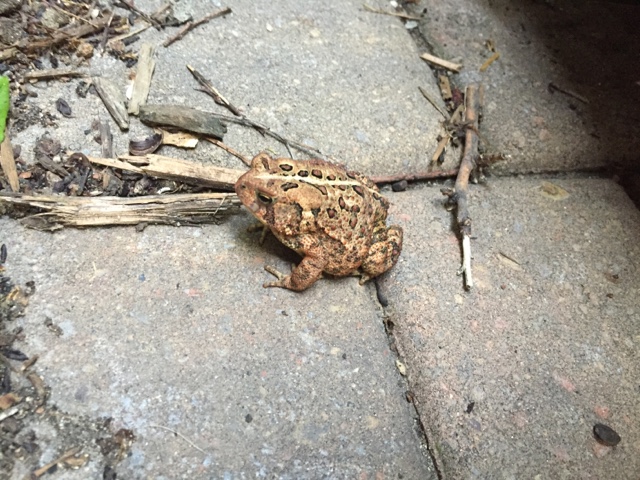