After much shuffling around I finally found a spot for my spices. At the old house I had them above the stove but I hated how they would come toppling down on my head when I tried to sort through them. After buying a few racks and returning them these from the container store were finally the winning ticket. Had to order the rest online because they were out in store and took FOREVER to ship! 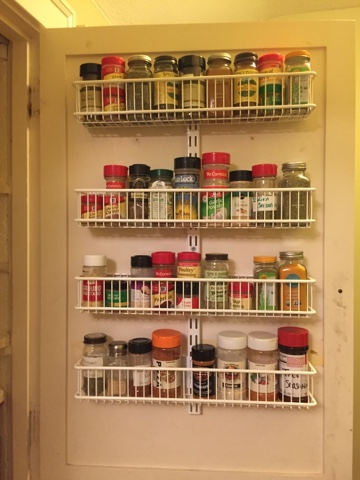 I continued to organize my craft area. I wanted to get all my sewing supplies in the little wooden table. It has skinny drawers so that meant finding a new solution for my thread storage.
Loved this idea I found on Pinterest for keeping the bobbins organized. 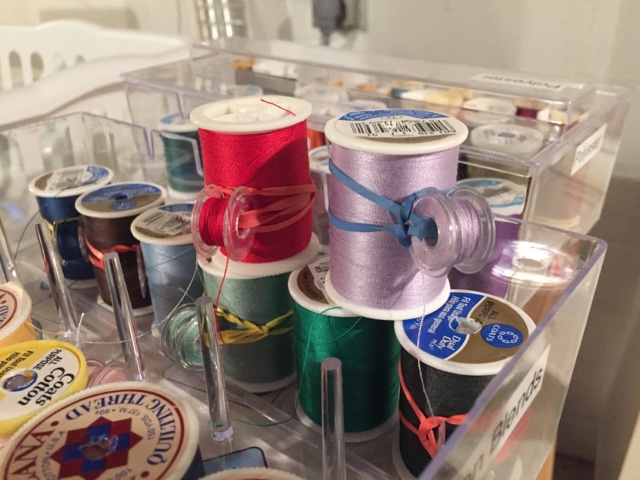 And these boxes I found on Amazon but bought at joanns with a coupon. They are the perfect size for the drawers AND stackable! 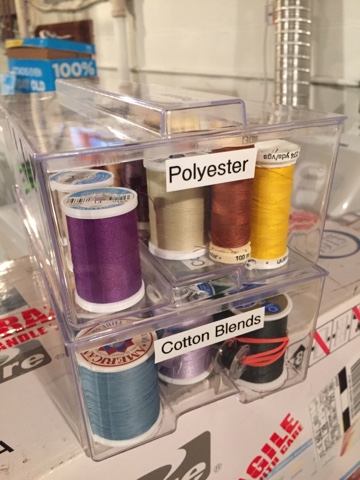 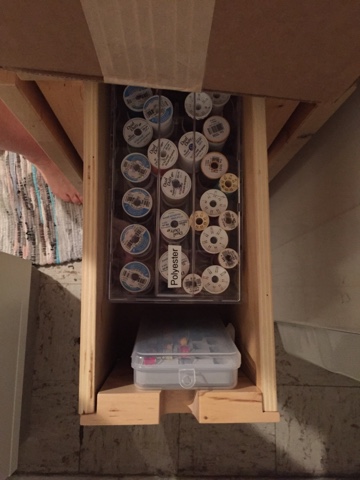 Monday we had the old fridge that was left in the house picked up and recycled from our electric company. This meant I could get the garage cleared out, well at least one side open to park in. We had also sold the bookcases over the weekend. There are two in this pic but they got picked up later that day. 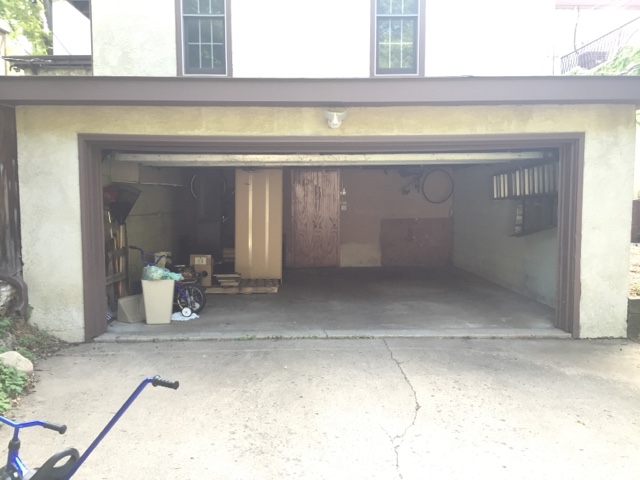 Tuesday Isaac had his last sport night, it was a make up from when his soccer got rained out. We hit up the park afterwards where everyone did some great climbing. Then finished with the splash pad so I could skip bath night. Was just me all week since Kyle was out of town for work so I was taking any shortcut I could get! 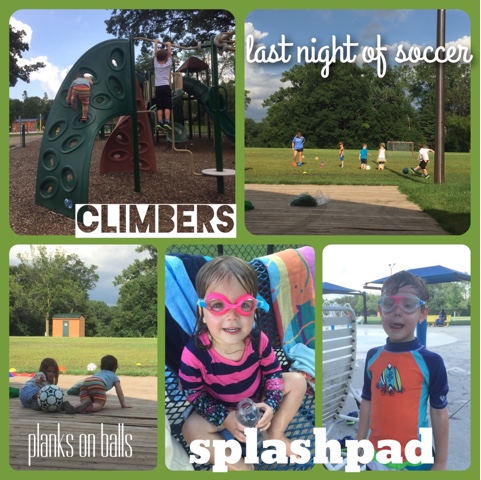 Tuesday evening Isaac stayed up and help me label containers for the pantry. 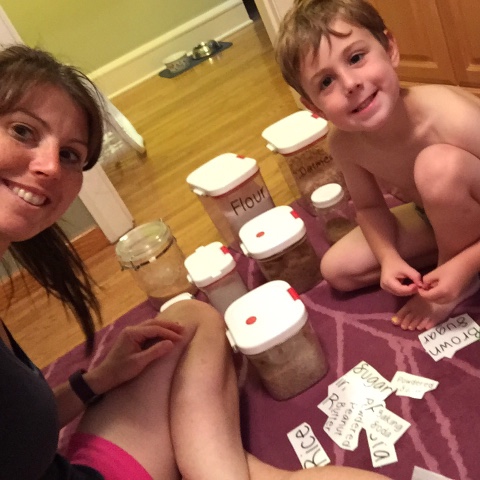 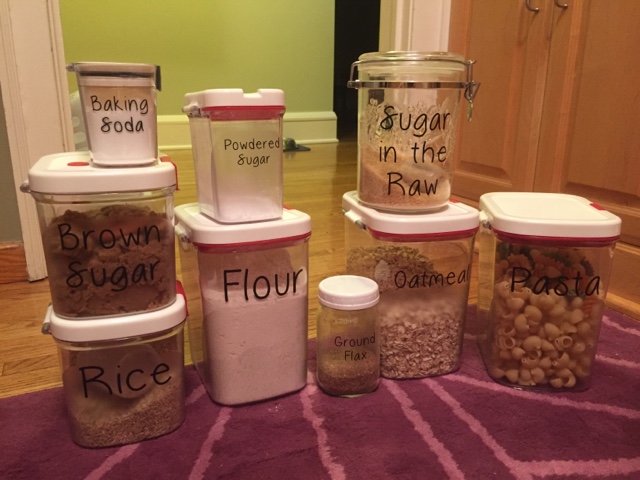 Wednesday evening I worked on continuing to organize my craft and sewing area. It's coming together and almost finished. Just a few more tubs to go through and empty out. 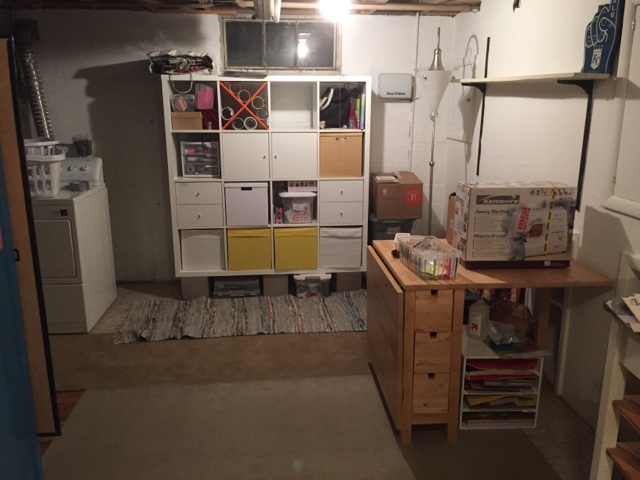 Thursday it was time to give Harpo a trim. The clippers were so dull I just did what I could and didn't attempt to trim up his skirt. Will get to that later. Also got his nails trimmed down, poor boy they were in bad shape. 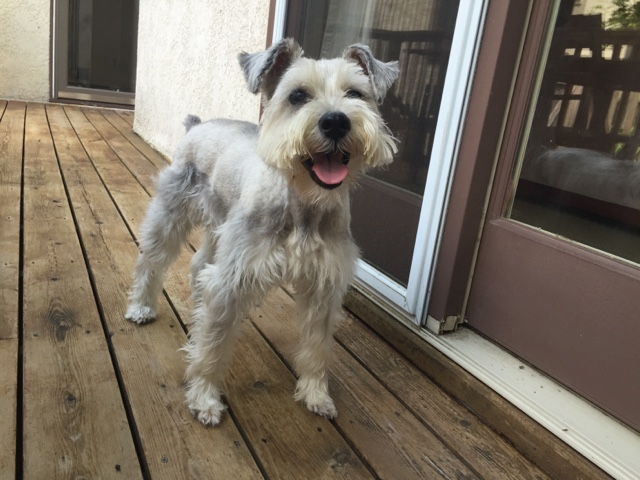 Friday I actually got some photos hung on the walls throughout the house.
And that evening I got these cute stickers on the girls wall 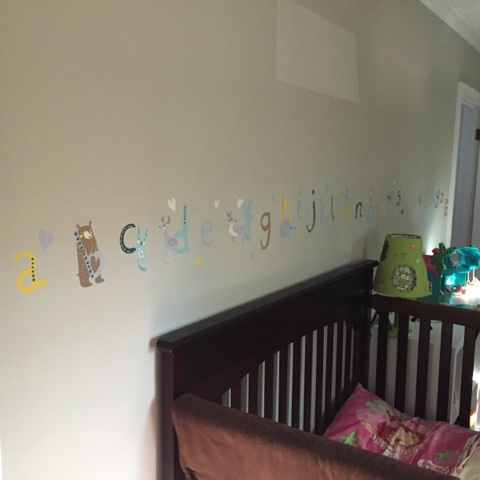 Saturday I started to tackle the Windows. Got 17 out of 30 cleaned. The front part of the house has the tilt windows so it was easy to clean both sides however the crossbars don't come out so a pain to clean around those. It's like cleaning 9-12 tiny windows with each window!
The back part of the house windows don't tilt out so I didn't get the outsides cleaned. But the cross hairs come out so it was easy to clean the whole window. 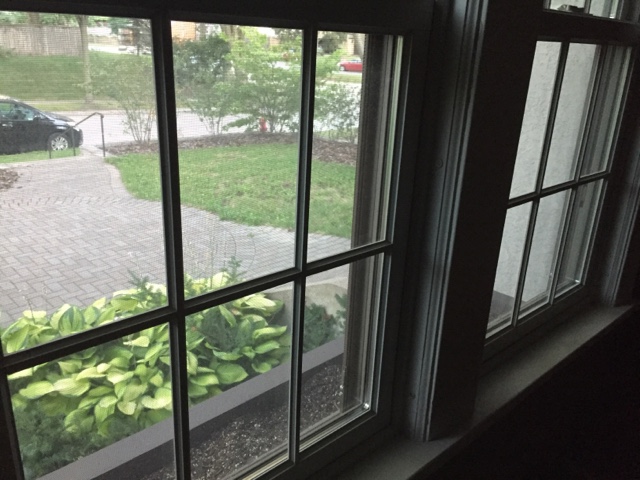 We also made a huge trip to Home Depot on Saturday and got a new door to put in the basement, ceiling fans for the kids rooms, and Kyle got a new tool table to start organizing the tool room!
The kids also got to participate in the fun little workshop. Mary enjoyed banging the hammer while Emma like putting the nails in every little hole. They made a skateboard pencil holder. We'll have to try and paint them another day. 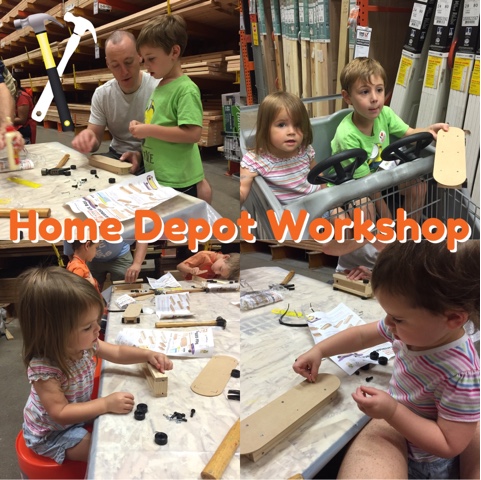