We went downtown tonight to have dinner out for Kyle's birthday and hit Santaland on the 8th floor of Macy's. Or as Isaac was calling it "Candyland". 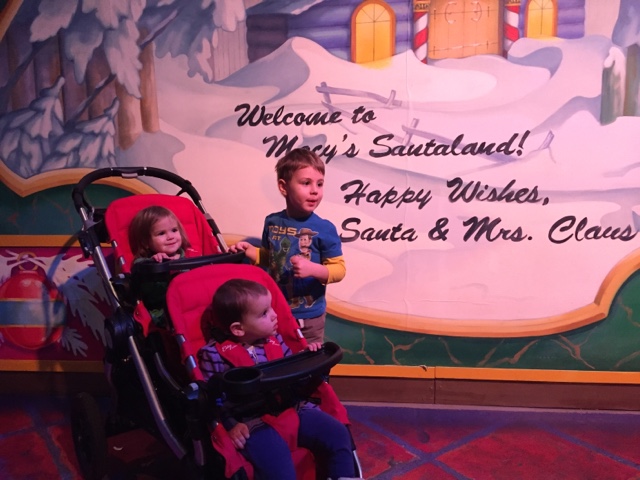 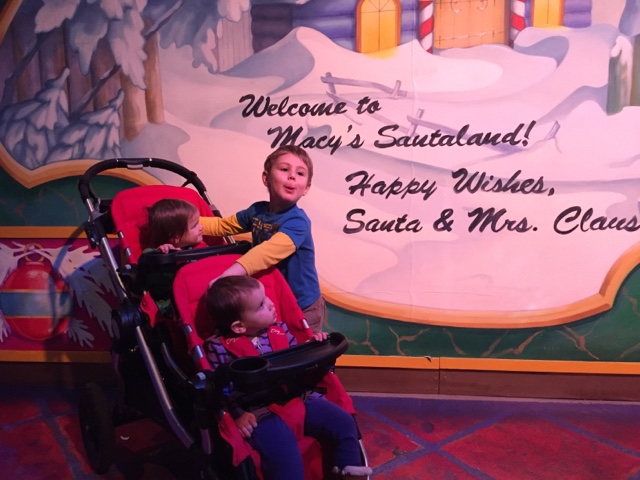 The kids enjoyed seeing all the elves and animals moving. 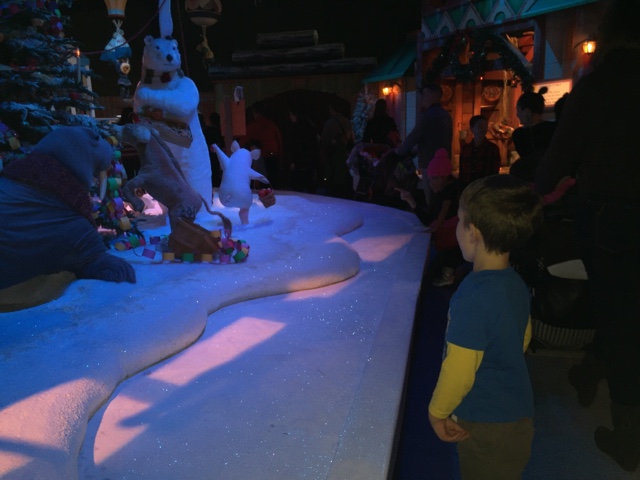 Isaac is getting better at smiling for me when I take a picture. 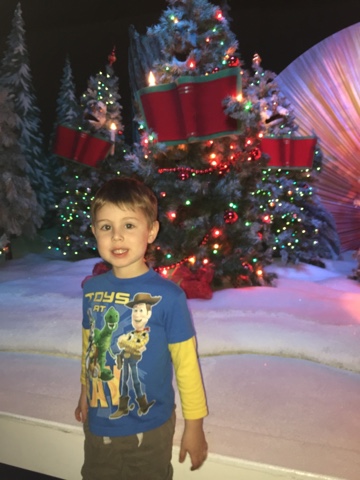 Mary hasn't been feeling to good today. She actually had a temperature when we got home :( gave her some Motrin so hopefully she gets some good rest. 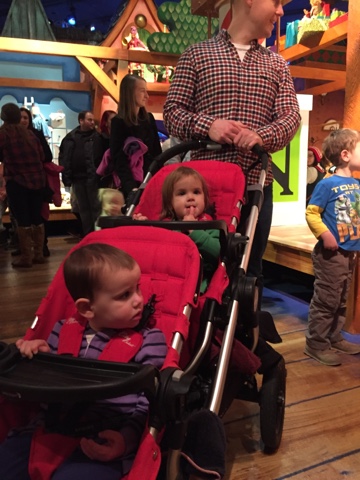 We weren't planning to see Santa this year, not really my thing. But Isaac had asked about it last weekend so I told him we'd see. There wasn't much of a line so we figured tonight was as good of time as any. We haven't seen Santa since Isaac's second Christmas. He remembered the photo of him crying on Santa's lap and the first thing he told Santa when he sat on his lap tonight was that when he was a baby he was crying and that he is four now. Then when Santa asked him what he wanted for Christmas he said "the movie that we saw at Costco". Luckily 'Santa' already delivered "that movie" to our house before even knowing Isaac was interested in it. ;-) 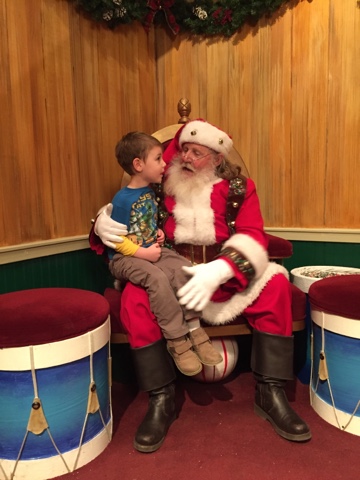 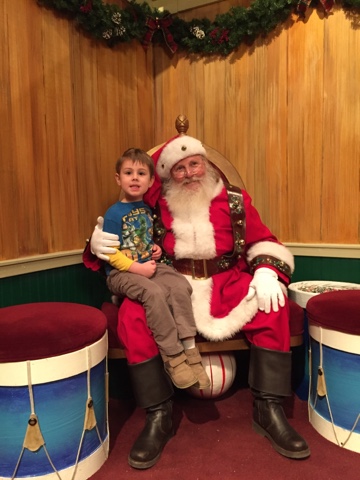 The girls got to see Santa but stayed in their stroller while Isaac visited with him. Not sure how they would have done if they sat on his lap, but they were waving at him from afar.
We left through the gift shop where Isaac learned about build-a-bears and was very interested in their stuffing. Maybe we'll do that someday.
posted at 12/17/2015 09:23:00 PM

Fun! We walked through Build-a-Bear at the mall today because they had some fun Star Wars ones. Not Parker's thing (yet) but maybe #2 will be interested. I did one as a kid and still have it!