Sunday September 29th was the Washburn Games I mentioned. This is a fundraiser for the Washburn center for children. We got word of this fun event last year through the Sanneh Foundation which is what we do summer soccer camps with. I'm really going to miss those camps, they were so good!!!  This year was, yup you guessed it... RAINING! Boy it was cold. When we arrived you could see the amazing skyline but by the time we left the sky was completely covered in clouds and the temperature had to have dropped ten degrees.

The Washburn games are like a huge track and field day. There are tons of stations set up and volunteers running them, Tony Sanneh was running the soccer station himself! Sometimes they have other pro players at various stations, I'm not sure what they had this day. The kids started with the run. 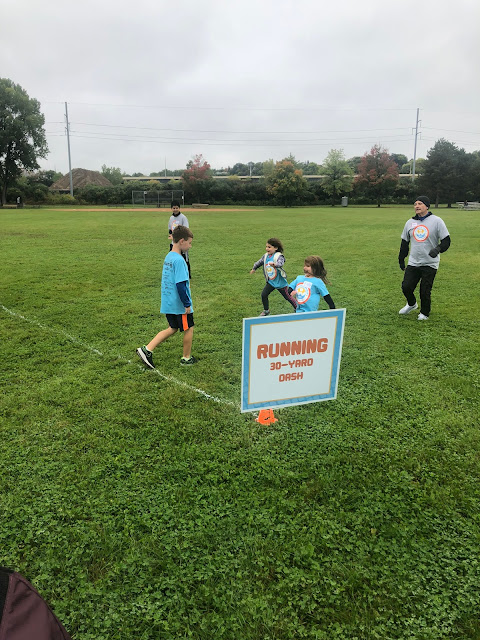 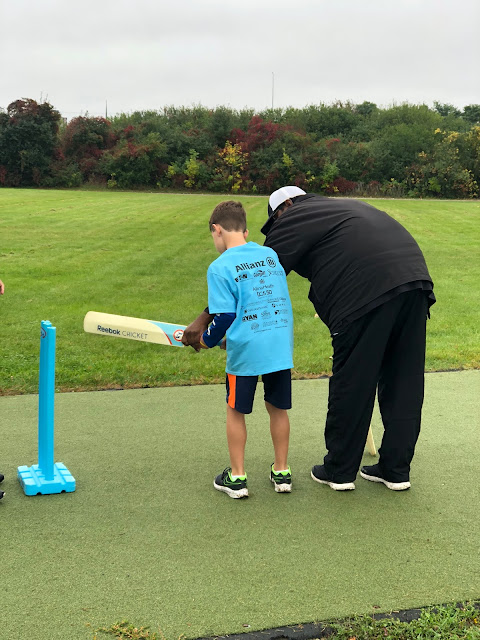 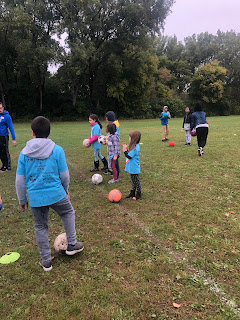 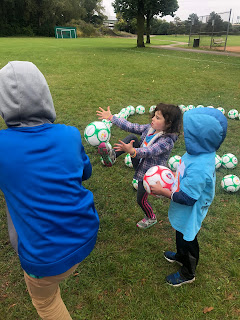 There's Tony. Mary made it all the way through the three soccer stations and got to keep her ball! 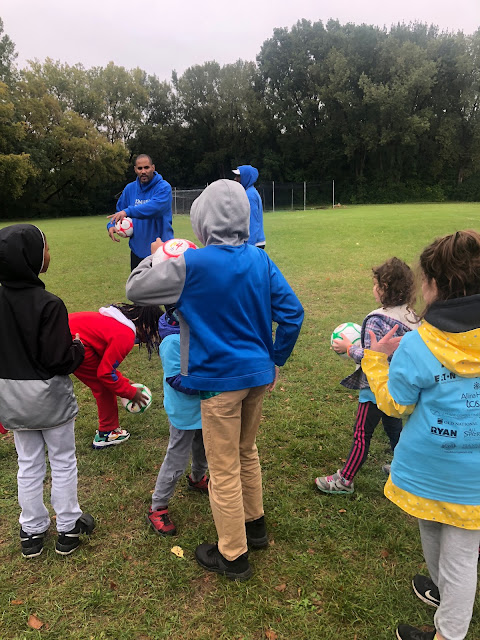 The girls were really into the art station and got their face painted and hair colored. 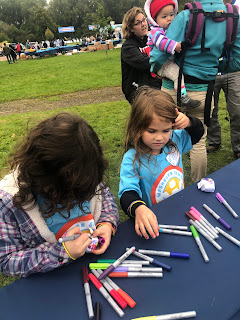 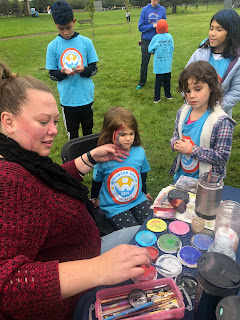 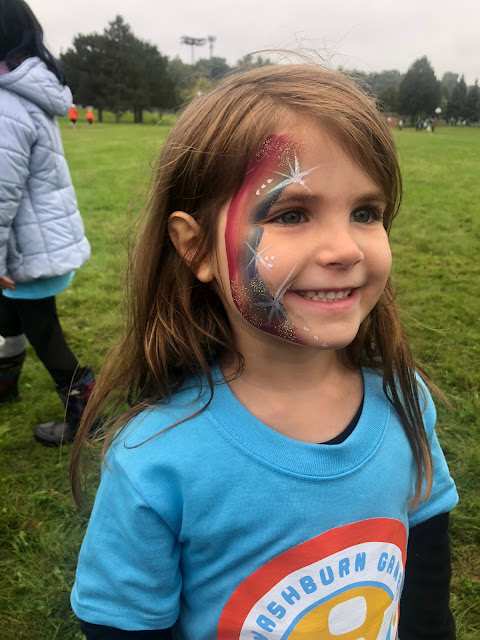 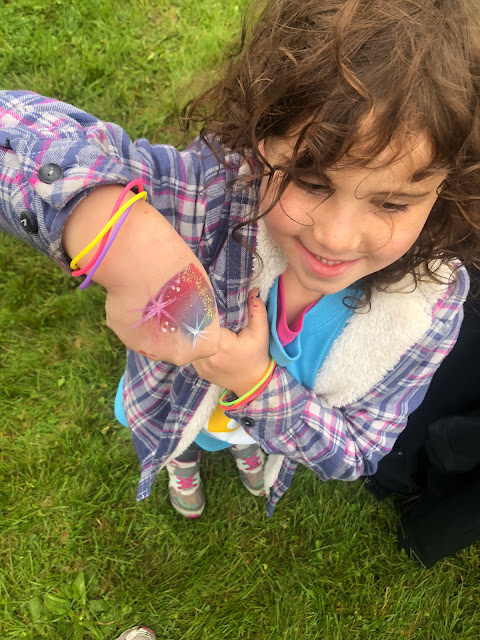 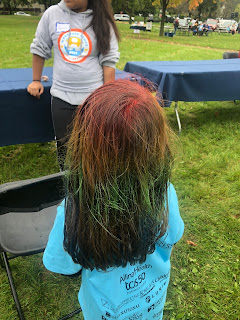 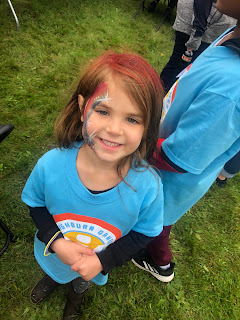 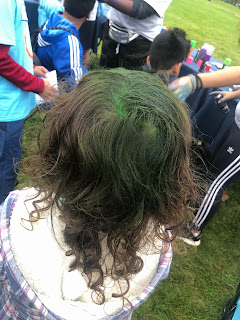 There was baseball, kickball, hockey, football catching, kicking, and throwing. They also did beanbag toss, and lacrosse. We were all frozen and ready to go home by the end of it. Isaac's name was drawn again and we want a $50 gift card. Great event and turns out Cargill is a huge sponsor as well. Maybe when we return to Minneapolis Kyle can help with the behind the scenes of putting it on. 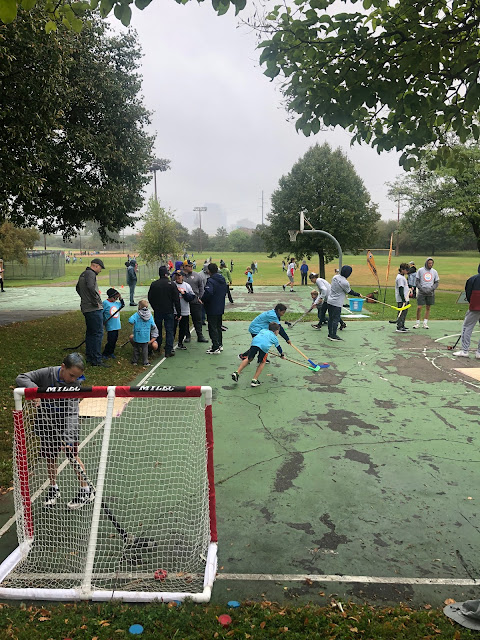