The last weekend of April we went to visit a train museum we'd never even heard of. It's in south Minneapolis and called Hennepin Overland Railway Historical Society. I was given a pass as a left over my my MoMs club benefit raffle. It is only open September through April on Saturdays and Sundays so if we wanted to utilize the free family pass we had to go THEN. lol. 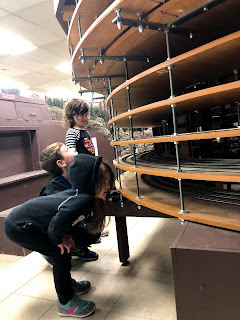 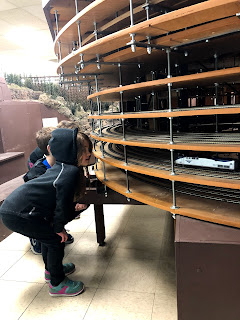 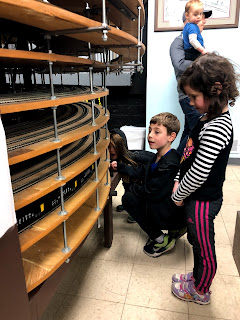 The kids really liked watching the trains and it made since why it wasn't opened much. It was a huge model train set up and people brought their own built trains to run on the tracks. Making it only open Saturday and Sunday makes it worth while, it wouldn't be any fun to arrive and no one was driving their trains. 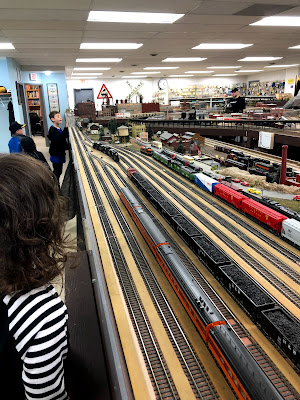 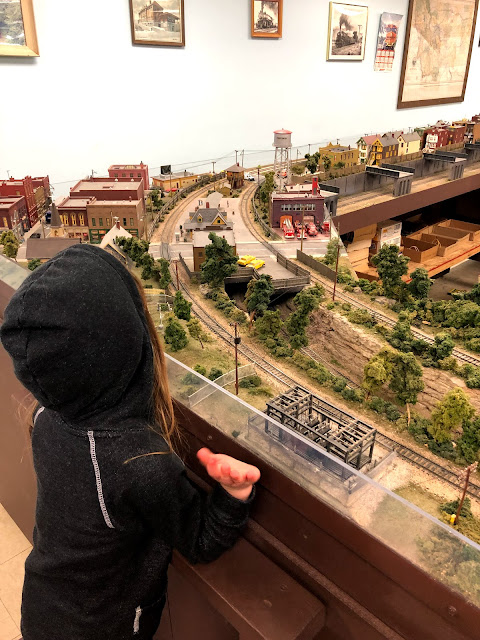 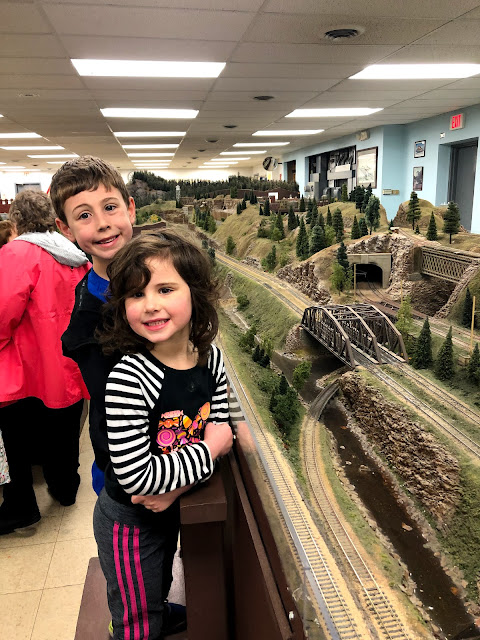 They had a couple small kid train tables set up at the front for kids to play at which was helpful because they aren't allowed to touch the big model. 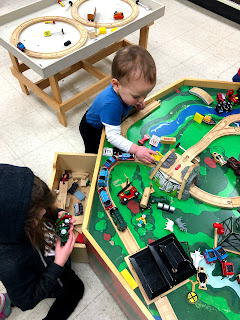 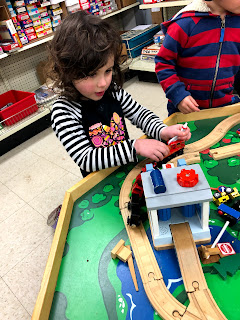 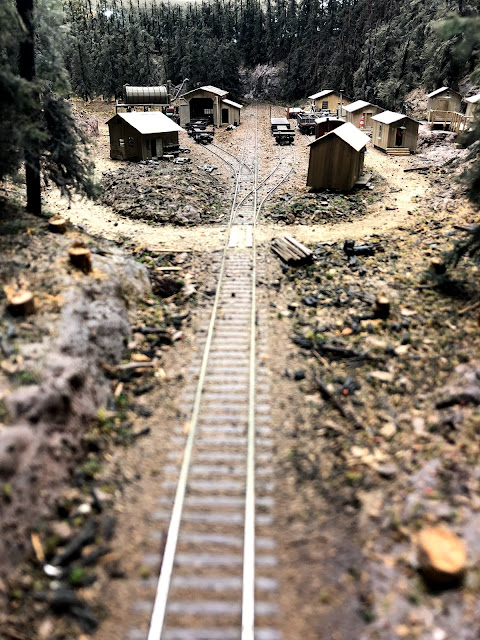 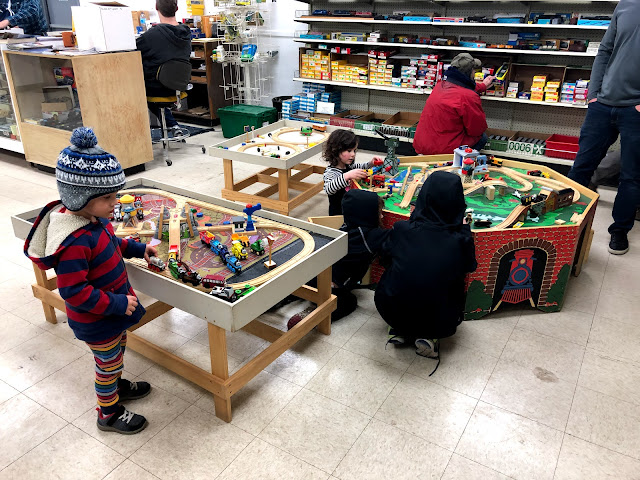 There was even a Cargill train, lol. Tried to capture it in action but a little blury. 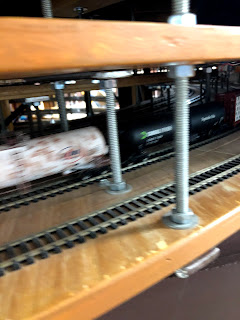