Isaac had a little school performance on Friday that we attended. He had been memorizing the poem all month. They had songs and each group of animals took a turn to perform. He was in the mole group. 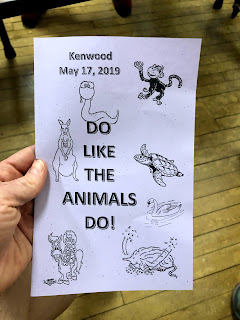 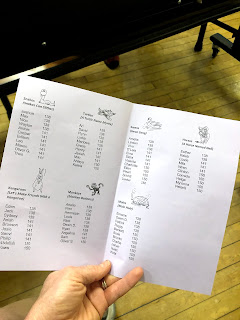 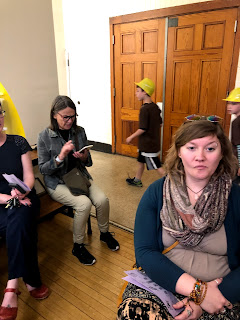 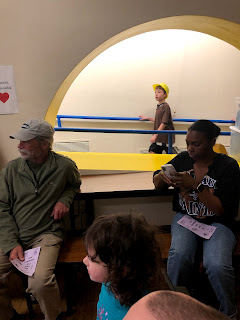 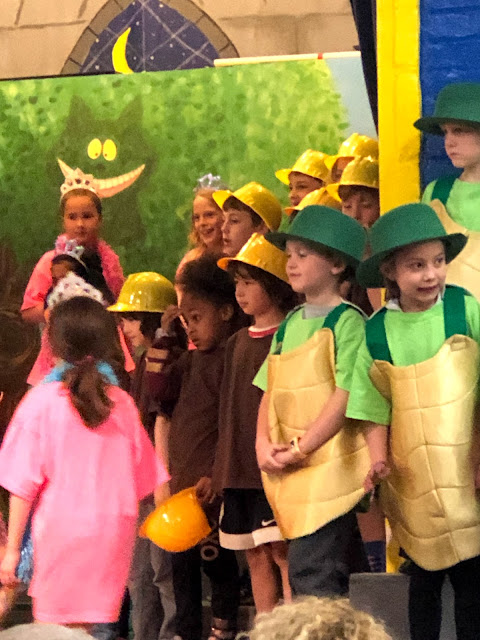 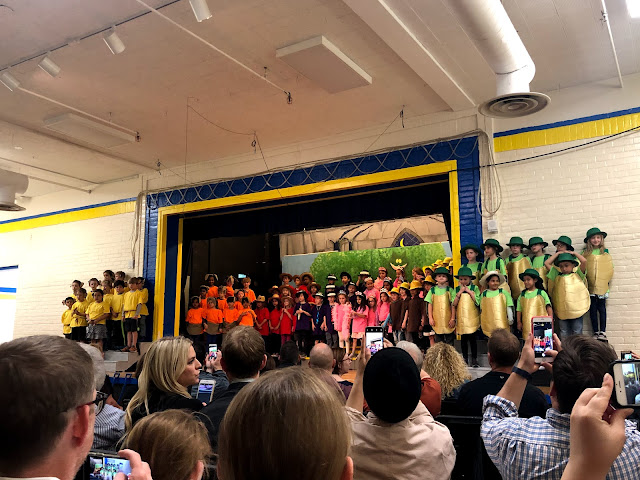 The girls and Thomas had a fun time watching. Had to keep Thomas contained. It was nap time and was a little crabby but overall did great. 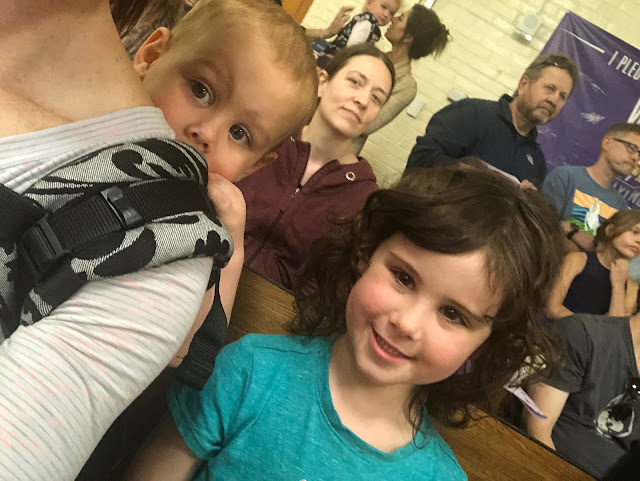 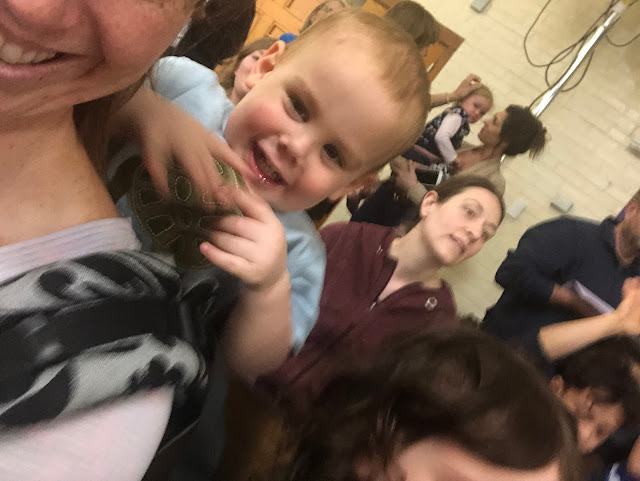 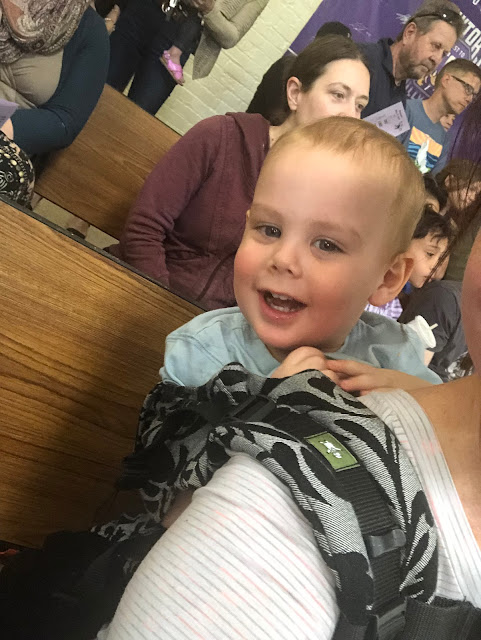 Emma was bopping around and bonked her chin on the bench. Made the LOUDEST thud! She lost it for a bit but calmed quickly to watch the remainder of the show. 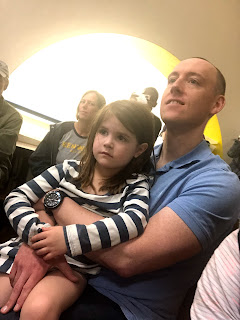 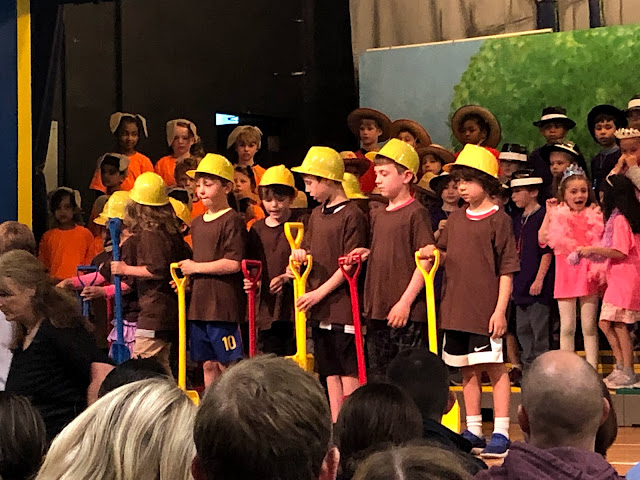 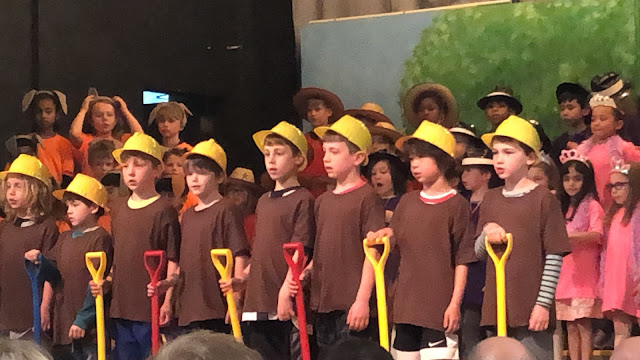 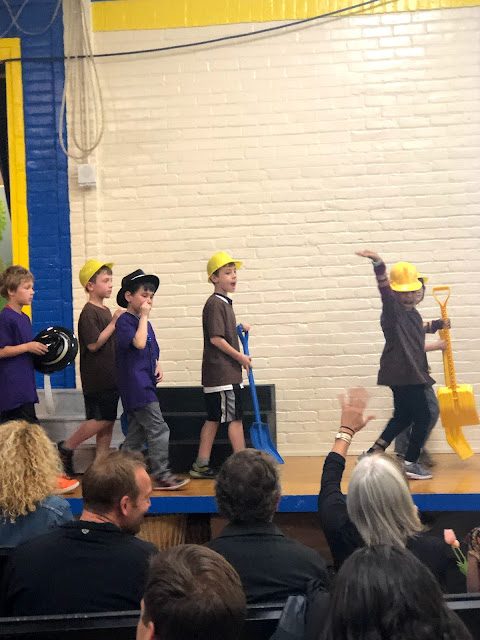 This was Isaac's artwork hanging in the hall, it's a Where the Wild Things Are creature. 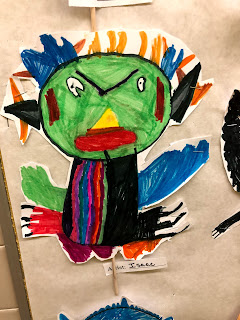 Emma's chin didn't look like much until later that evening. She has a nice bruise now 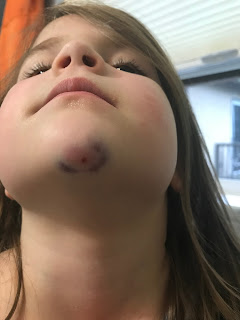