Last Thursday I took the kids on a trip to the Arboretum. We planned to check out the story time that takes place in their library on Thursday morning. Not too impressed, it was to start at 10:30, we arrived about 10:25 and the little old lady was already midway through a book. There was no seating where Isaac could see the book and the girls were tucked over behind a bookcase in their stroller. We stayed for the remainder of the book we entered in on and then halfway through another when Isaac decided he was not interested and would rather leave to go have our picnic. I agreed, so we snuck out and probably won't be returning.

We did however get to find the remaining three Lego sculptures (here are the first 10 we saw). Two of the three were inside so even if we searched last visit we wouldn't have been able to see them since the visitor's center was closed.

We happened upon the first in the conservatory:
#4 Giant Corn Spider ~ 16,492 Lego bricks 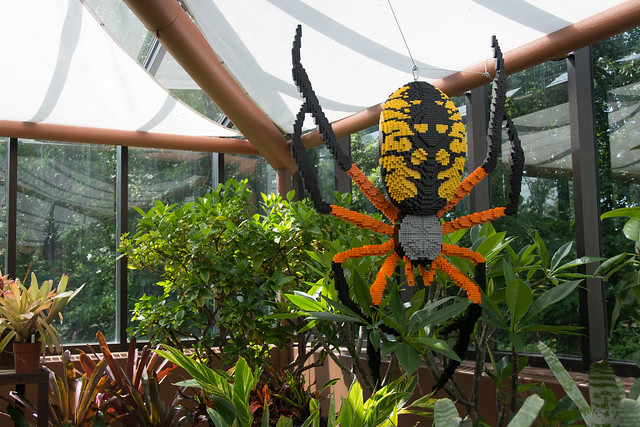 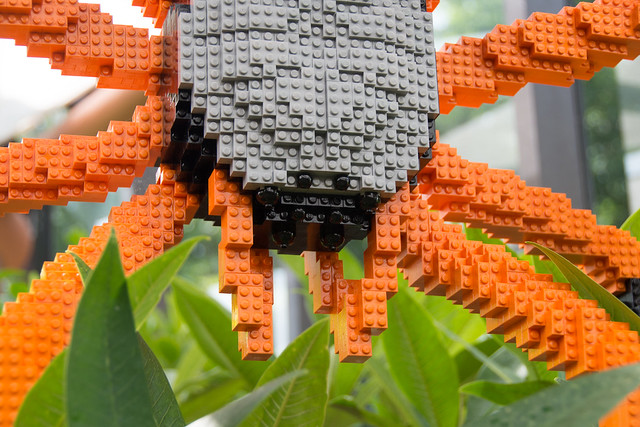 The next one was also inside and rather disappointing. I was expecting something bigger than this... 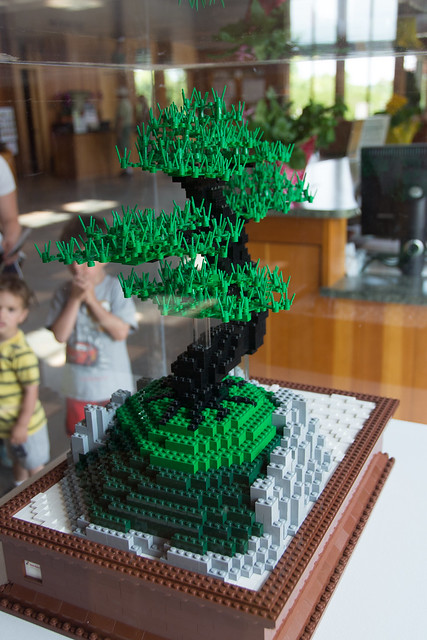 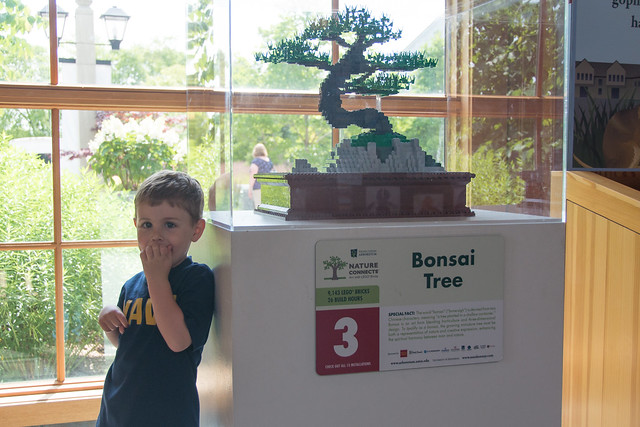 And lastly the dragonfly, which we saw before but didn't get a picture of it. We drove by it a few visits ago. 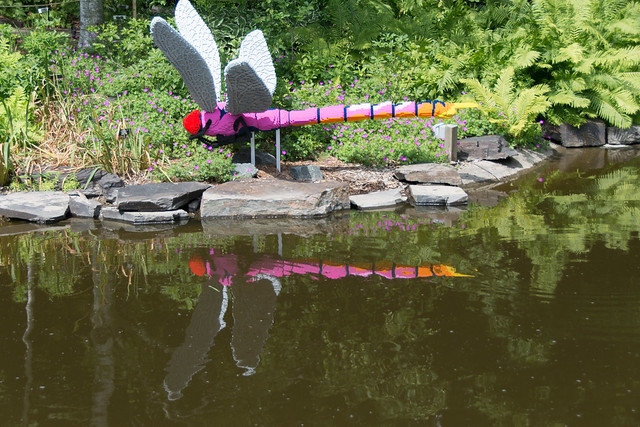 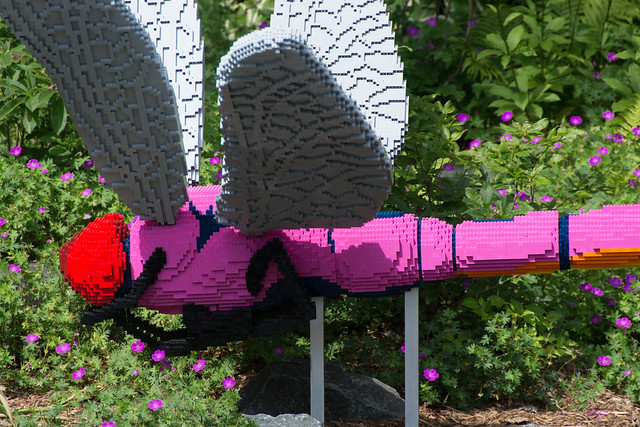 attempt at a family picture 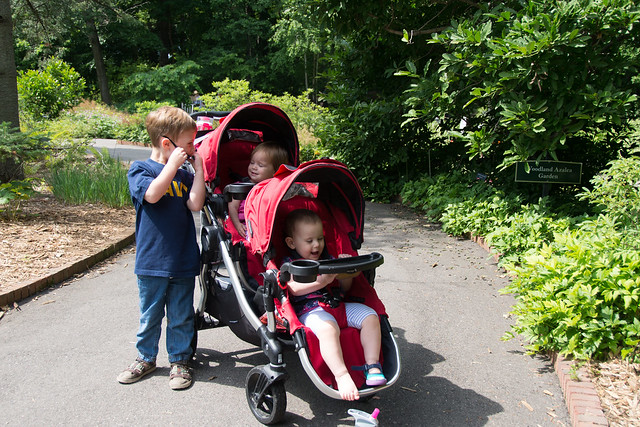 The beautiful Dahlia's starting to bloom 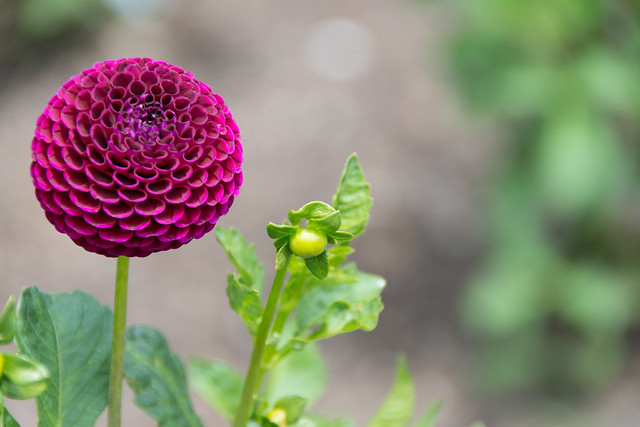 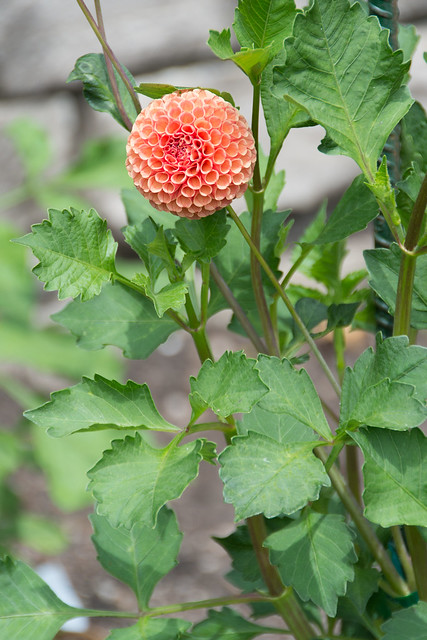