Isaac had his first TBall practice last night. We signed him up for our neighboring town because our city's TBall program doesn't start until 4 years old.

We arrived and the kids all got shirts, there was only one size so they all pretty much got swallowed up by them. Isaac played some catch with dad waiting for it to start. 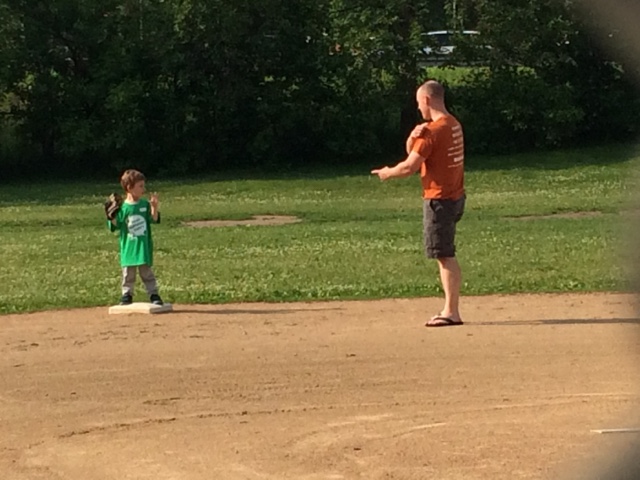 The practice consisted of them dividing up into three groups and each having a station. First they all gathered up in the outfield and stretched. Isaac kept falling over, it appears he doesn't have good balance. We'll have to work on that. His first station was learning to run bases. The coach taught them about each base and they got to run them in order. Isaac was beeming with joy the entire time and had so much fun! He was really burning energy running around. 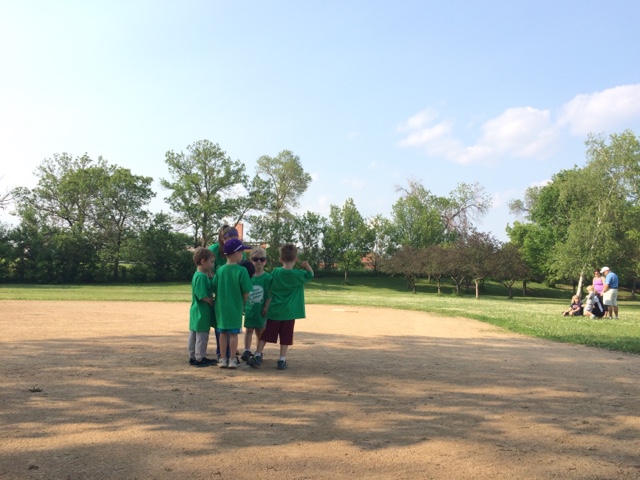 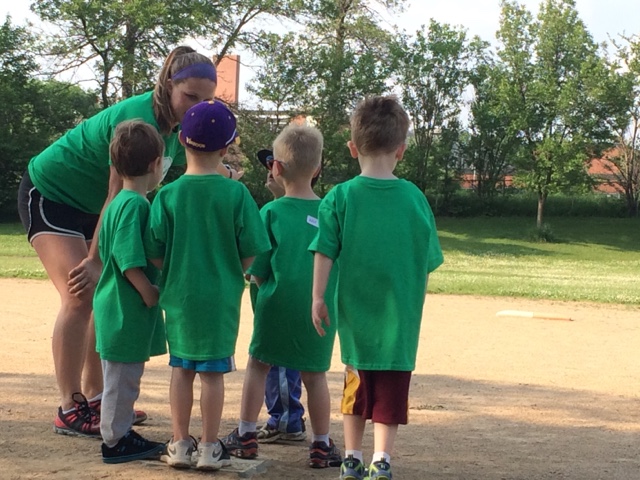 Emma was having fun watching as well. 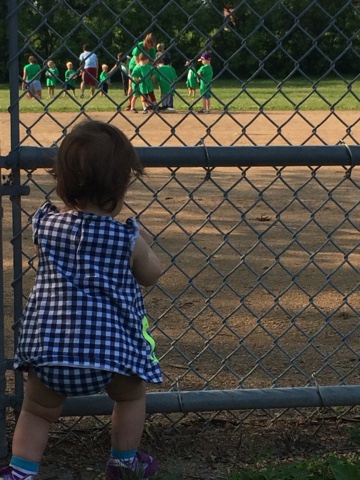 The girls had fun crawling around the blanket and grass. It was a beautiful evening. 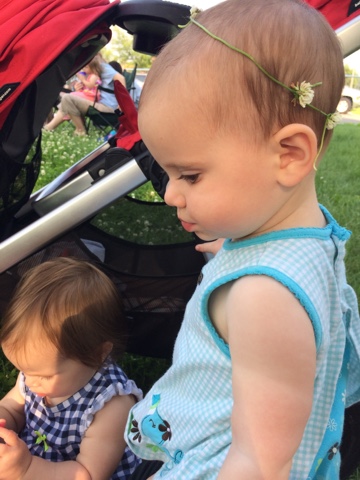 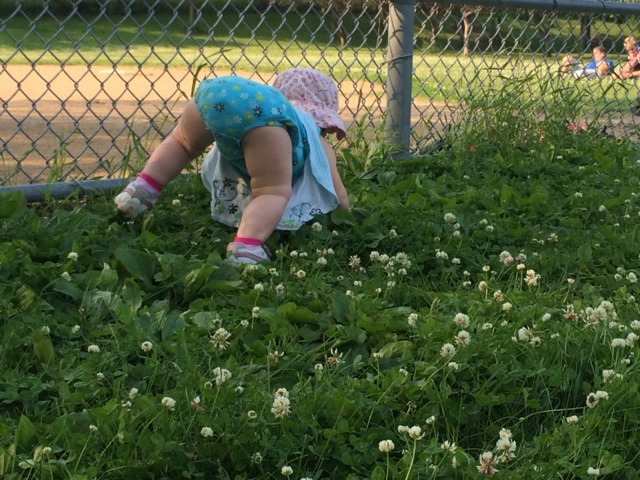 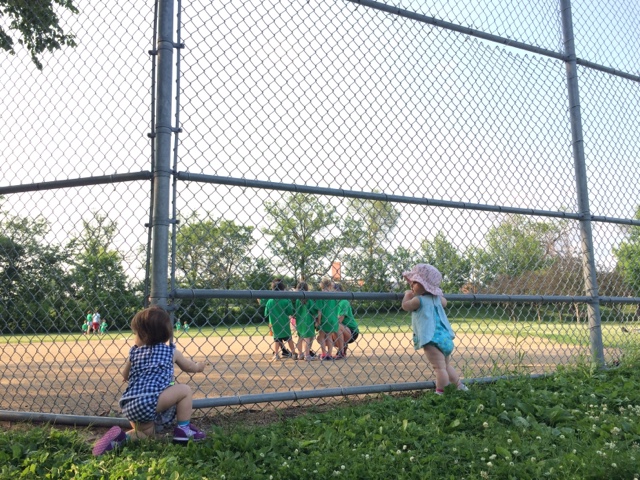 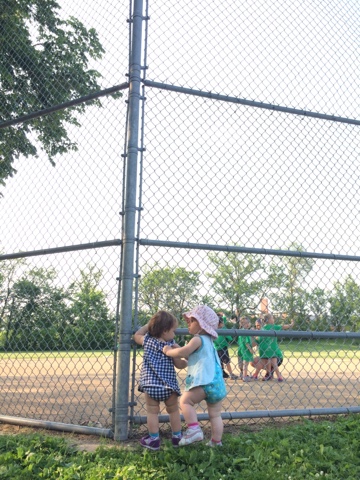 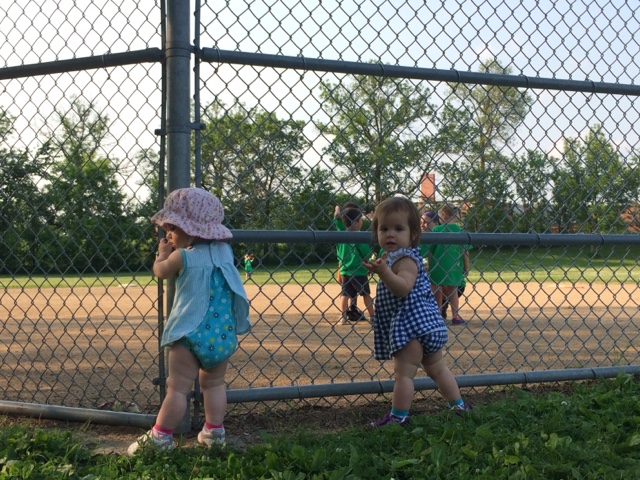 After the bases station, the head coach blew his whistle and Isaac's group made their way to the outfield. Well after numerous water breaks. Here they practiced catching and throwing the ball. The last station was batting. Isaac had batted left handed and the coach started to correct his hands and stance then we explained he's used to batting left. So the coach corrected his directions and Isaac batted away. Pretty good swing!

Here's a video of Isaac batting: 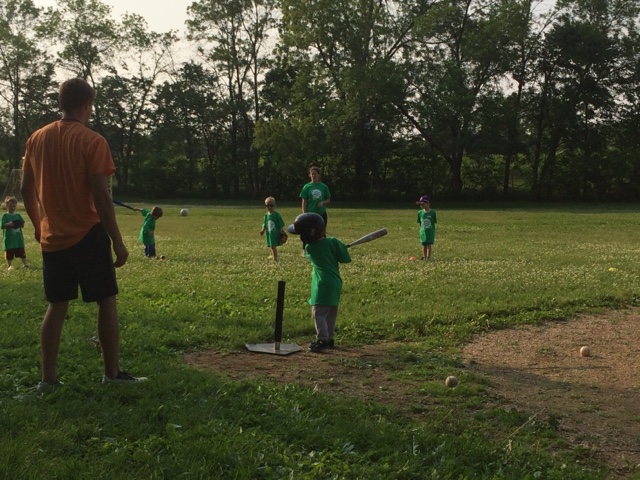 And his proud family watching: 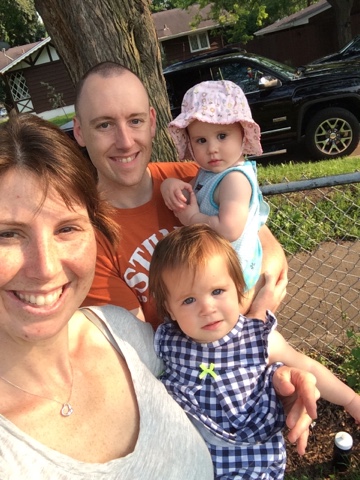 Isaac is in the field catching another player's hits: 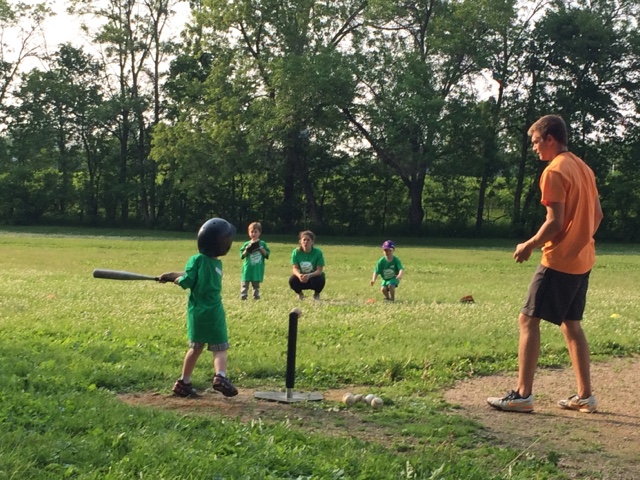