Last Saturday we decided to make the most of our baby waiting days and head to a Twins game! So glad we did as that was the last nice day we've seen around here. Going on day 4 of raining (mixed with snowflakes) days. 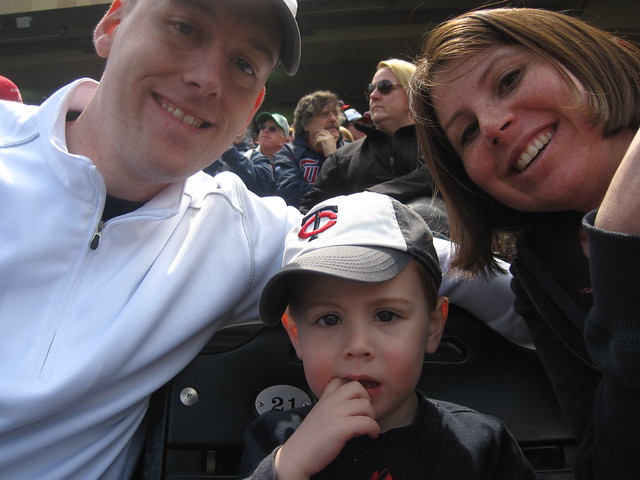 It was a gorgeous day and since we hadn't been to a baseball game in well over a year we decided to get better seats. Isaac had a good view to watch outfield flies being caught in right field. 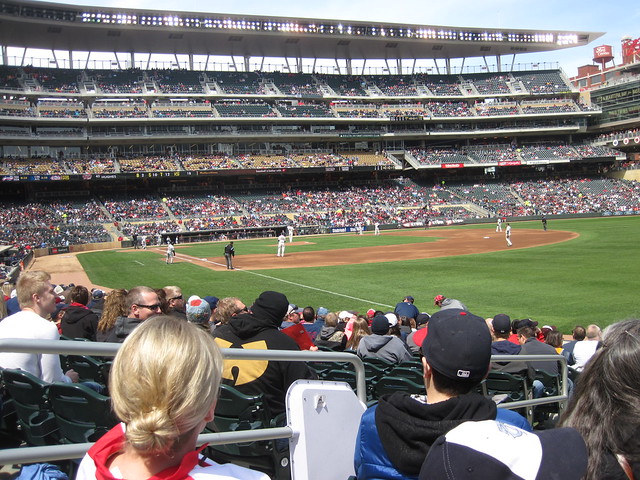 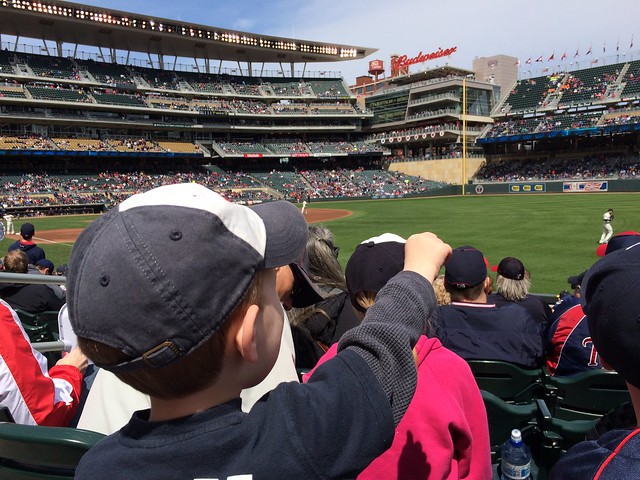 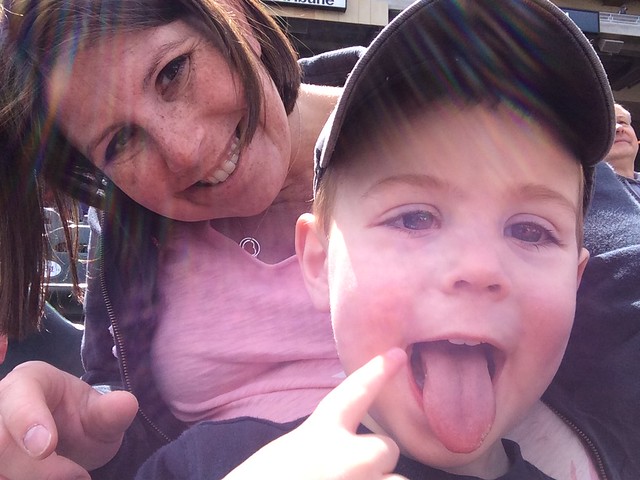 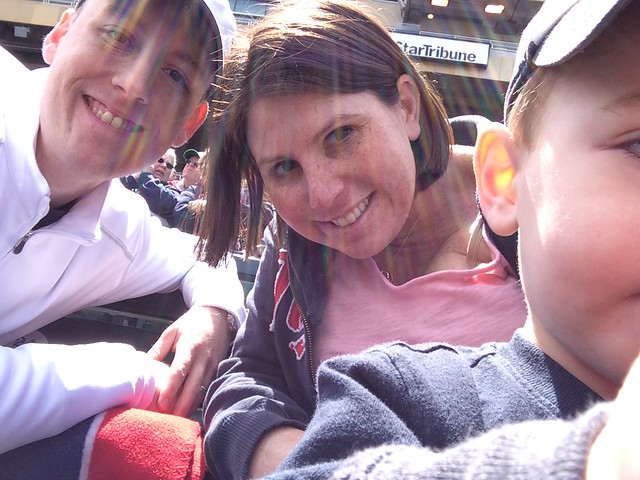 It was nap-time but his naps are off and on as it is so I knew he'd probably be okay. He did end up jumping around with excitement after the national anthem, then hitting his head on the chair which he got upset more-so than he would have if he was better rested. Luckily I stuck in a couple books, which always seem to cheer him up. More so his security blanket because he says "Dada read veggie tales" but really he just wants you to hold it open while he watches the game :-P (Kyle remains on the look out for foul balls) 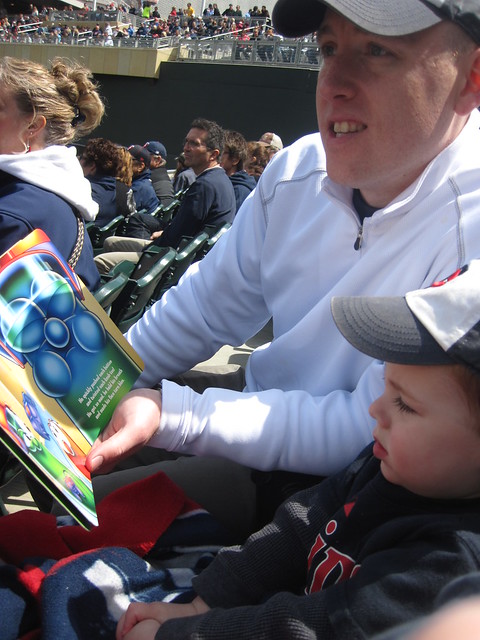 It was nice out when we were in the sun, once the sun went behind the stadium it was a little chilly. We brought a blanket just in case and Isaac had fun playing under it 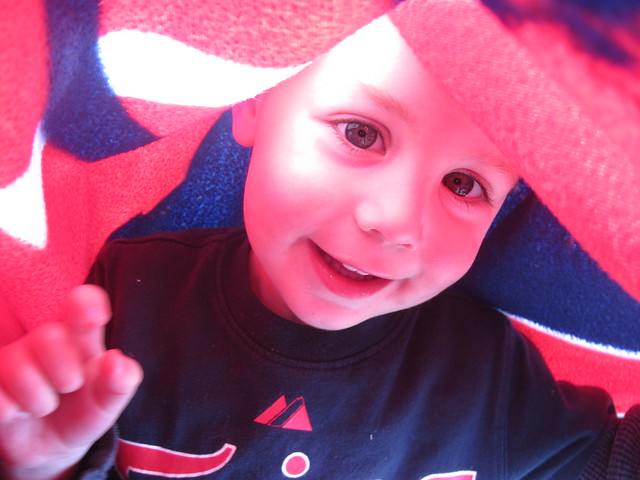 An attempt to get Isaac laying his head on my belly. 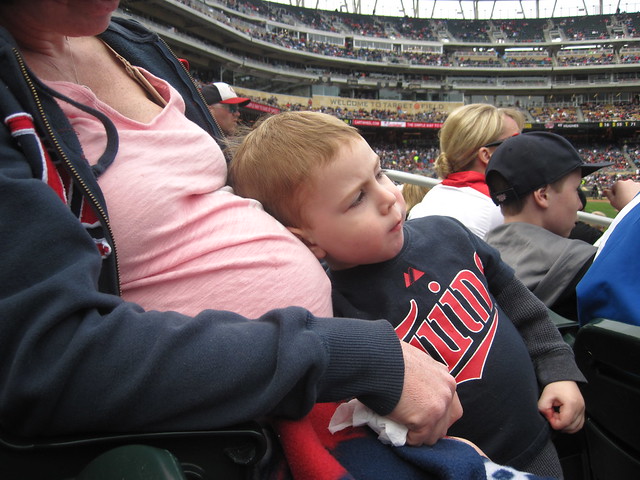 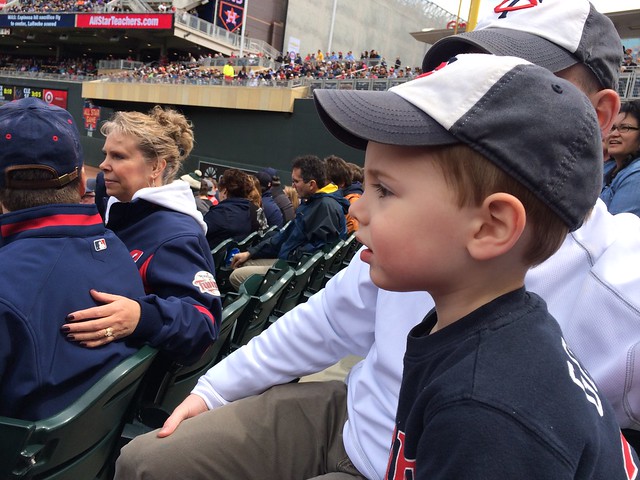 I realized Monday when driving by the stadium again after the babies appointment that we should have gotten a picture of me standing by a 'Twins' sign pointing at my belly. Ah well.

Isaac playing on my phone toward the end of the game 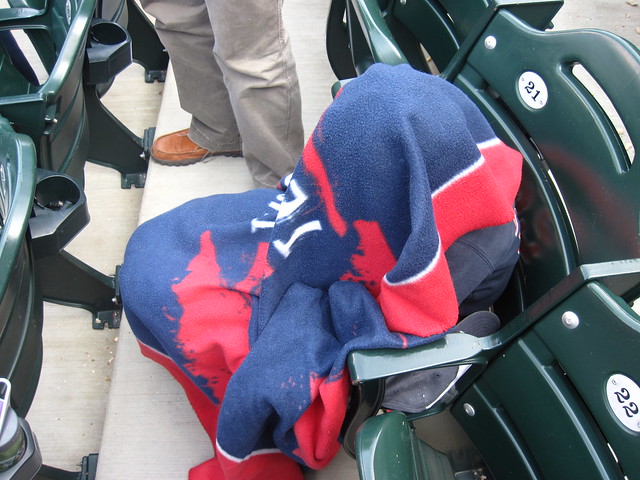 I managed to make it to Inning 8 before wanting to use the rest room. I told Isaac if he came with me we weren't coming back to our seats (it was quite the walk down to row 14). We waiting the last half inning or so up at the top under the heaters enjoying hot chocolate. The Twins WON! 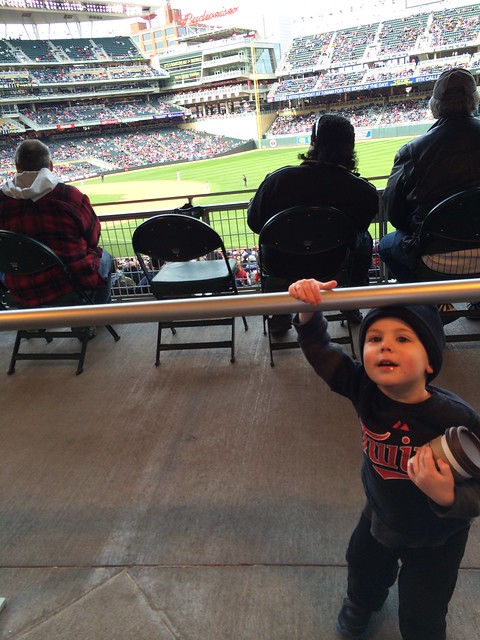 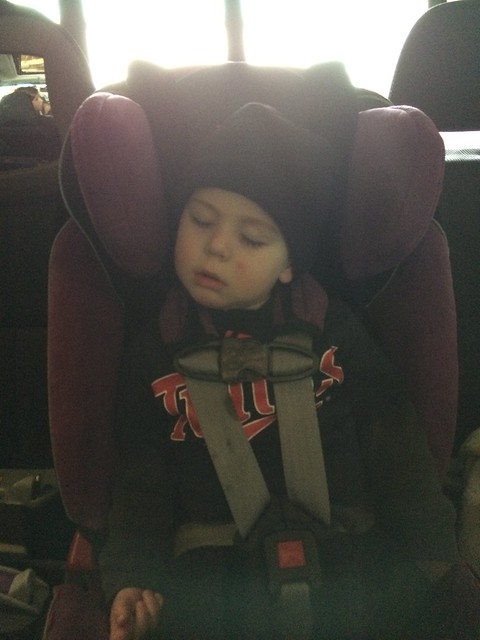 He's been so cute since then saying "Baseball game again, with daddy & mommy". We're gonna see about maybe going to our local High School's baseball games that are just down the street. Or maybe a Saint's game once the babies come.
posted at 4/30/2014 02:18:00 PM